Over the Bank Holiday weekend and the early part of last week, we had really atrocious weather. Prolonged heavy rain, and temperatures much colder than normal for this time of year. We had a night-time temperature of 3.7C one day last week! Autumn has come early this year, it seems.

Despite all this, I have continued to harvest salads, even though it feels as if I should be harvesting Leeks, Swedes and Brussels Sprouts: 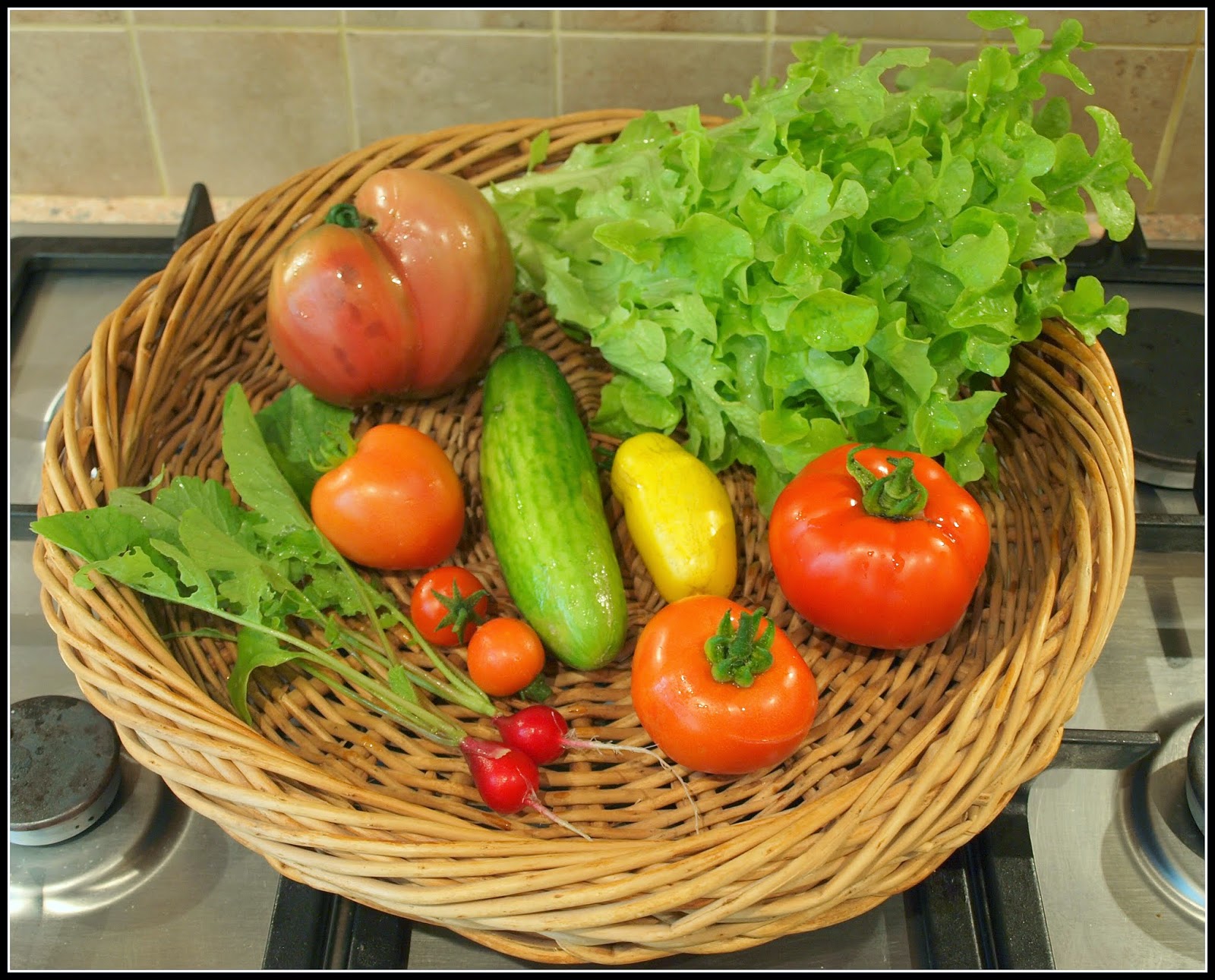 The tomato harvest this year has been slim (you already know why, I'm sure), but the Lettuces keep on coming, as do the Cucumbers. 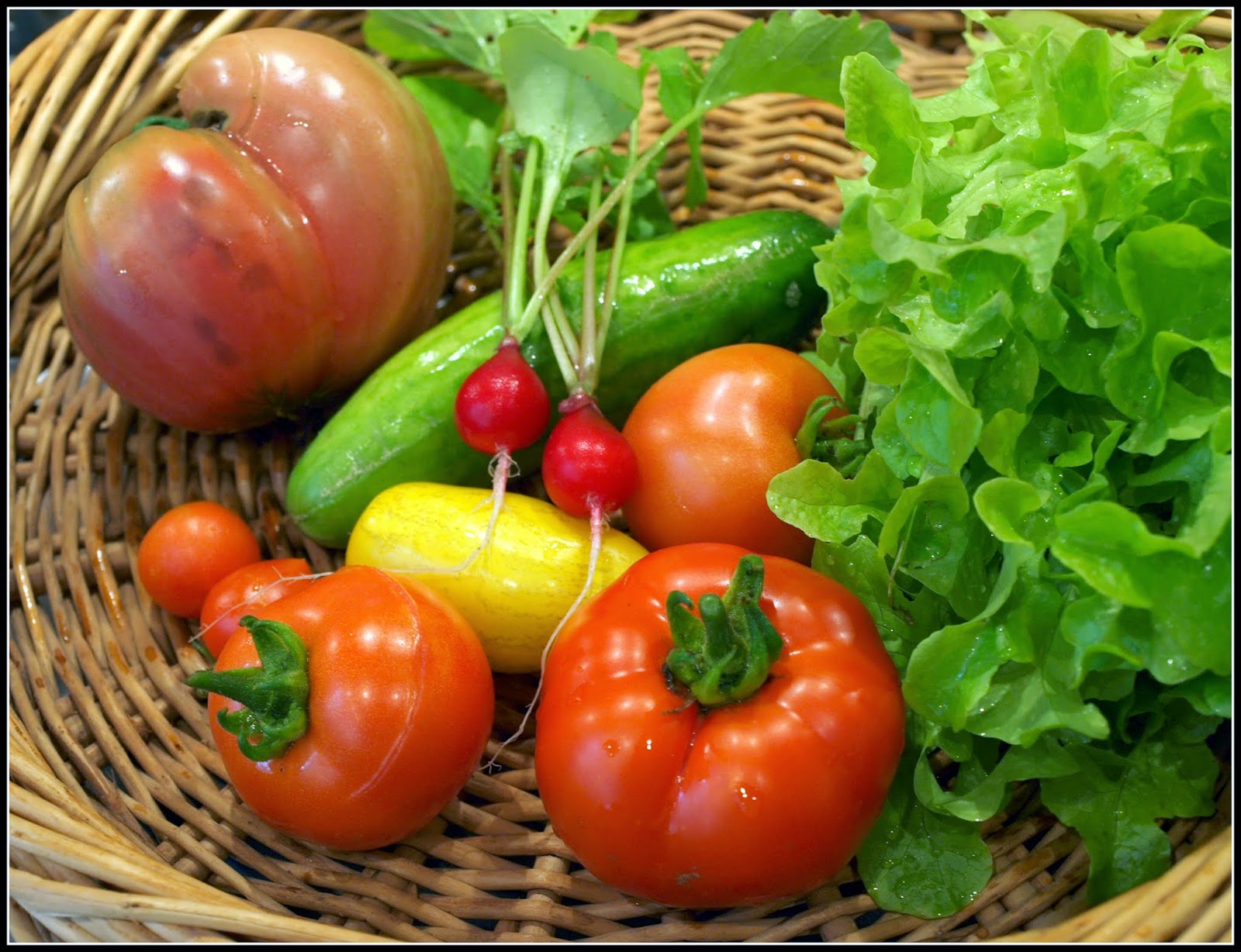 As you can see, I also picked two Radishes. Well, I know that doesn't seem too impressive, but for me it's a significant victory, because they were grown in a pot. In the past I have had little success with growing Radishes in pots. They generally bolt before bulbing-up. This time it looks as if most of them might (might) be OK. Let's hope those first two are a sign of things to come.

I had to pick some of the tomatoes before they were ripe, because they had split after the heavy rain. I felt that it would be better to bring them indoors and try to ripen them in slightly warmer conditions. This one is a "Noire Charbonneuse" beefsteak, grown from seeds sent to me by my friend Eddy in Belgium. When ripe (as I hope it will eventually be), it should be a deep brownish red. 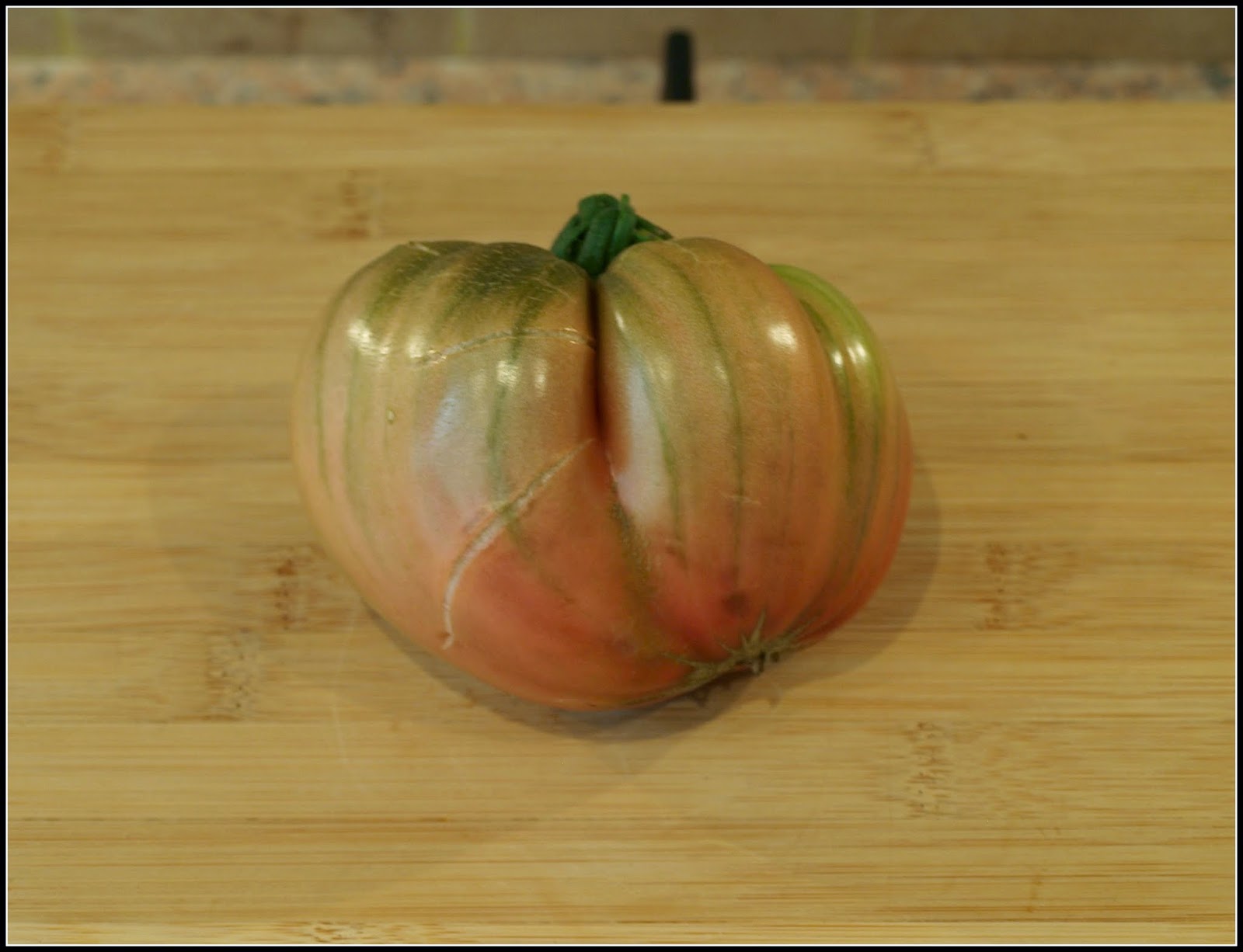 The "Autumn Bliss" raspberries are trickling in again. Never enough of them, but individually mostly  nice specimens, although a few of them have been attacked by the Raspberry Beetle, which leaves them with dry brown patches. This batch was only about 100g. 
I picked what will probably be the last significant lot of Blueberries, since there are only a few berries left on the plants now. This lot was 420g. 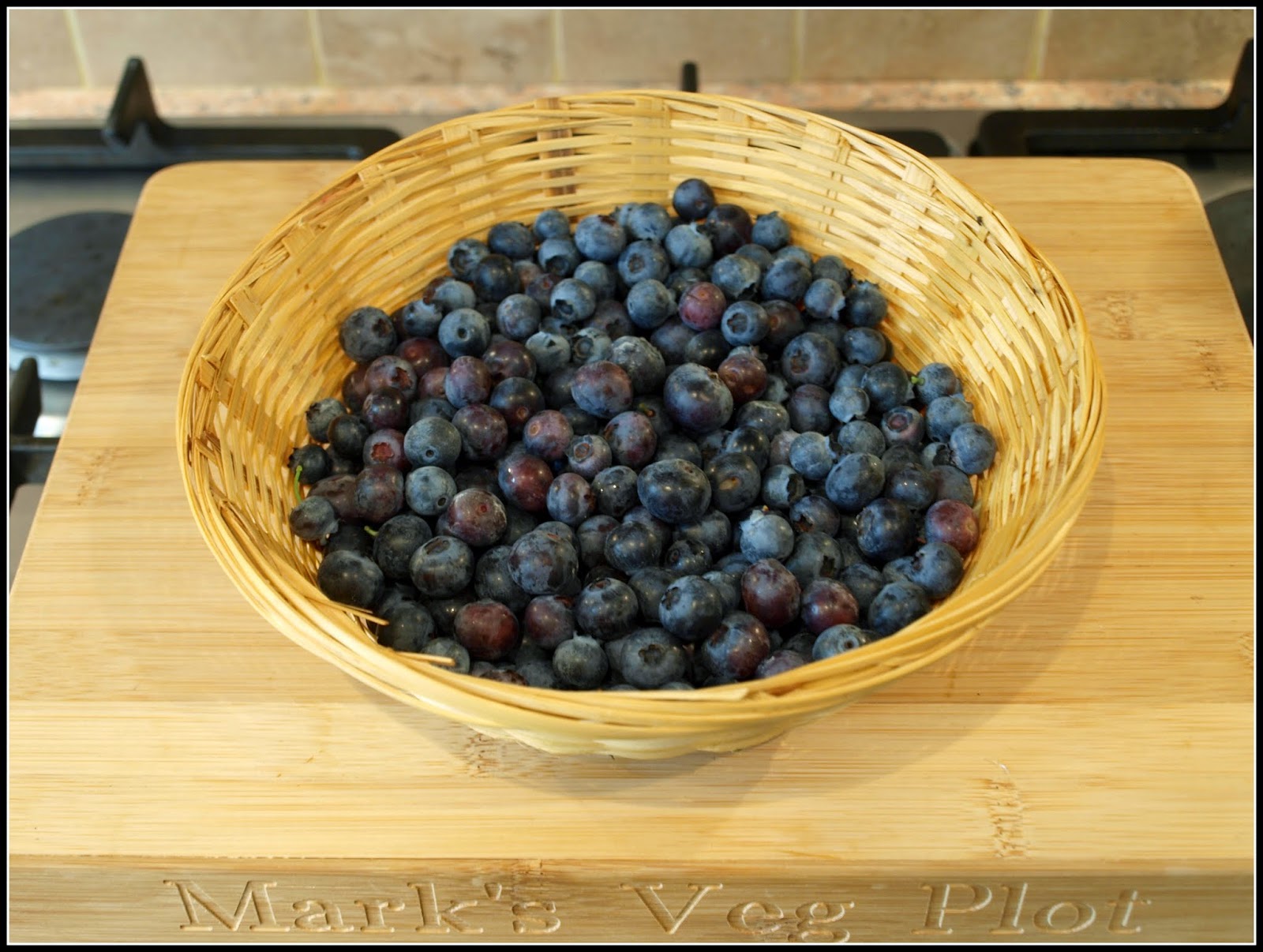 On the day when I picked that last batch of Raspberries, I also picked some Runner Beans, a Radicchio and a "Predzvest" Cabbage. 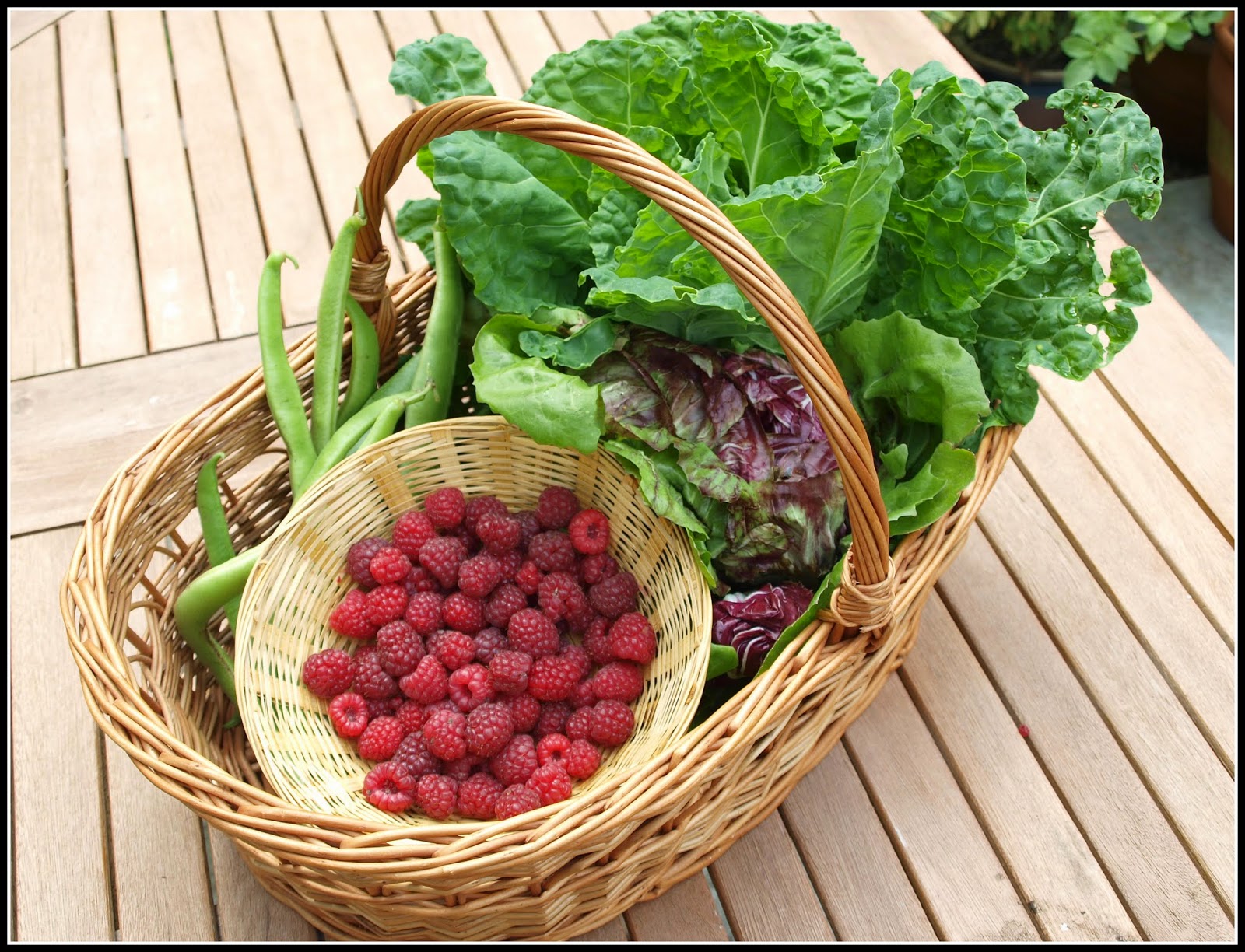 The Cabbage was not a brilliant specimen. It hadn't really formed much of a heart, but it was beginning to go tall and lanky (shielded from the light by a bigger sibling), so it had to come out. The Radicchio ("Palla Rossa di Chioggia") was a decent one though. Its crunchy texture will make a nice change from Lettuce in our salads. 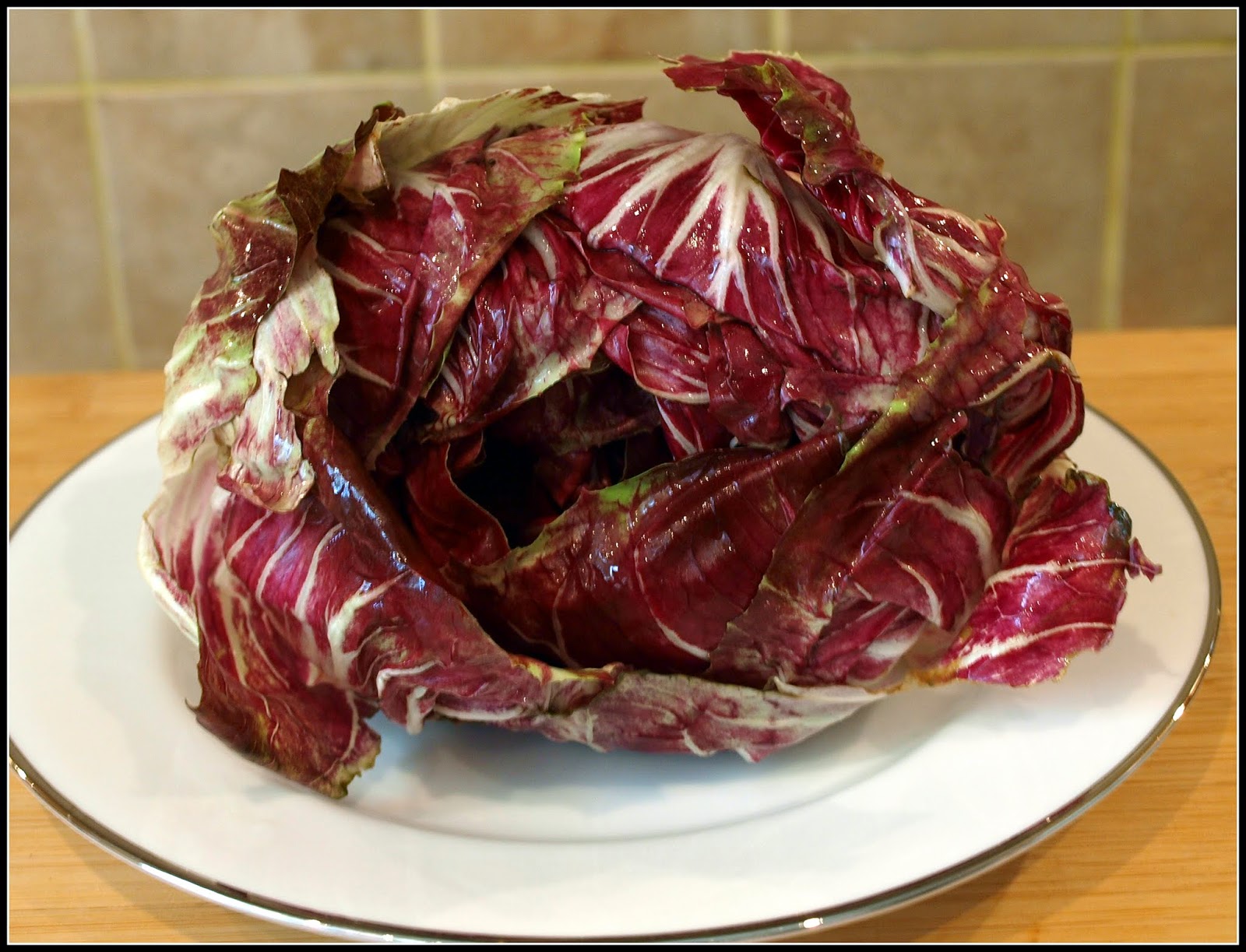 And then there were the Leeks... Ta dah!! 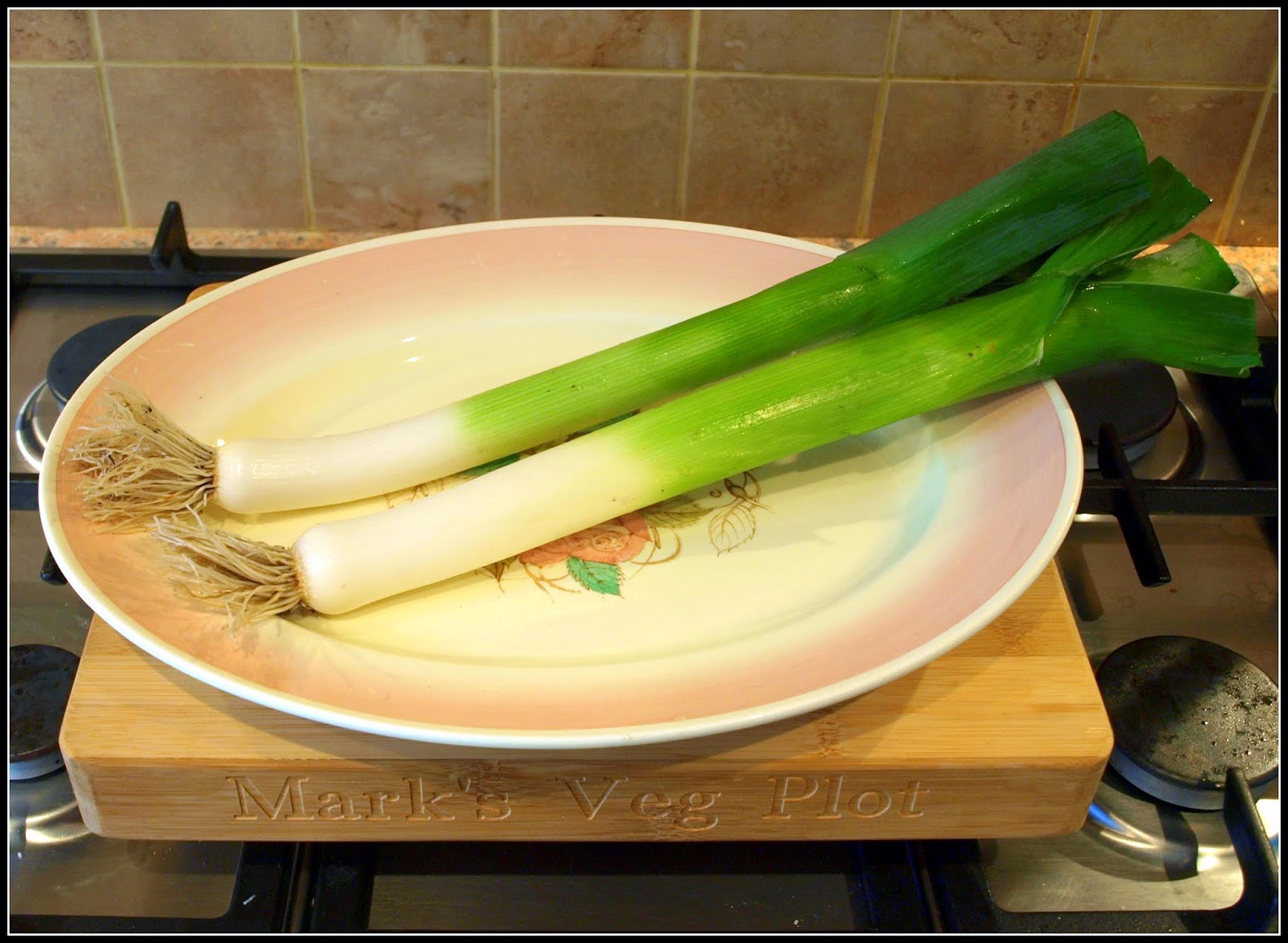 I'm very pleased to have been able to produce those. I know it's not a big achievement, but it does feel good when you manage to grow something that you have not grown before, and they turn out right!


This is my entry for Harvest Monday, hosted as ever by Daphne's Dandelions, so pop over now and see what everyone else has been up to...
Posted by Mark Willis at 12:00