Along one side of my garden I have a row of "Autumn Bliss" raspberries, growing against the fence. At this time of year they are an unruly tangle, somewhat inadequately restrained by three parallel wires secured to eyebolts in the fence-posts. 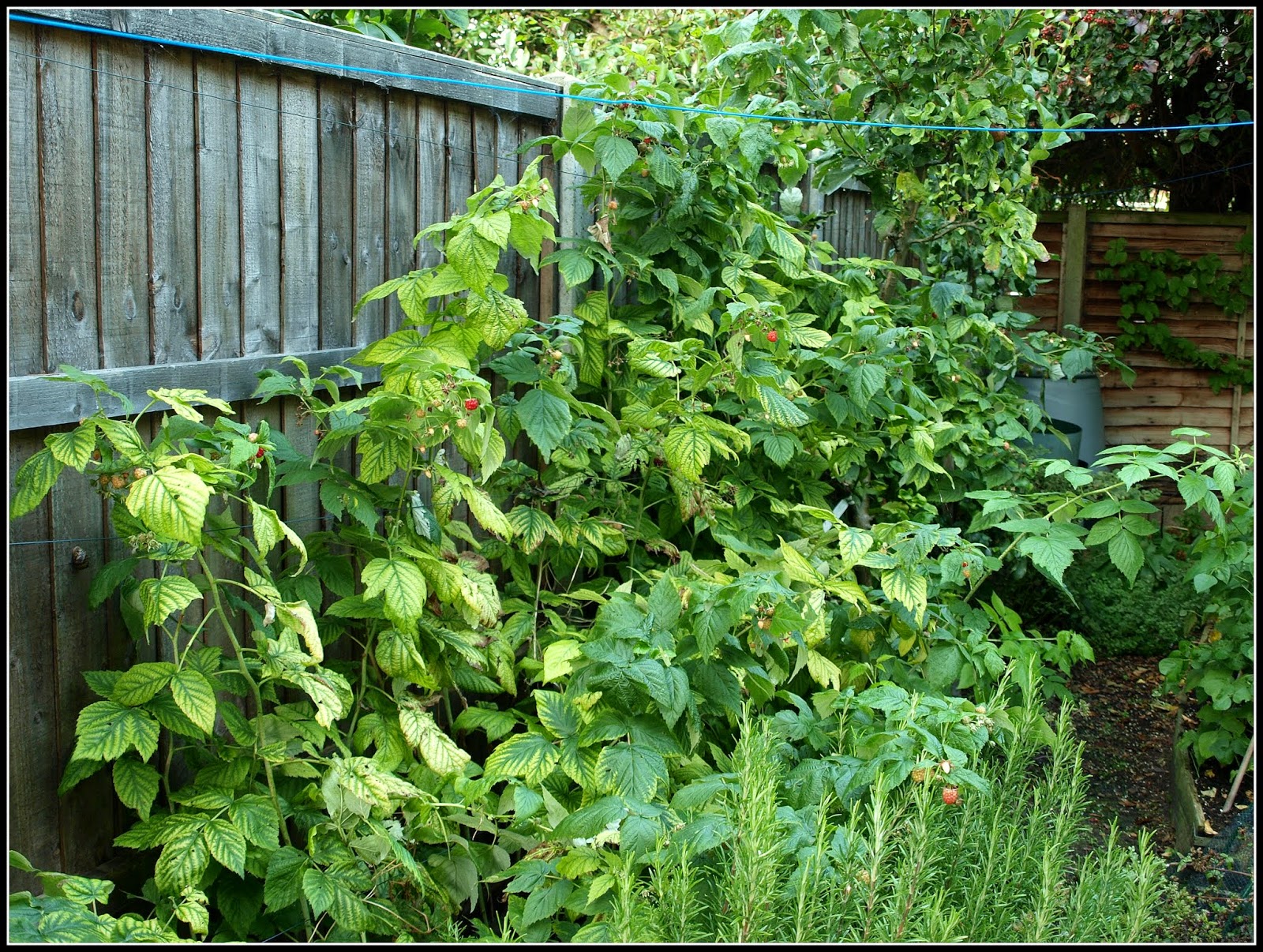 I am concerned about the state of the raspberry foliage. Only the leaves at the (still growing) tips of the canes are green now; the rest are pale yellow with pronounced green veins: 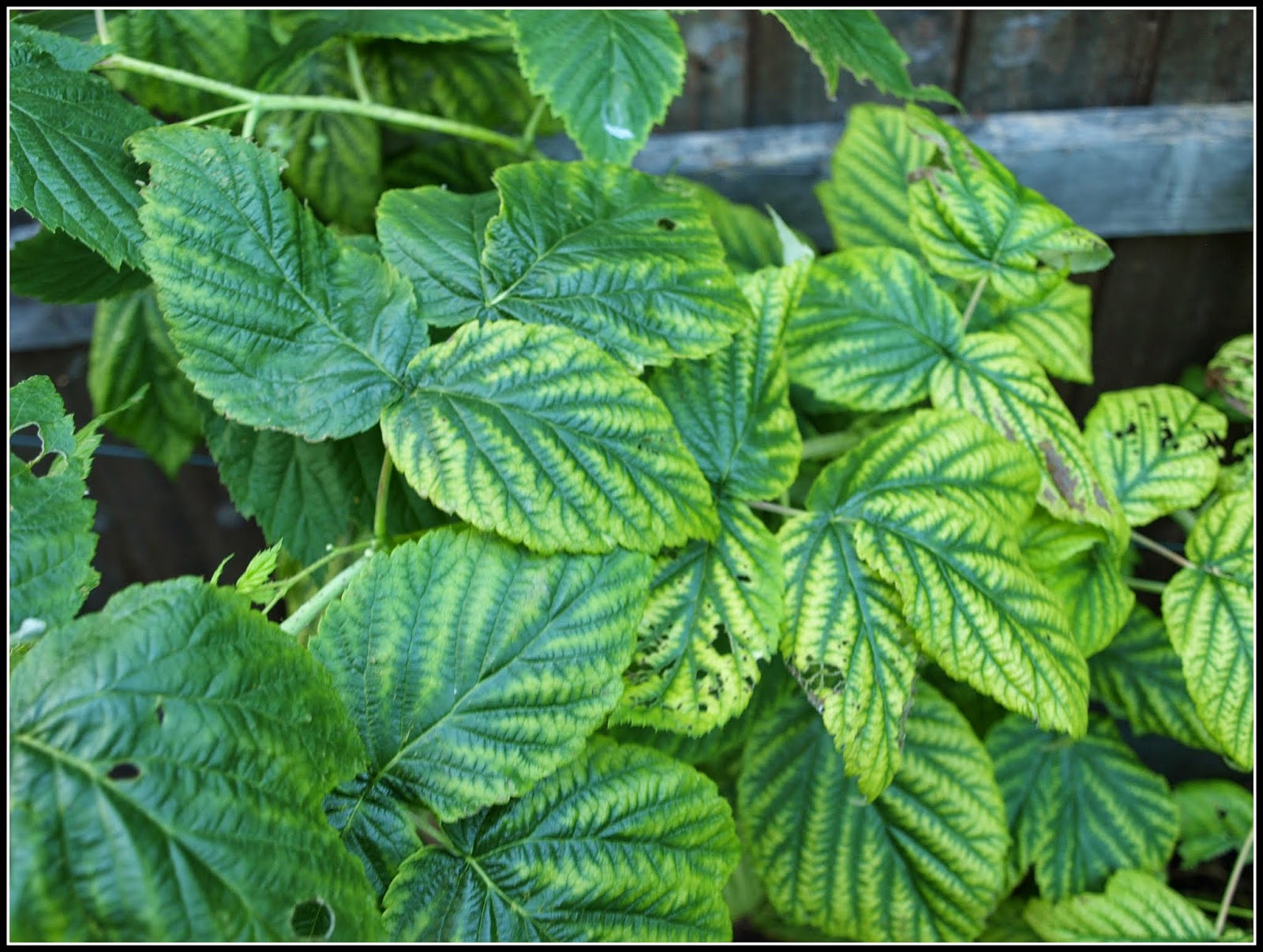 Is this a mineral deficiency or a disease, I wonder? And what should I be doing about it? Can anyone advise me on this please?

Despite the state of the leaves, the fruit seems OK: 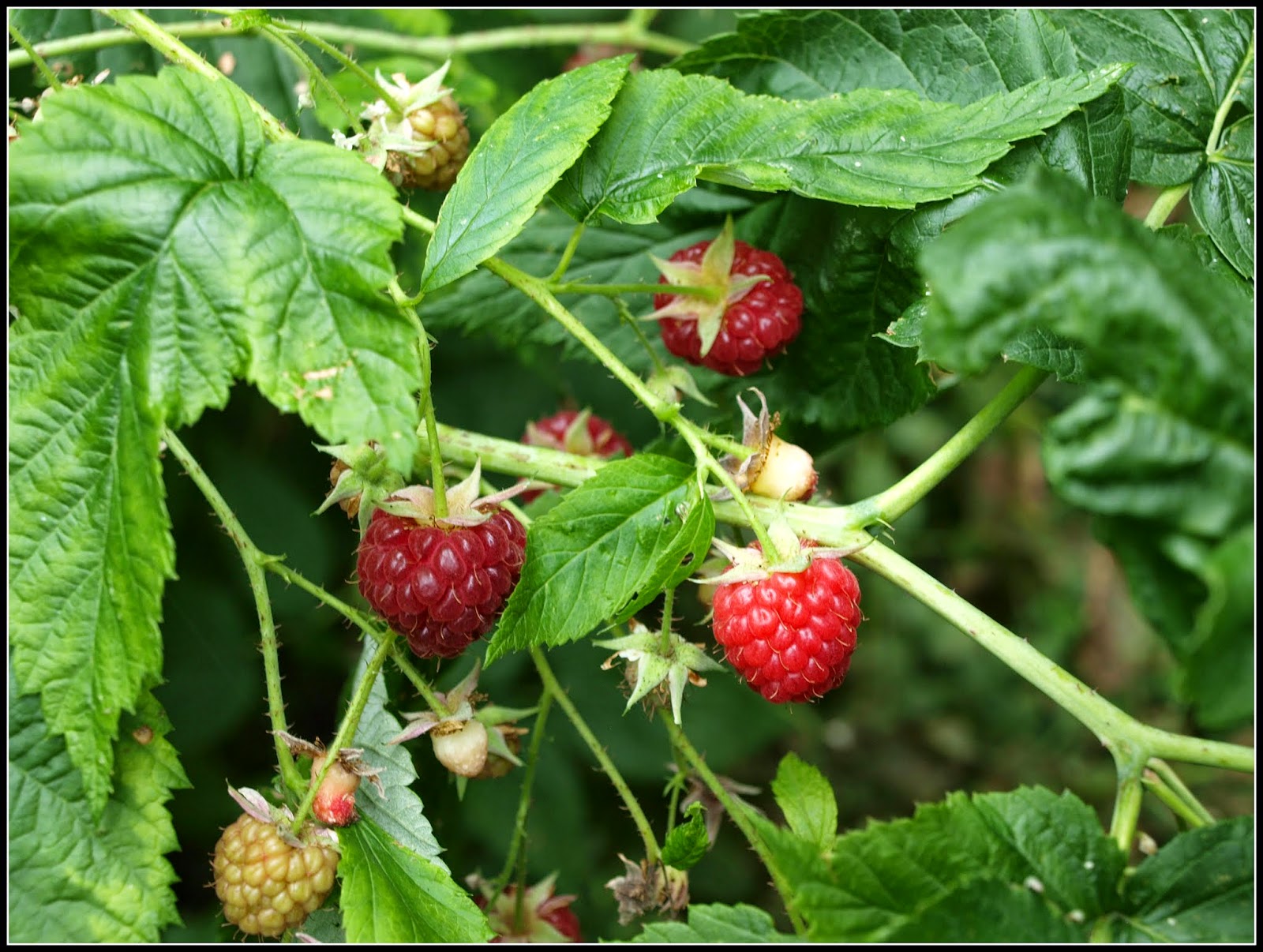 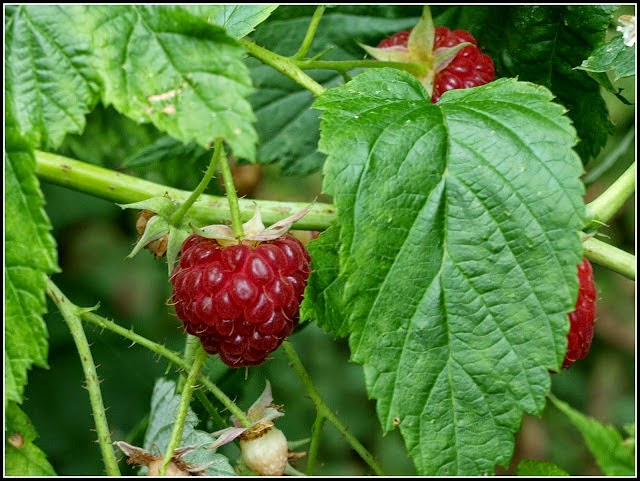 I have picked quite a decent amount of fruit over the last two or three weeks. Never a lot at any one time, mind, just a handful every couple of days. Still, with a scoop of ice-cream or a splosh of "proper" cream they make a welcome dessert. 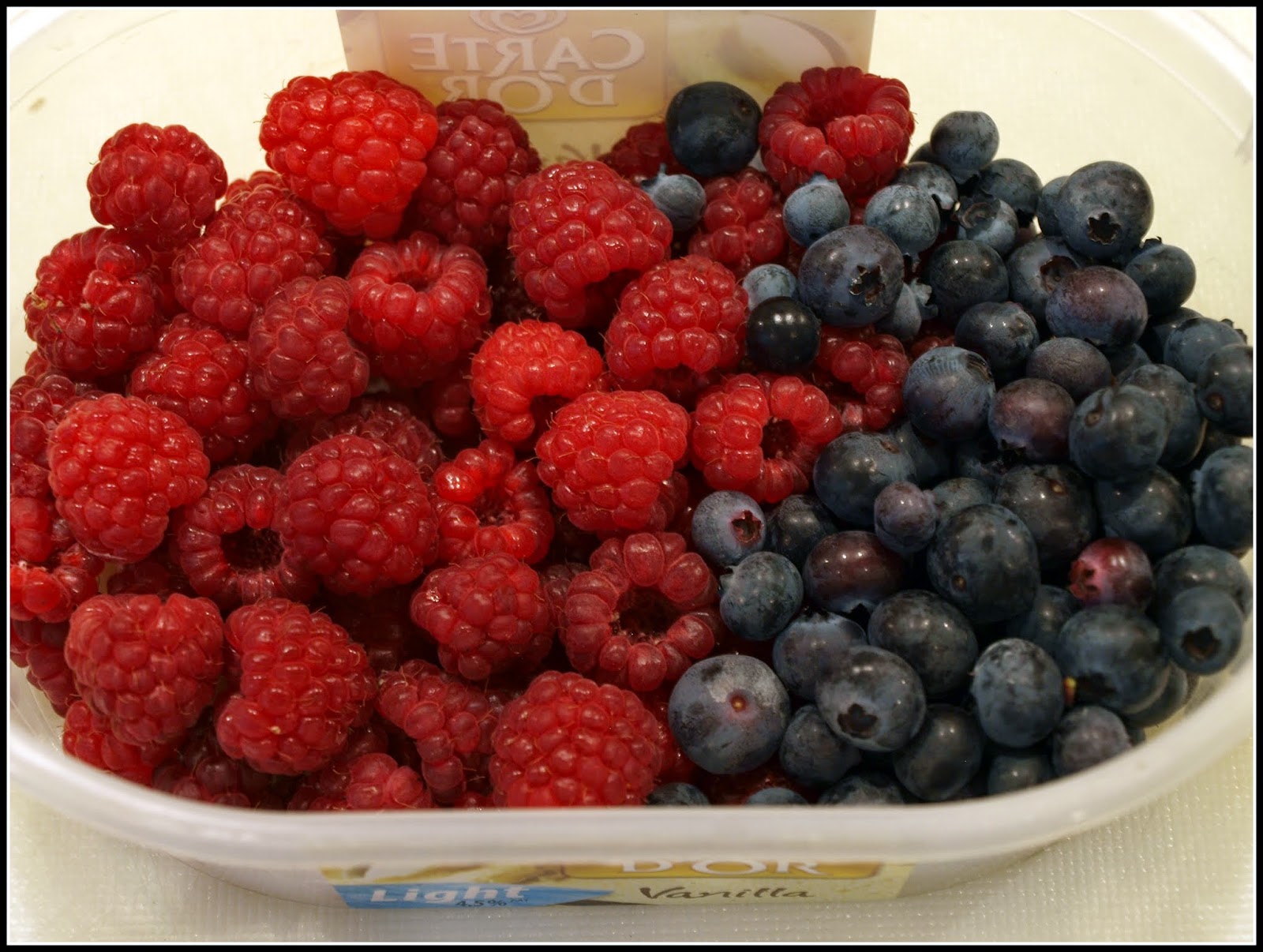 Autumn Bliss is a so-called Primocane variety, which means that it fruits on the current year's canes, as opposed to ones from the previous year as in Floricane varieties. This suits me well, because it means I can cut them down completely at the end of the year, without the need to sort out which canes need to be kept and which discarded.

As the name suggests, it is a late-fruiting variety too, producing its fruit from mid-August right up to the time of heavy frosts. Again, this makes it an attractive choice for me, because it produces its crop after the Strawberries have finished. My photo also demonstrates that it fruits simultaneously with some of the Blueberries - the late varieties though, definitely not "Earliblue"! Most of the Blueberries have been harvested now. Just the odd one or two remain, and I'll leave those for the birds to enjoy. 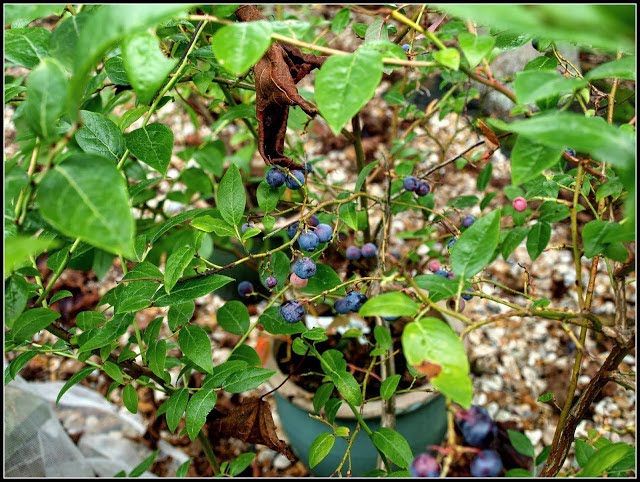