Regular readers will know that I grow Radicchio (and Endives) every year. This year I have been a lot more disciplined with my gardening, and one of the things I have been very careful to do is get my Radicchio planted much earlier than normal. Usually I plant it out far too late, because I haven't made space for it, and it has languished for far too long in little pots, so never gets as big as I would like. Not this year. This year, I got mine planted in July and August. Crikey, I'm so organised that if I'm not careful, I'll be doing a formal Gardening Plan next!

I harvested my first Radicchio last week. It was a "Palla Rossa di Chioggia" one, and a fine specimen it was too: 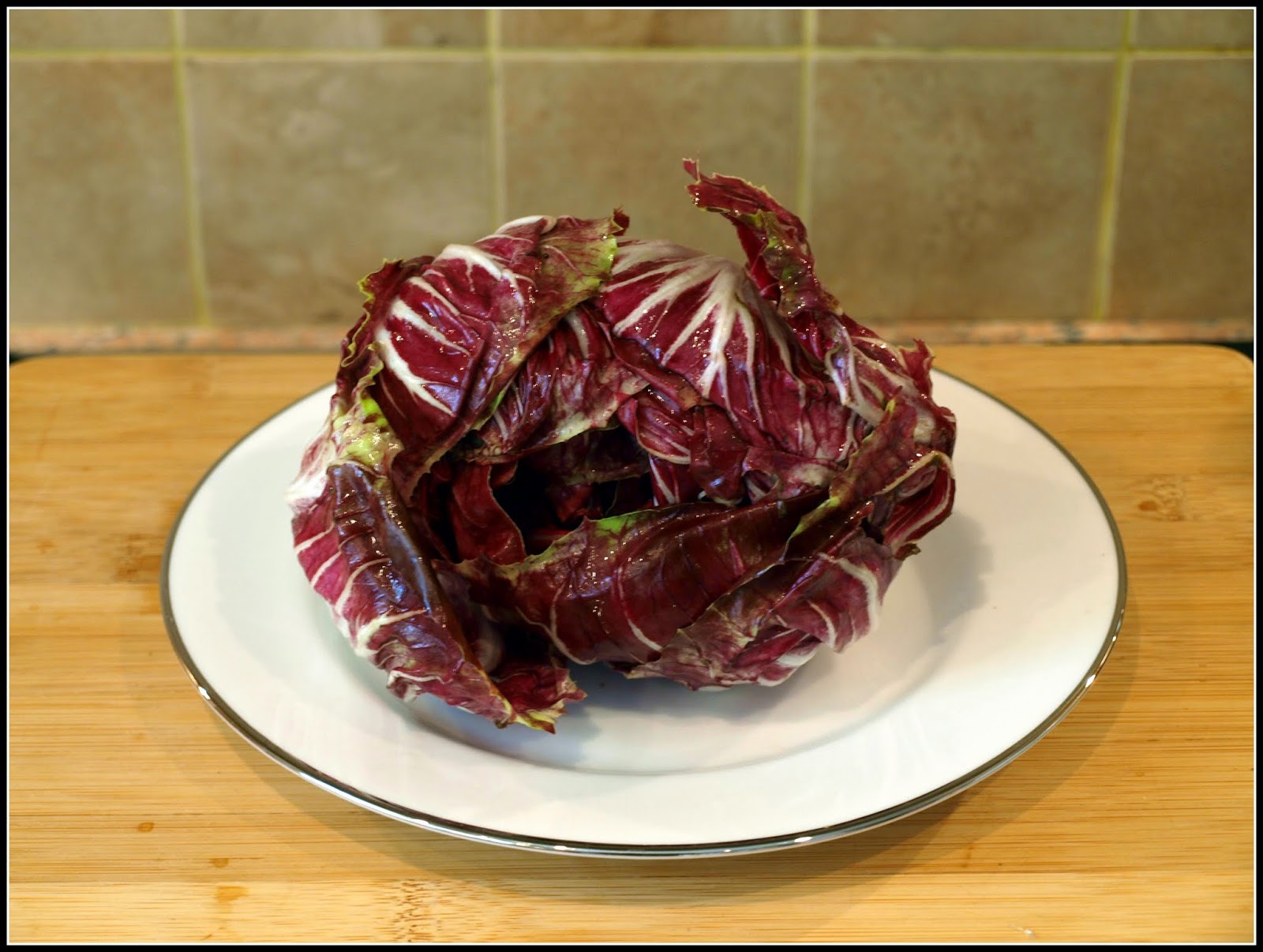 This was hopefully the first of many, though none of the others is ready just yet. This is just as well, because with Radicchio a little bit goes a long way. We like to eat a few leaves at a time, mixed in with other salad ingredients, although some people do cook it as a vegetable - for instance in a risotto. 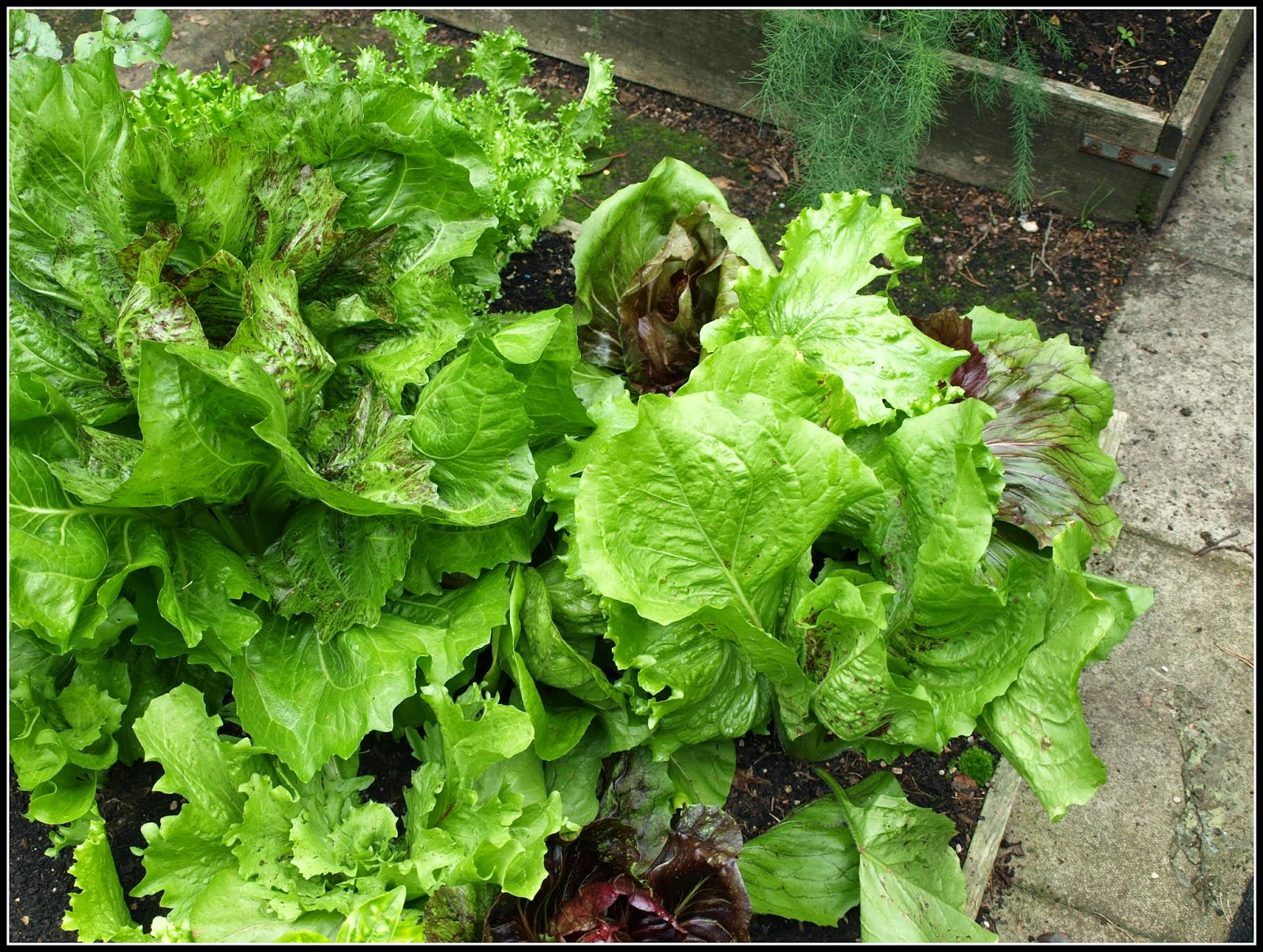 I have a few examples of several different types. Don't ask me which, because I have lost track! 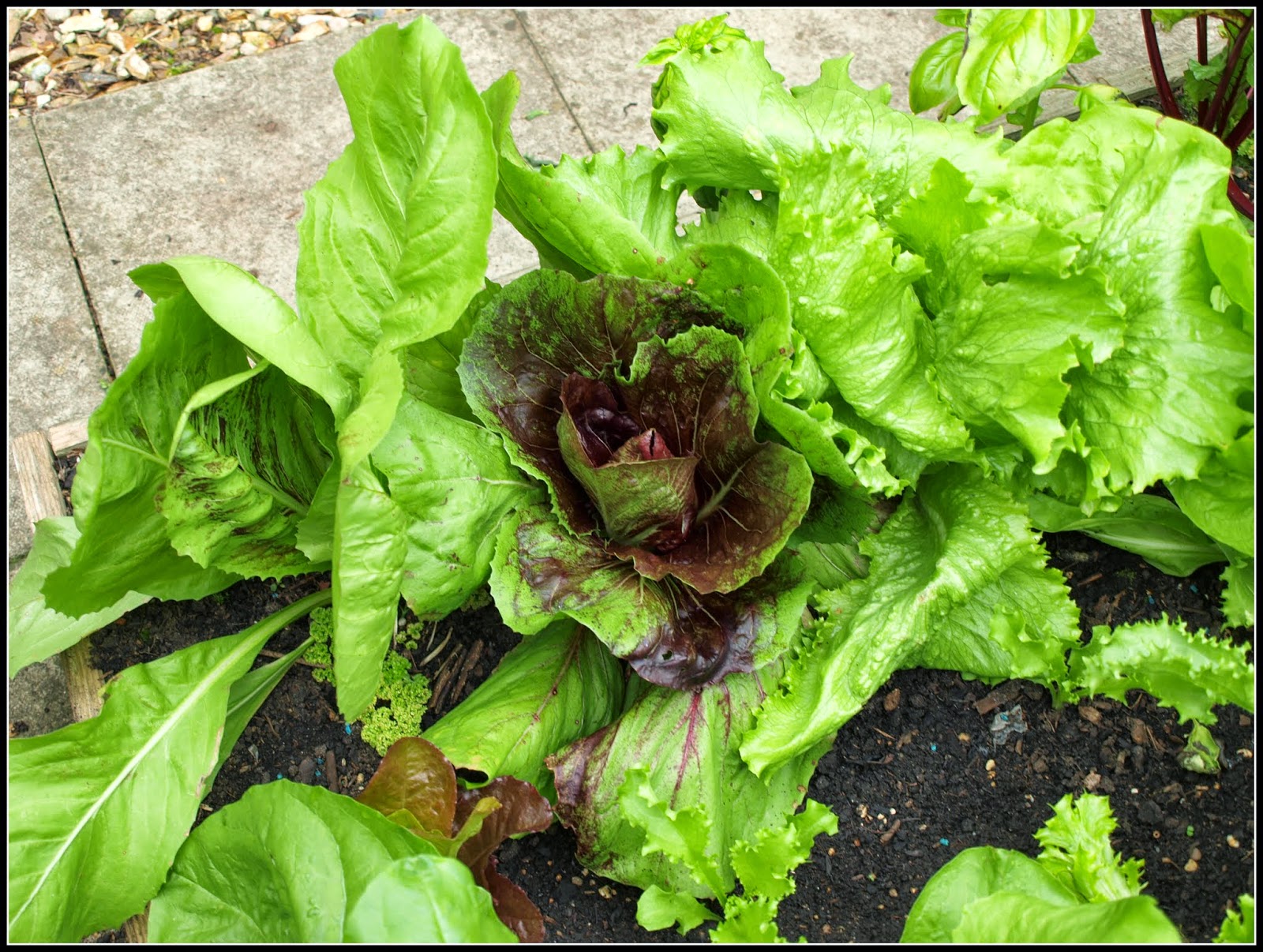 Well, at least I know this one - it's another "Palla Rossa di Chioggia". 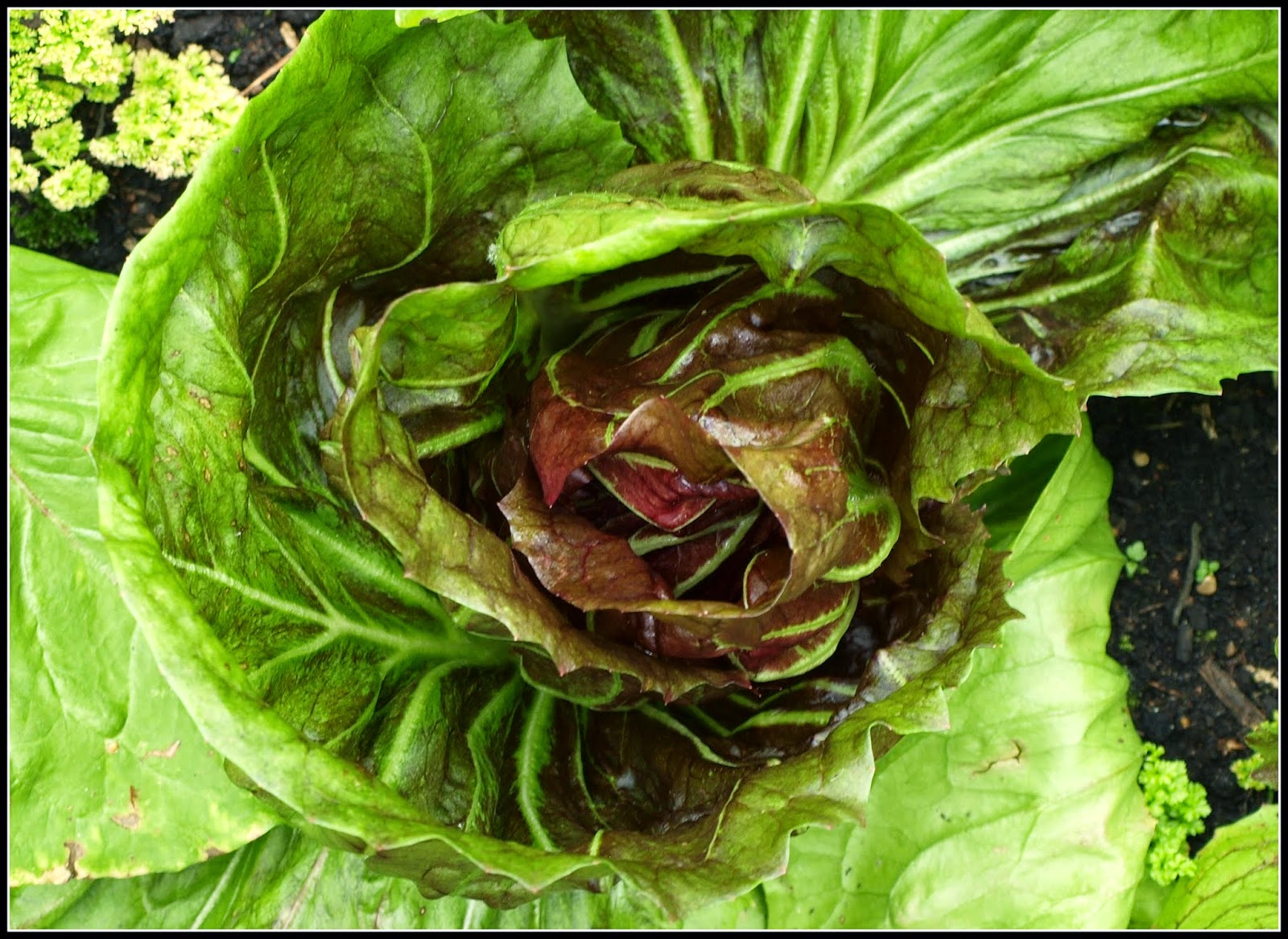 And this one, which is the pale "Variegato di Castelfranco". 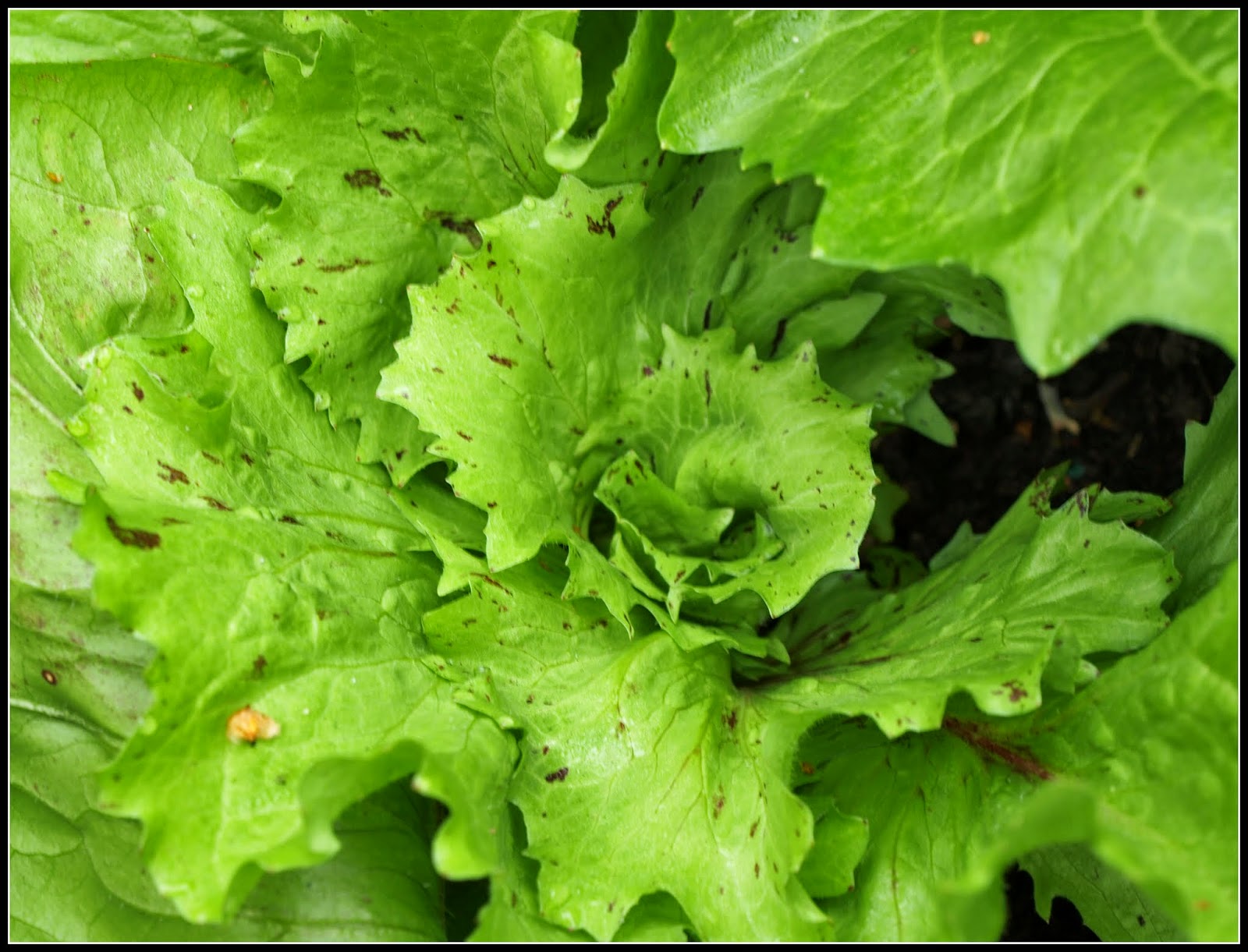 Just as the dark green ones gradually go red as the weather cools down, then the Castelfranco goes paler, and will eventually be a creamy white, with reddish-brown speckles.

Talking of speckles, this one has them too. I don't know what type it is though. Some of mine are from a mixed pack purchased from Seeds of Italy (strongly recommended as a source of all the Italian vegetables and herbs, by the way. Their seed-packs have HUGE quantities of seeds in them.) 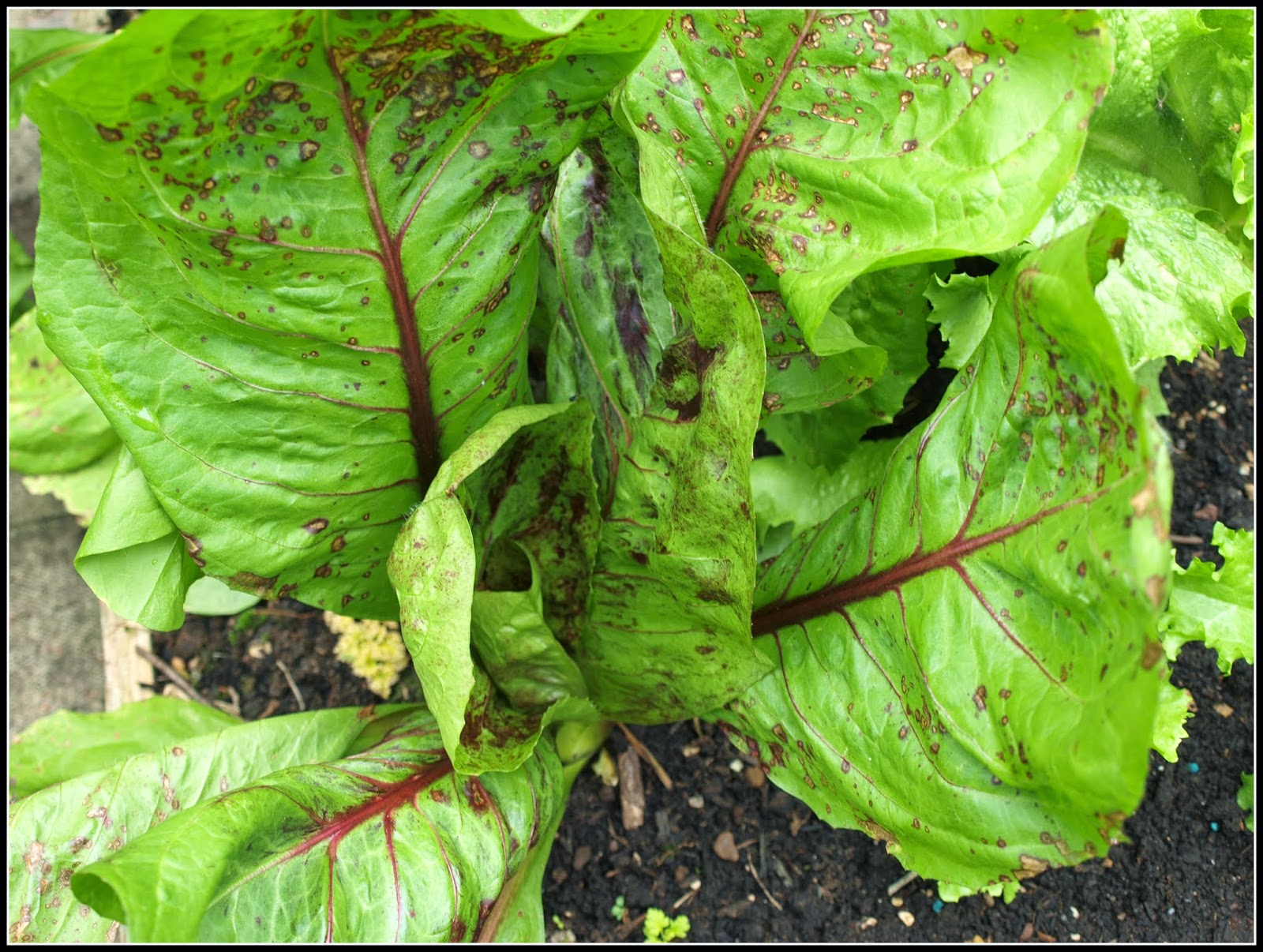 Likewise with this enormous monster. If this forms a heart it is likely to be as big as a January King cabbage! 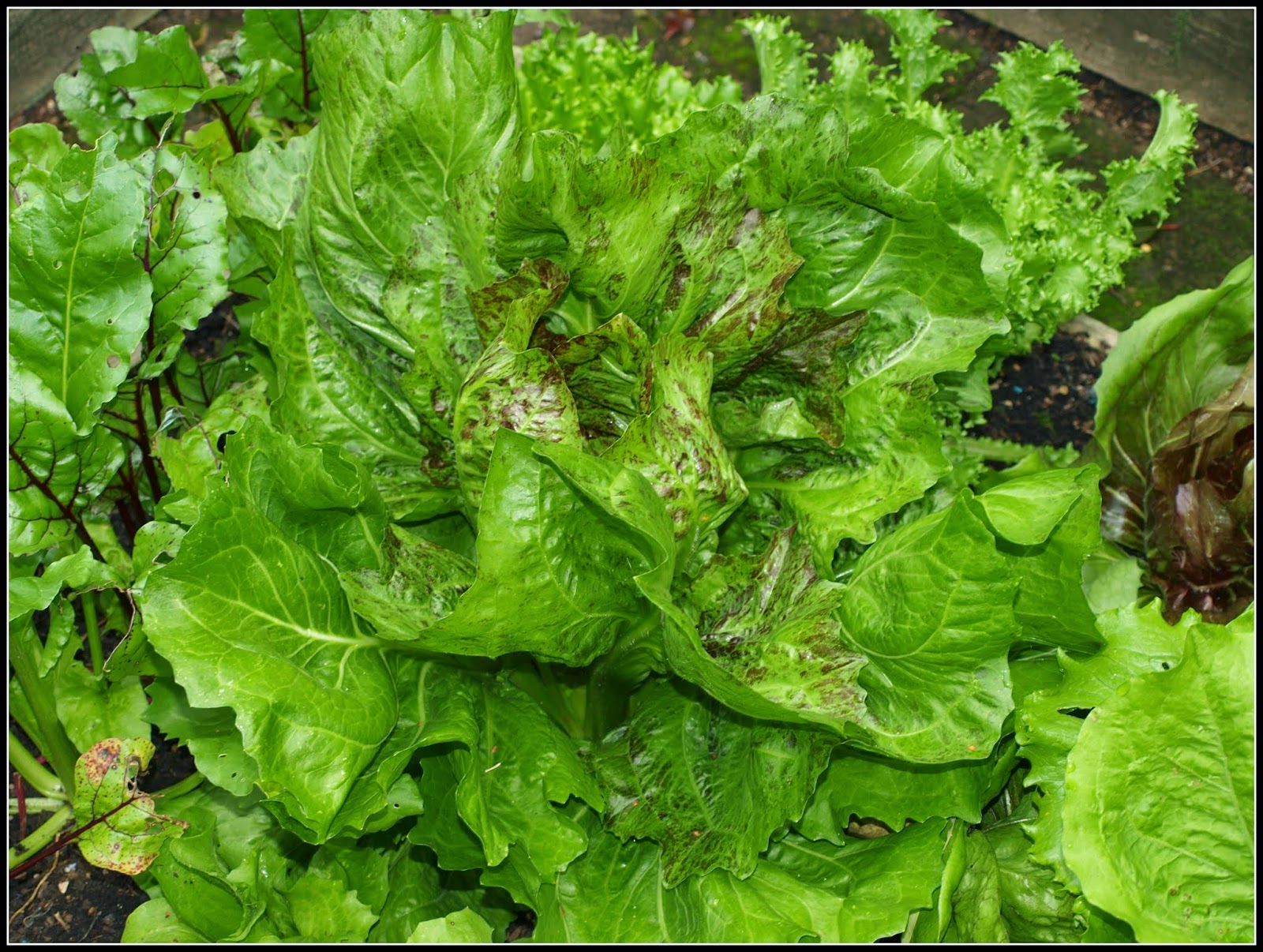 This one is pale, plain and almost lettuce-like. It might possibly be "Pan de Zucchero" (Sugar-loaf), but I won't be able to tell for a while. 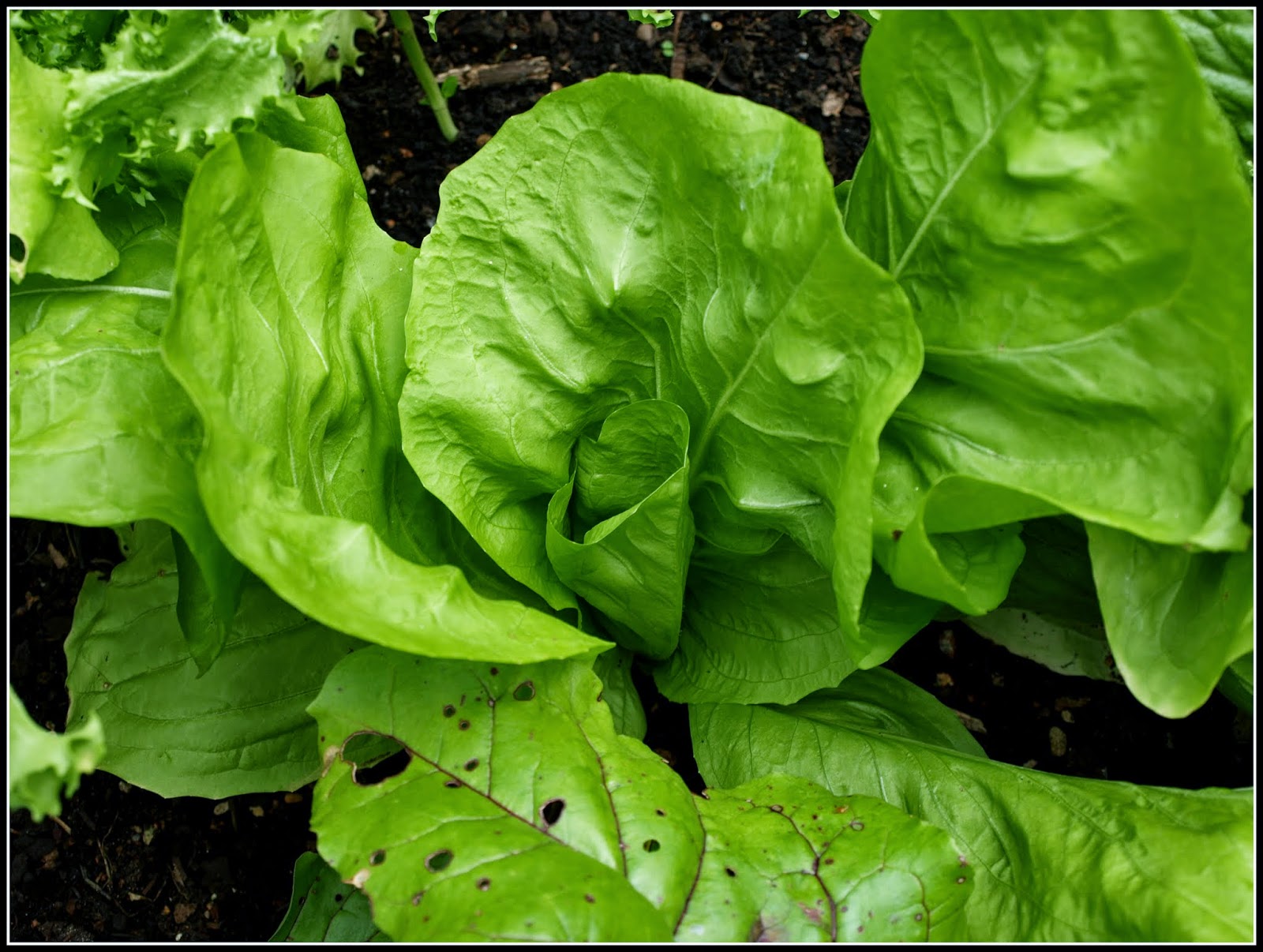 This one is not a Radicchio, nor an Endive, but it's pretending to be an Endive... It's actually a "Can Can" lettuce, from the Sarah Raven's Best Winter Lettuce Mix. 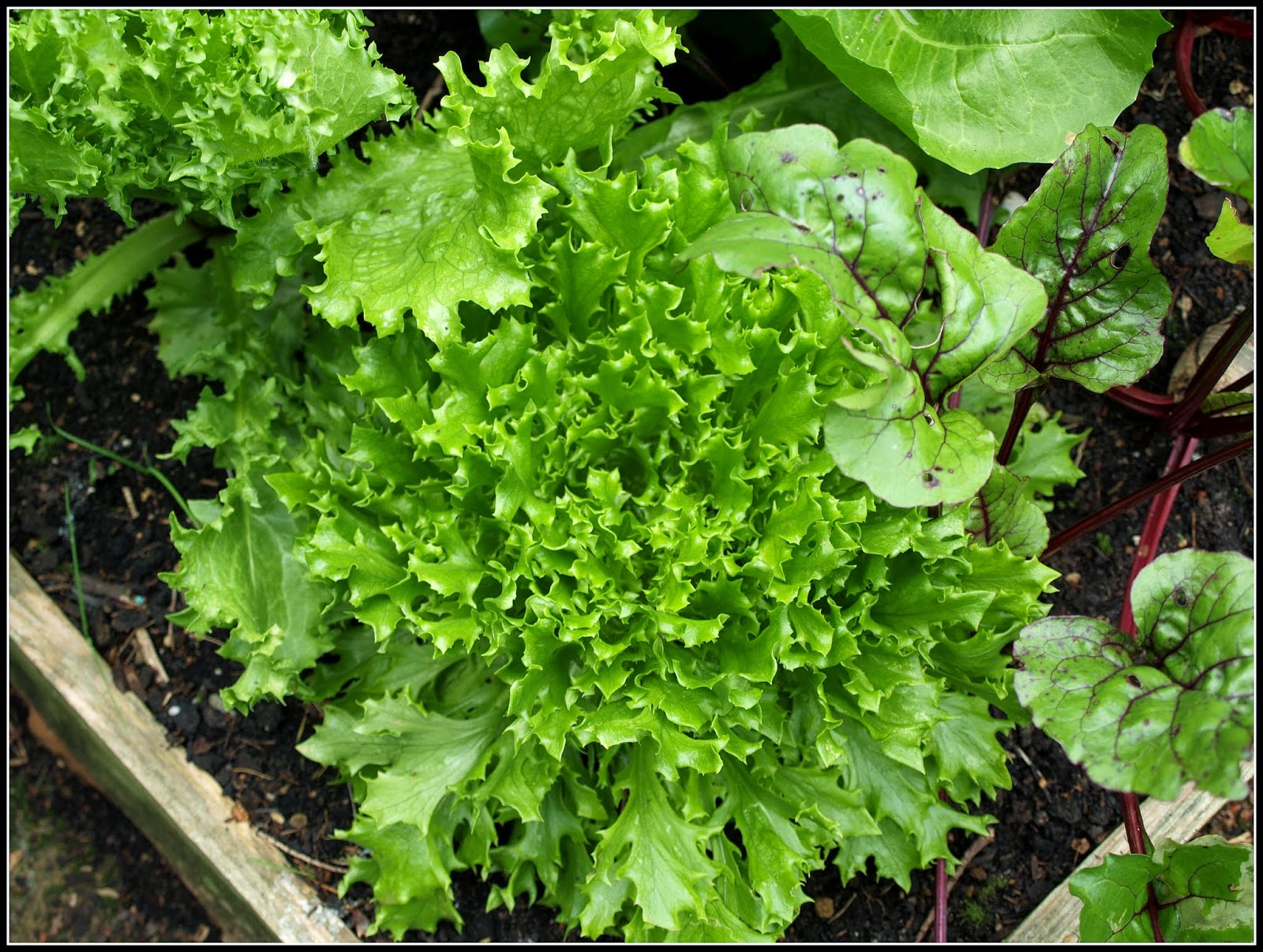 If you have not tried growing Radicchio, maybe you should have a go? They are as easy to grow as lettuces. They take a bit longer to mature, but in compensation they will survive much colder temperatures than most lettuces, so they are well-suited to Autumn cultivation, following on from the other salad crops. Another positive point is that, unlike lettuce, mature Radicchio keeps for a long time once cut (it stays fresh for at least a month, if kept in the fridge!) In addition to this, it looks good in the veg patch, especially when it turns red.
Posted by Mark Willis at 12:00