Another way to eat Broad Beans

Broad Beans are definitely "In Season" in my garden right now. Here's another way to eat them... 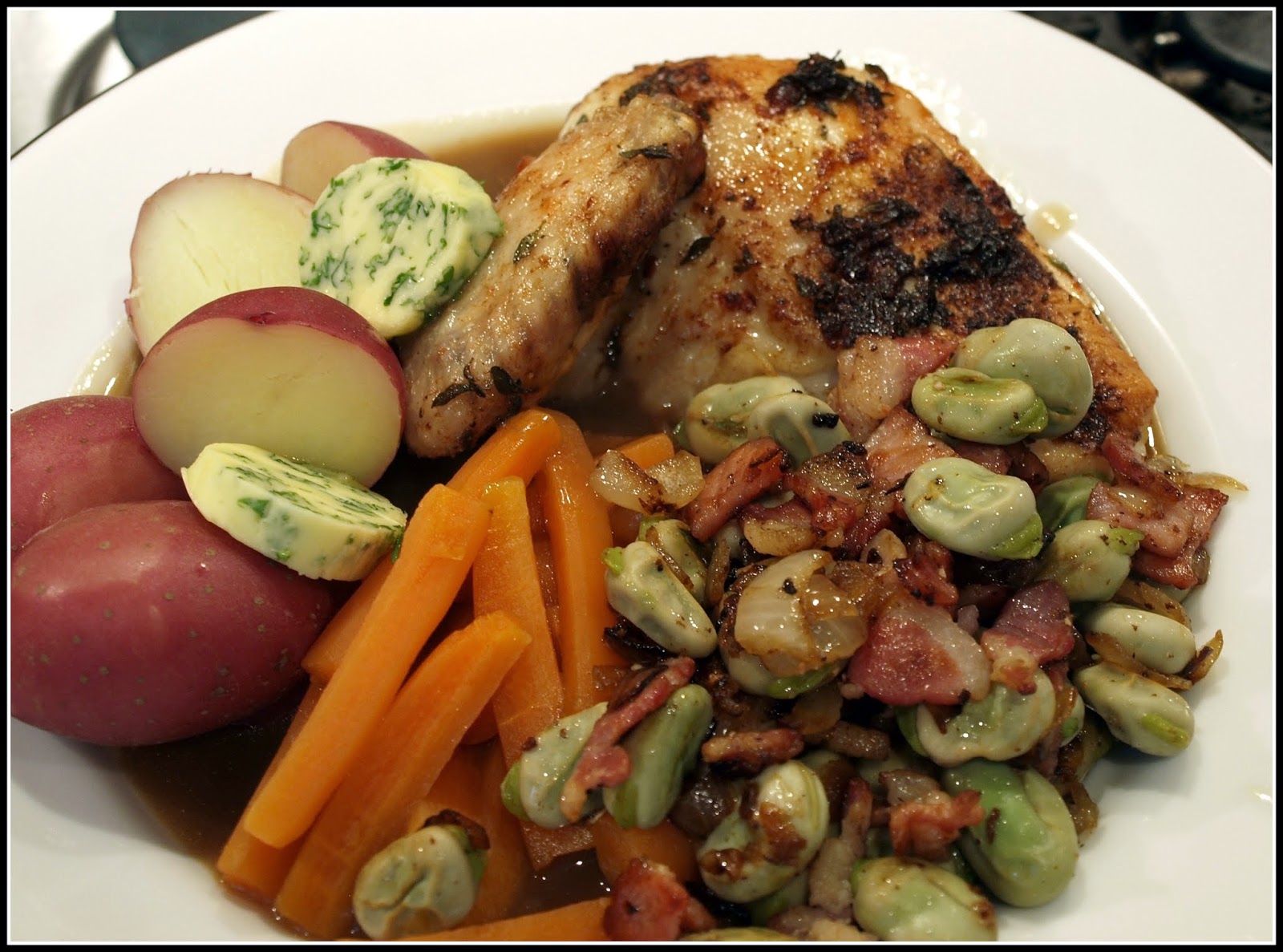 The main ingredient of this meal was actually not Broad Beans, but chicken - a whole chicken bought from our local butcher, at a price of  just over £6. You can buy two chickens (sometimes even three!) at a supermarket for £10 these days, but they won't be as good as the ones reared on small and more welfare-conscious farms, and we like to support local businesses whenever possible.

I jointed the chicken and used only the "supremes" (breast and wing portions) for my dish. The leg portions were reserved for another meal, while the carcass was roasted and made into stock. I suppose you could call my dish "Butter Chicken", because I smeared the meat all over with softened butter into which a large handful of fresh Thyme leaves had been incorporated. I roasted it in the oven for about 40 minutes, basting it from time to time with the melted butter, until the skin went golden.

I cooked the Broad Beans in advance, boiling them in water with some sprigs of Savory, a herb that seems just perfect for these beans: 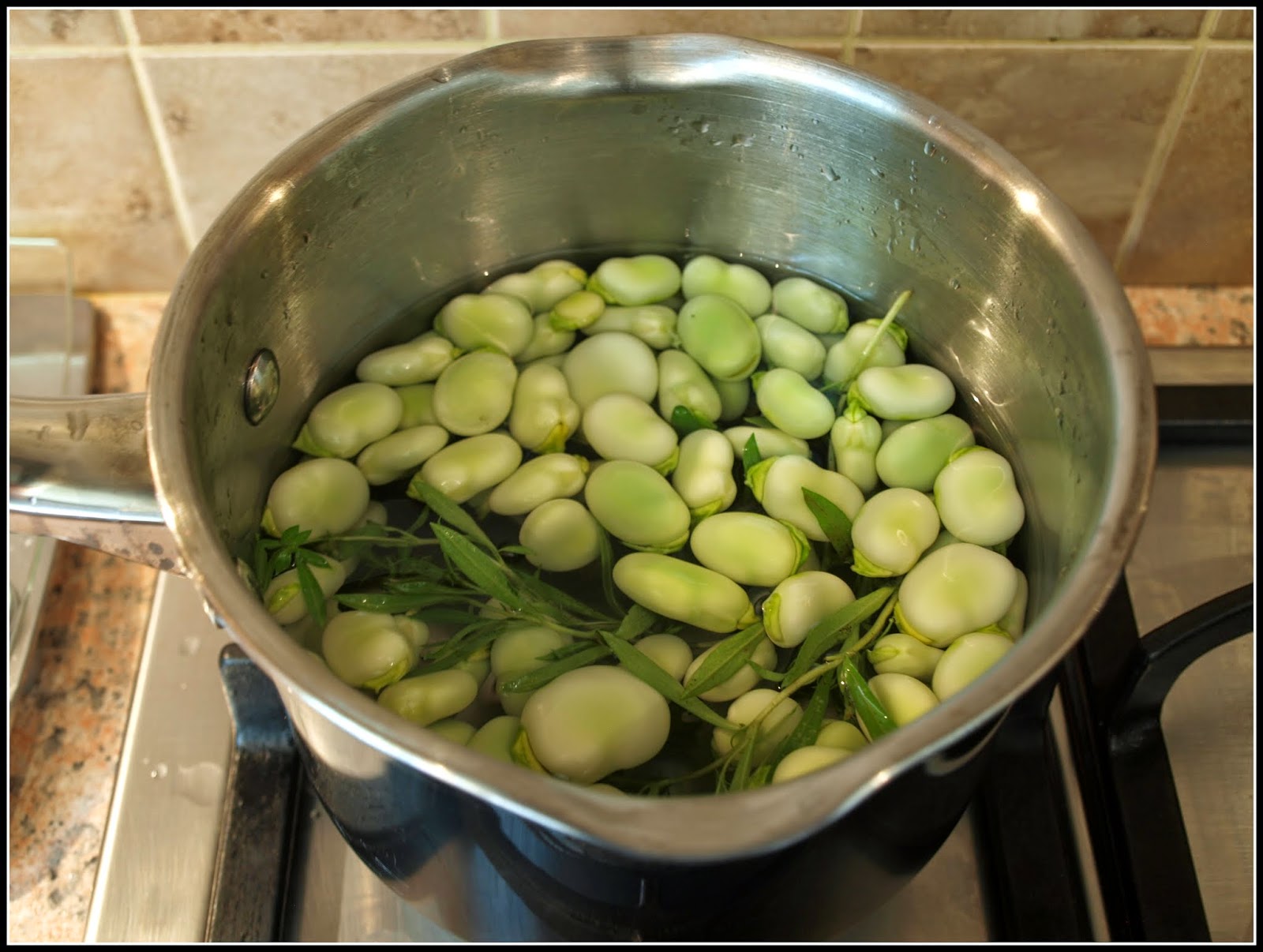 While the chicken was cooking I fried some smoked bacon and some onions, and then at the last minute added to them the cooked beans: 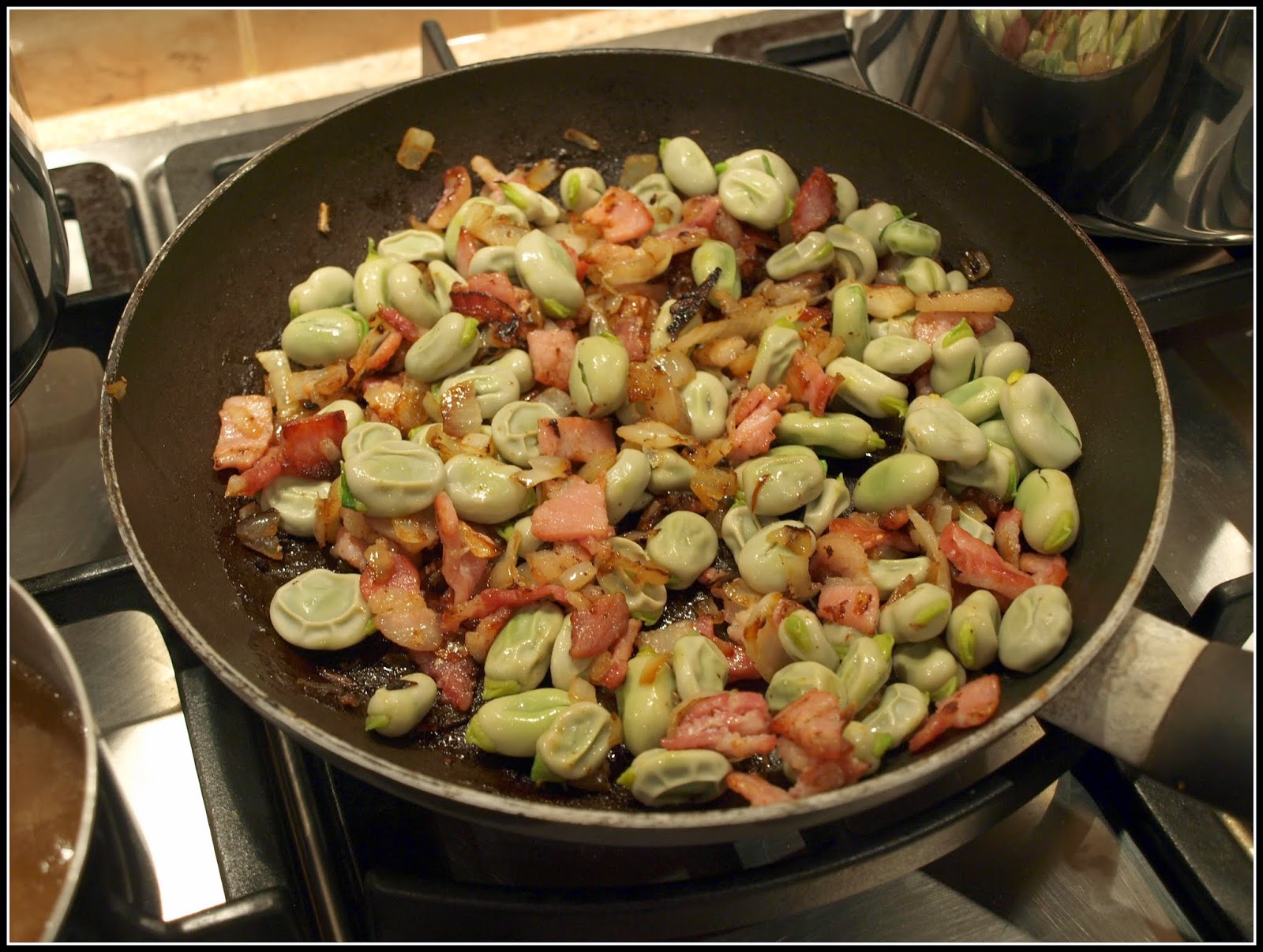 In my opinion, this is another amazingly good combination! 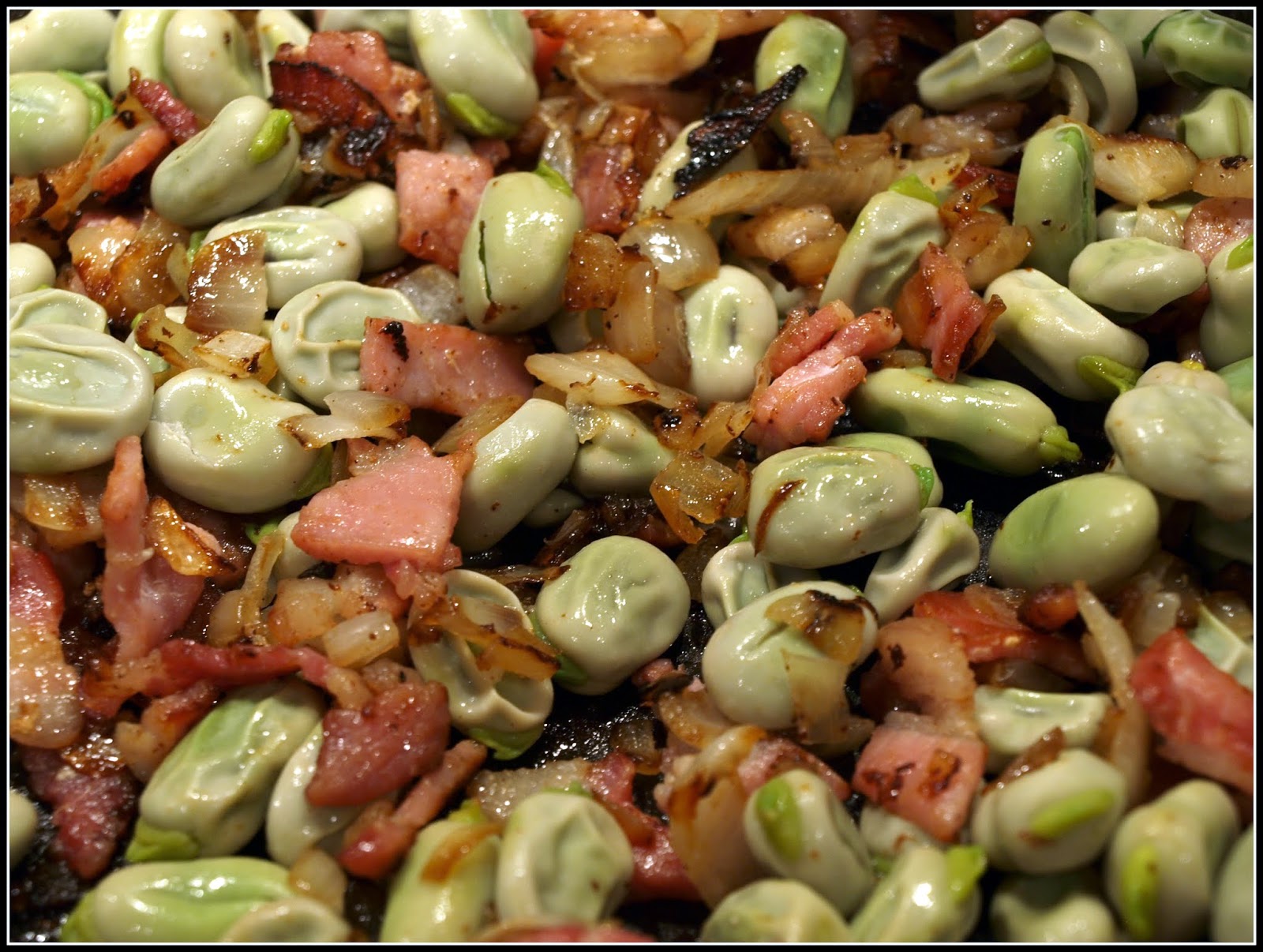 I also served some of my home-grown new potatoes - more of the "Red Duke of York" ones. This time I cut them in half and steamed them rather than boiling them, because I thought this would help to avoid having them break up. I still found that they went very quickly from not cooked to very soft. Another minute in the steamer and the would have fallen apart! 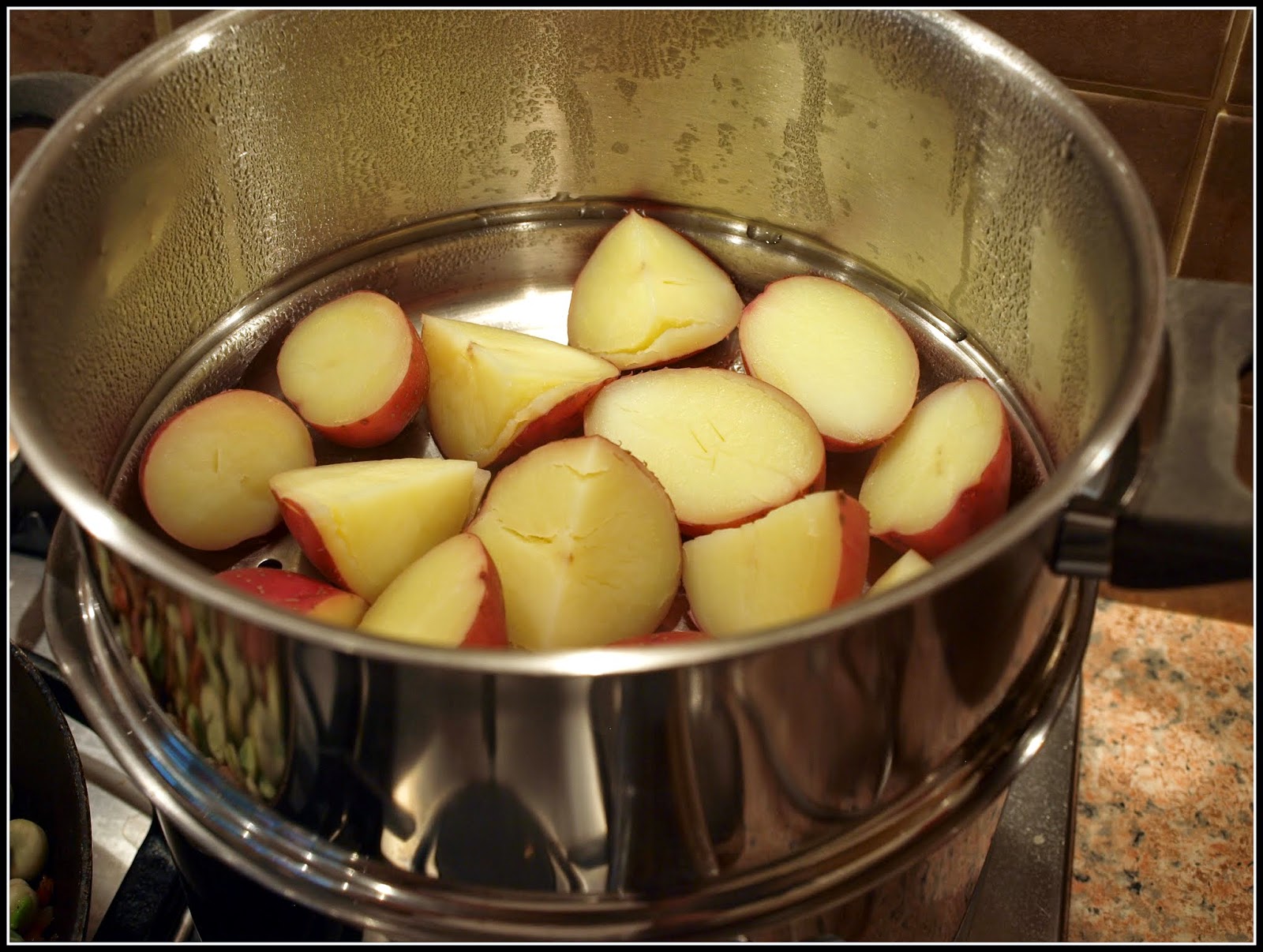 This variety of potato is probably better for baking or deep frying...

To complete my meal I made some Parsley Butter and some really rich gravy, the latter using the stock from the chicken. The stock was especially good this time because I had added to it some Leaf Celery, which gave it a really intense savouriness - very "umami".﻿

OK, so here it is all together:- 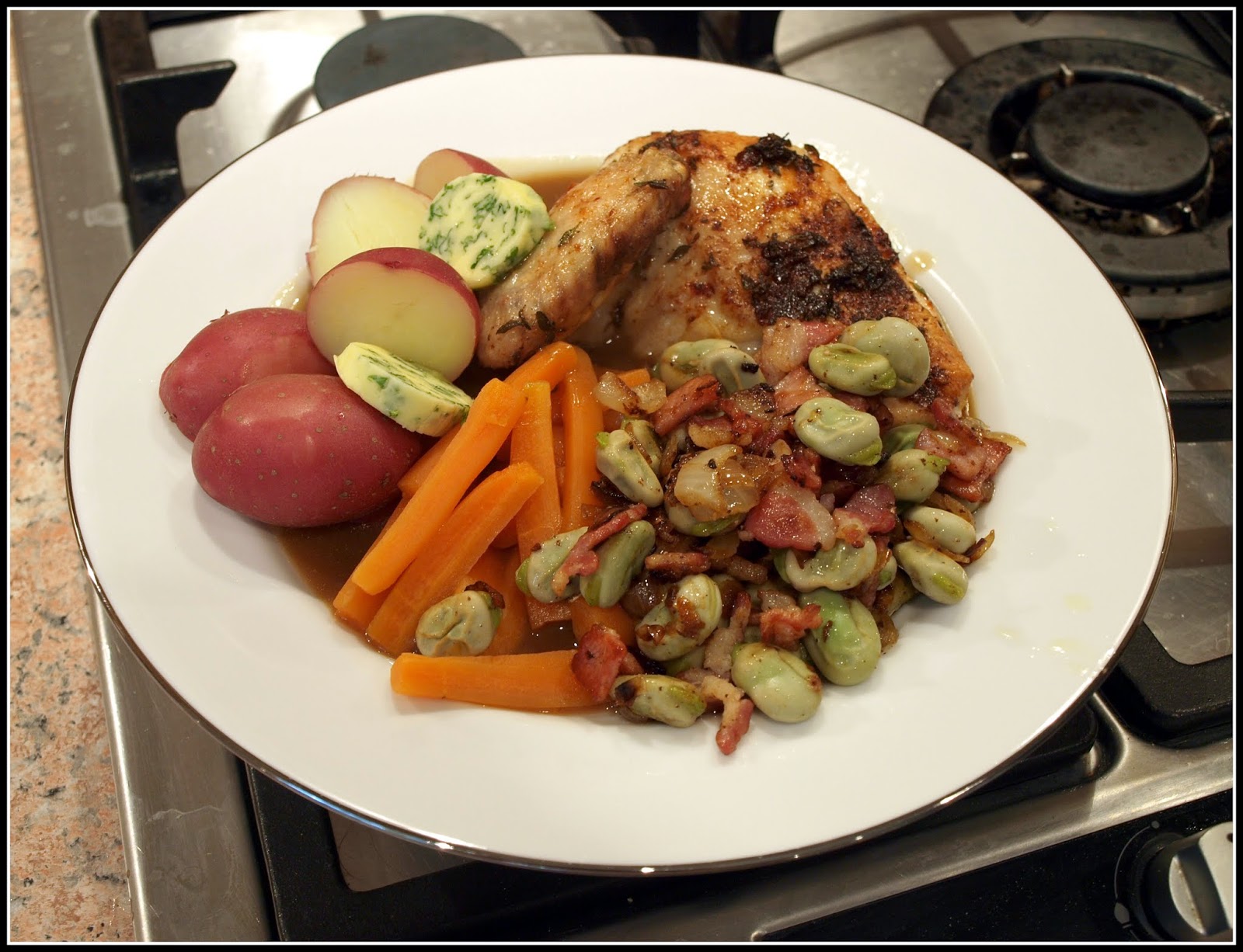 I can't claim any credit for the carrots, by the way. They were shop-bought ones. Soon I will be able to use home-grown ones though. Just you wait! 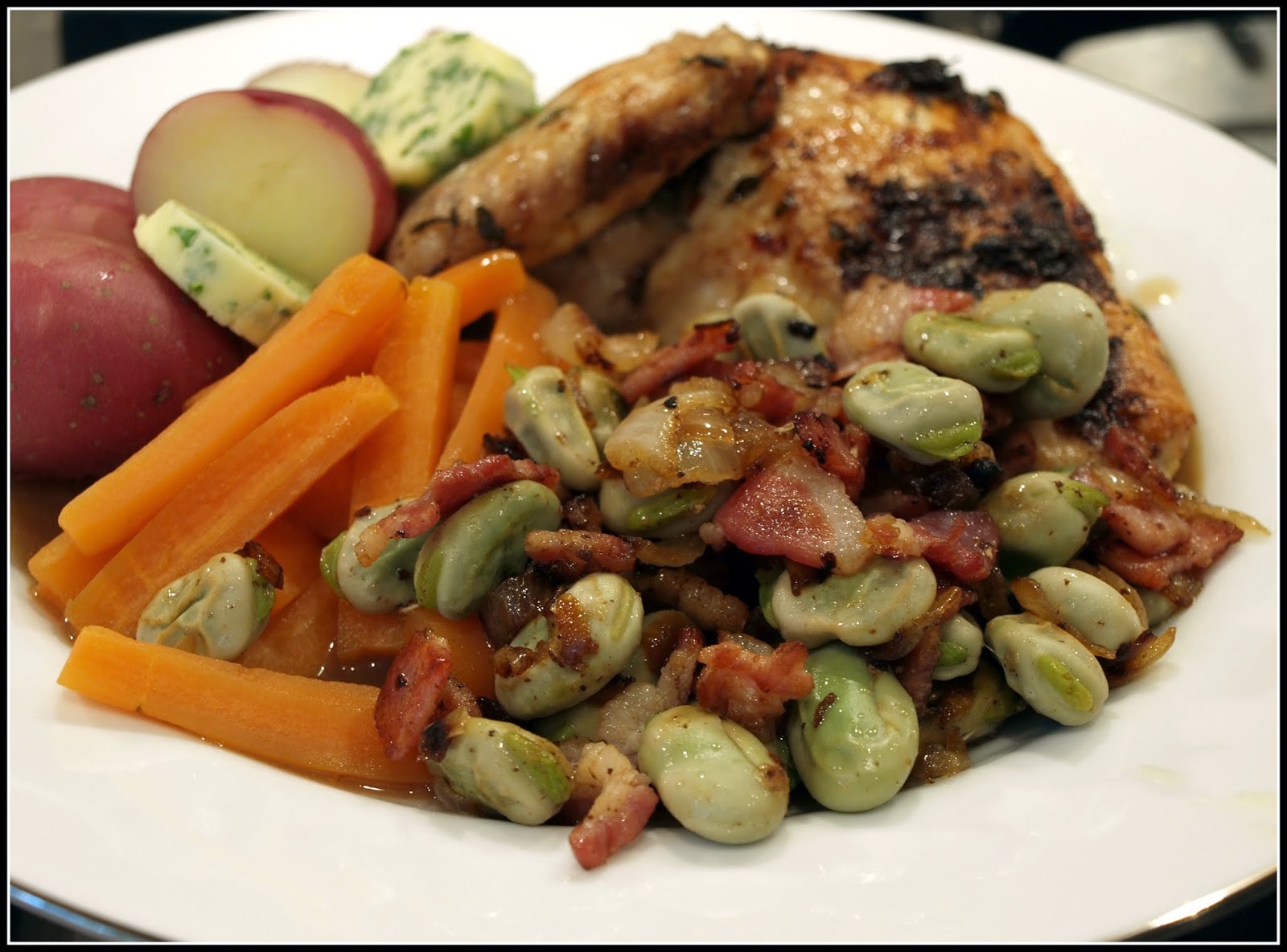 ﻿
You have probably noticed that I don't often include a specific recipe in my posts. I think this is because I am the sort of person who likes to "be inspired by" a dish rather than to slavishly follow a recipe. I am hoping that you will in turn be inspired by my dishes, but want to adapt them to your own requirements. I know that sometimes you HAVE to follow an exact recipe (e.g. with baking), otherwise a dish won't work, but when I'm cooking I like a bit of room to manoeuvre! 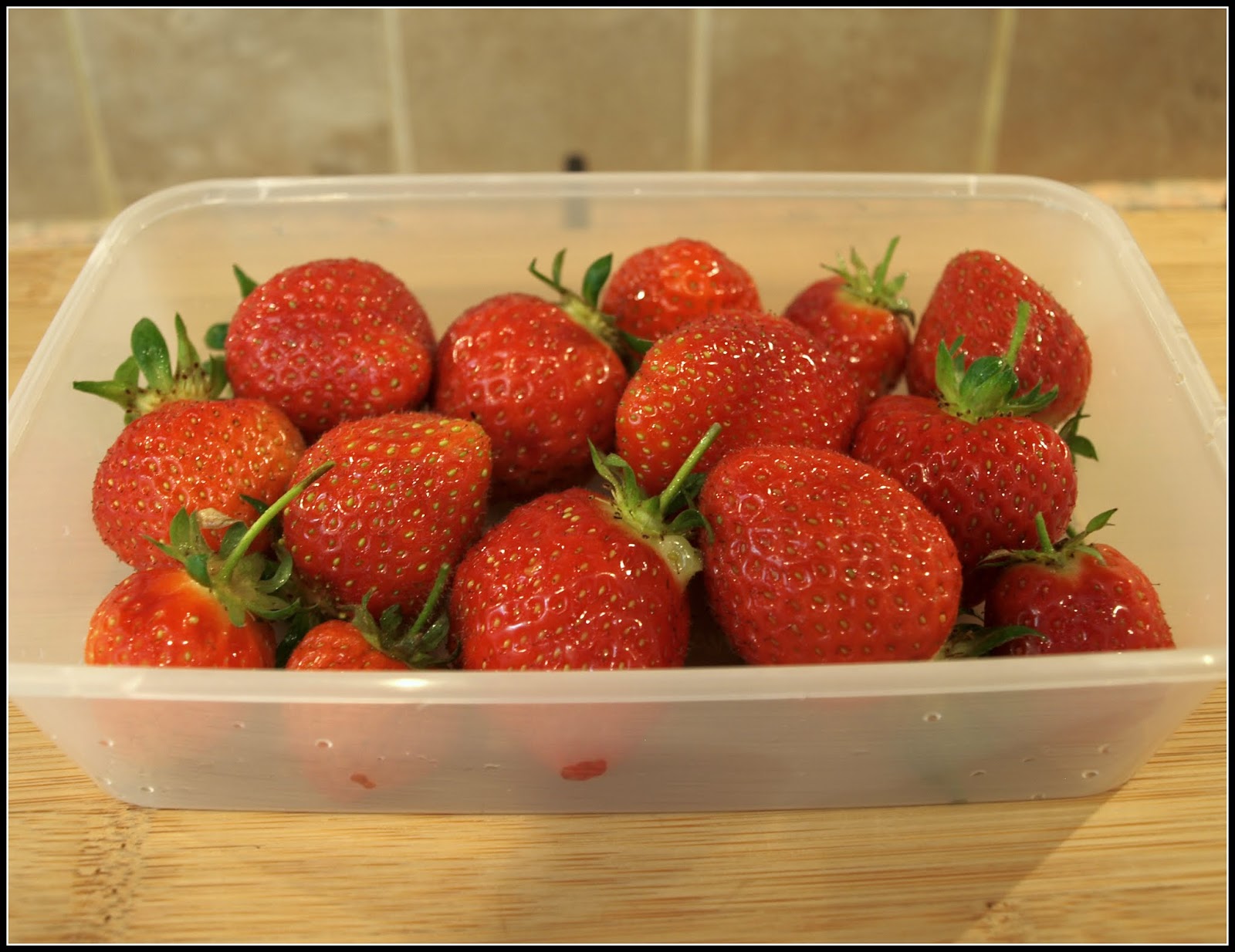 They were presented in a way I have been meaning to try for ages. It's something I once saw Hugh Fearnley-Whittingstall do. The Strawberries are macerated in Balsamic vinegar, with sugar (in our case, Sweet Freedom) and black pepper. It sounds strange, but it works. Very nice.
Posted by Mark Willis at 12:00