When seeds are not as described...

Just recently one of my Facebook friends posted a beautiful photo of some Oregano flowers that were a very deep purple colour, and this led to a general discussion about types of Oregano. I commented that the photo in question showed a flower that was a lot darker in colour than the Oregano that I grow, and I published a photo of my own. 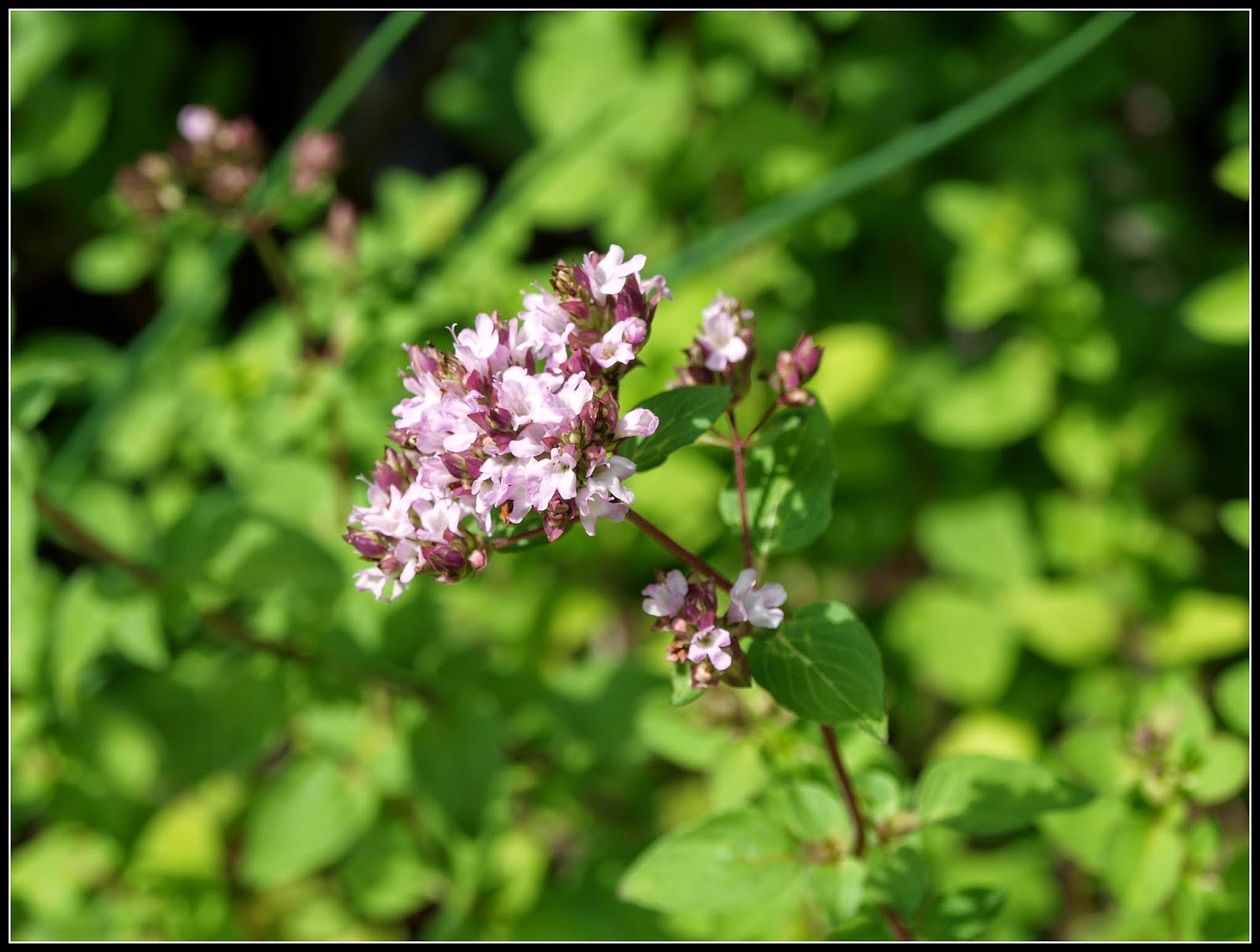 This variety that I grow is allegedly "Greek Oregano". At least that is what it was sold as: 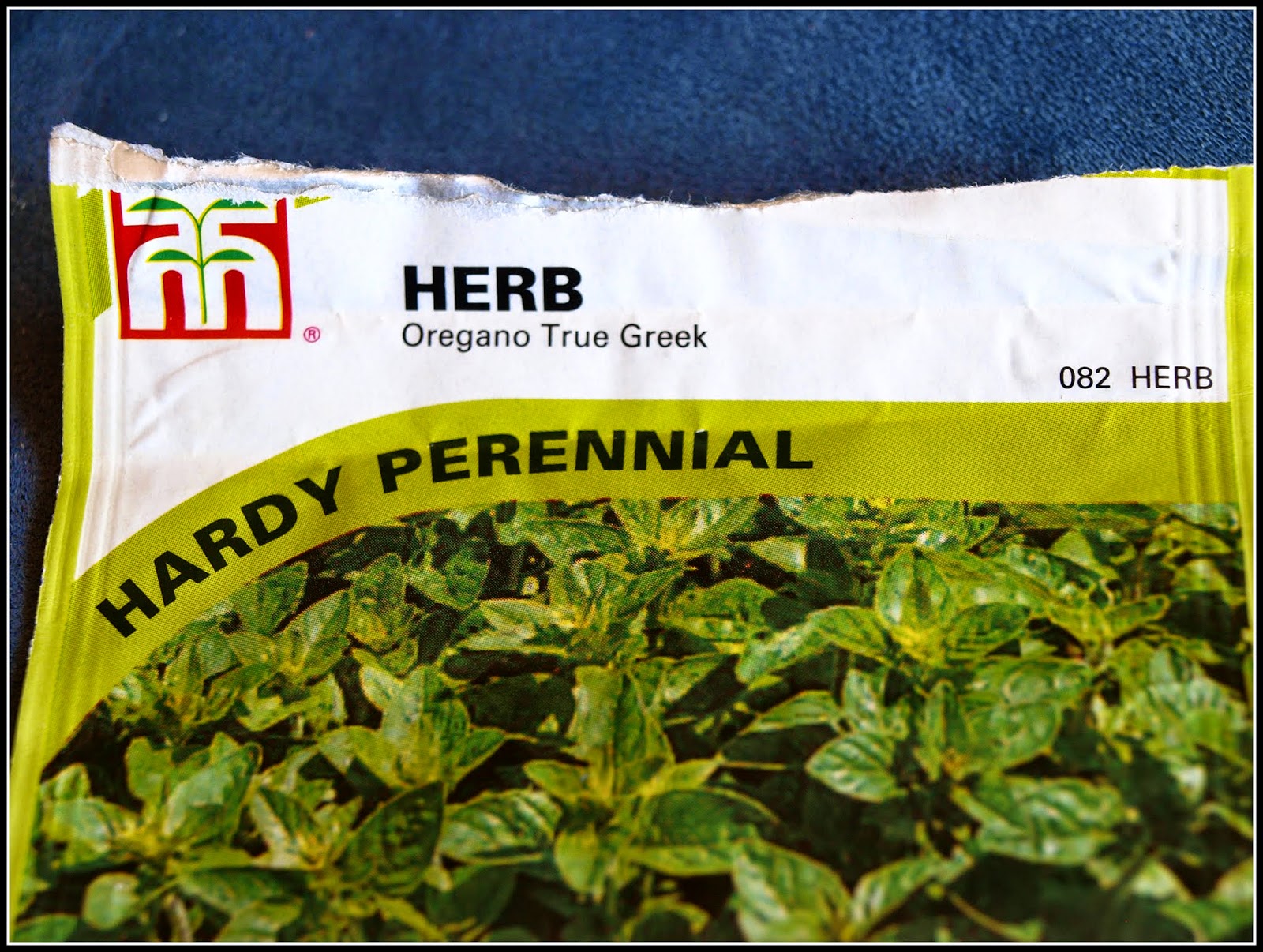 I'm not going to name the seed merchant, because that packet of seeds is several years old and it wouldn't be appropriate for me to make a complaint this long after my purchase, but I'm sure many of you will recognise the logo, which belongs to a very well-known company.

The seeds were supposed to be those of the true Greek Oregano - with its "...tongue-biting pungency". 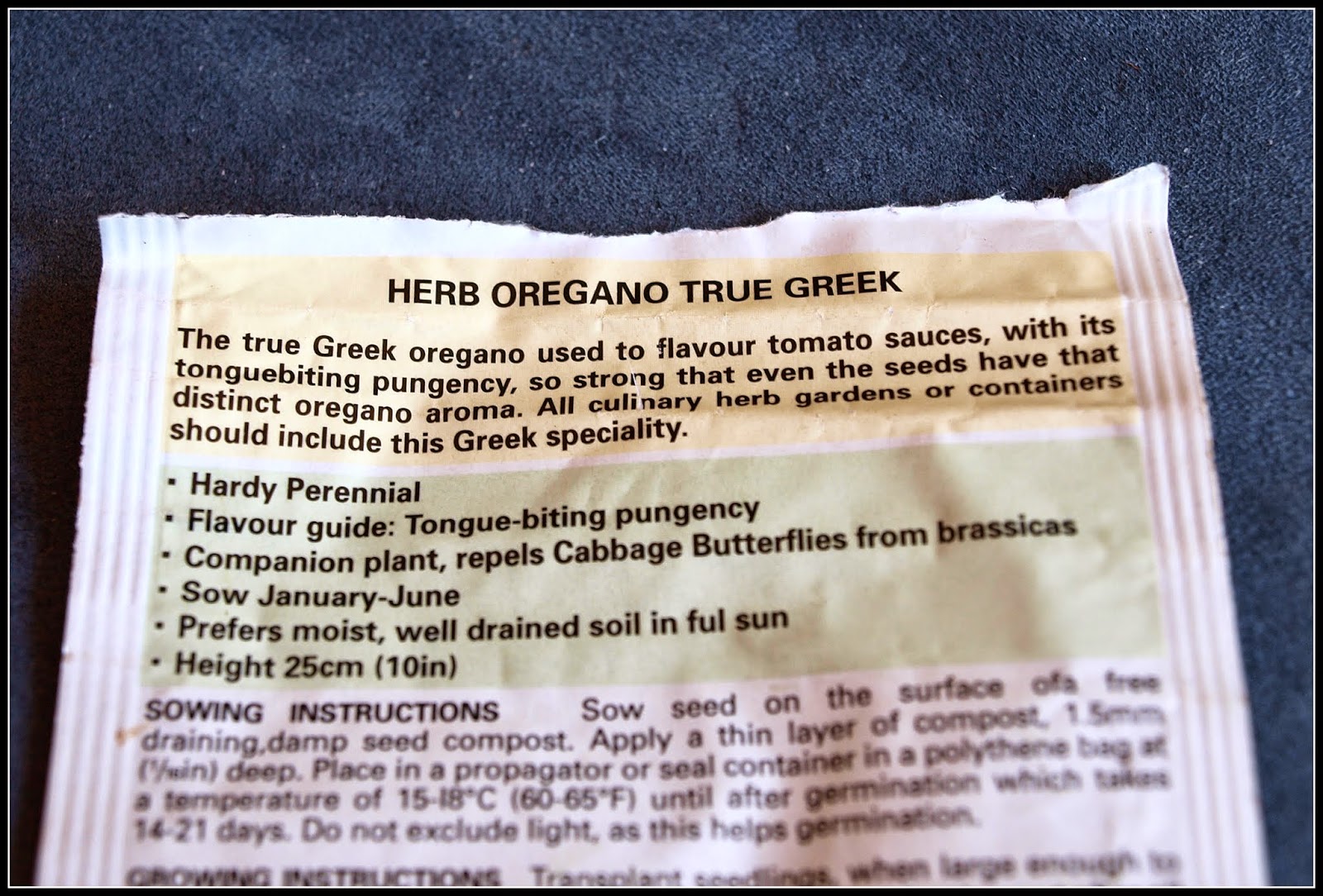 ﻿
Well, I have never noticed any super-strong flavour and aroma. In fact I have always felt that the herb is rather insipid as a culinary ingredient. My learned FB friend advised me that Greek Oregano (Origanum hirtum or Origanum heracleoticum ) has white flowers, not pink or purple ones. He sent me links to some websites that confirm this, for instance Mountain Valley Growers, based in California. My Oregano definitely has pale pink flowers: 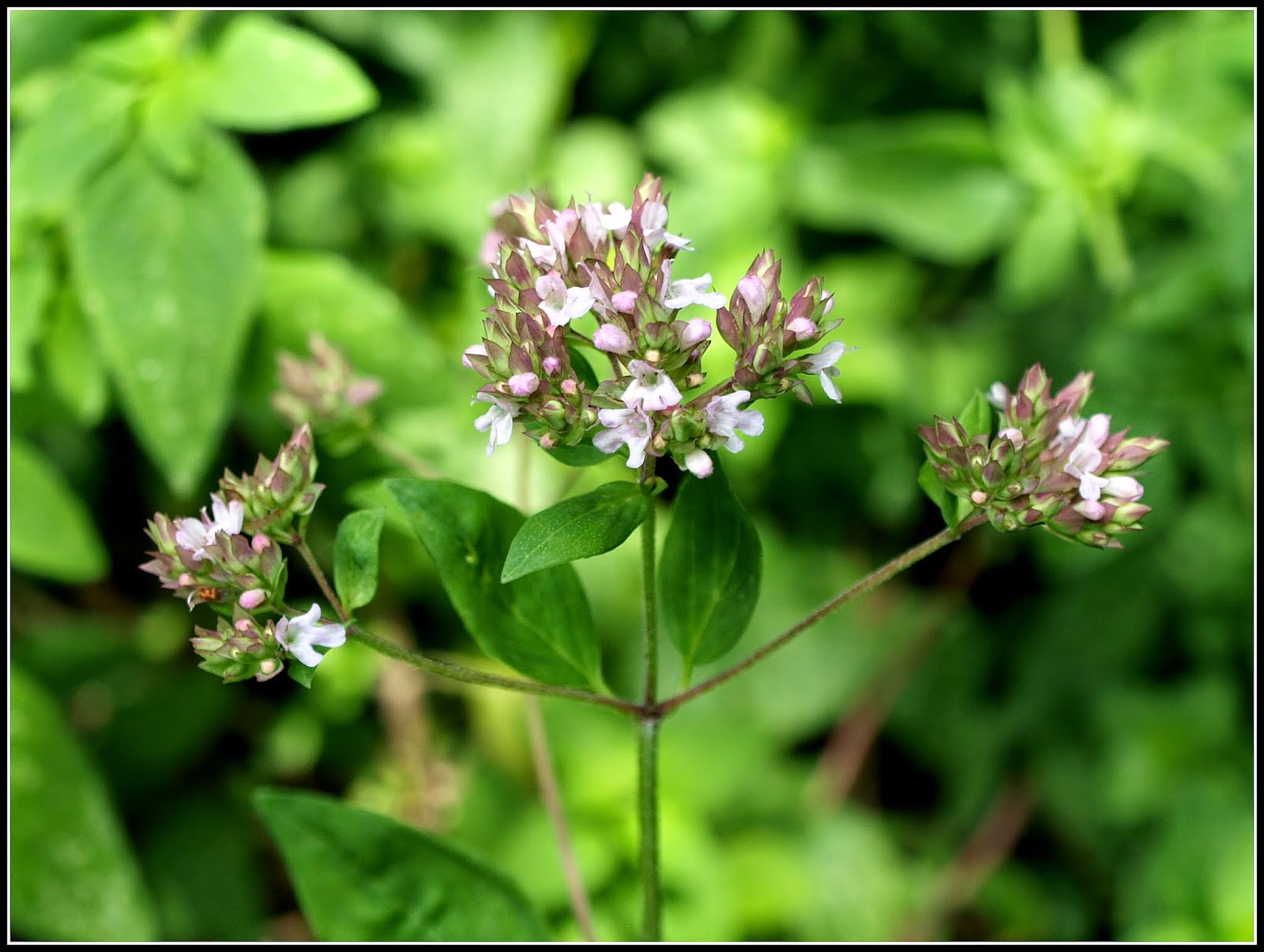 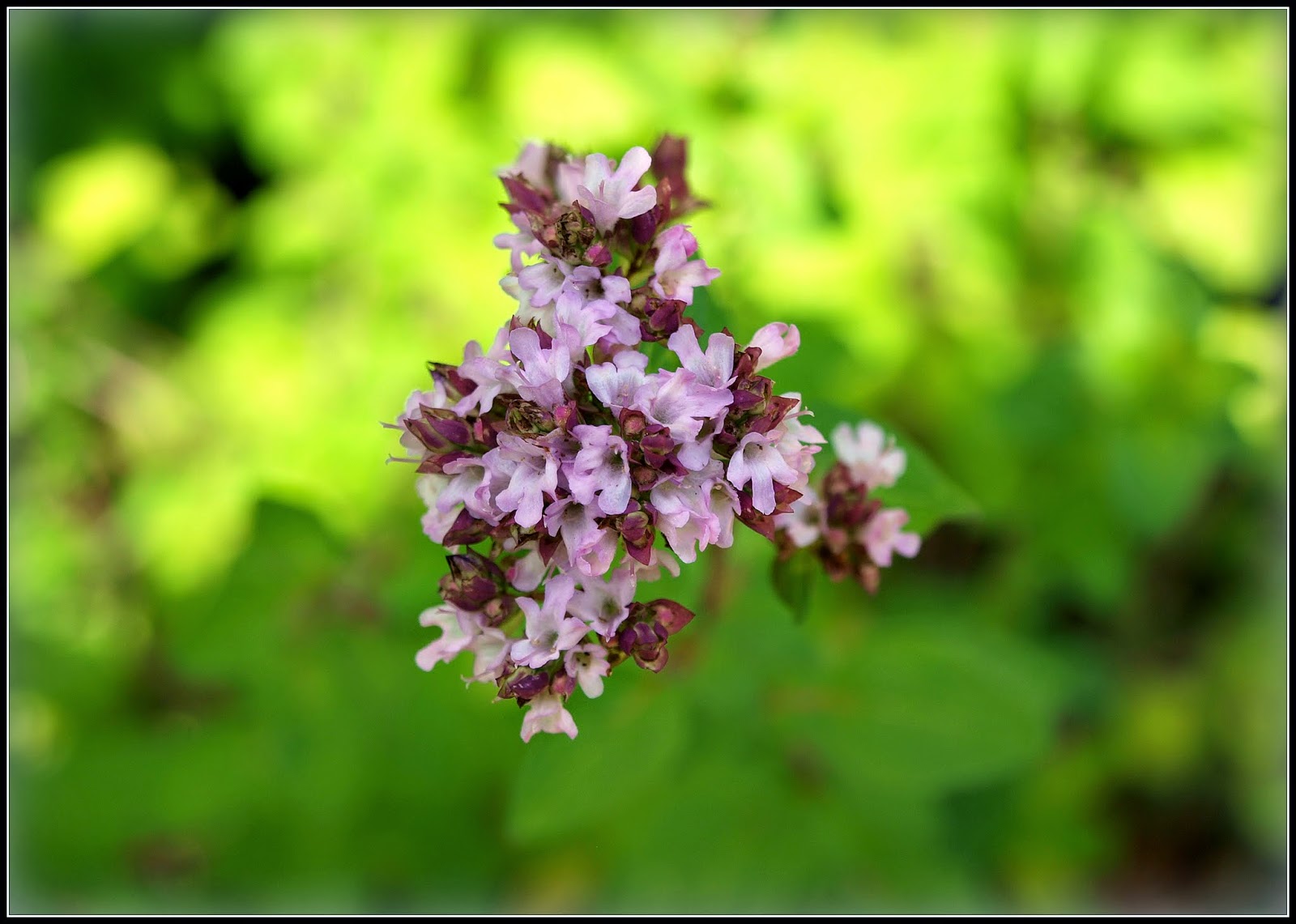 All the evidence suggests that the seeds I purchased are those of Wild Marjoram (Origanum vulgare), a variety common in the UK, but completely different to the Greek type, and an unexciting culinary ingredient.﻿ I have seen this herb described as having "all the flavour of lawn-clippings"! (Well, maybe if the lawn had been treated with clopyralid weedkiller then the clippings would taste odd!).

If I had purchased these seeds recently, I would have been in touch with the supplier straight away, but I think I will just leave things as they are, because the plant looks nice anyway, and the bees love the flowers. I'll just keep my eyes open for a real Greek Oregano plant. Now that I am more aware of its characteristics I'm sure I woud be able to identify one if I could smell or taste it.

As an afterthough, go back and read the words on the packet, shown in my third photo... If this herb were indeed to have the properties attributed to it, I believe that it would be very much in demand for growers of brassicas!
Posted by Mark Willis at 12:00