My self-imposed challenge this year has been to maintain a continuous supply of salads, through a disciplined approach to successional sowing. Every couple of weeks I have sowed seeds for more things like lettuce, endives, radicchio, landcress and Lamb's Lettuce (aka Mache)

I have devoted one of my seven raised beds entirely to salads (that's if you include beetroot): 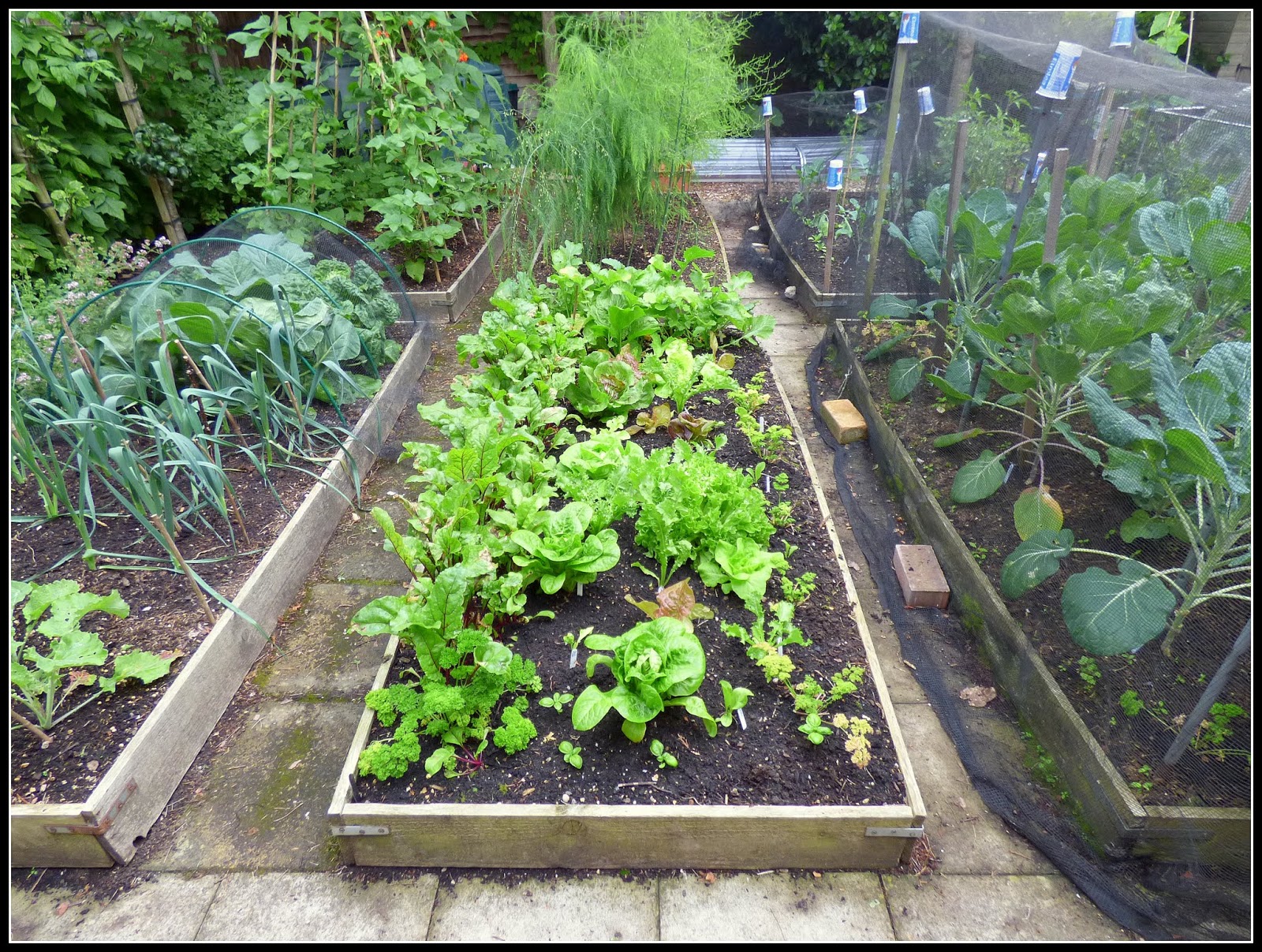 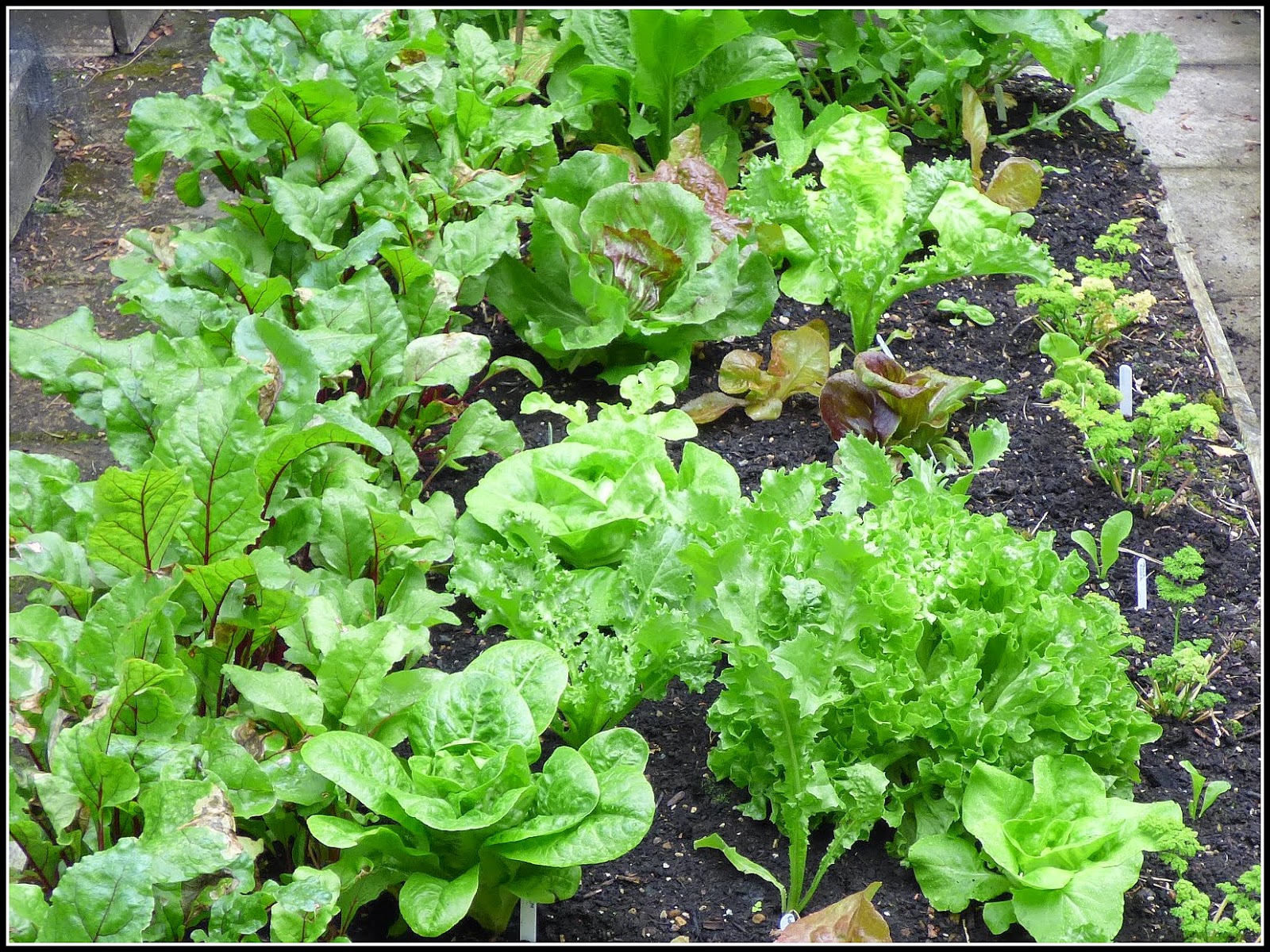 This next photo demonstrates very nicely the variety of plants I have included, with beetroot at the top,  and lettuces, chicories and endives of various sorts at the bottom: 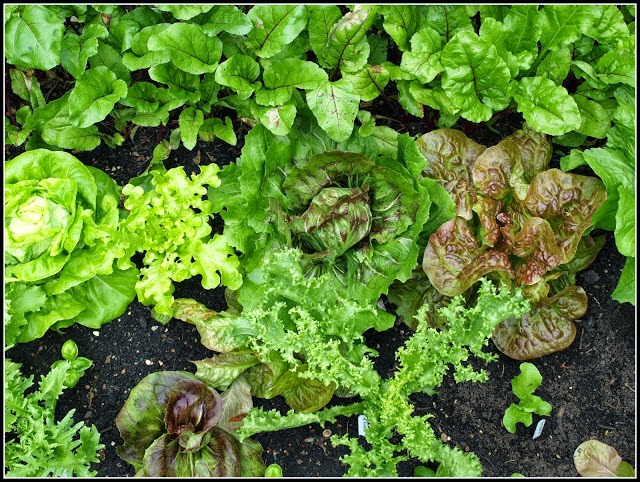 This is Curly Endive "Tosca" with lettuce "Marvel of Four Seasons" (the red one) and "Devin" (lower, centre). There is also a small "Can Can" lettuce and a Basil seedling. 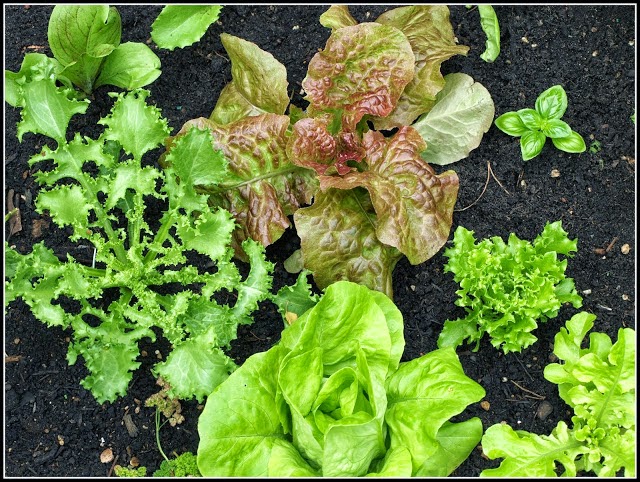 Until recently I had a few Turnips at the end of the bed, but those are gone now, and I have slotted in some more lettuce and chicory seedlings from the next batch. 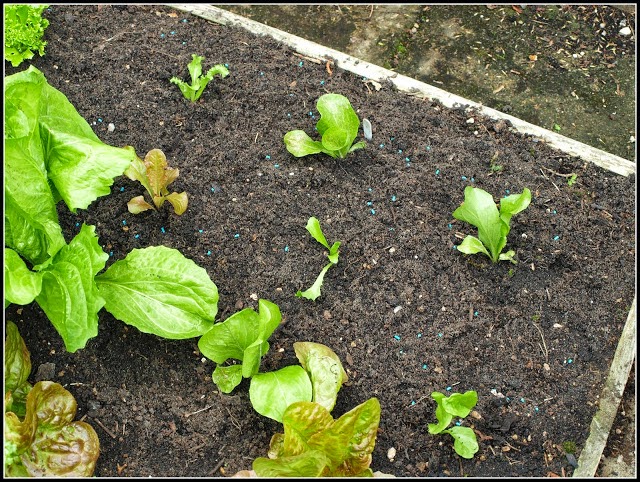 The Mesclun that I sowed in a small pot on the patio was looking good until a couple of days ago, but then the Flea Beetles found it and everything is riddled with holes. The mustard and the rocket is particularly badly hit. I'm not throwing this away just yet because the plants may survive and put up some fresh leaves, but I rather fear it might be beyond redemption. 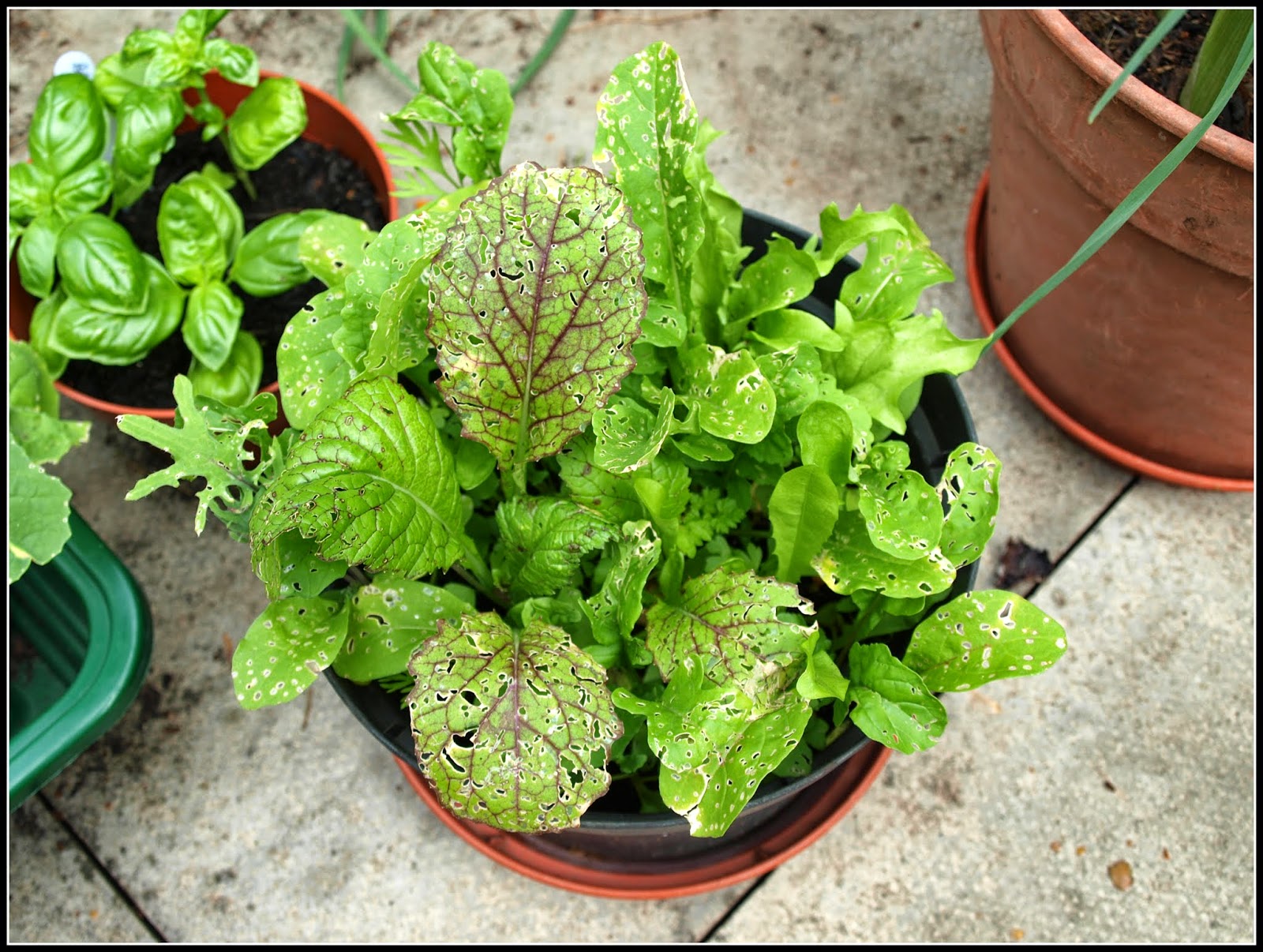 It is supposed to be the case that lettuce seeds will germinate very badly or not at all if the temperature is above 22C (70F), but I don't believe this. The best germination rates I have had this year are the lettuces sown recently, at a time of prolonged high temperatures - up to 31C this week. 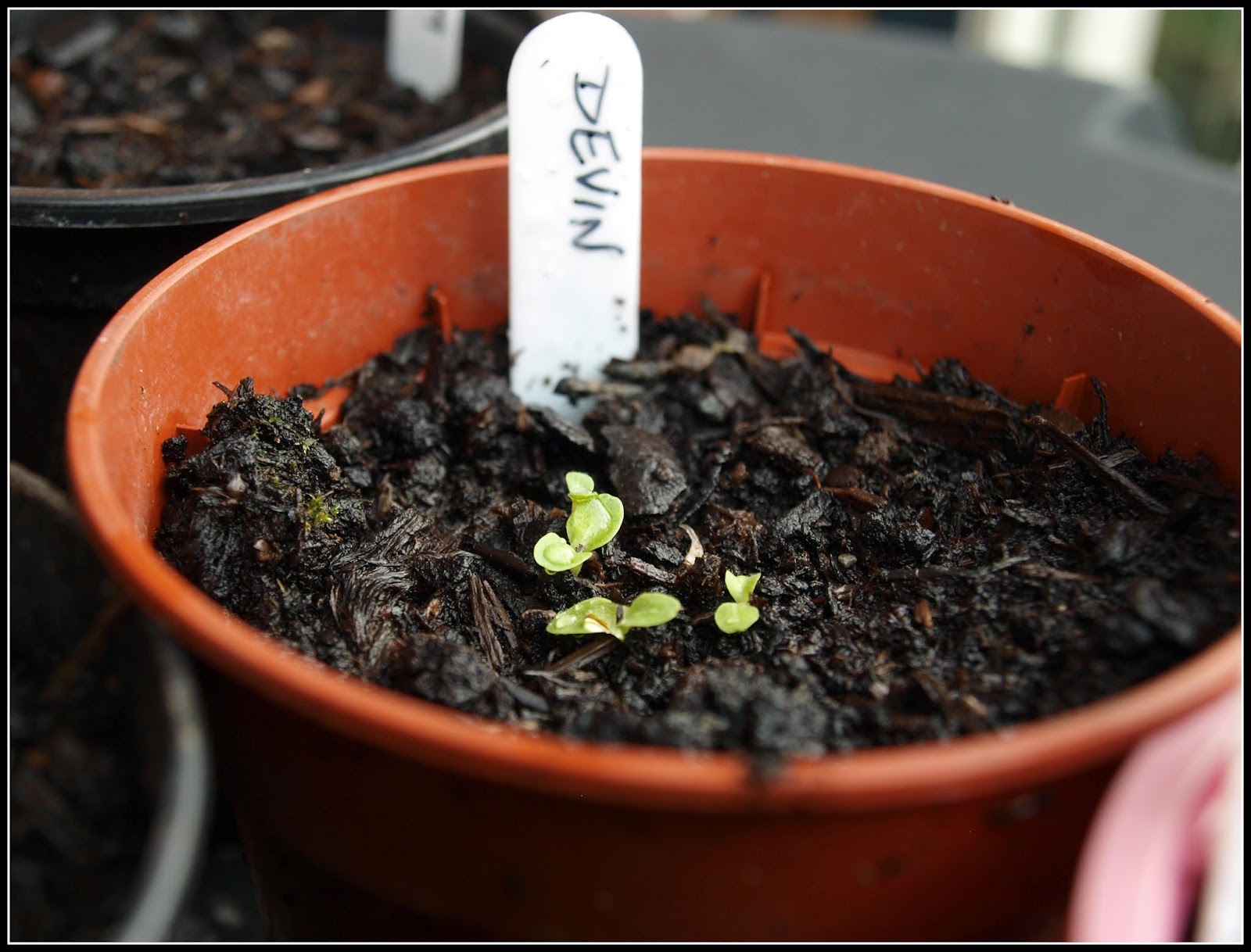