By my normal standards, this is pretty pathetic, but I am proud to announce that despite all the problems, I have at last managed to produce a few (a very few) ripe tomatoes! 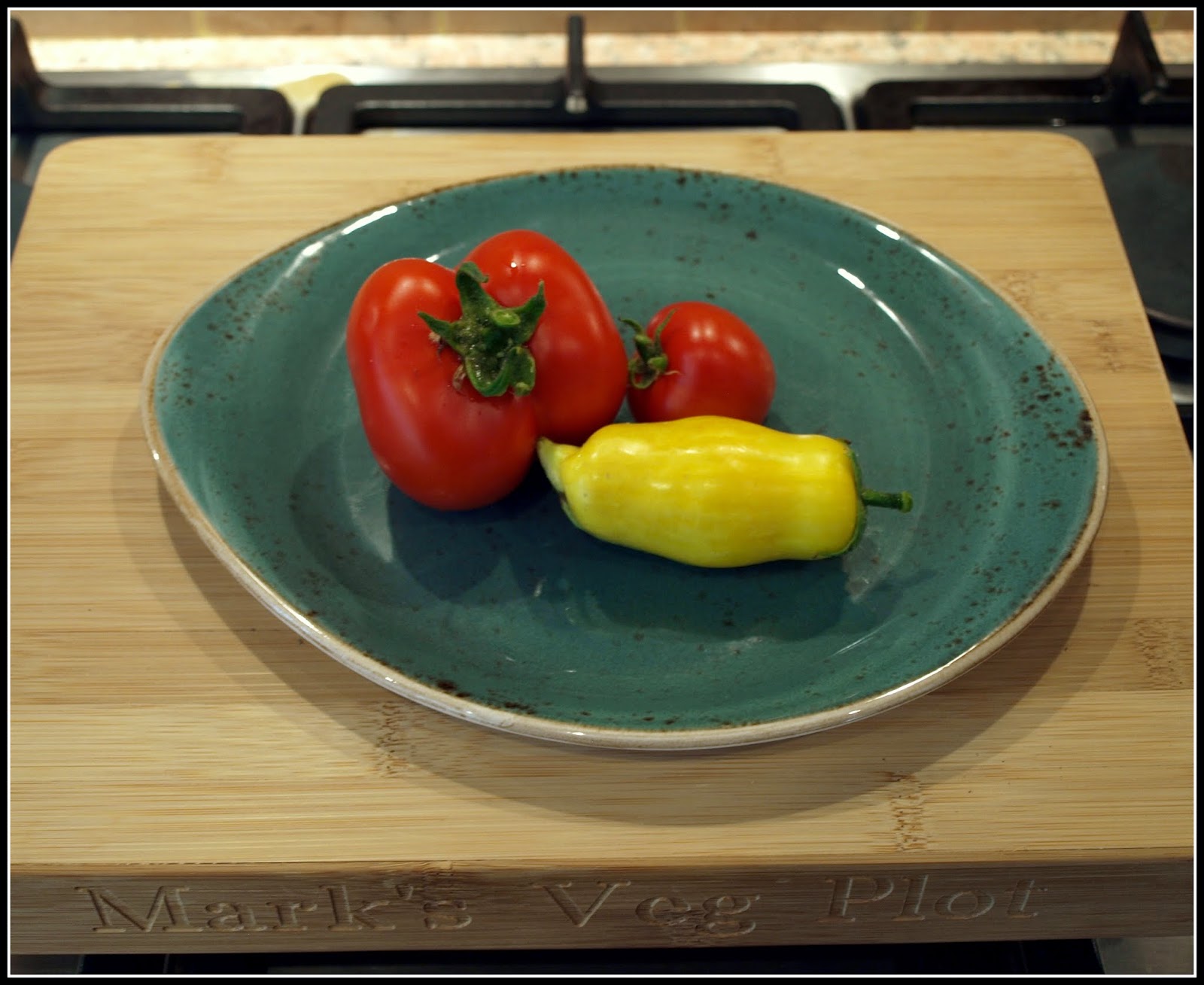 Well, something is better than nothing.... These are the first useable specimens of "Orkado" (the big one), "Maskotka" and "Banana Legs" (obviously, the yellow one). 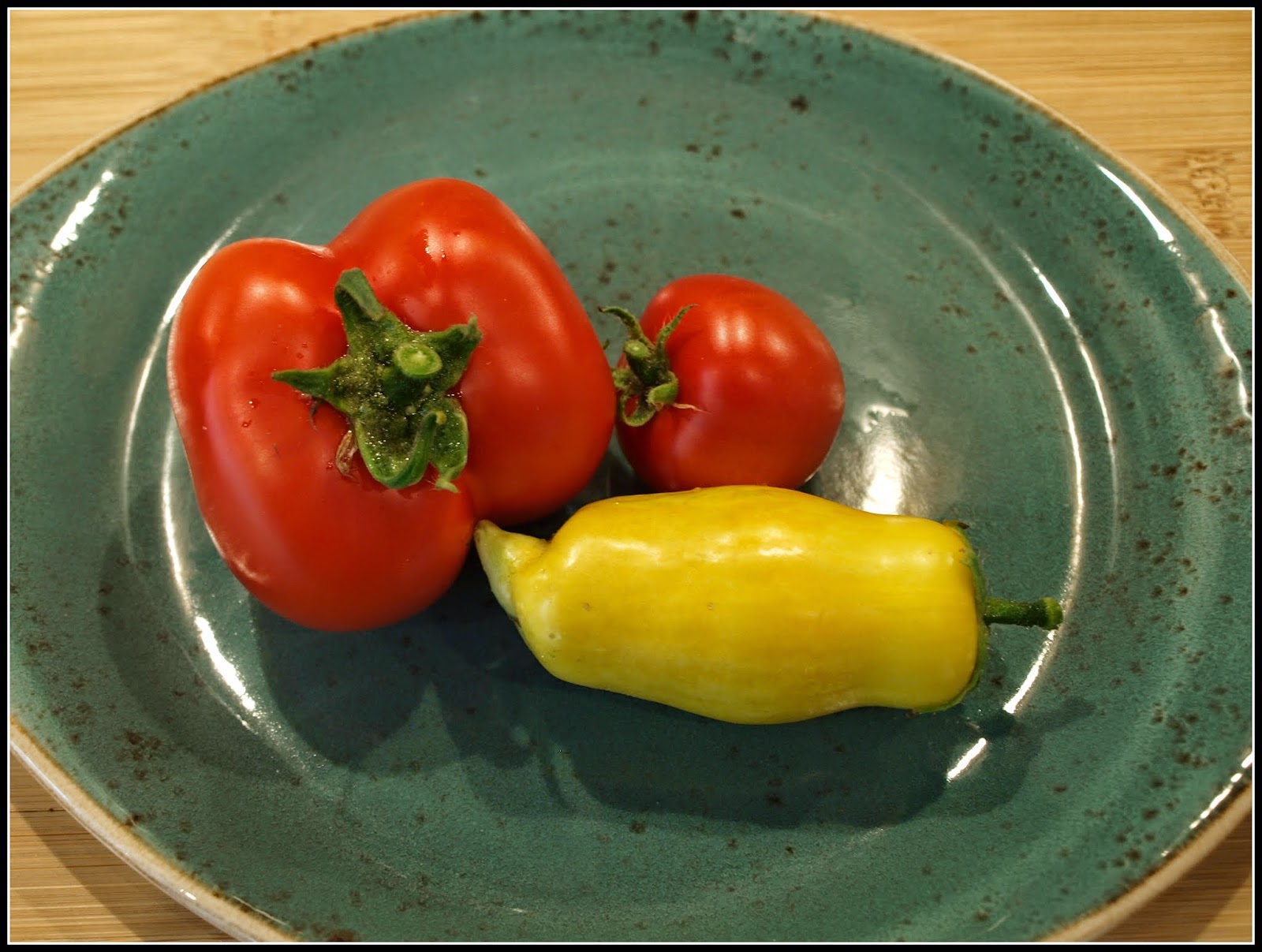 The Maskotka one was nice, with a good strong taste. Quite a decent tomato actually. The Orkado was rather dry, with a tough skin and a hollow centre with very little of the "jelly" you normally find around the seeds. And the Banana Legs one was insipid, almost completely tasteless. Now I am not saying that these tomatoes are representative of their varieties; far from it. Last year and the year before I grew Orkado and it produced some very fine specimens, so I think the poor quality is entirely due to the problems with the contaminated compost.

Some of the tomato plants are beginning to "grow out of" the weedkiller damage. Their newest foliage is looking slightly less contorted: 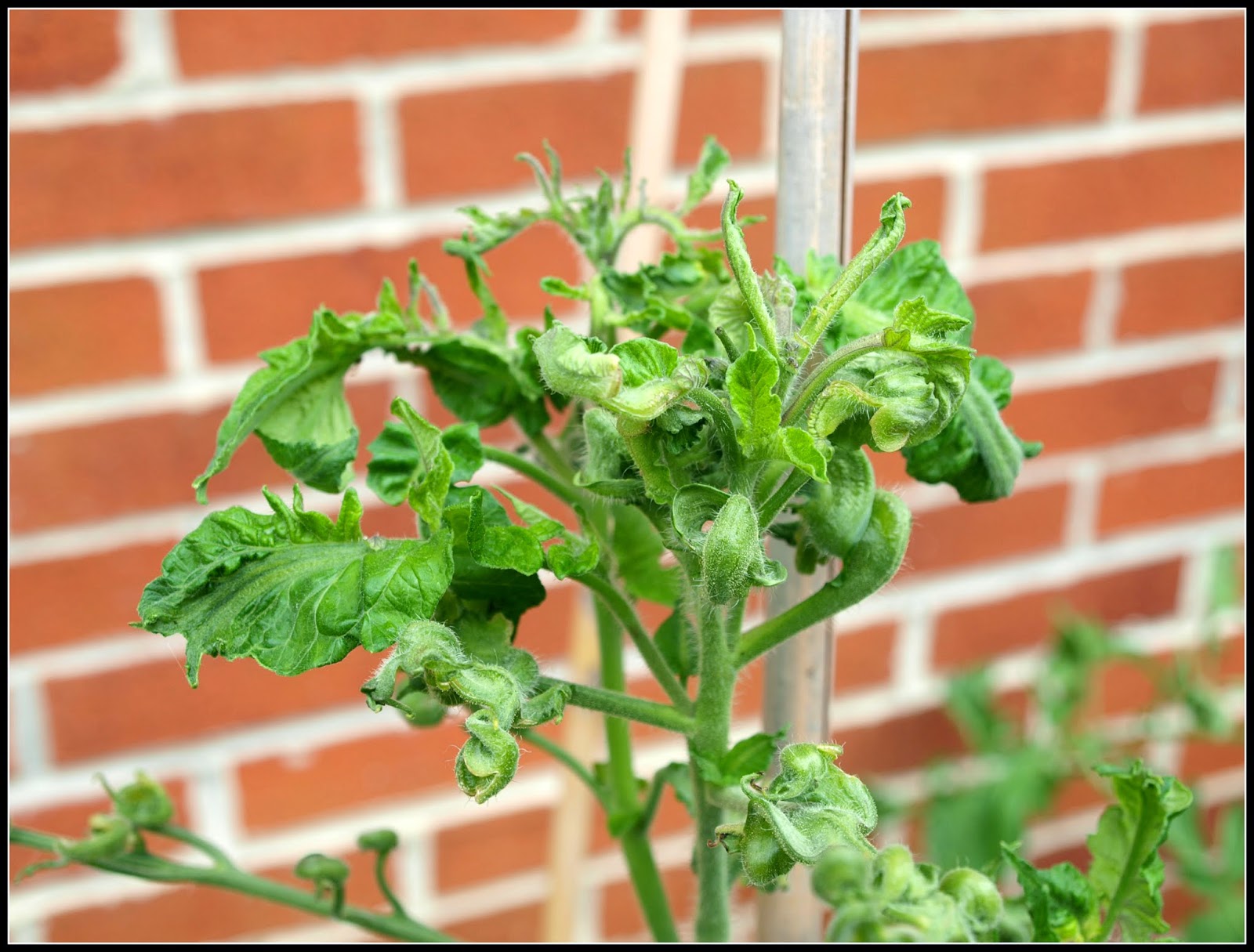 It's evidently not normal but it's not quite as bad as before. I think it will probably be too late in the season for the plants to set any more fruit on this new foliage, but at least it will help them to bring to maturity such fruit as is already there - i.e. not a lot! 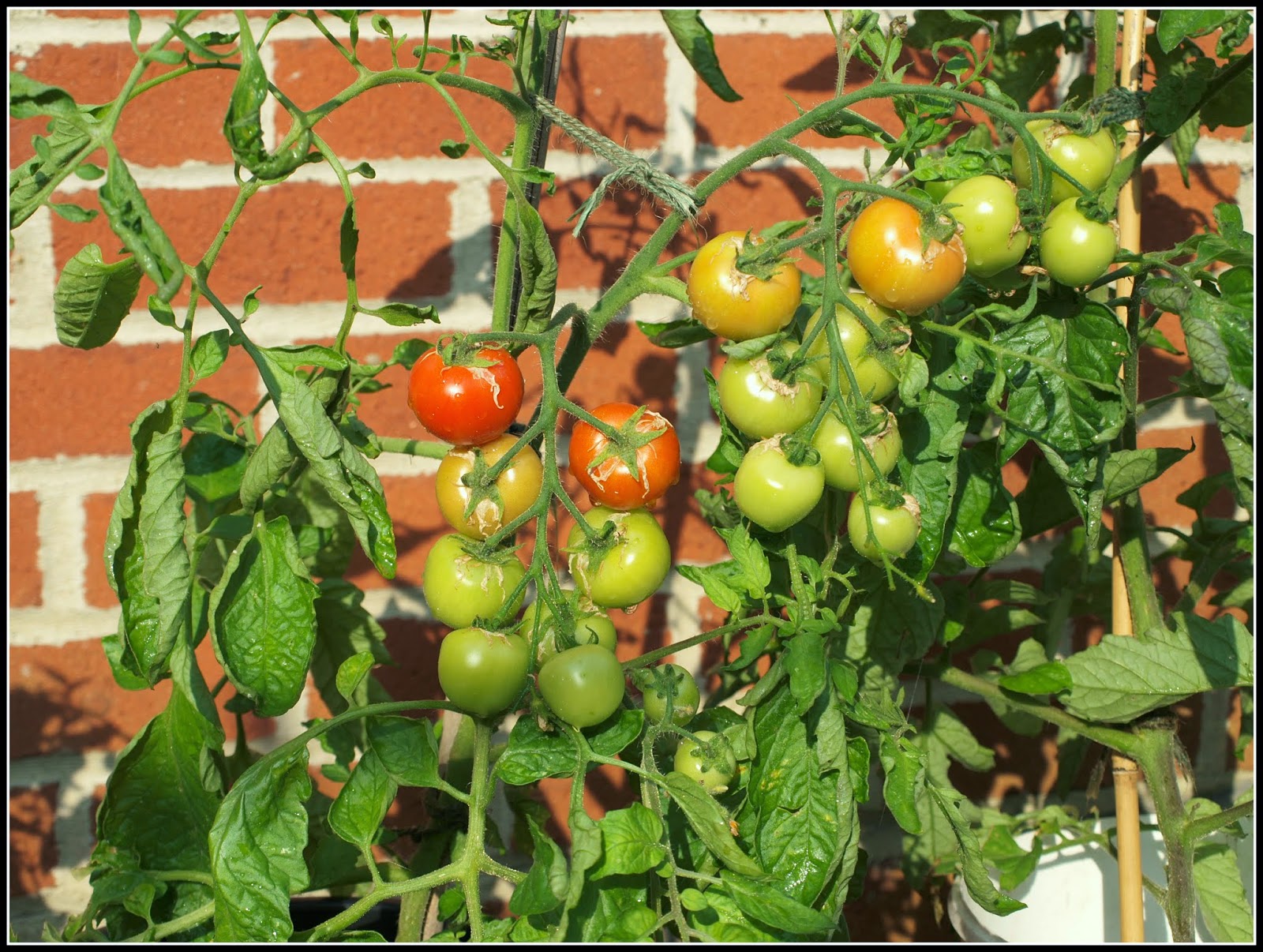 This is the only variety that looks like being even half decent this year.
Posted by Mark Willis at 12:00