For years I have wanted an Echinacea (aka Cone-flower). I don't know why I didn't buy one. I suppose it was because until recently I have considered my garden to be just a veg-plot and have devoted little attention to flowering plants. Anyway, all that has changed now. 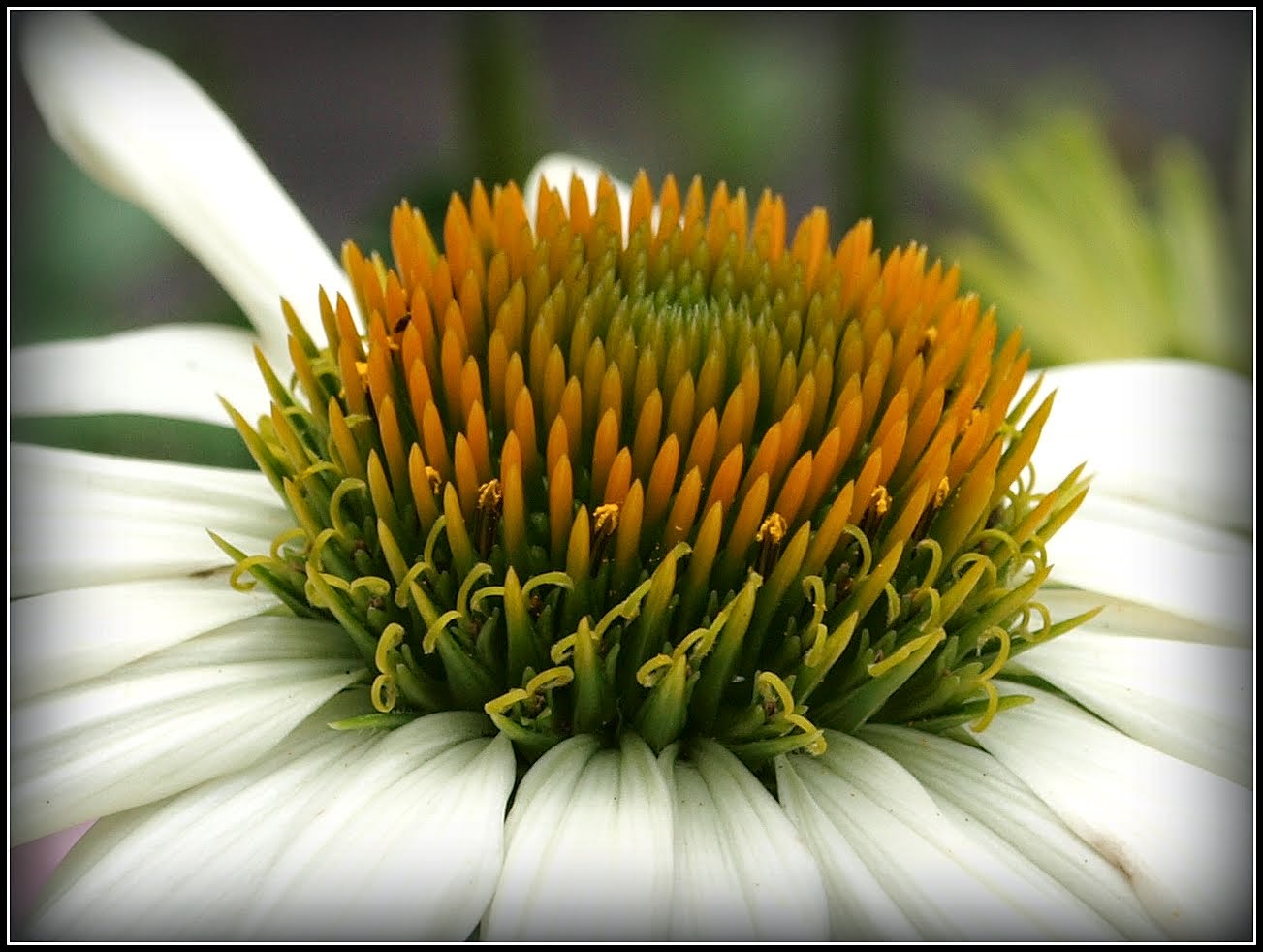 Last year I bought a rather bedraggled white Echincea ("Pom Pom White") in an end-of-season sale at our local Garden Centre, and was fortunate enough to get a plant which was easily divided into two 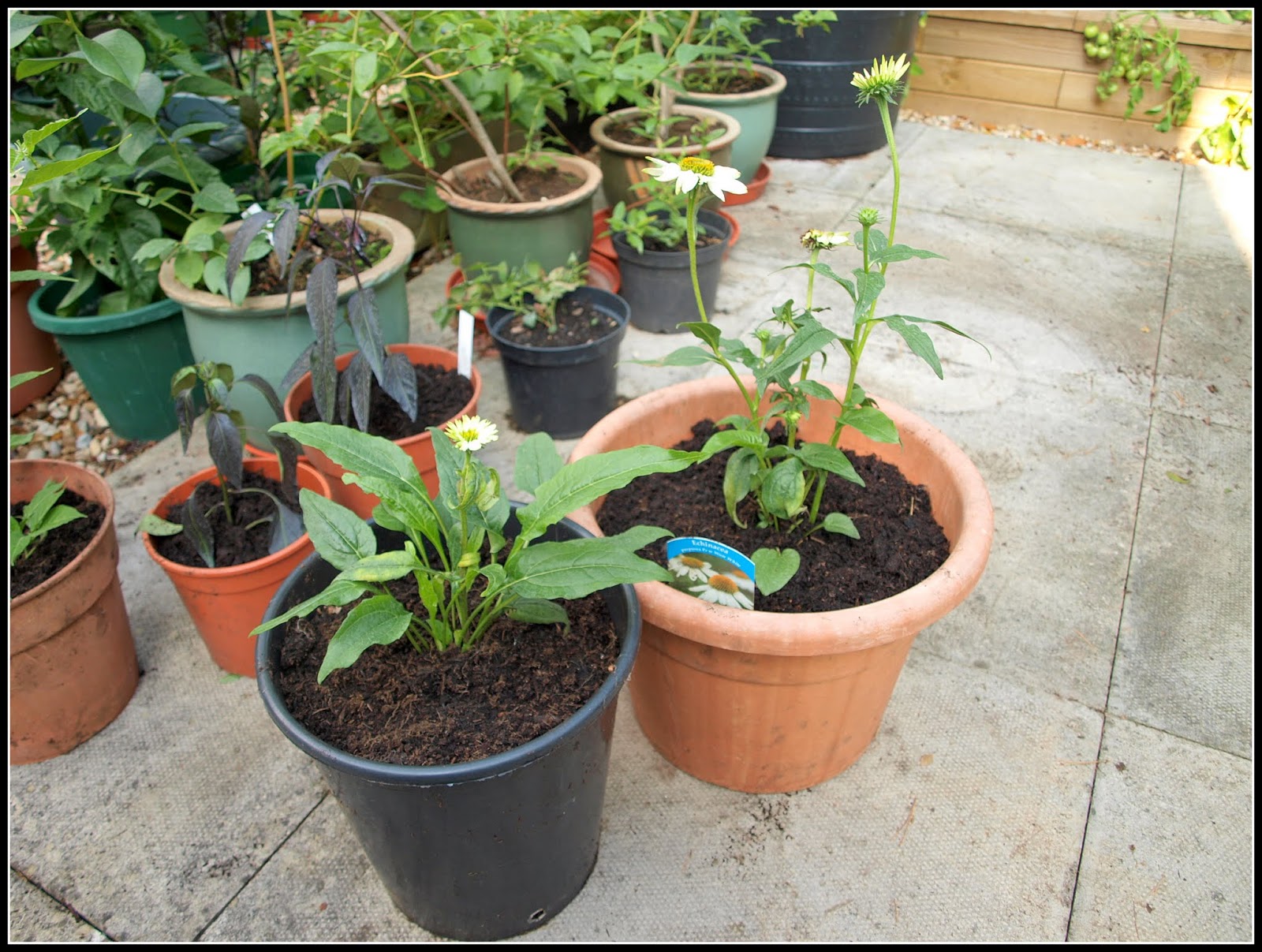 A couple of weeks later I also bought another Echinacea plant, this time one called "Little Magnus". It has flowers that are magenta coloured. Unfortunately I didn't take any photos of the plant at the time I bought it.

The plants have grown a lot during the year. This is what they look like now: 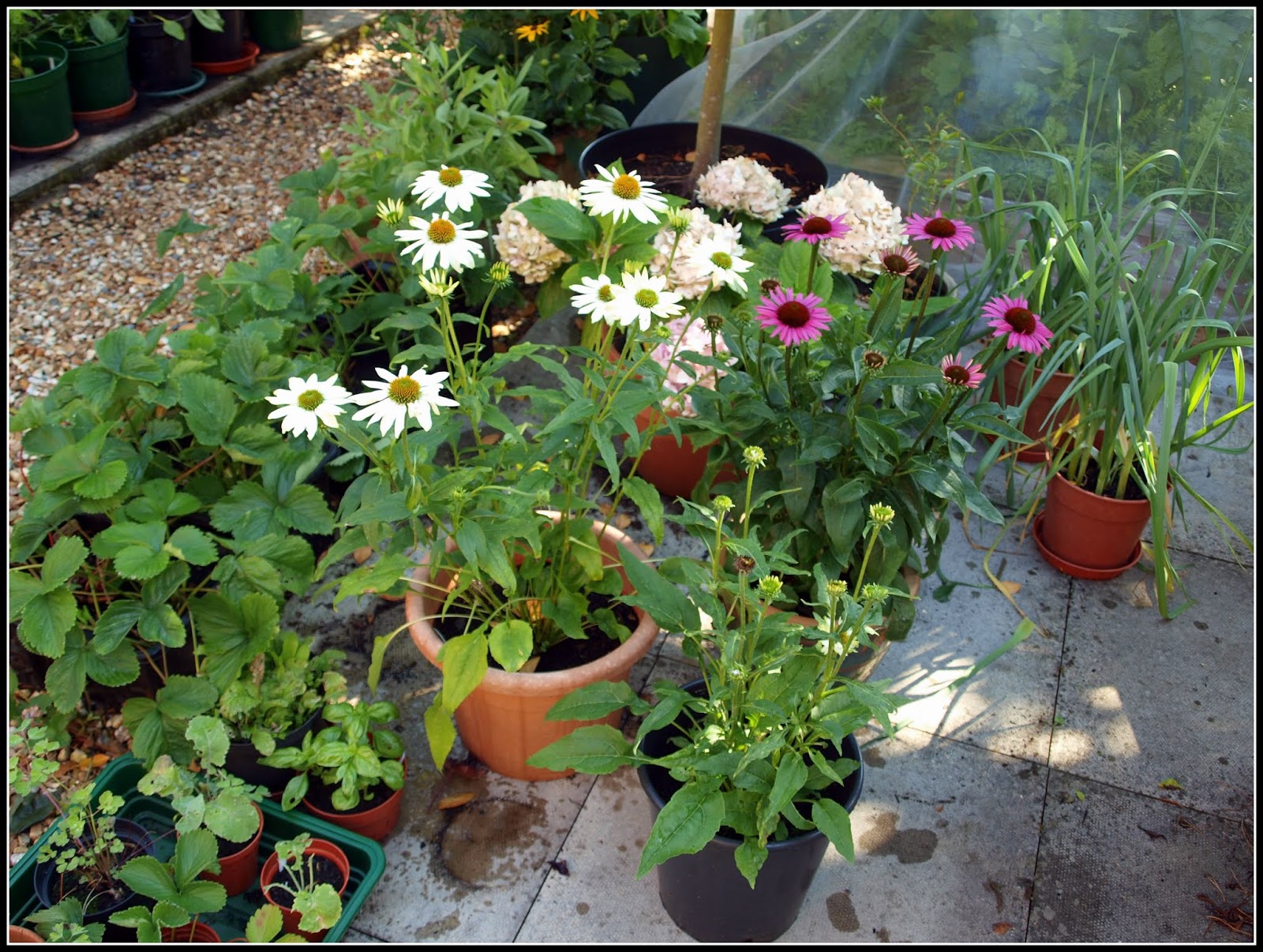 I am currently so enthused with this plant that I have taken loads of photos, some of which I want to show you now... 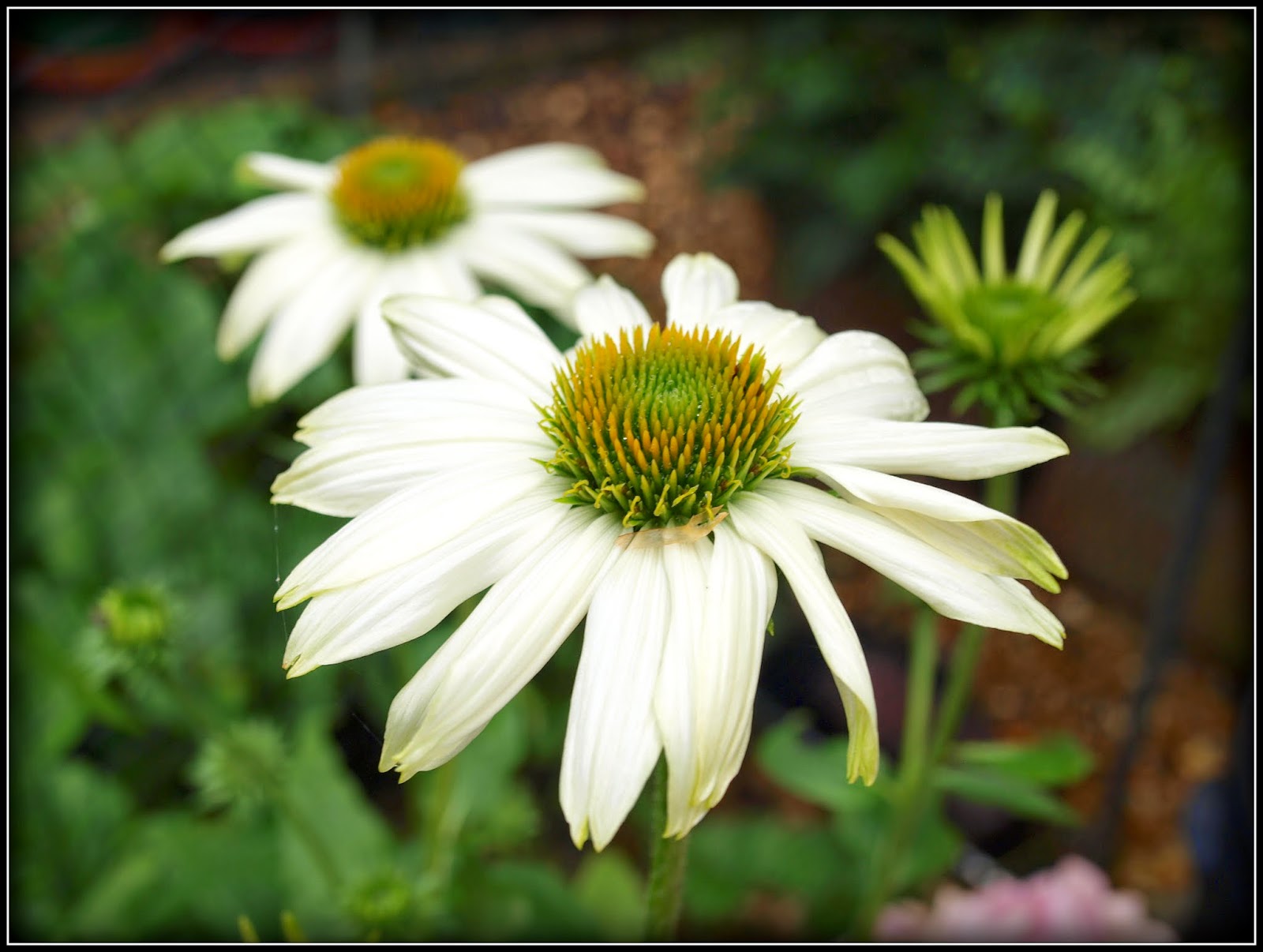 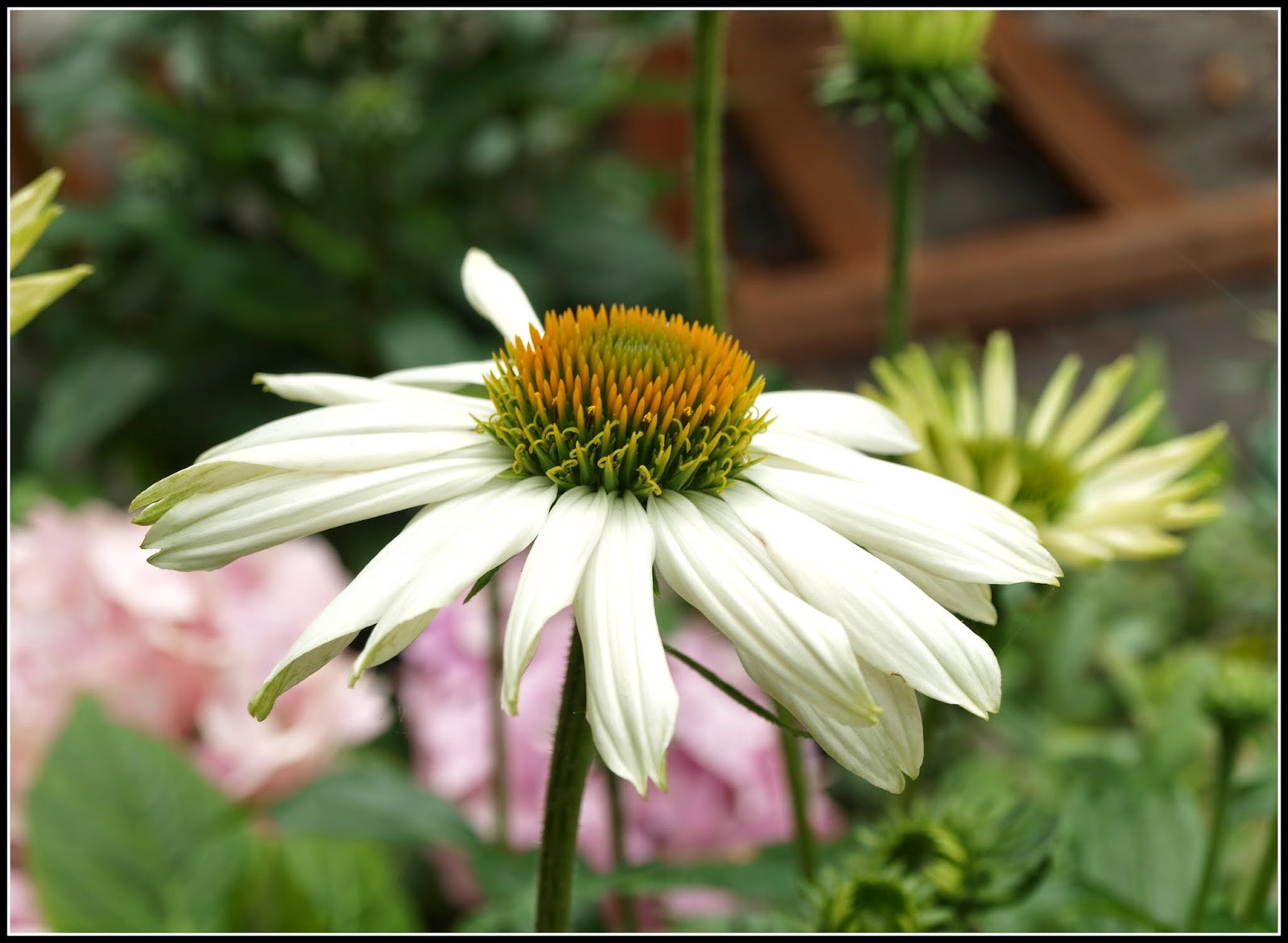 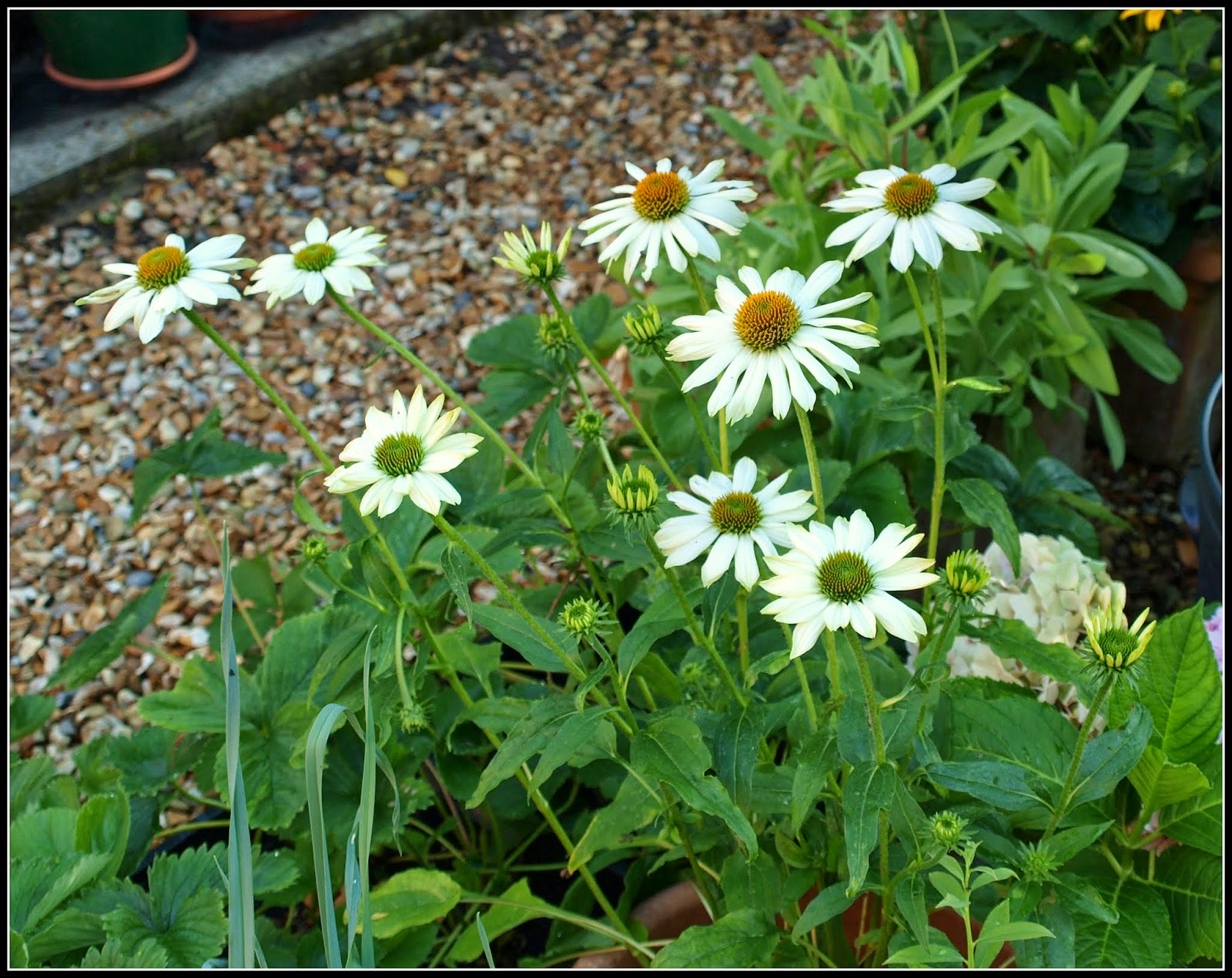 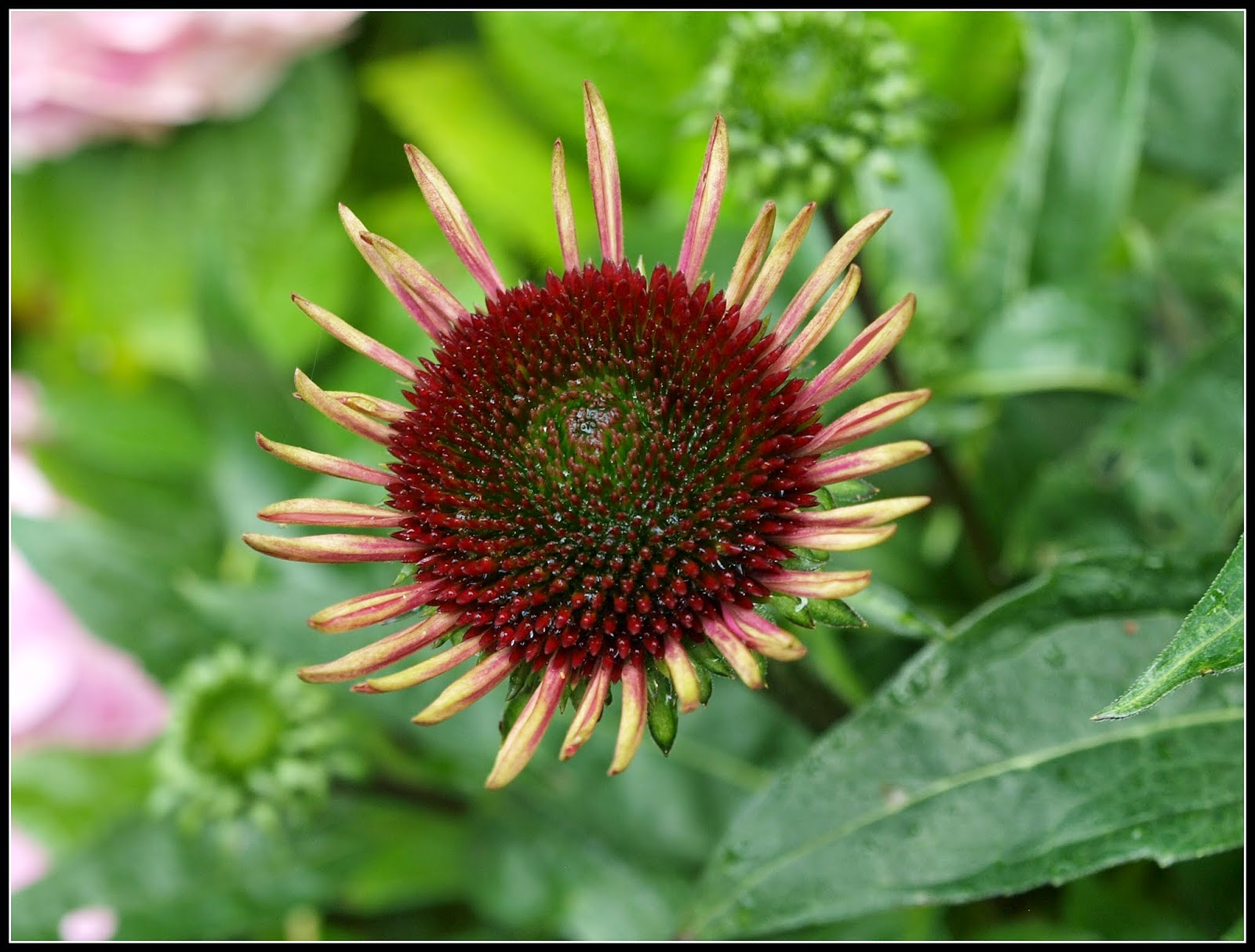 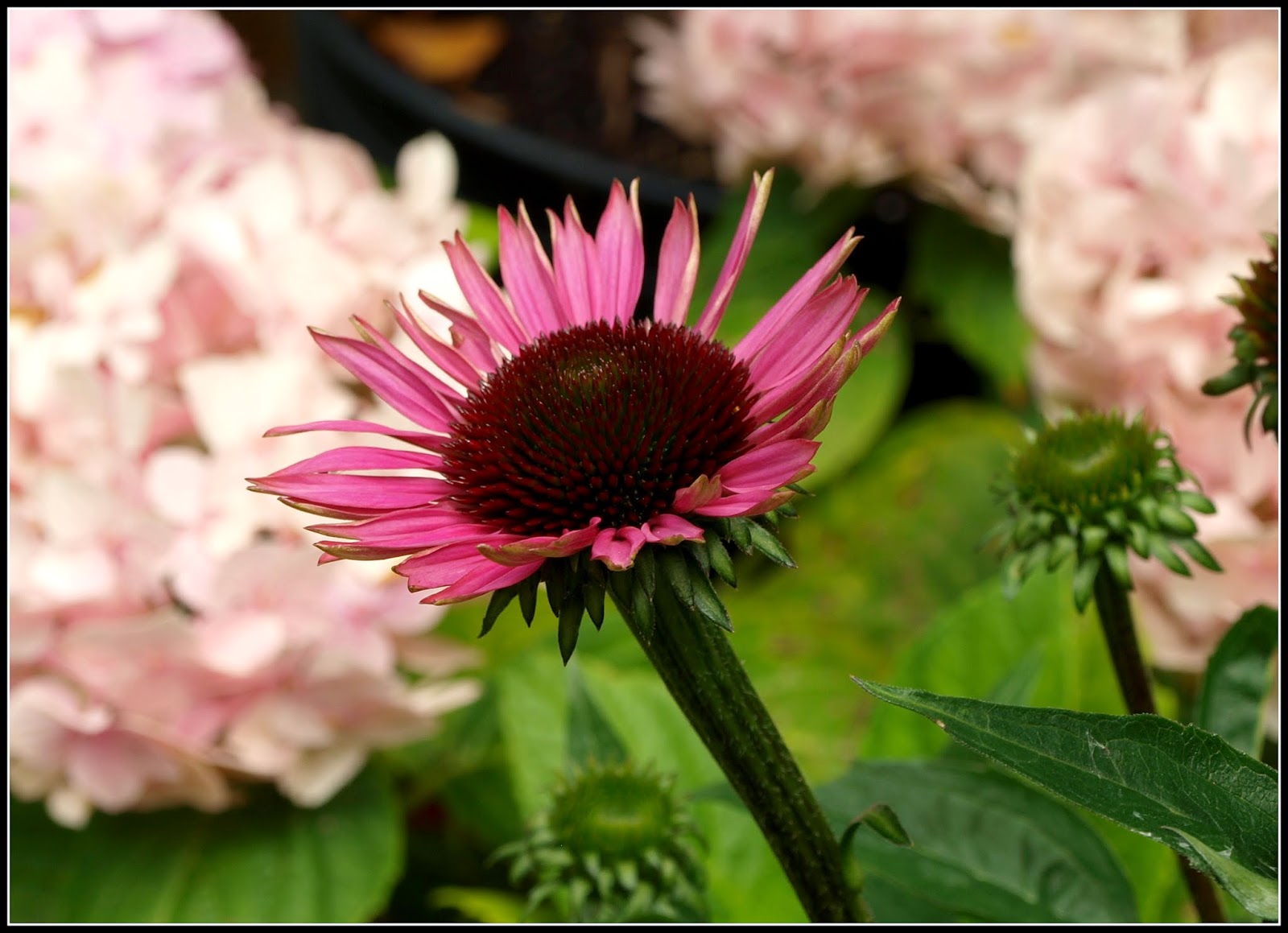 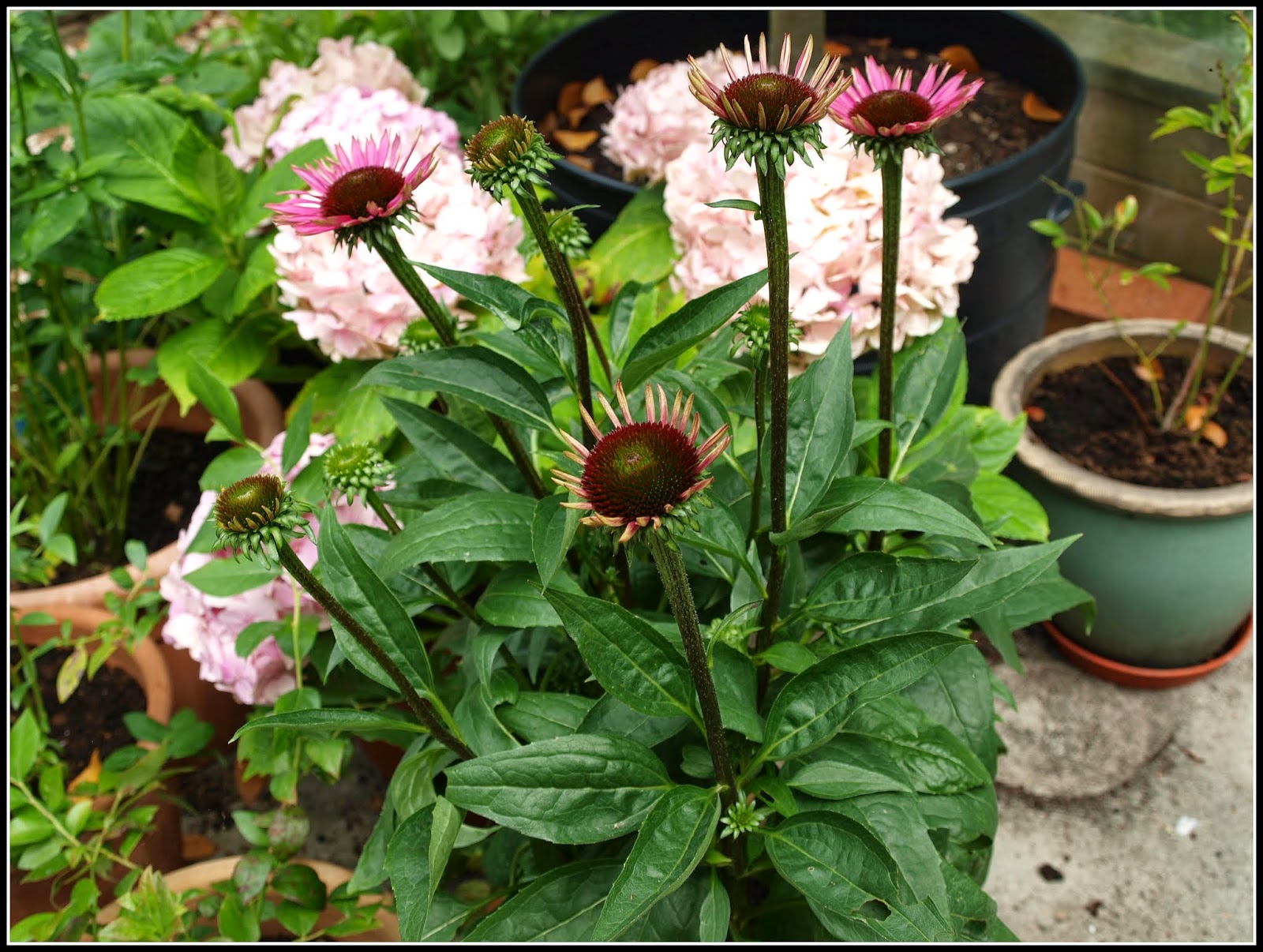 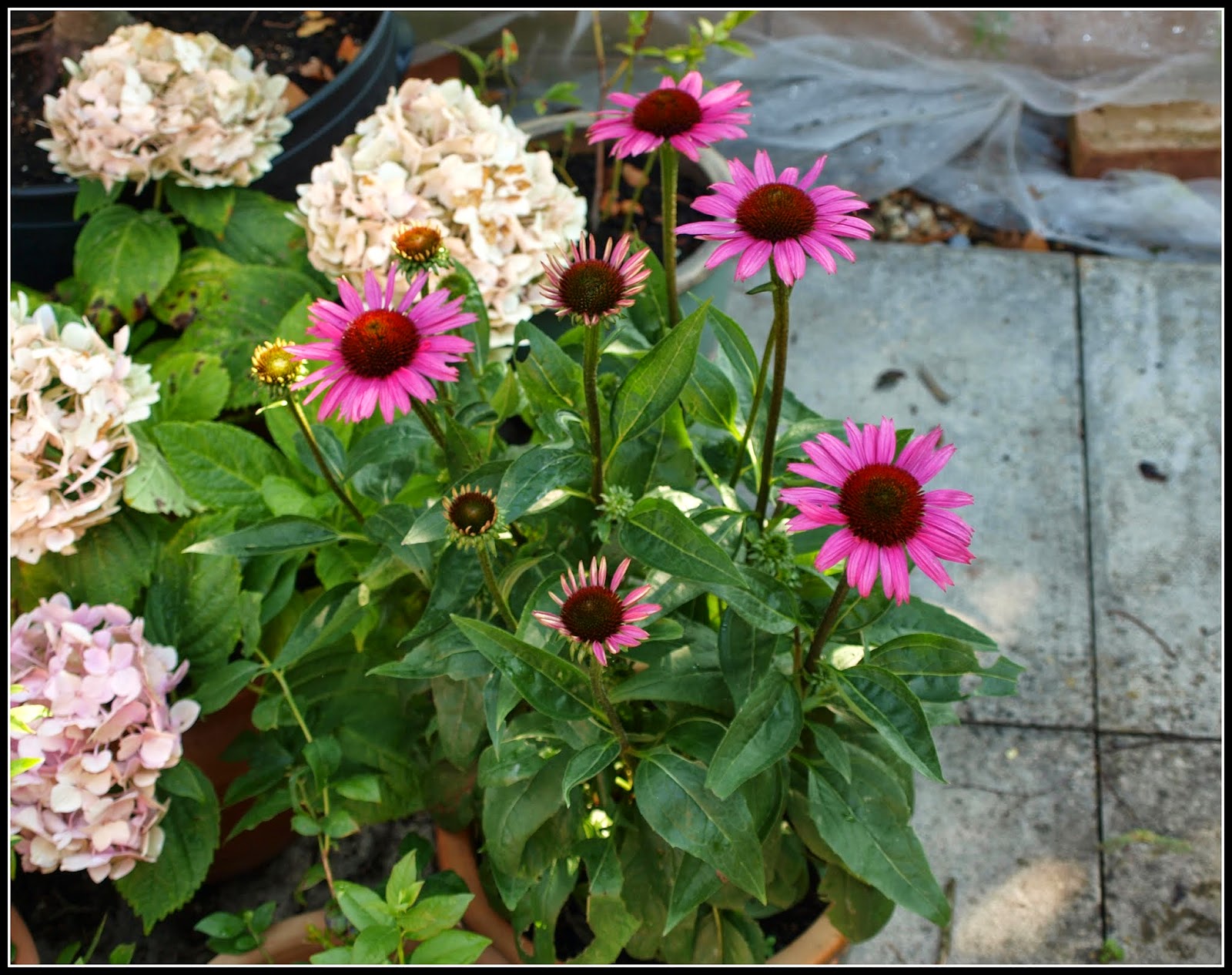 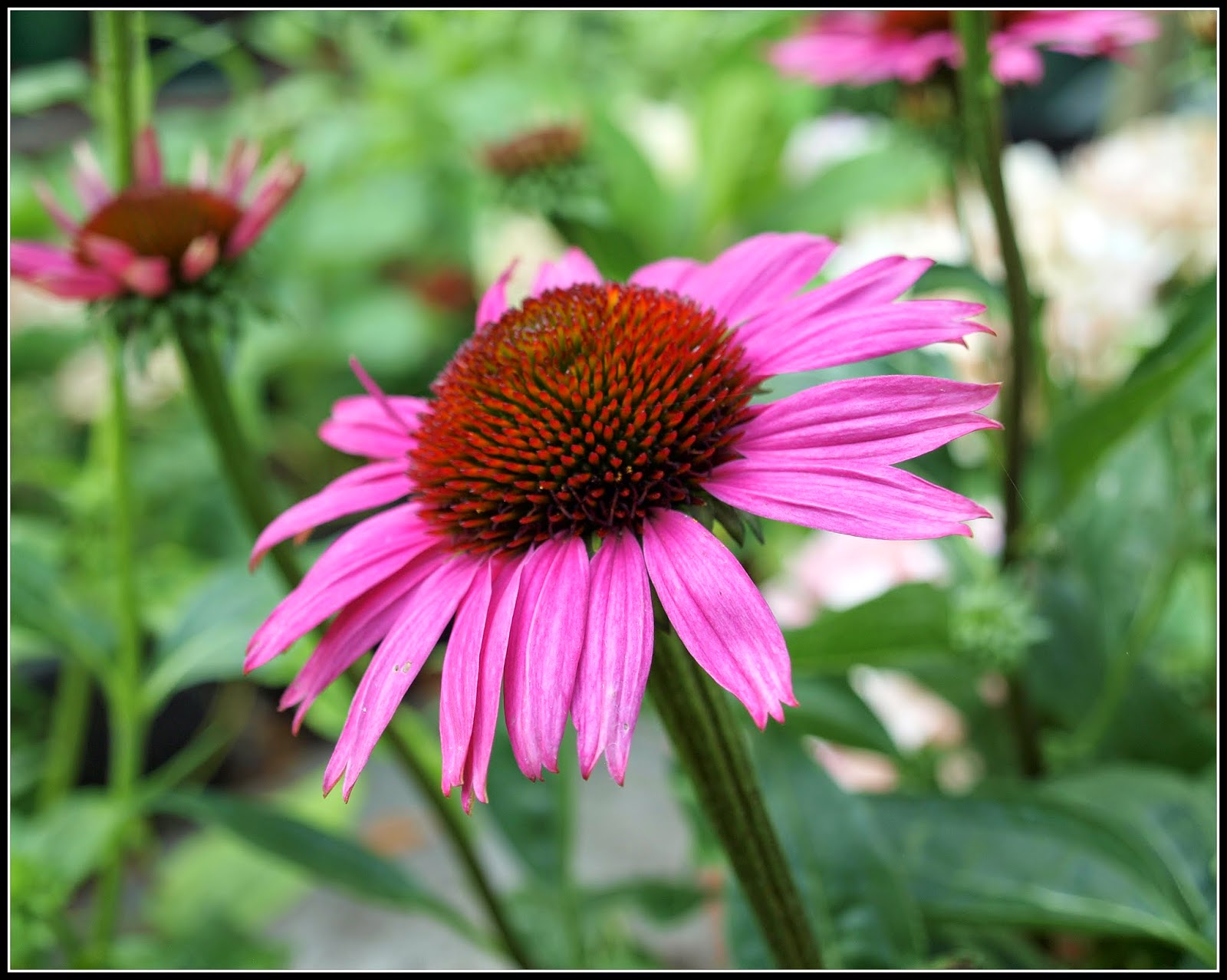 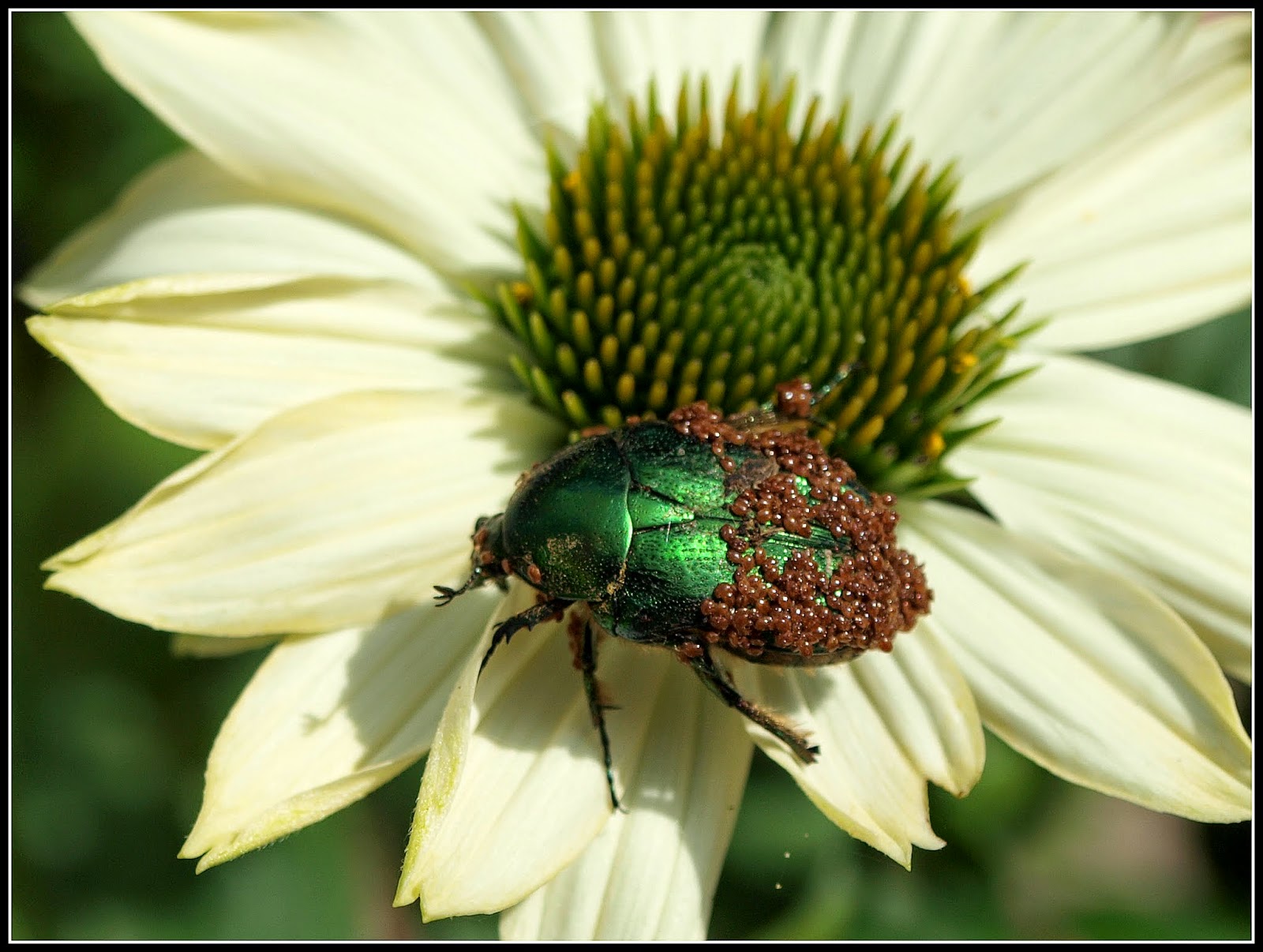 That beautiful green beetle thing (I have no idea what it is!) appears to be carrying a load of those little Brown Mites, like the ones I found in my compost bin back in April. Here's another shot of it: 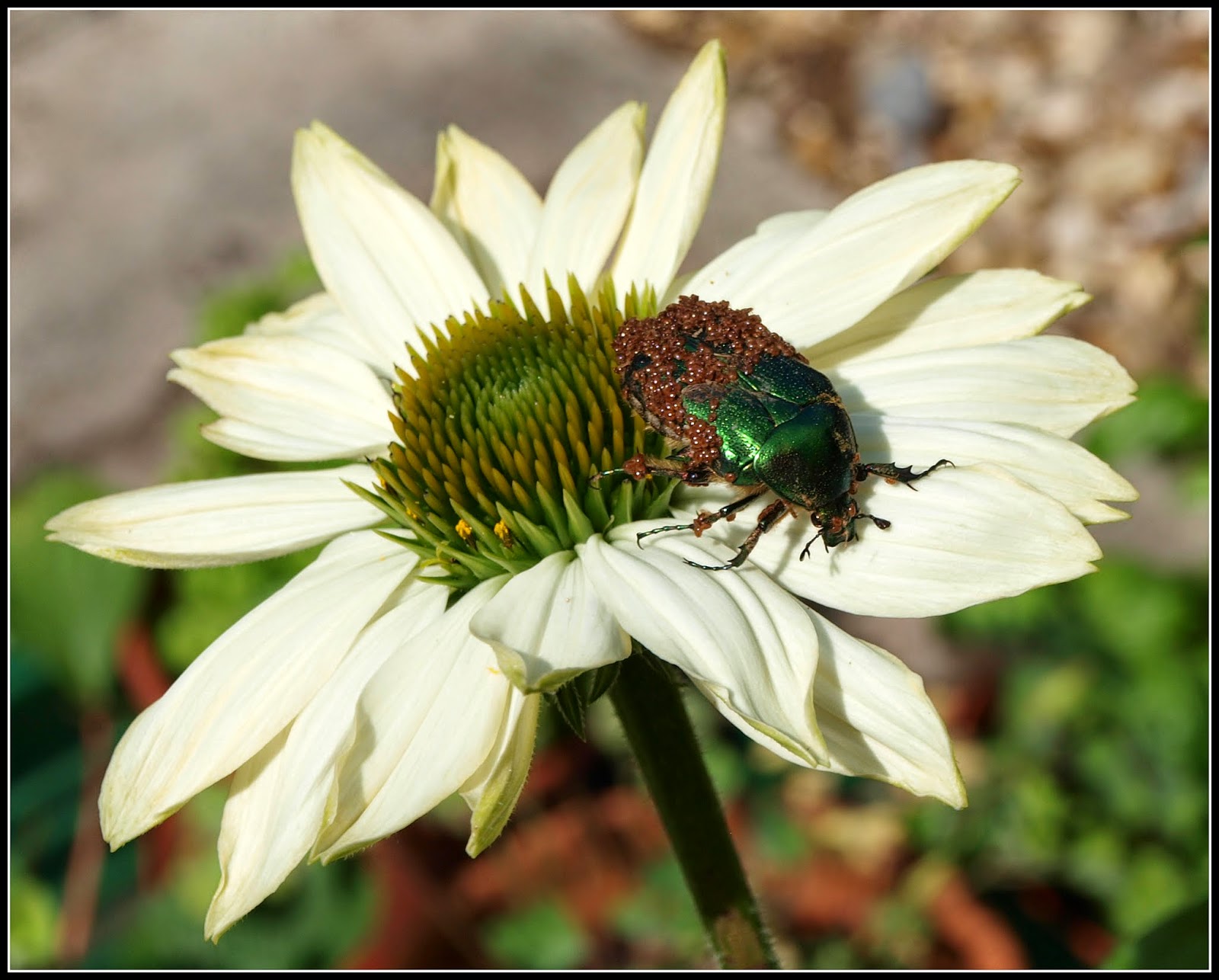 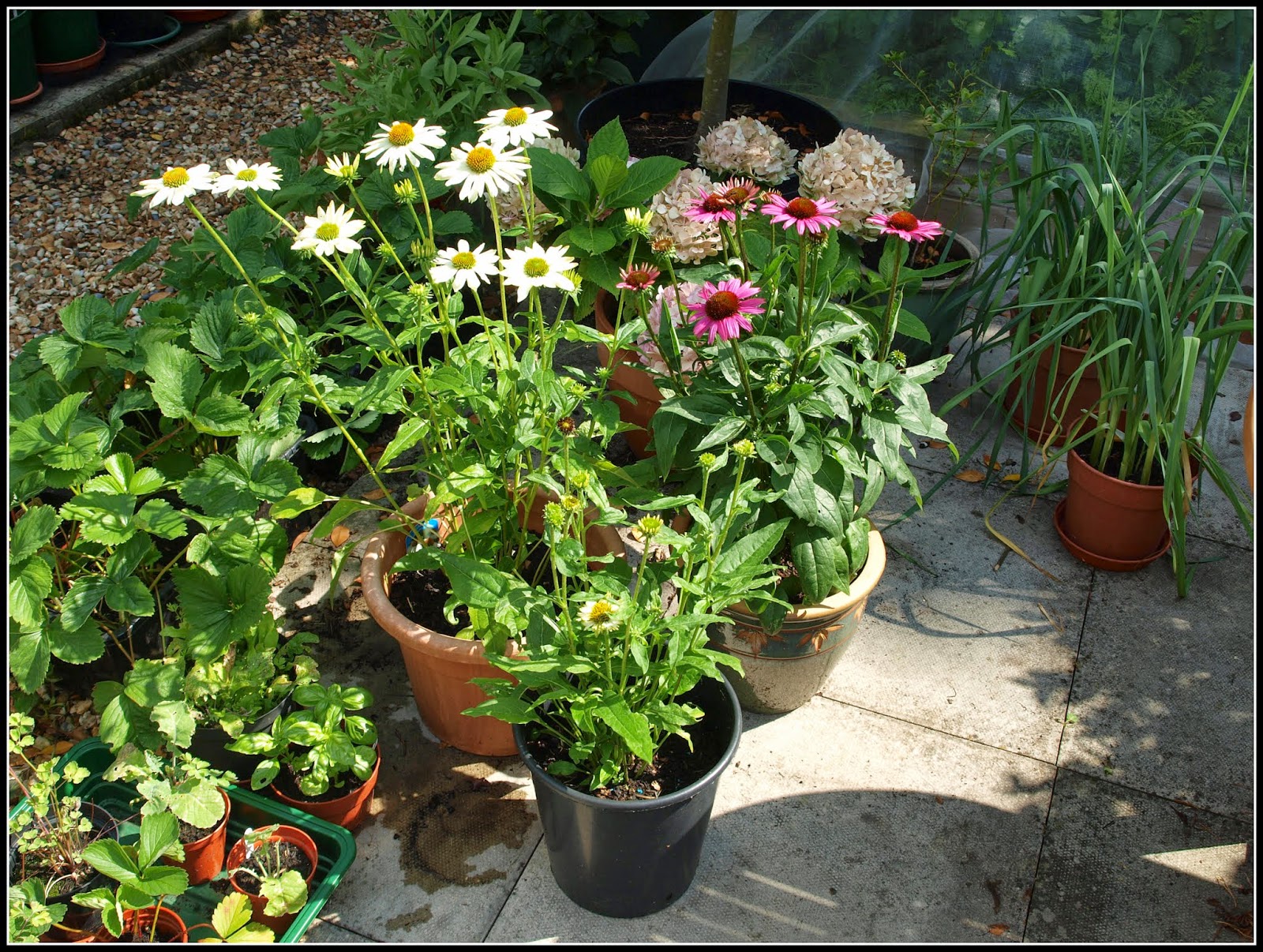 These plants have already earned their place in my garden, and I expect them to get even better as they mature.
Posted by Mark Willis at 12:00