My garden is mostly covered in nets now. Not beautiful, but necessary. I am beginning to notice Cabbage White butterflies in significant quantities now, and I know that if any brassicas are left unprotected the butterflies will find them and lay their eggs on them, leading in due course to a plague of caterpillars that would make short work of my few plants.

At the weekend I erected this net over my cabbages. It is supported by flexible plastic hoops, and pegged to the soil with wire staples. 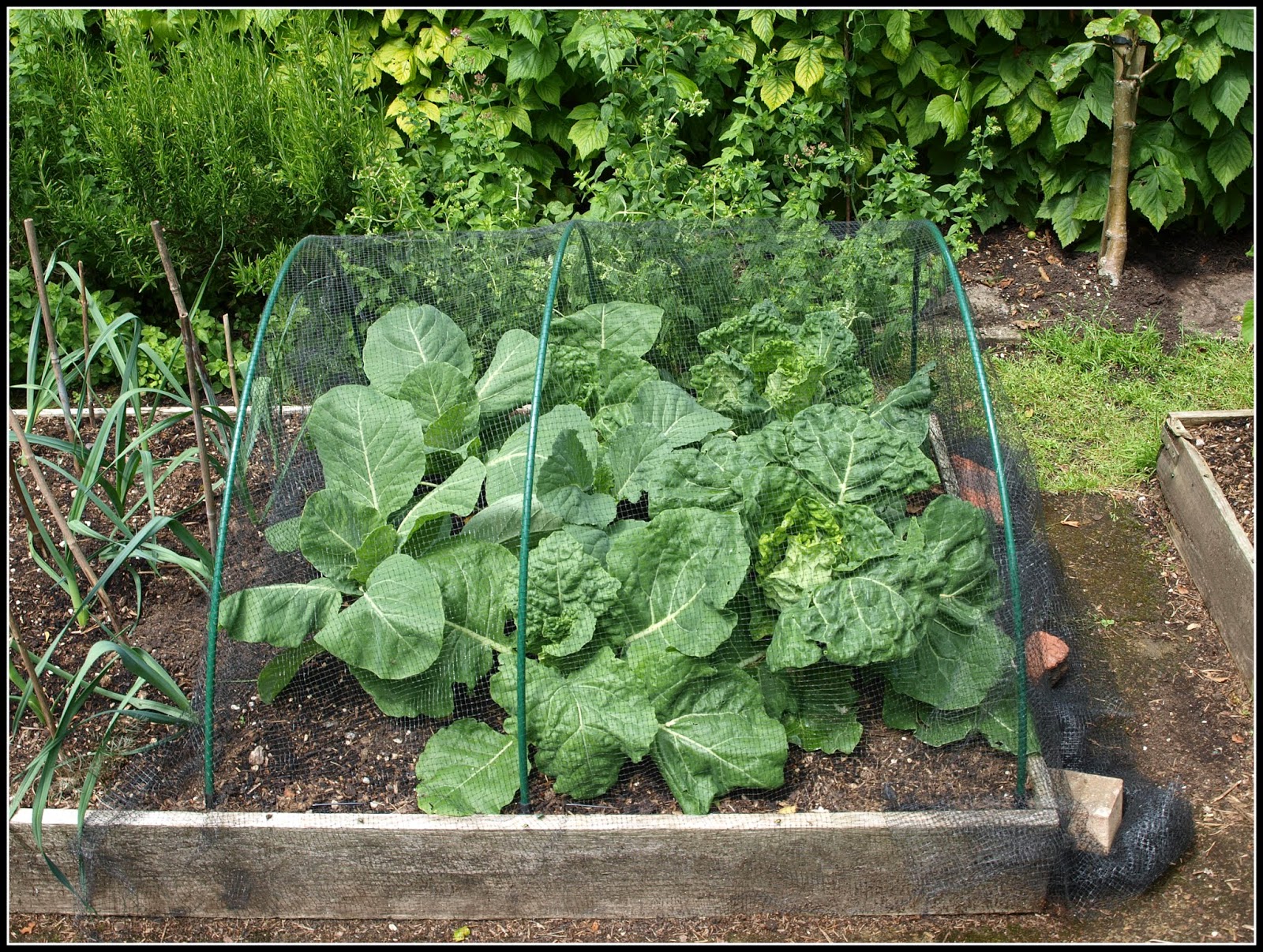 I also made this "quarantine area" for my PSB seedlings, which are awaiting their turn to be planted (which will come when the Broad Beans are finished). It consists of the frame of one of my mini-greenhouses with some netting draped over the top and held in place with clothes-pegs. It doesn't need to be anything fancy, because it only has to last a week or ten days. 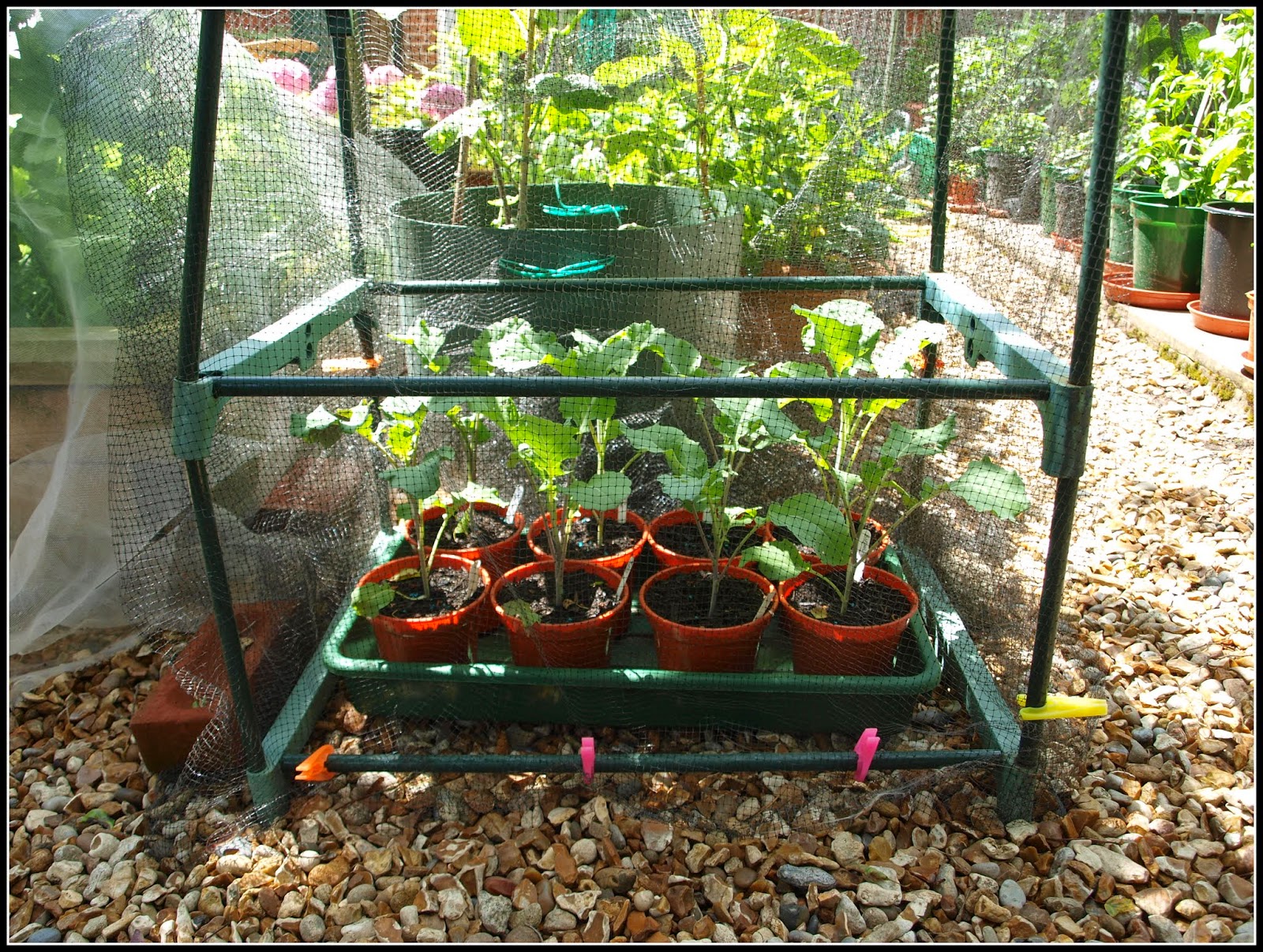 Elsewhere, the Blueberries are also protected by a net. You can see that the berries are colouring-up as they ripen, and I'm sure that the Blackbirds will have noticed this too! Without netting, these berries would disappear very rapidly. The Blackbirds are less fussy than we humans are, and will often pinch berries that are very under-ripe by our standards, so that they can get in before us. 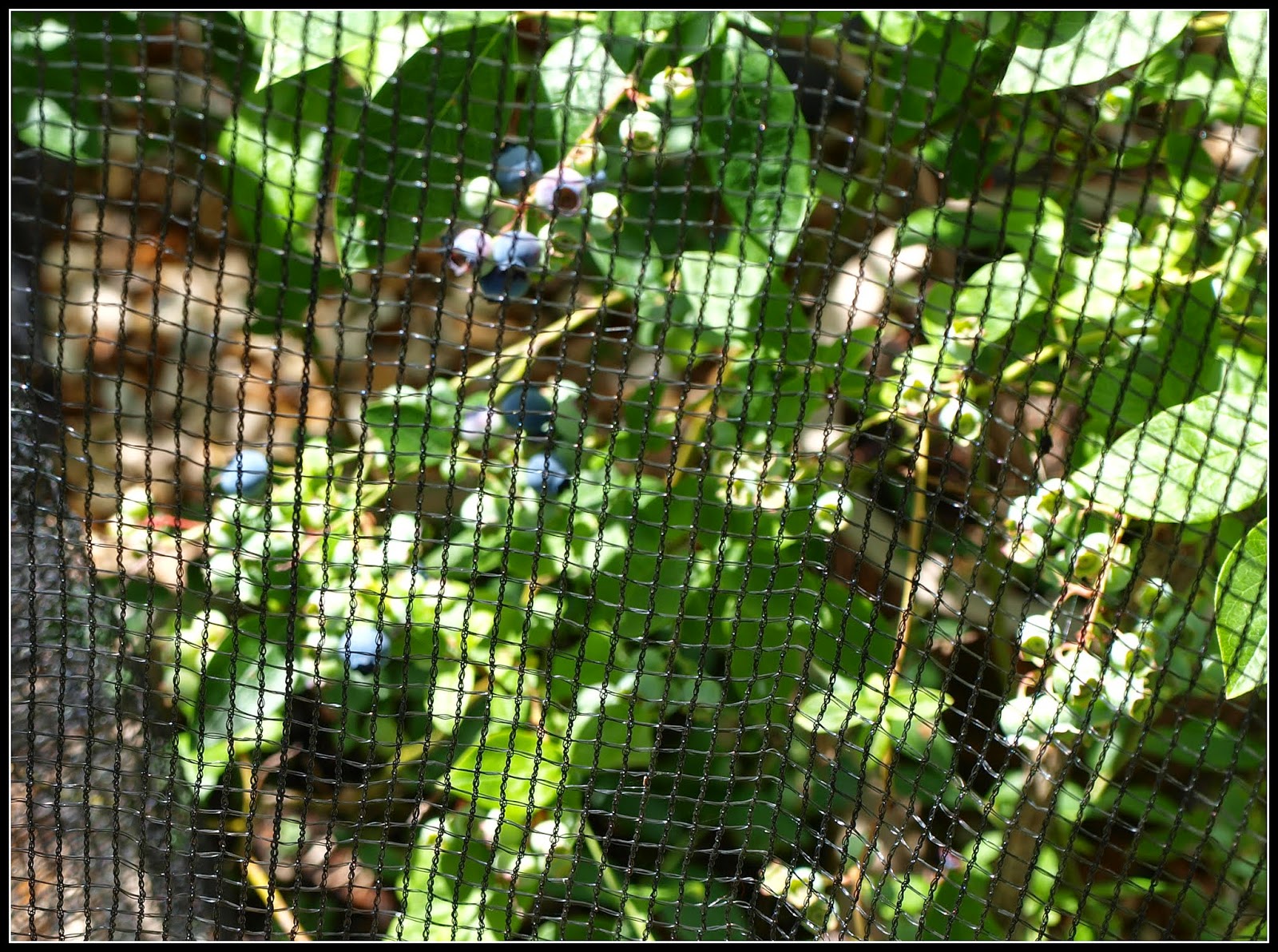 Then of course there are the Brussels Sprouts: 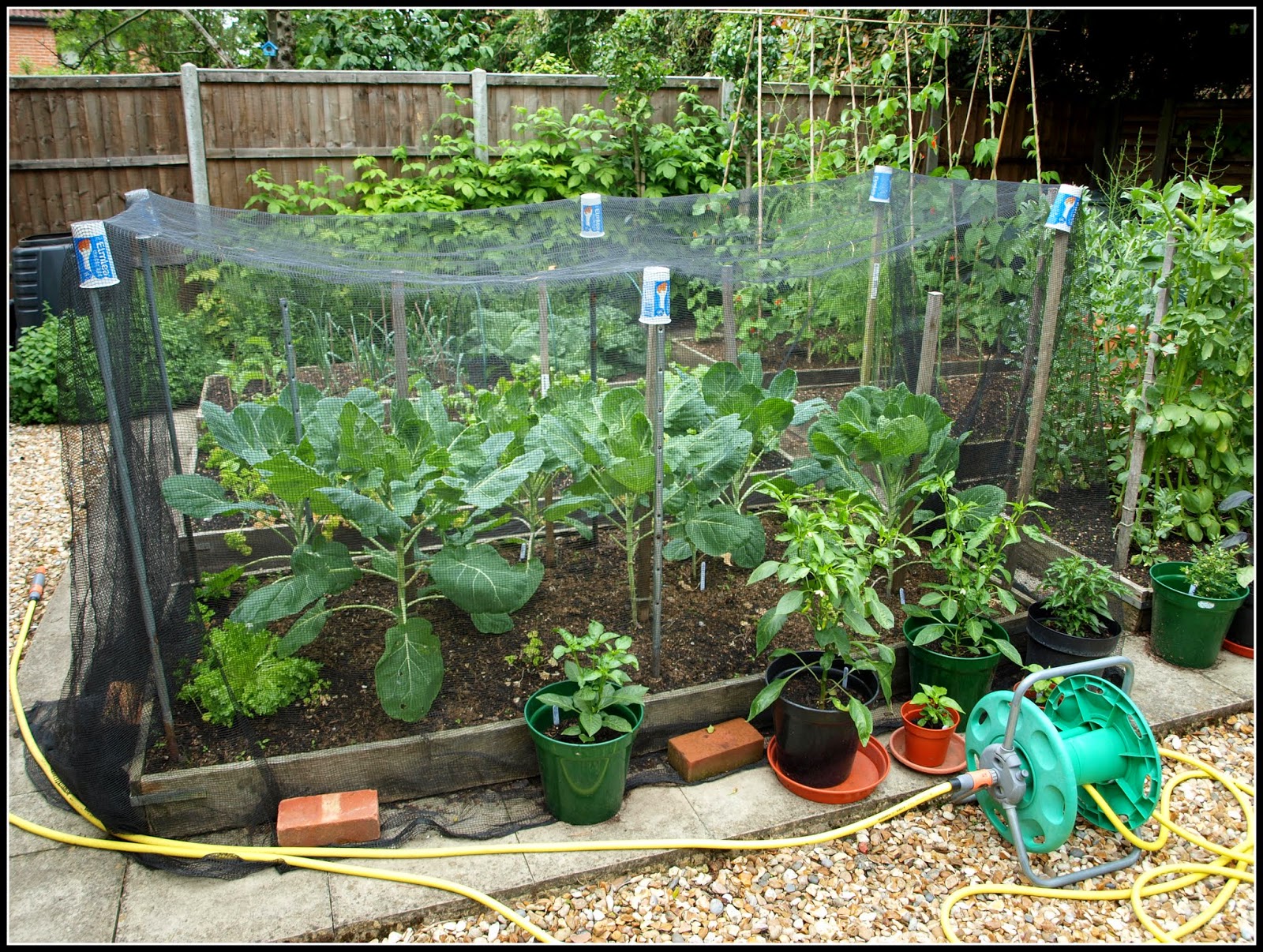 And the Carrots and Parsnips. Will those Parsnips ever stop getting taller??? It was only the other day I raised their Enviromesh cover by about two feet, and now it looks as if I need to do it again! It's a good job I bought a huge piece of mesh. 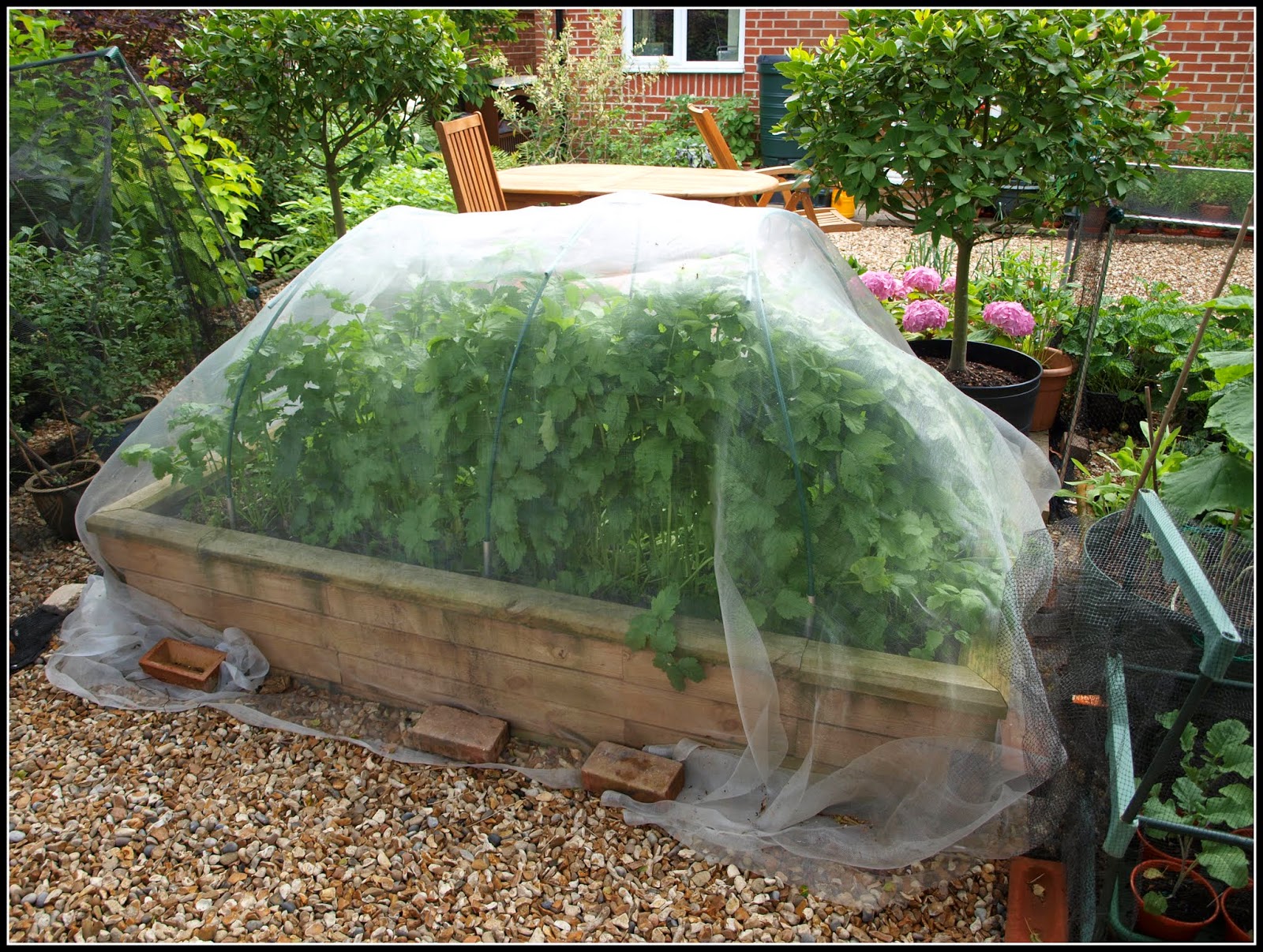 ﻿
These days I don't think I would manage to get a viable crop of anything if I didn't have nets. It makes me wonder what I did before I had them, since it is only relatively recently that I started using them. I suppose in the "old days" I would have been less demanding, and perhaps happier with a small (and often damaged) crop.
Posted by Mark Willis at 12:00