We have finally reached that time of year when I can pick lots of different crops on the same day. I love being able to do that, because it presents good photo opportunities too! 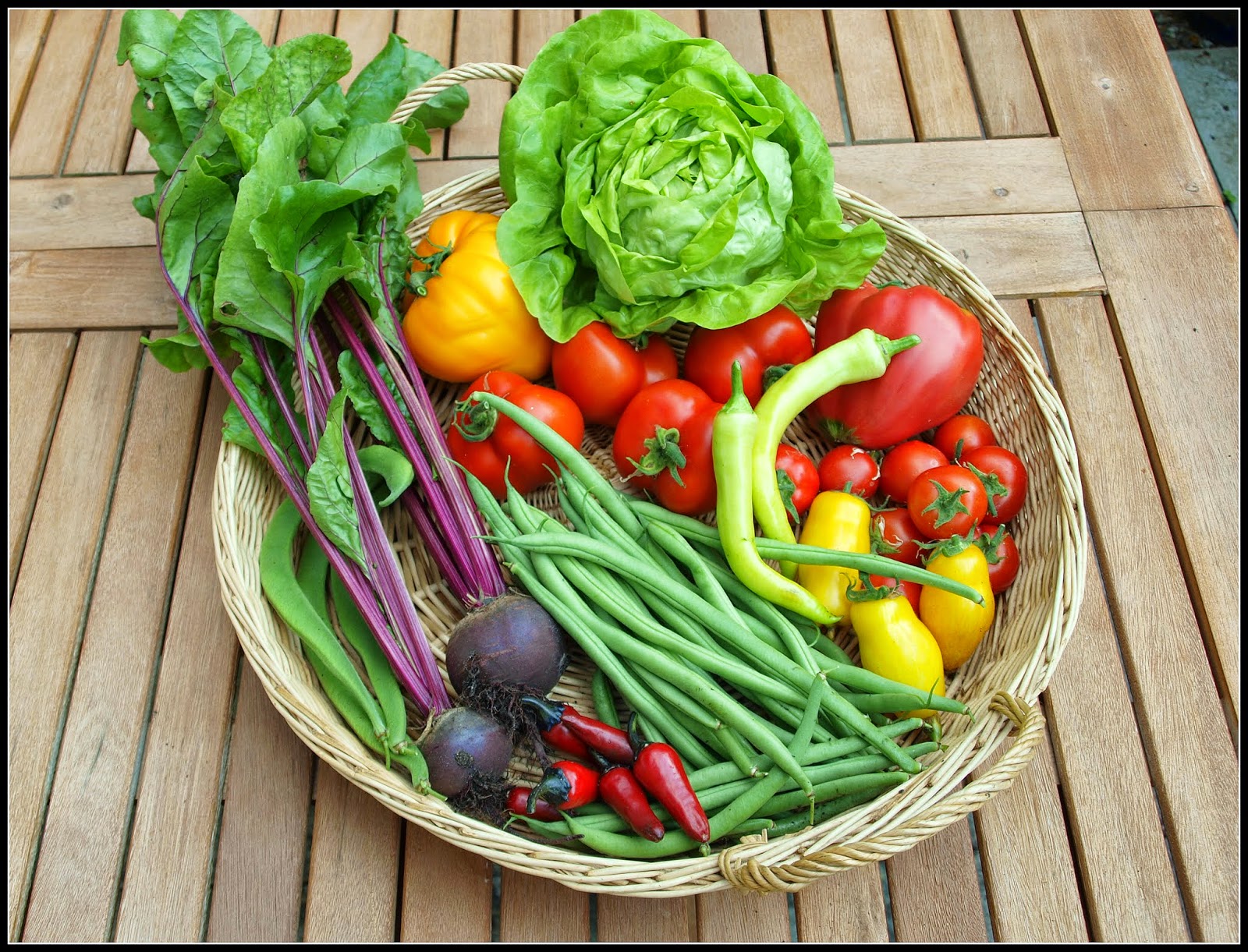 In this basket there are French Beans, Runner Beans, Chillis, Peppers, Beetroot, Lettuce, Tomatoes, Tomatoes and more Tomatoes. Naturally I am especially pleased to be able to show off some tomatoes, since with all the issues I have encountered it seemed at one stage that I might get none at all this year. 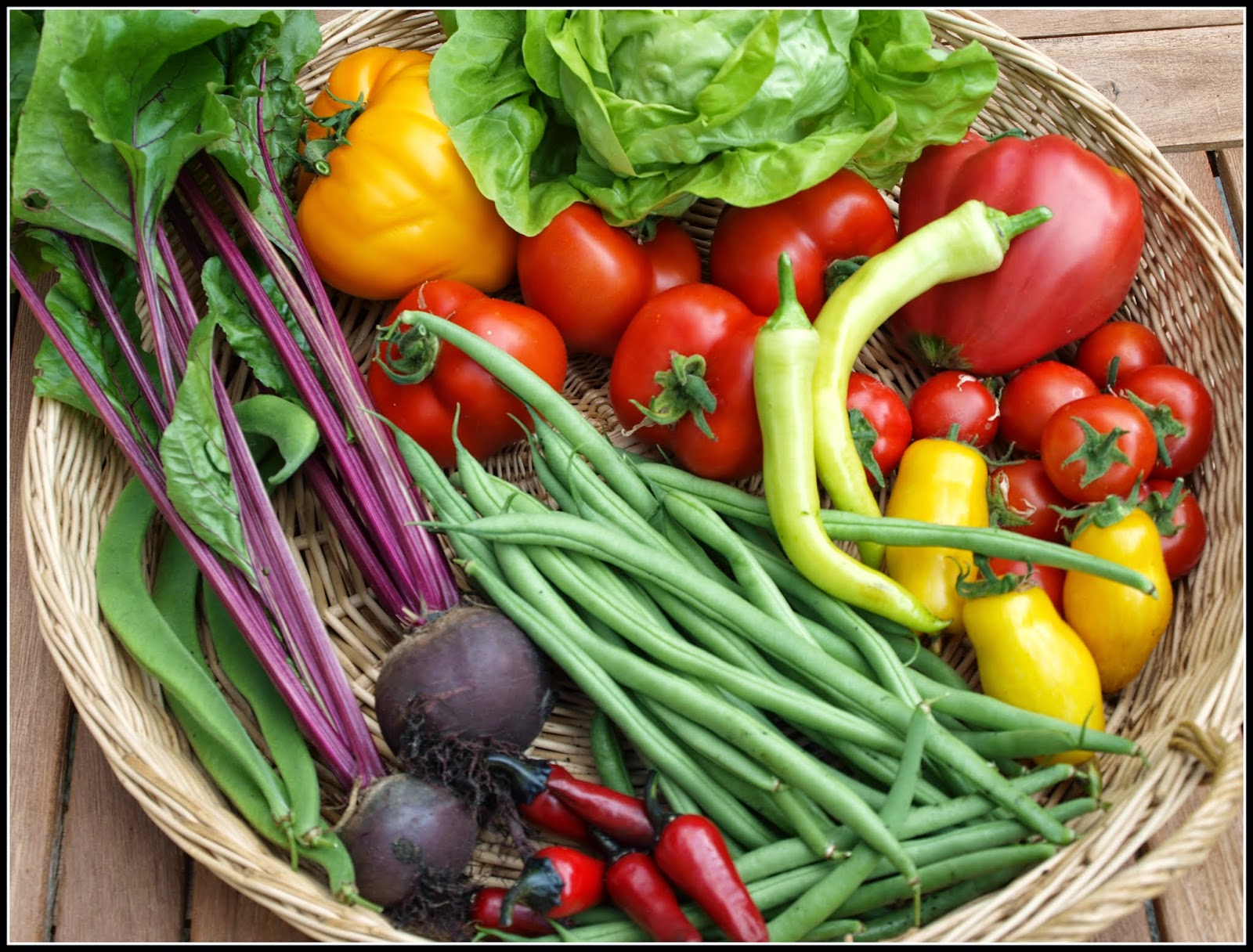 The big tomatoes are "Dynnye", (the orange one) and "Larisa" (the pink/red one): 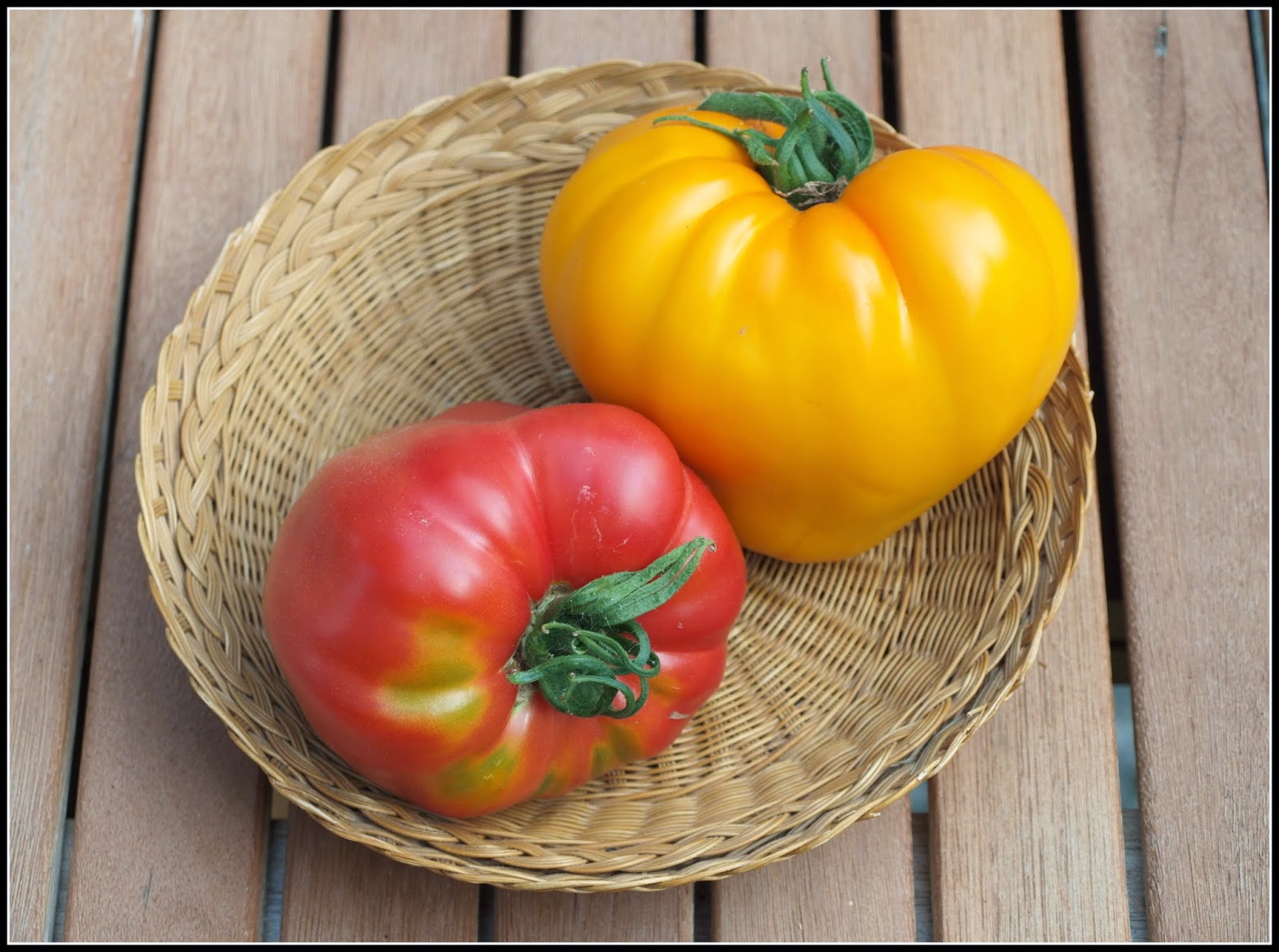 This week also saw the harvesting of my first Runner Beans - hooray! 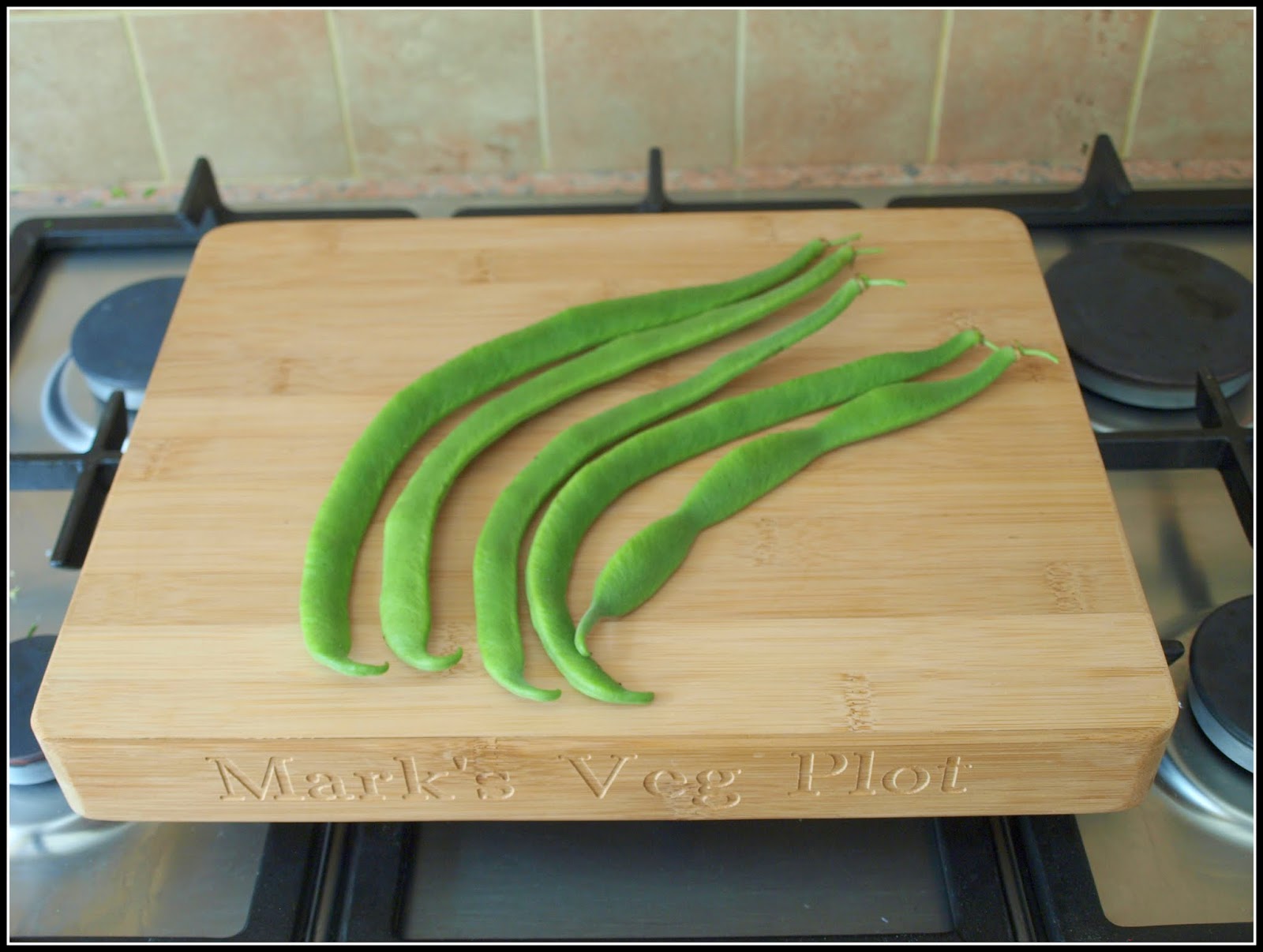 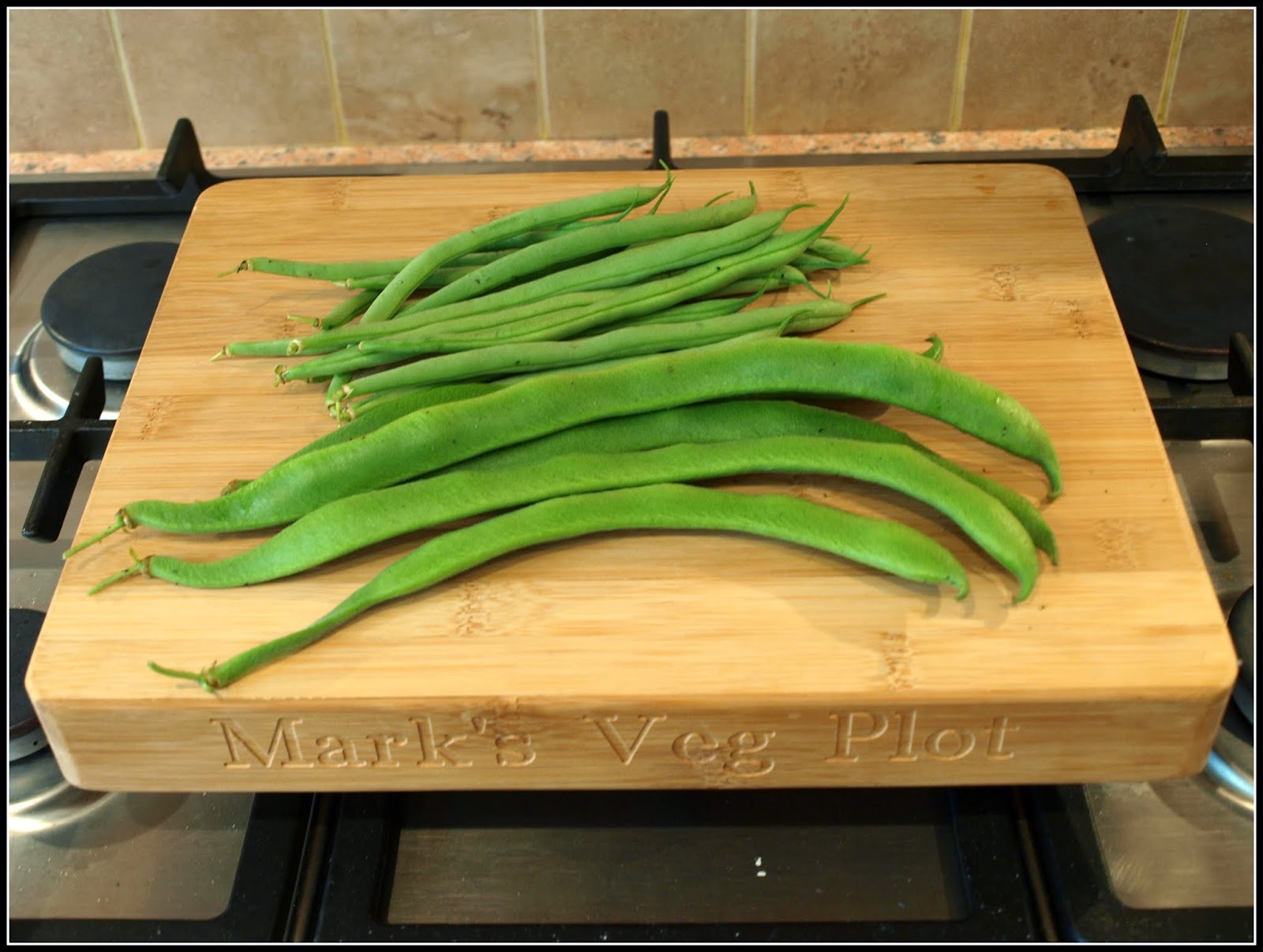 Jointly it was enough for us to eat in the way we normally celebrate the arrival of the first beans of the year. We have them as a Starter, plain boiled, served with butter and black pepper, with a piece of bread - in this case some of Jane's home-made Juniper and Thyme focaccia. Having them this way allows you to appreciate their flavour without it being confused by flavours of meat etc.

I picked this "Predzvest" cabbage too. 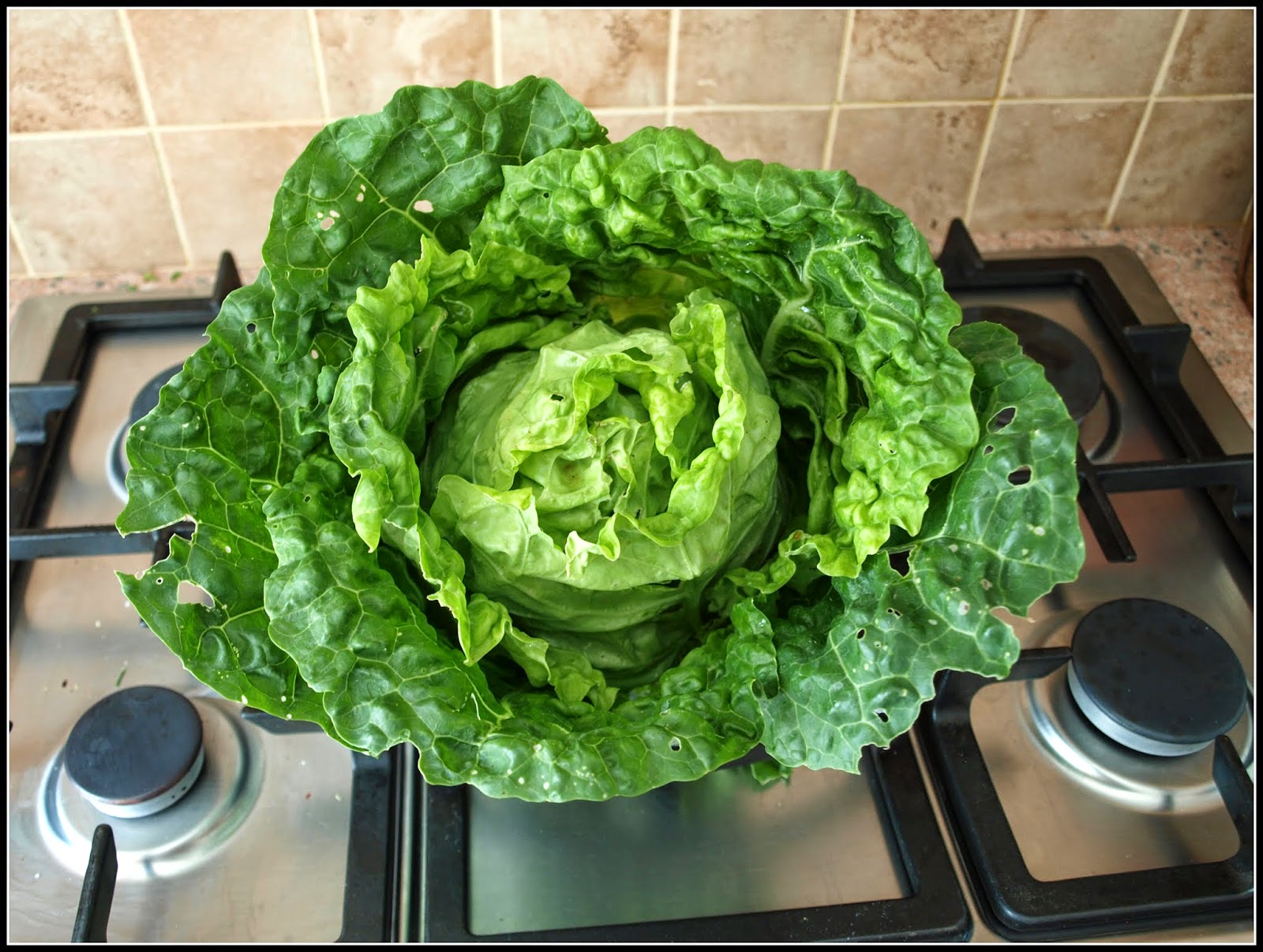 Unfortunately, when we cut into it, the centre had been extensively nibbled by caterpillars and the cabbage had to be thrown away. However, I immediately cut another just like it, so we still had cabbage for dinner. I found this chrysalis on the underside of the cabbage, so I guess the guilty party was inside. Does anyone recognise it? 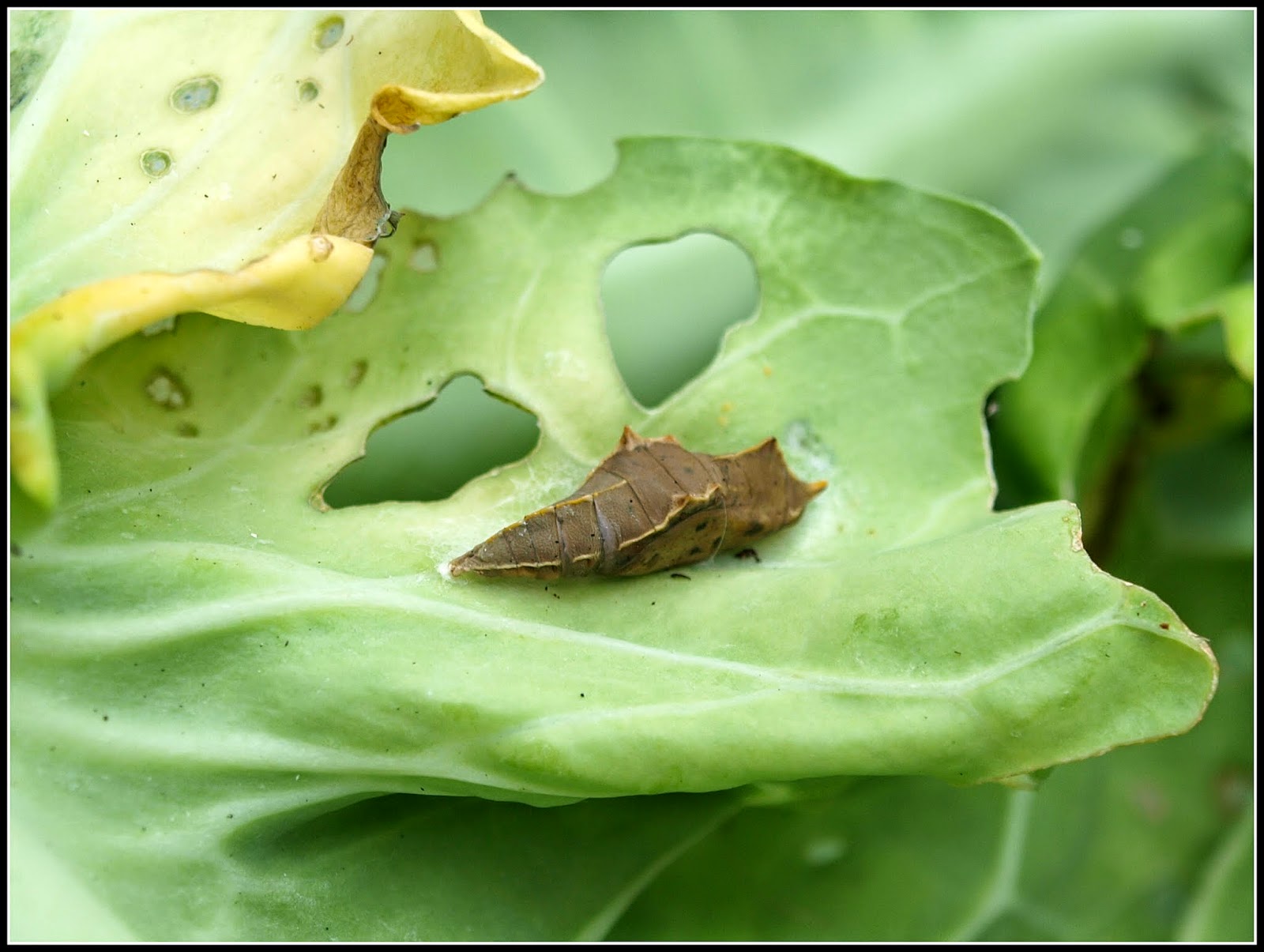 The French Beans are my old favourites "Cobra", a decent quantity this time - about 325g: 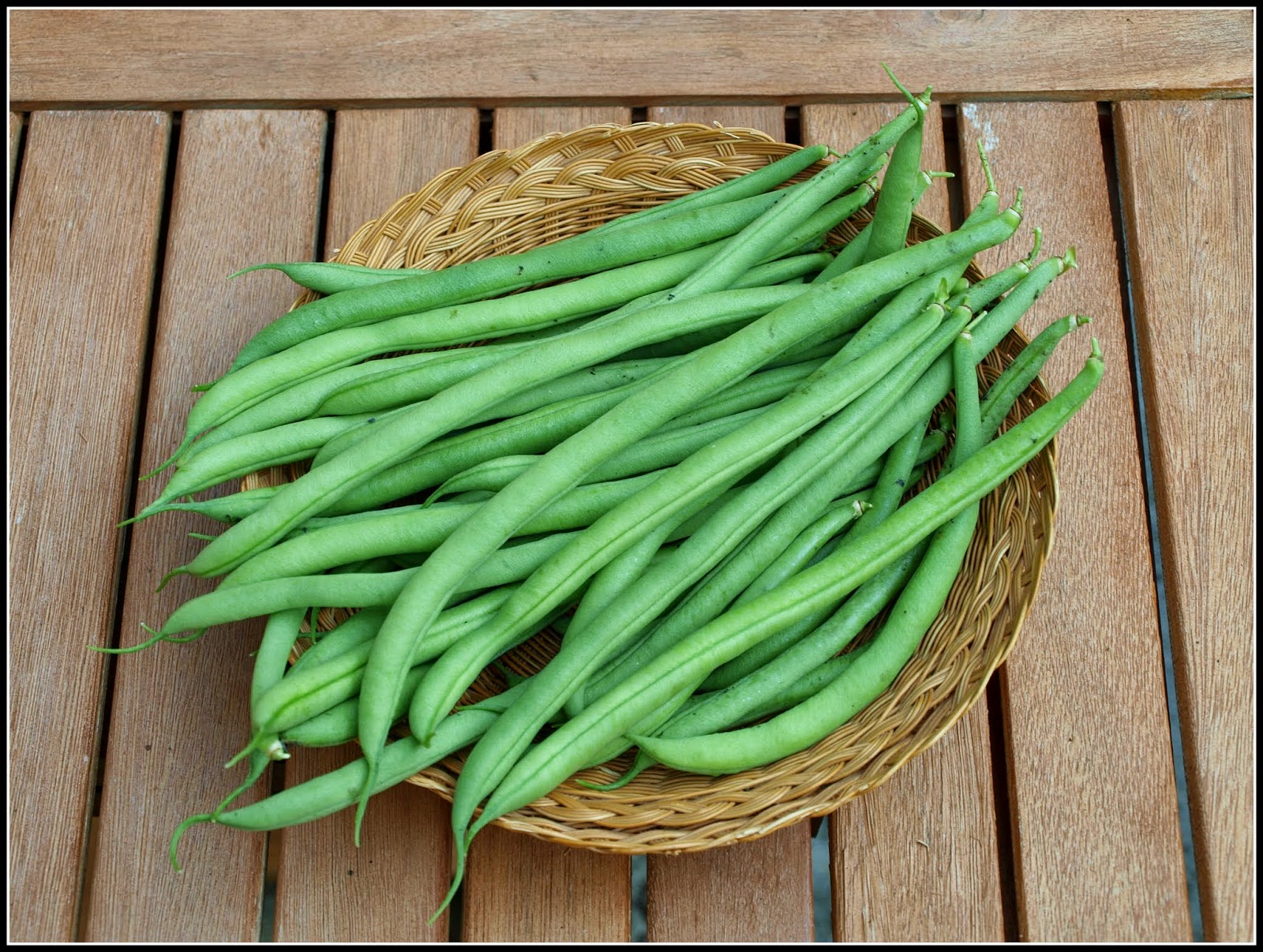 The two pale-coloured peppers seen in the next photo are "Ohnivec". They will supposedly turn red when ripe, but I just wanted to pick a few early on, to see what they are like when green. A taste-test is in order, I think. 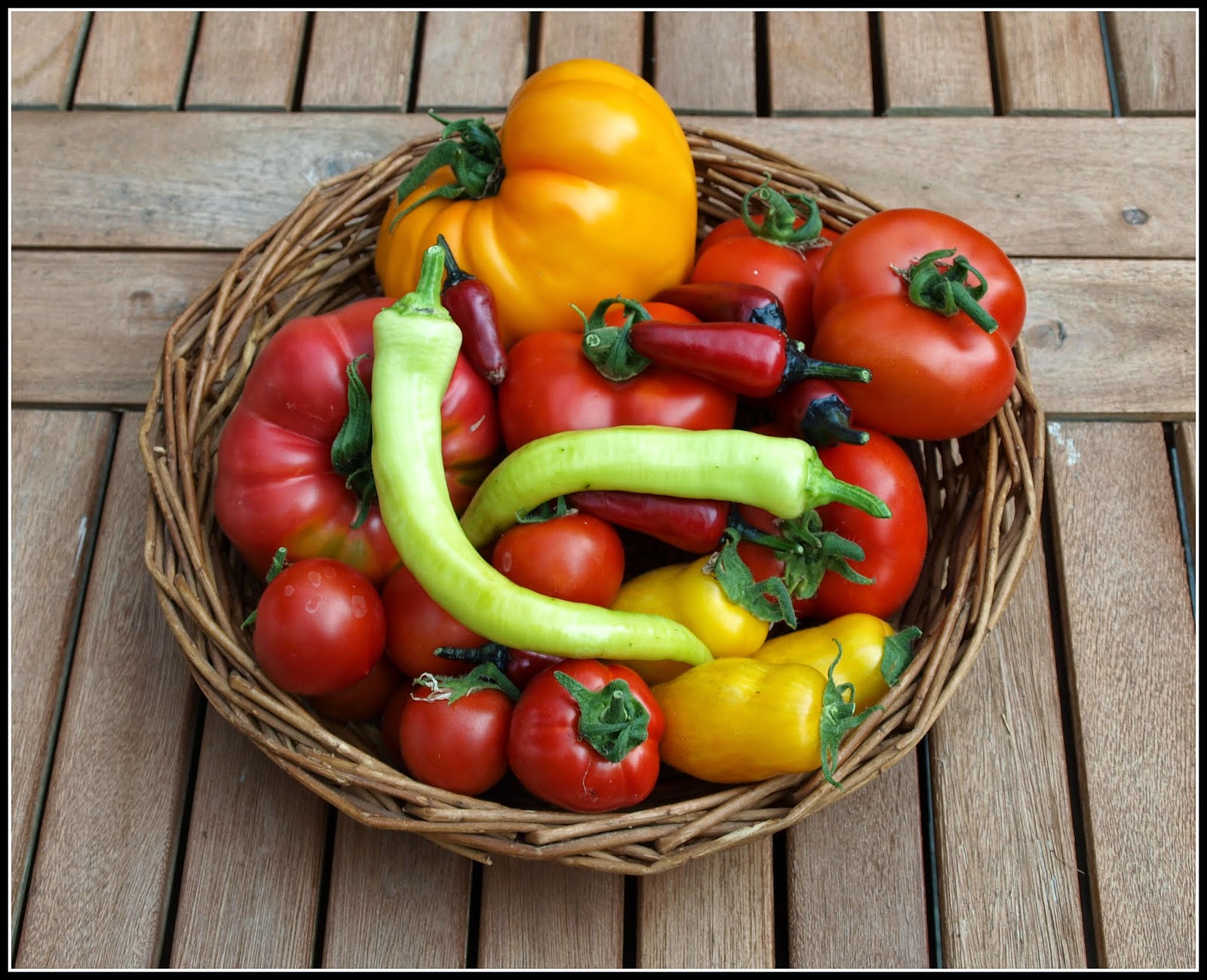 Last thing for me to mention this week is another 420 grams of Blueberries: 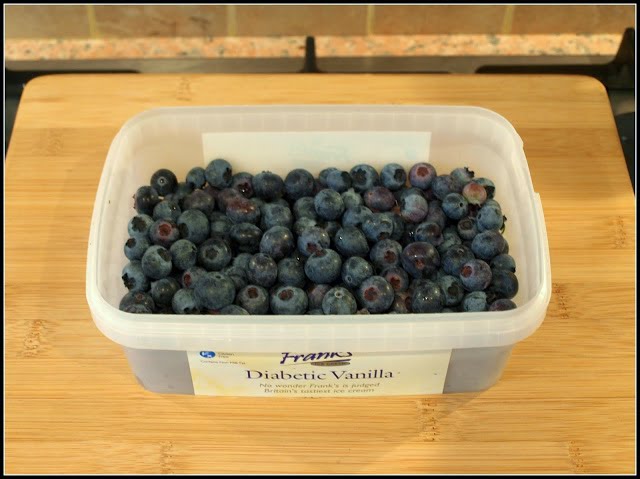 This is my contribution to Harvest Monday, and I expect lots of other people will have been harvesting nice crops this week, so why not drop by and take a look...?
Posted by Mark Willis at 12:00