However, I did pick my first tomato of the year. It as an "Orkado". Normally this type is very regular - round and even - but this time the fruits all seem to have a pinched waistline, a symptom of the weedkiller contamination, I think. 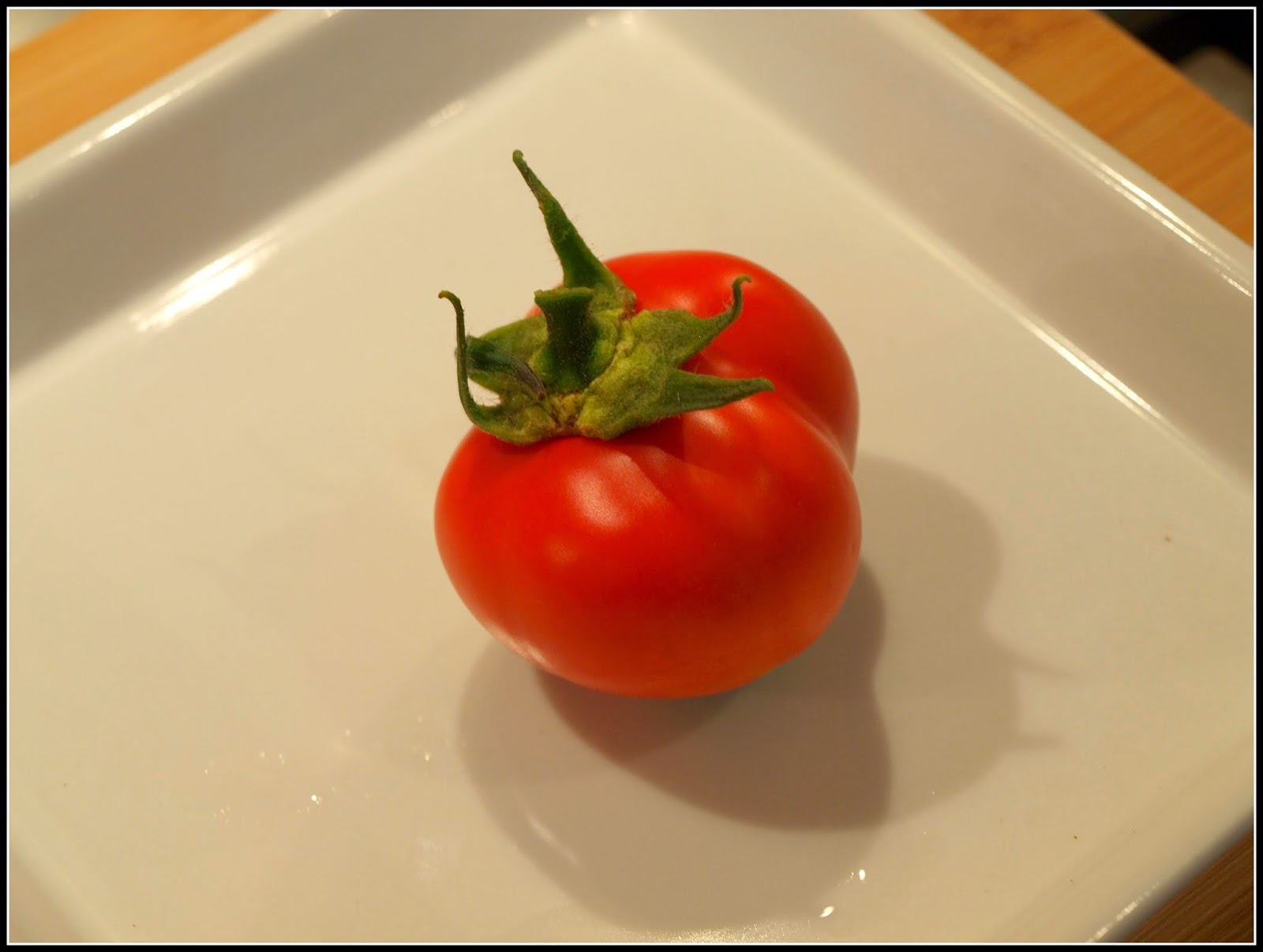 That tomato looks OK at first, but unfortunately it was completely inedible, because it had a severe case of Blossom End Rot. 2014 is going to be a BAD year for tomatoes, in my garden! 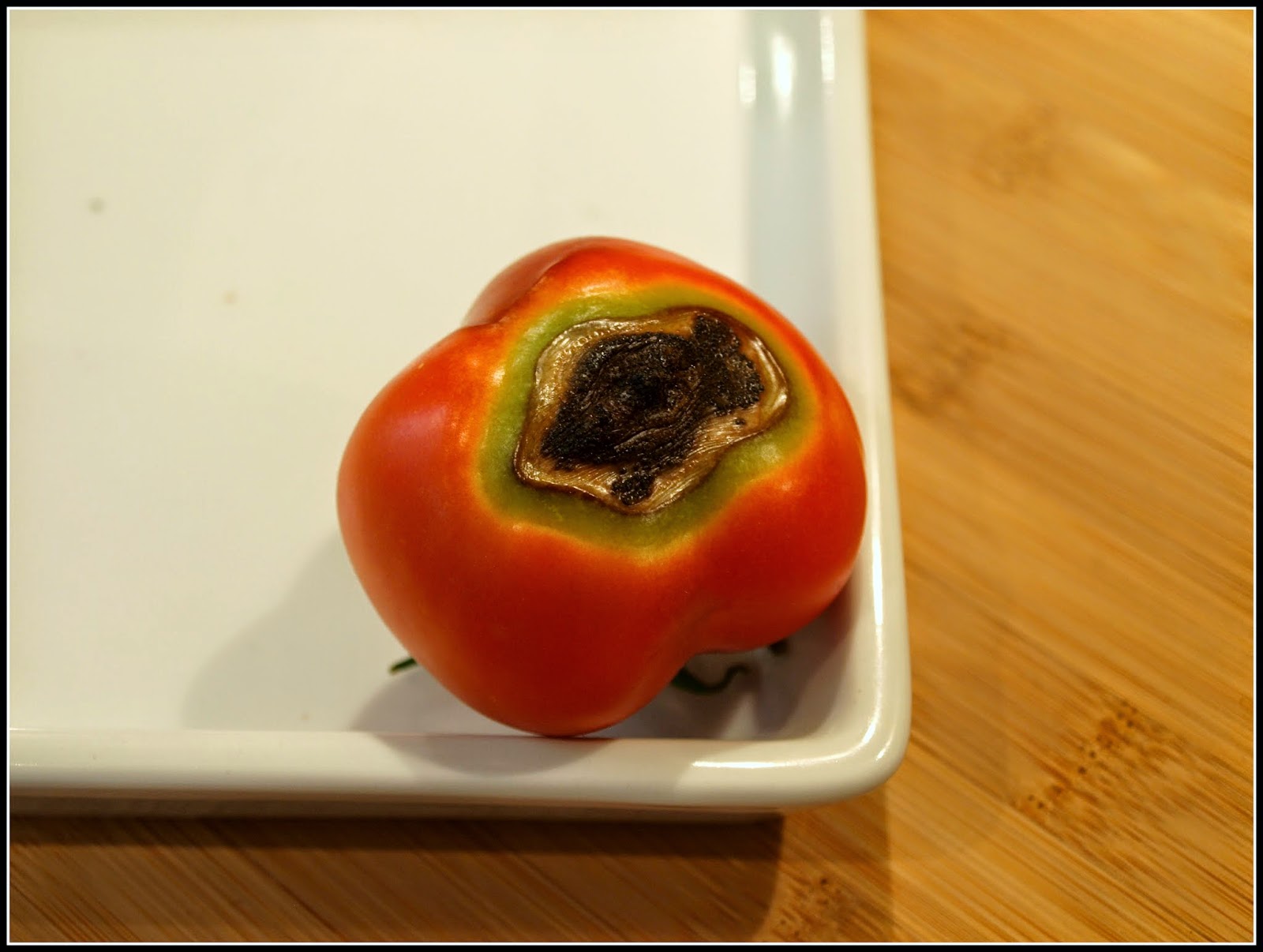 This "Milan Purple Top" is a good example of its kind though: 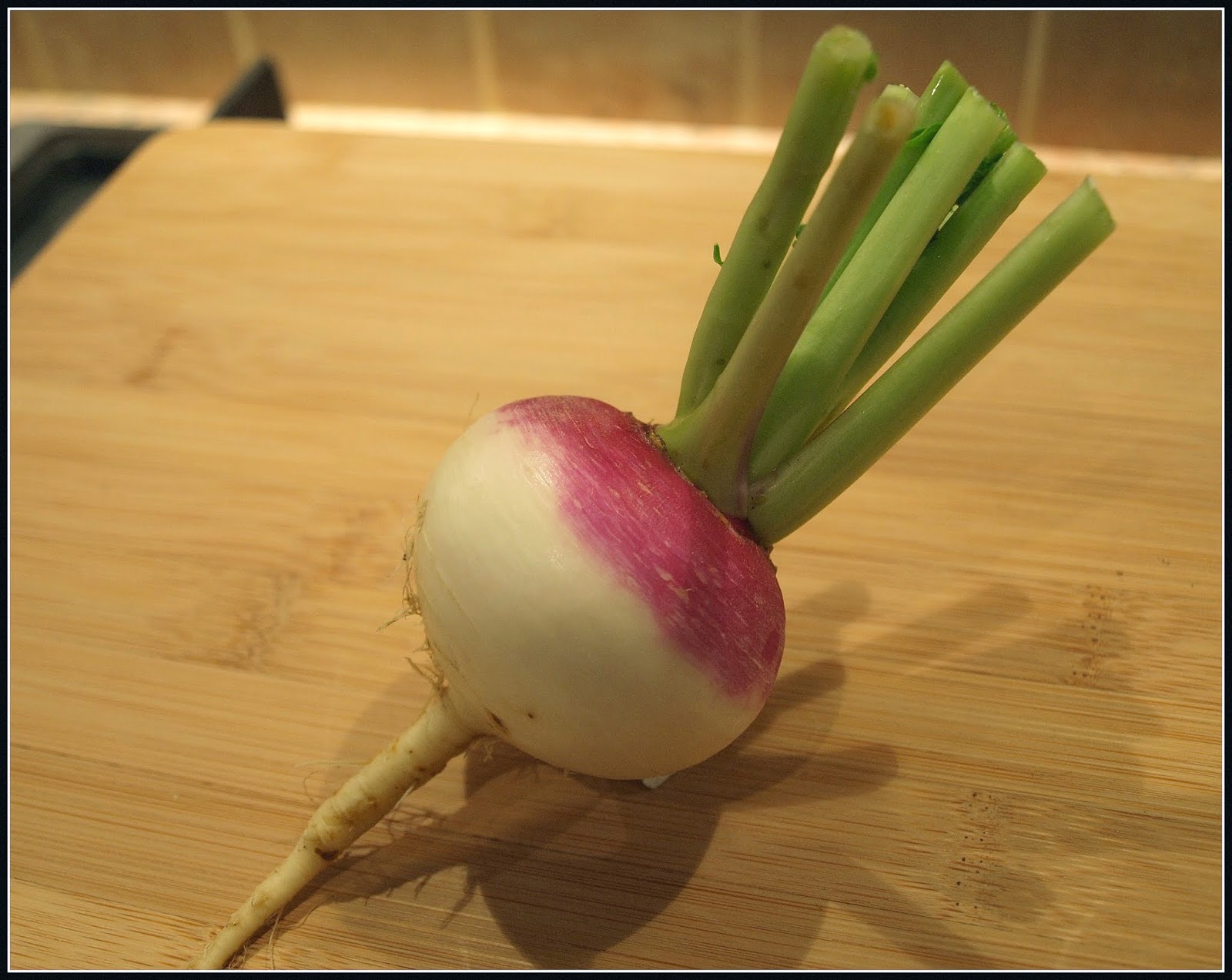 Unfortunately its siblings are lagging a bit behind in terms of their development, so this solitary turnip will go into a vegetable medley of some sort.

This week saw me harvesting the first of the "Cobra" climbing French Beans too. Just a handful, but there are lots more little ones on the plants which will be ready soon. 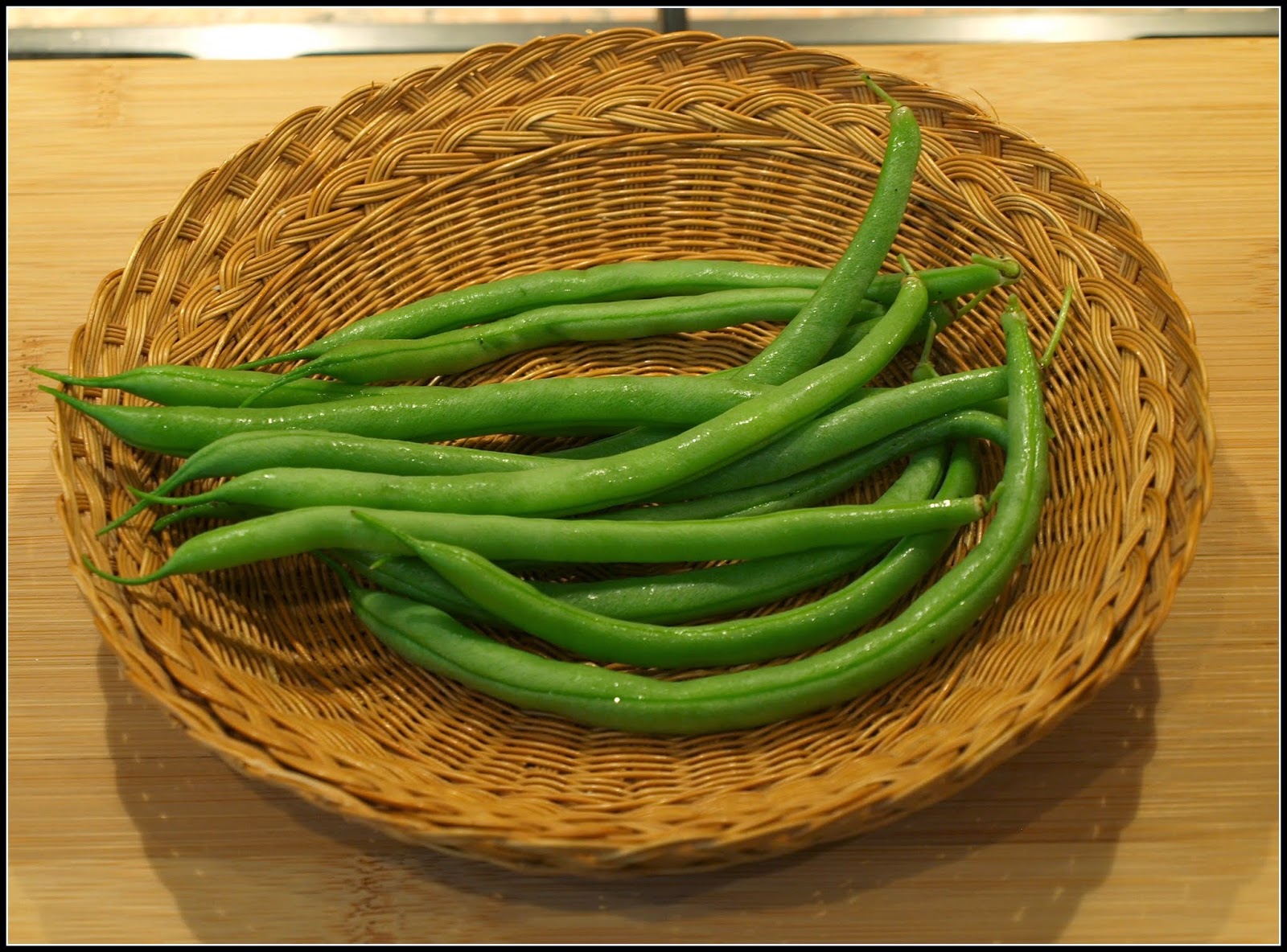 The Blueberries seem to have take ages to ripen. I seem to remember writing weeks ago that "...the Blueberries are beginning to ripen." Well, I decided I couldn't wait any longer, and picked these: 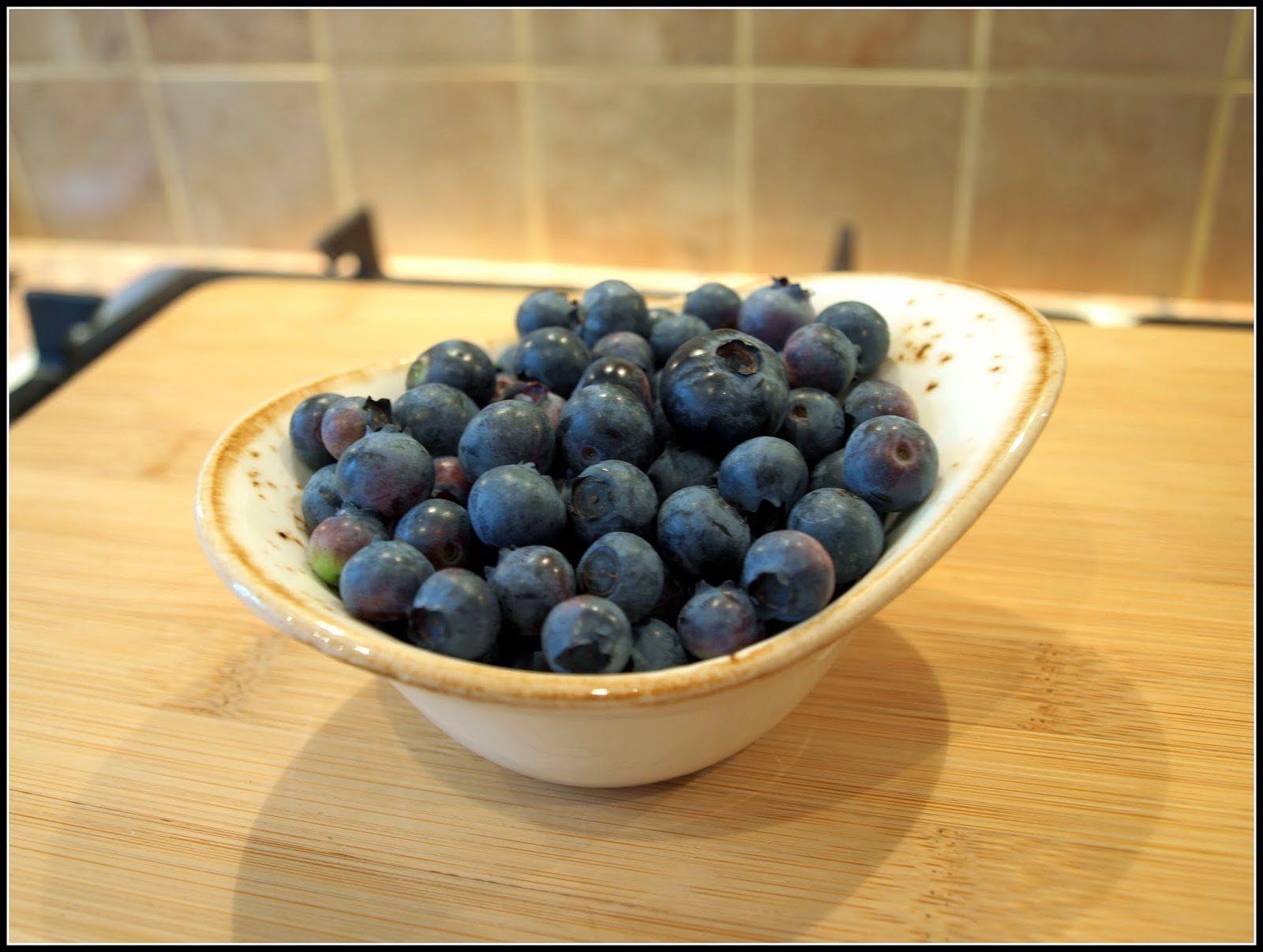 It's not a lot (105g), so for my photographs I put them in a small bowl to make it look a bigger quantity! Actually, looking at them closely I see that they are not 100% ripe. I was just too impatient. I shall leave them to continue ripening for a few days before we eat them. 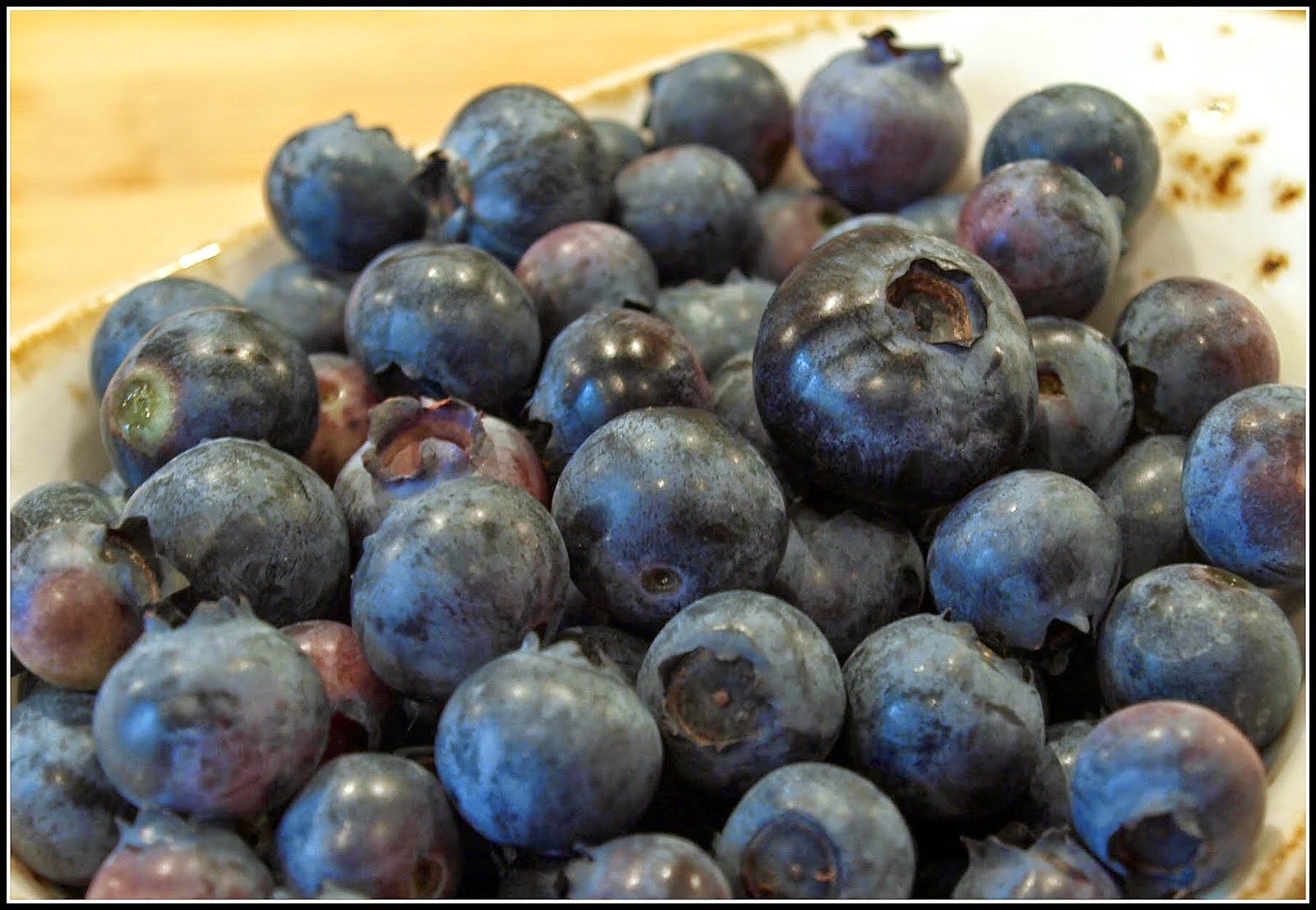 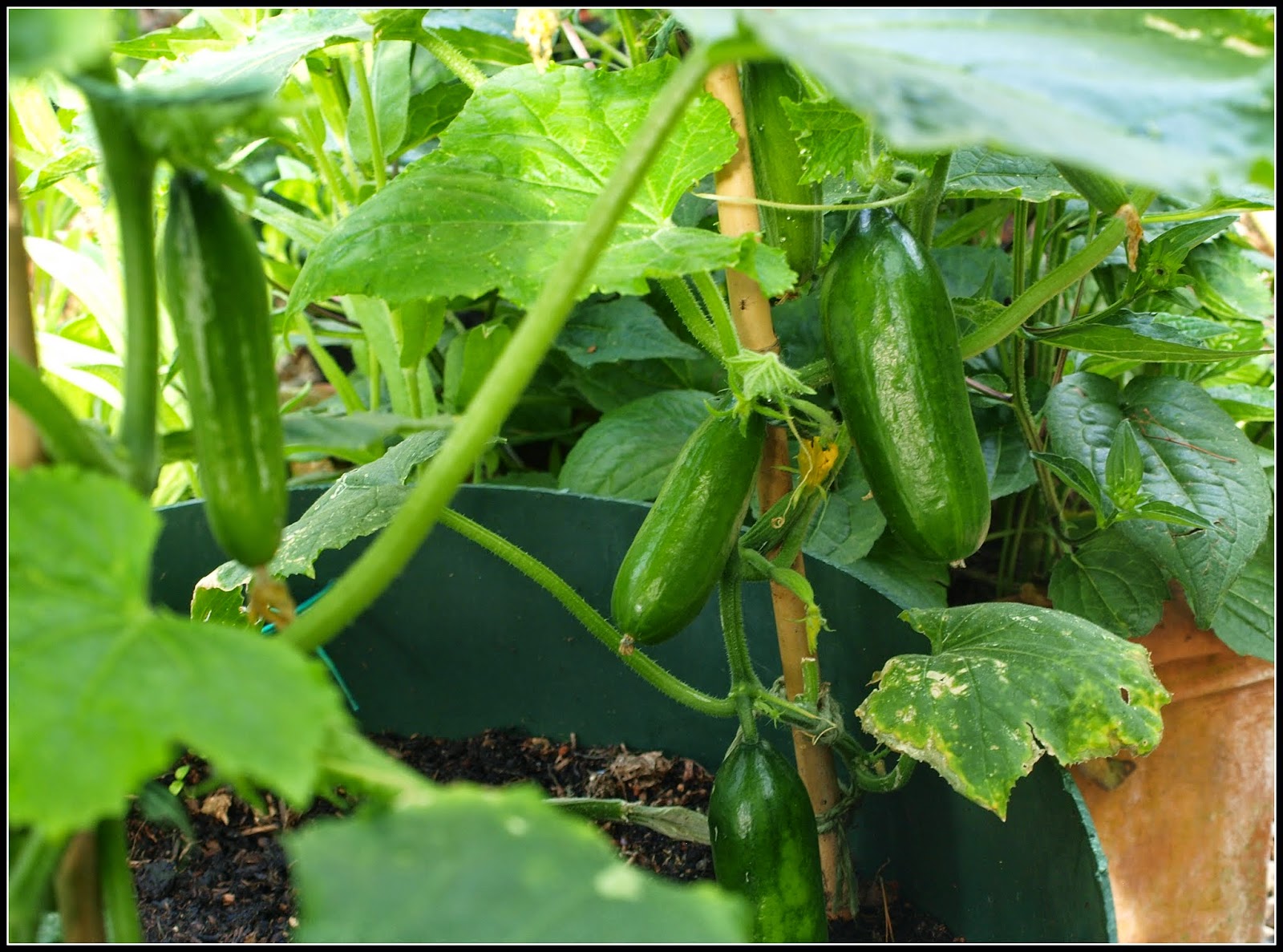 I have had several fruits during this past week. 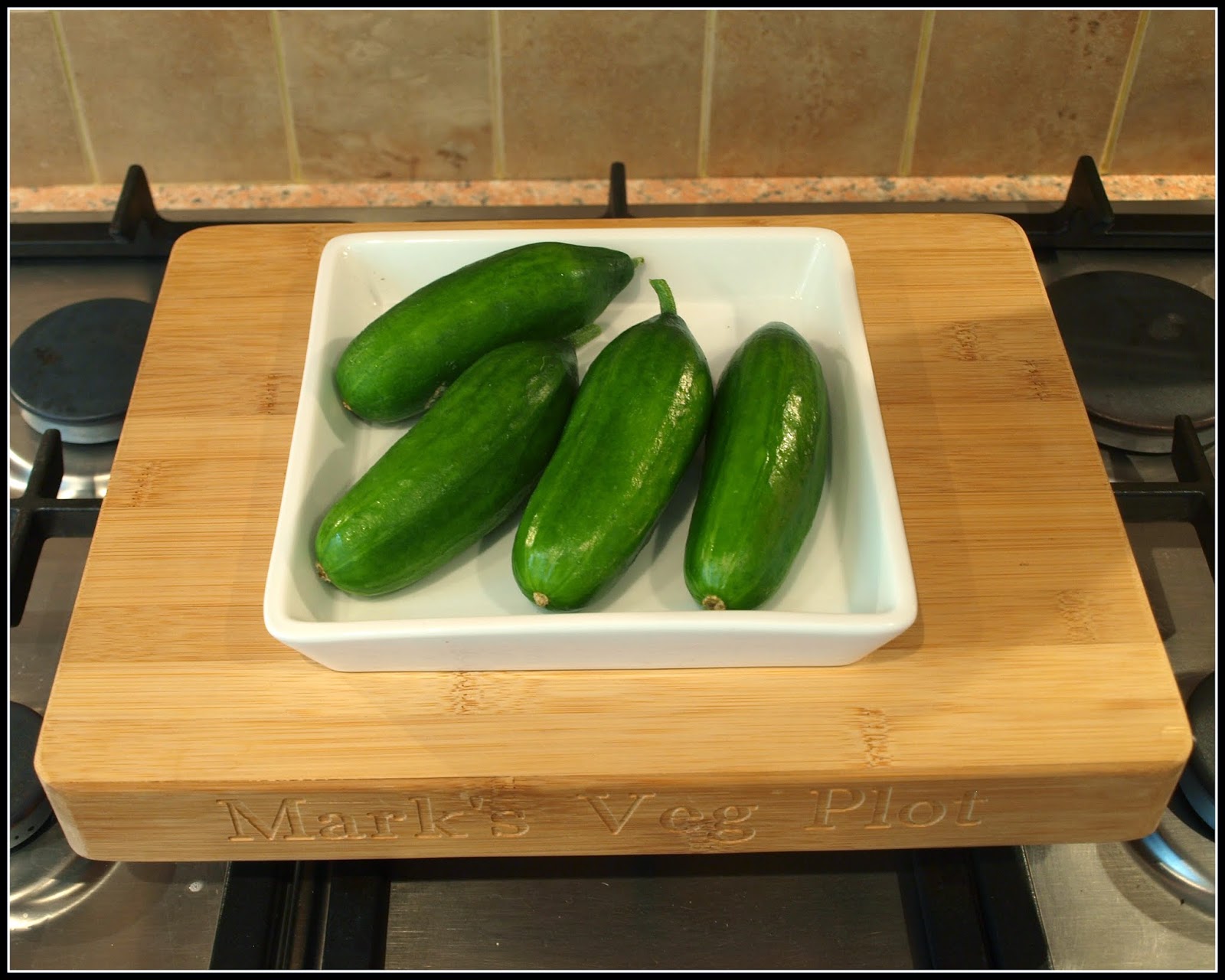 We like to eat them as a pre-dinner nibble, simply sliced and sprinkled with salt. 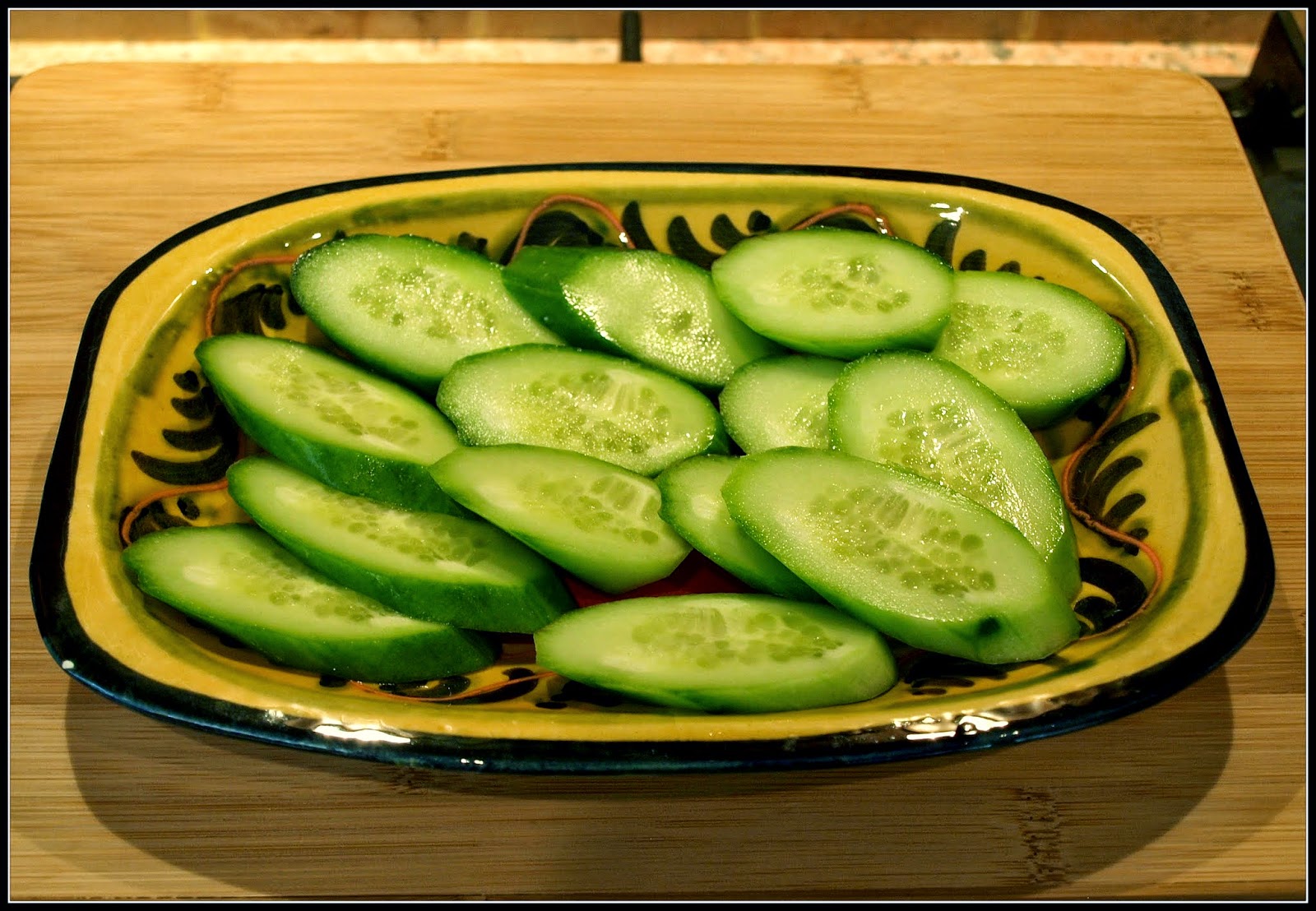 I'm still harvesting potatoes, a few at a time. This one is "Harlequin", a Second Early / Early Maincrop. Its parents are "Charlotte" and "Pink Fir Apple" - my two favourite potato varieties! 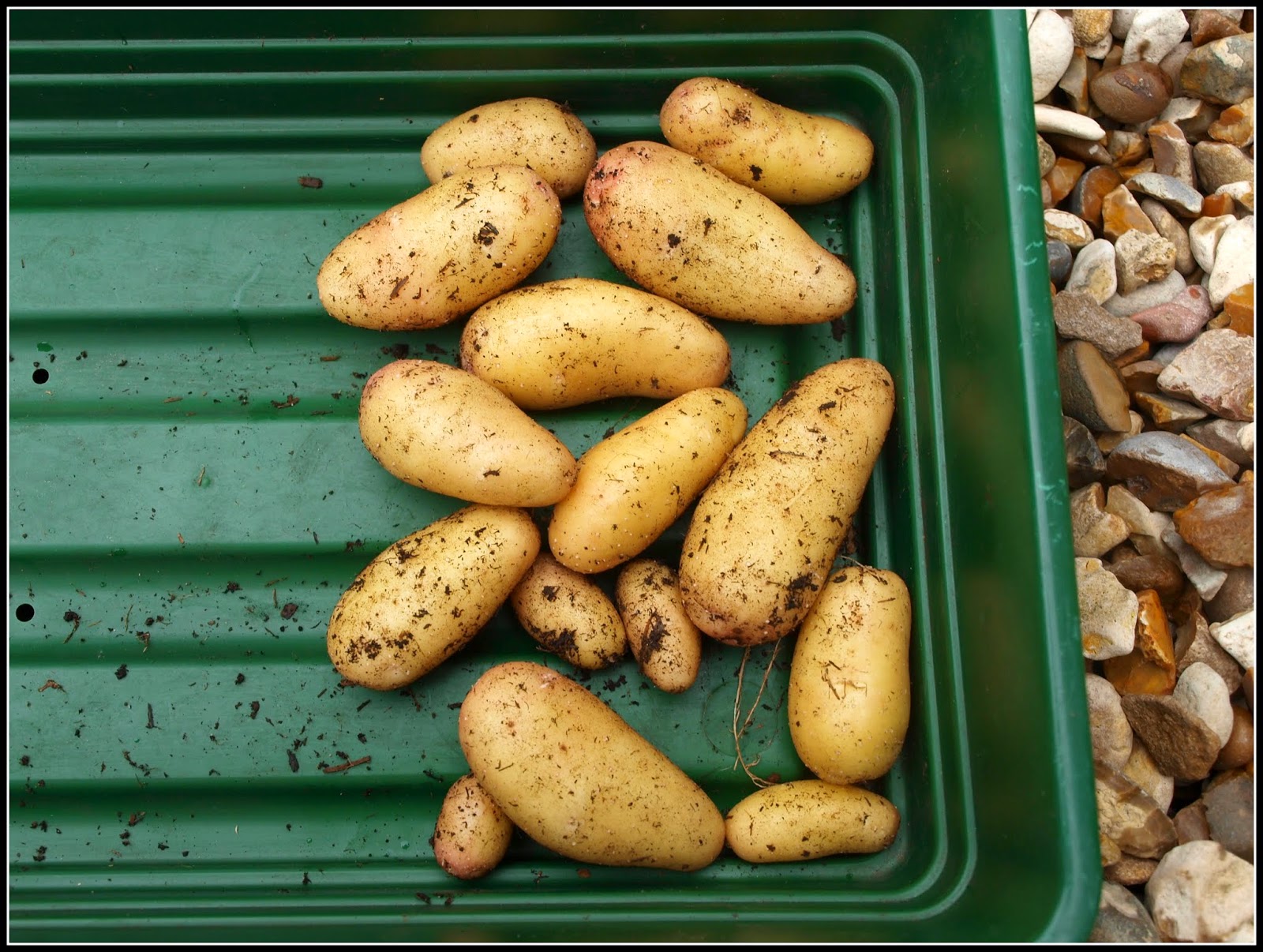 It has the characteristic elongated oval shape of "Charlotte" and the yellow flesh and pink tinge of "Pink Fir Apple", the latter being particularly pronounced at the eye end of the tuber. 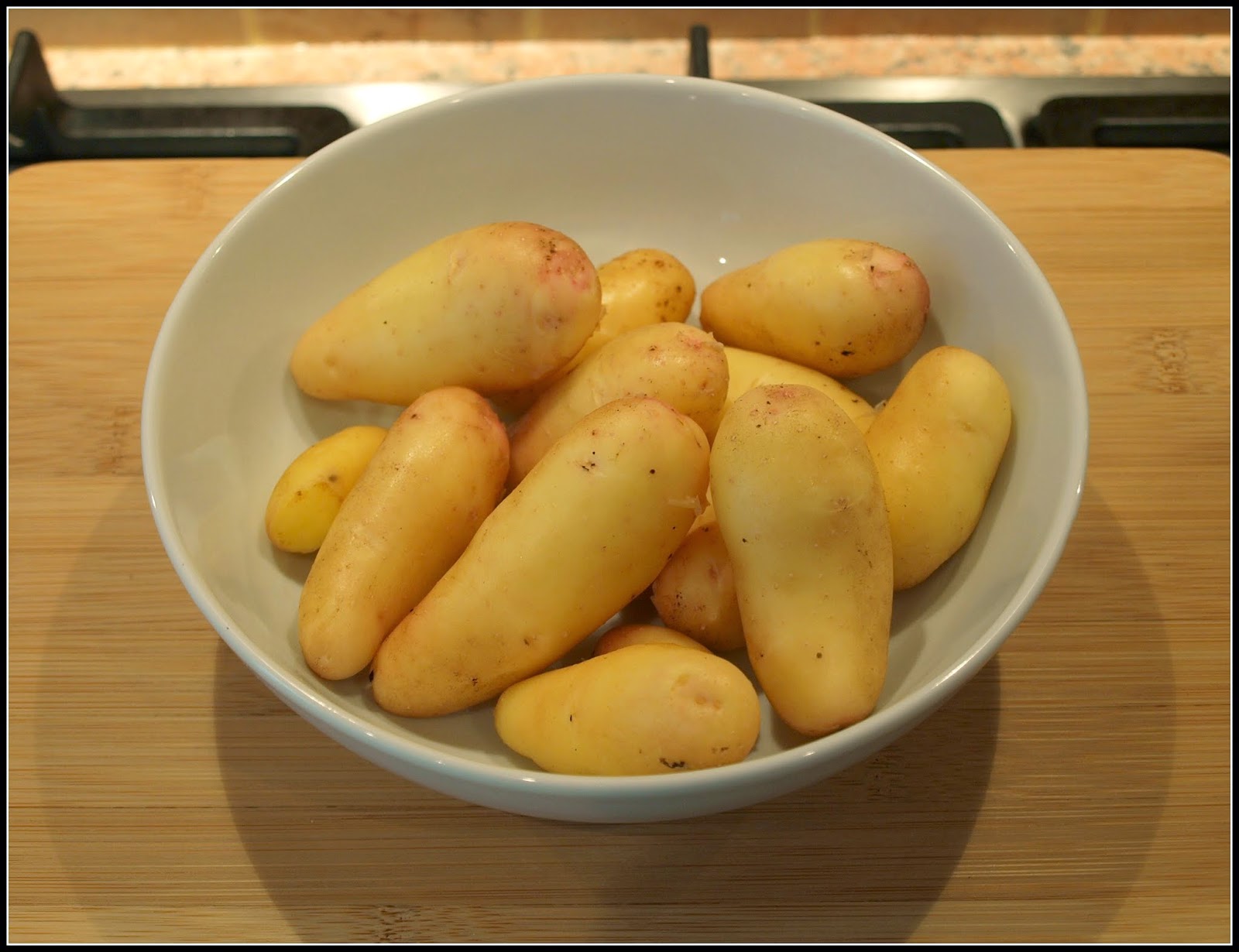 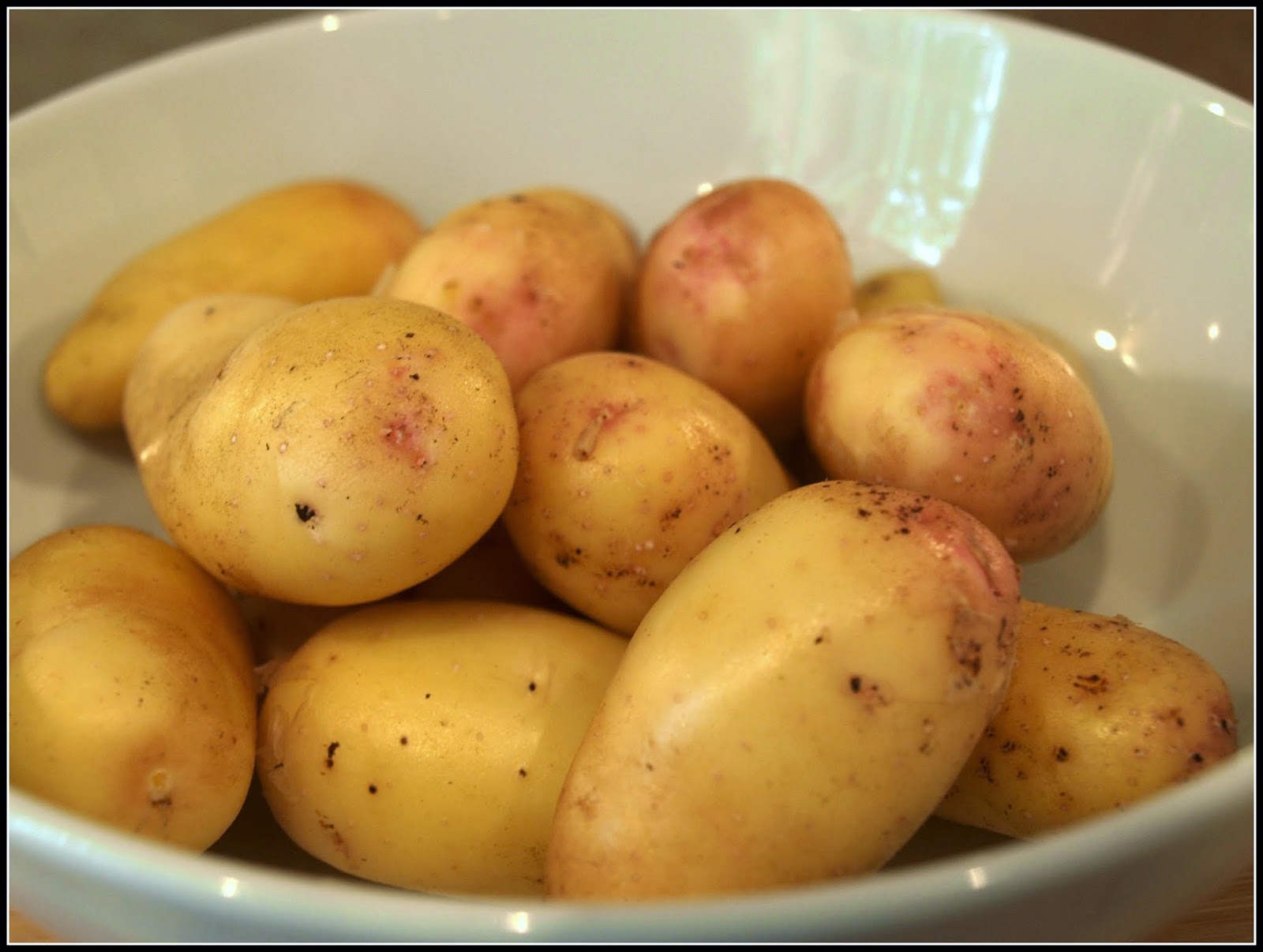 Those potatoes weighed 350g, an ideal quantity for a 2-person serving. They came from one seed tuber grown in a 10-inch pot. I take comfort from the fact that although the tomatoes are going to be rubbish, the potatoes have been superb - and there are quite a few more still to come!
Posted by Mark Willis at 12:00