Often when I sow Parsnips I have to re-sow to fill a few gaps, but not this year! I sowed three 2.4 metre rows of Parsnips - two of "Duchess" and one of "Tender and True". Although the "Duchess" ones were slow to come through, the germination rate of both types has been brilliant - I'd say almost 100%.  All three rows are visible here - "Tender and True" is at the left. They are bigger because they germinated earlier. 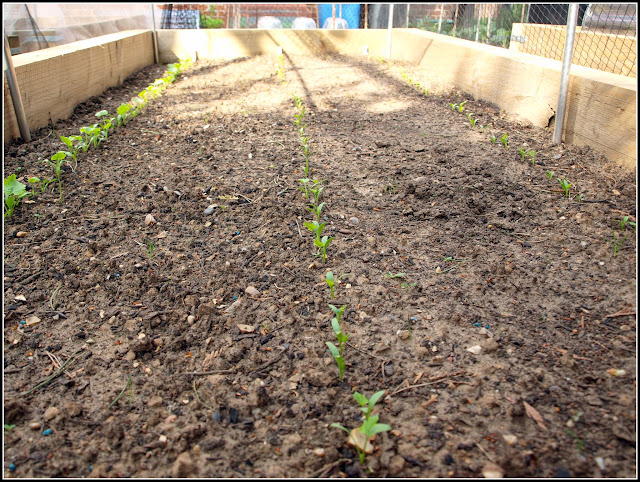 Because of less good germination rates in the past, I usually sow Parsnip seeds much more thickly than ought to be necessary, so this means I now have the task of thinning them out. If they are not thinned the roots will not have enough room to develop properly. 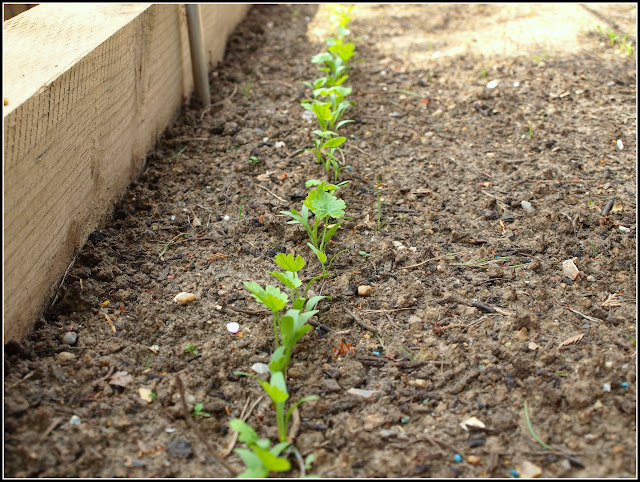 This is the Before photo, with the seedlings very close together: 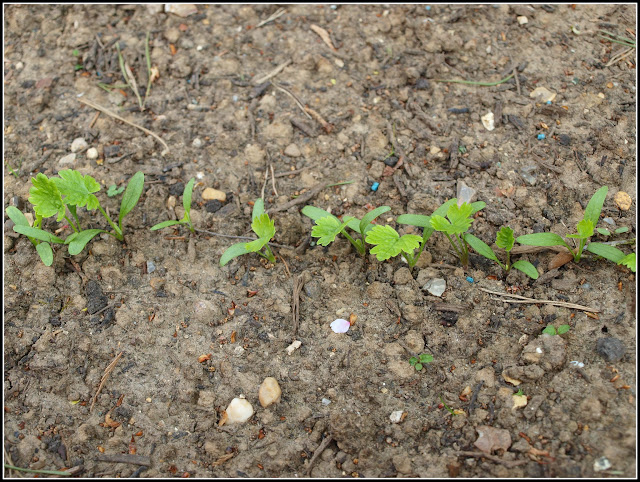 This is the After photo, with some clear space between the seedlings. 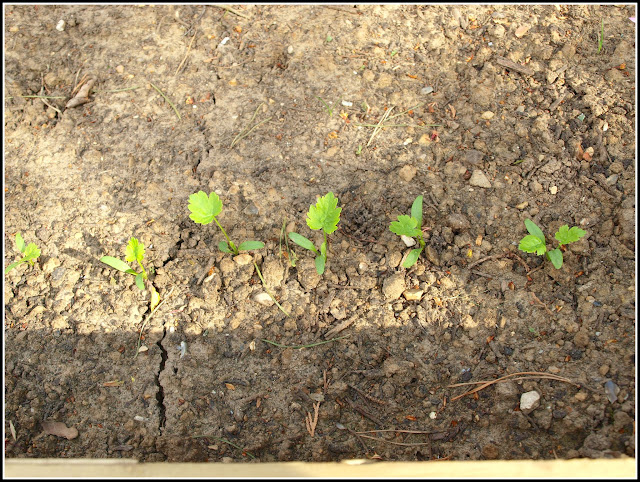 I only thinned the "Tender and True" row this time, because I didn't think the "Duchess" ones were big enough. I like to do the thinning when the plants have at least one good leaf, because this enables me to see which are going to be the strongest ones. The thinning involves simply pinching off the superfluous seedlings at ground level, which avoids disturbing the roots of the ones that are to remain.


I removed probably every other one, which meant that the seedlings are now roughly three inches apart. If they grow strongly, I may decide to thin them again, probably removing alternate ones again. Something I have done in the past is to delay the final thinning until the roots are just about touching. This means that the ones you remove are big enough to eat as "Baby Veg" and don't just get wasted.


My rows of Parsnips are about 18" apart, and my plan is to eventually plant some Leeks in the gaps between the rows of Parsnips. I won't be doing this just yet, because my Leeks are still very small. Here they are: