This year, as for the past few years, I am growing a few of the so-called "cocktail" Cucumber plants - the little ones also sometimes known as Lebanese Cucumbers. They are not huge plants and they produce small (approx. 6" / 15cm) fruits.


I don't have a greenhouse, but I find that I can grow these plants quite successfully outdoors, as long as I don't start them off too early. This year I sowed mine on April 19th. Initially I kept them indoors, but after they developed their first true leaves I moved them outside into one of the plastic mini-greenhouses. On sunny days I have had them out in the fresh air, acclimatising. Now I have planted a couple in their final location, which is a big container filled with compost-enriched soil: 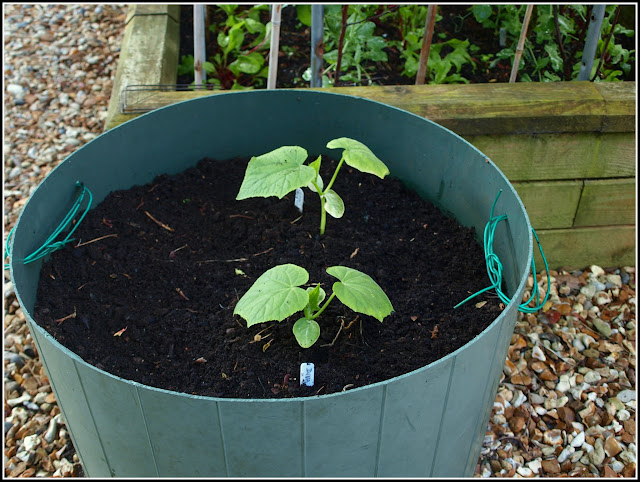 I am intending to put in at least one more plant, but for the time being I'm only risking two. I'll keep the others in their pots until I'm sure that frost is no longer a risk. I only have a total of 5 plants, and one of those is definitely not going to be any good. This one is the sole example of "Mini Munch", a leftover from last year. Whether it's because it's an old seed, or for some other reason, this one has not developed properly at all and I think it will have to be thrown away. 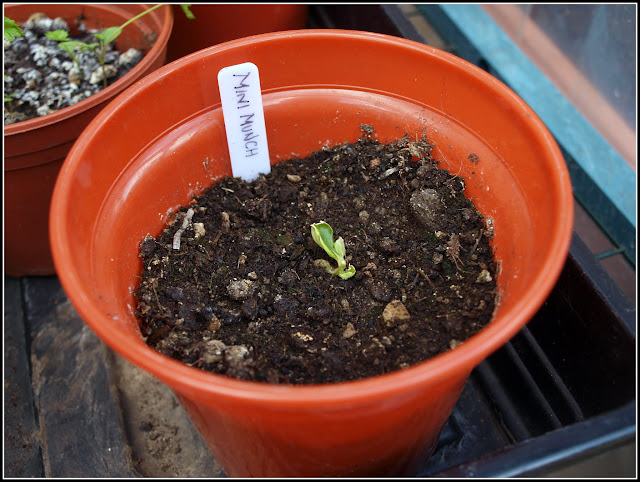 In any event, the two Cucumbers I have planted out will have their own protection anyway, because I have made sure that they will fit under one of my biggest plastic cloches, at least for the time being: 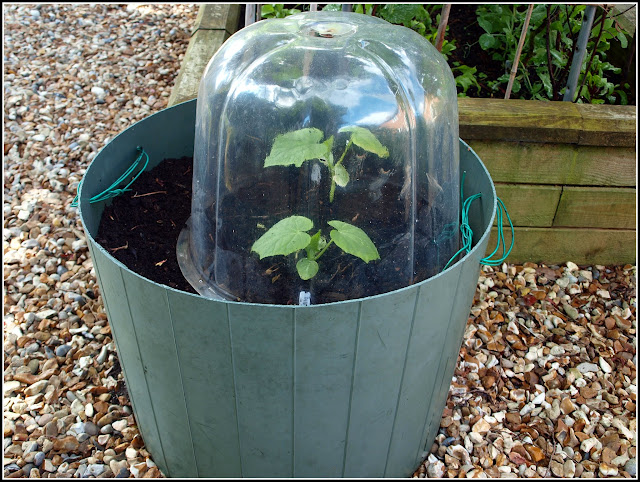 In a couple of weeks they will have out-grown that cloche, so I'll remove it and at that time give the plants some support by putting in a wigwam of bamboo canes.


As I've probably mentioned at some stage, I'm also having a go with Cucamelons, but don't hold your breath, they are still very tiny and frail-looking. This is the best of the pair! 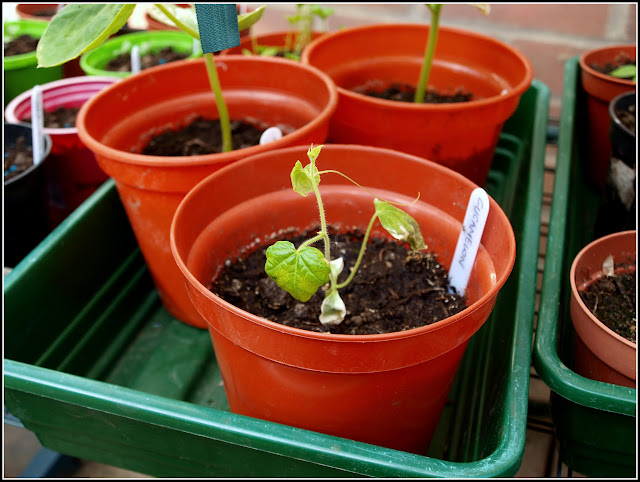 It doesn't look good, does it? If (and that's a big "if"), either of them begins to look like becoming anything decent, I'll put it / them in the same container as the Cucumbers.


Who else has grown Cucamelons? Are they normally this frail?
Posted by Mark Willis at 12:00