Well, the Hungry Gap seems to have closed now, and I have some produce to write about!


Star of the show this past week was the Rhubarb, about which I have written separately: 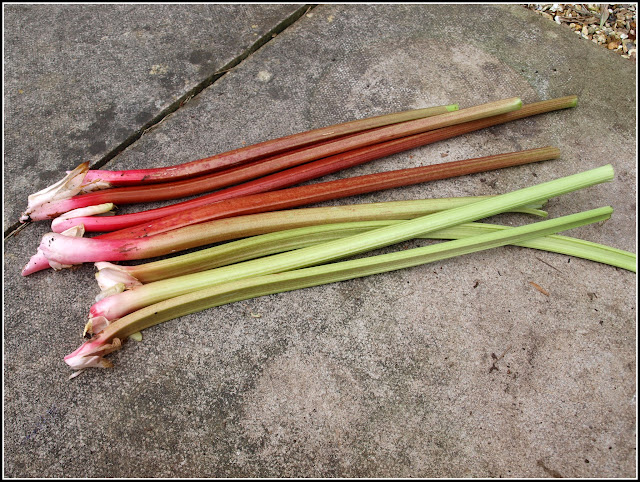 Of course there have been more Radishes. This batch represents several. 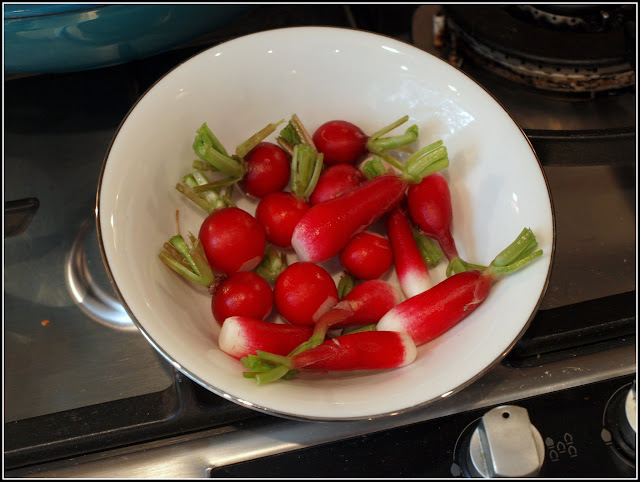 We have been eating Radishes almost every day. As well as eating them in our usual way (as a pre-dinner nibble), Jane used some in a salad she made to accompany a Middle Eastern pilaf.


Twice during the week I took another cut off the Baby Leaf Salad patch. 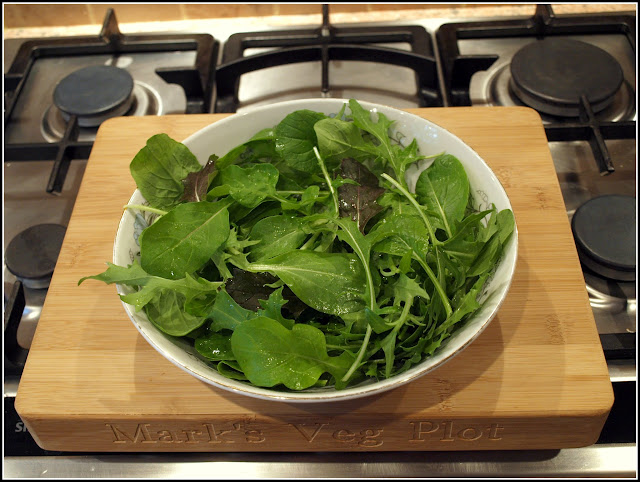 As previously noted, very few of the Lettuces came up, so it's mostly oriental brassicas - Mizuna, Pak Choi, Komatsuna, Red Mustard etc, with a little bit of Rocket. 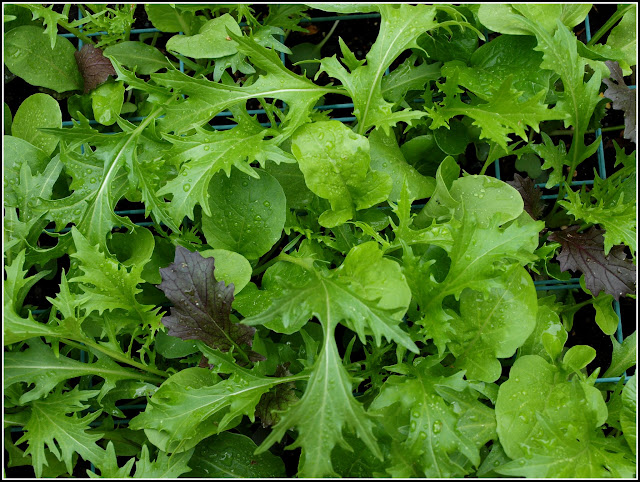 Four days after cutting that first batch, this is what the patch looked liked: 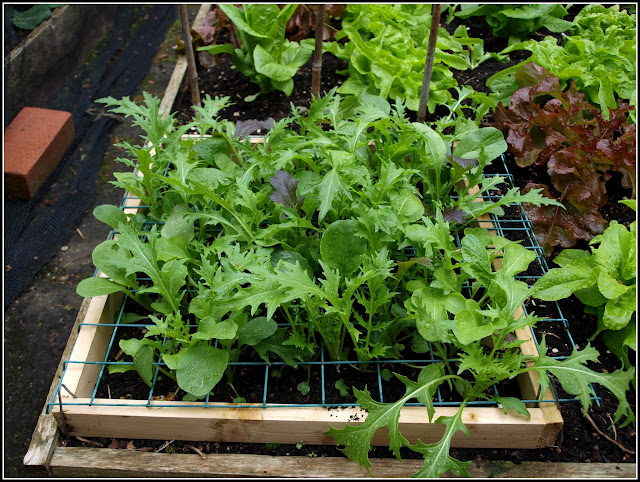 As you can see, it was certainly ready for cutting again, so I harvested another big batch: 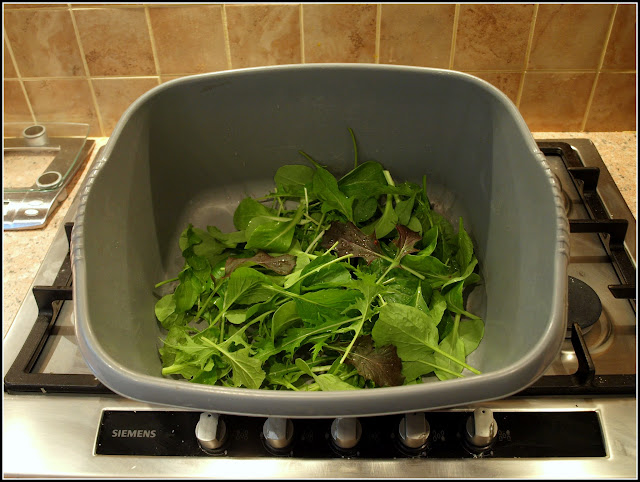 I say a "big batch", but in terms of weight it is still tiny. However, it's at least as much as you would get in one of those bags of Florette salads you see in the supermarket, possibly two, and each of those is priced at about £1.50. I reckon you can easily get four or five pickings from a salad patch like mine, so in terms of Value for Space Rating (VSR) I think it scores highly. And remember, that little mini-bed is only 18 inches square, so if someone says "I don't have room to grow my own salad", tell them about this!


Incidentally, Radishes are also a good crop to grow if you have limited space. Mine just keep on coming! Here we have "Scarlet Globe" (left), "French Breakfast" (centre) and "Lada" (right). The latter are from seeds sent to me by Dominka in the Czech Republic. Thanks, Dominika, they are lovely! 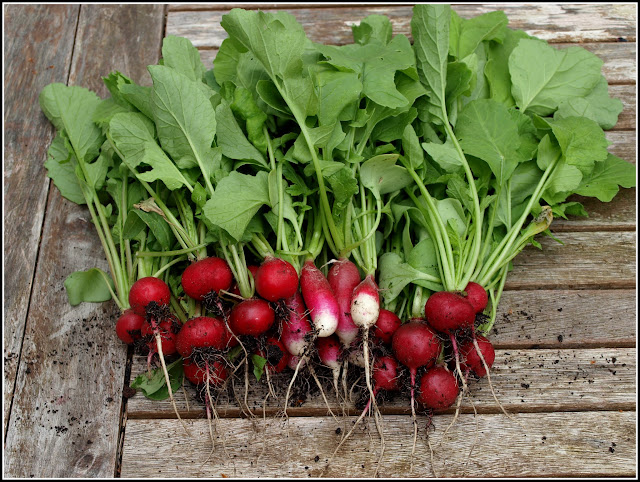 I'm linking this post to Harvest Monday, hosted by Dave at Our Happy Acres, where I'm sure you will be able to read about lots of other beautiful and tasty harvests.
Posted by Mark Willis at 12:00