This year I am growing three varieties of Broad Bean - "Masterpiece Longpod", "De Monica", and "Robin Hood". Up till now they have been covered with netting to prevent animal disturbance, but since the plants are now flowering I have decided to remove the netting to make it easier for the bees to access the flowers. Broad Beans are usually pollinated by Bumble Bees which, being large, might find it hard to get through the holes in my netting. 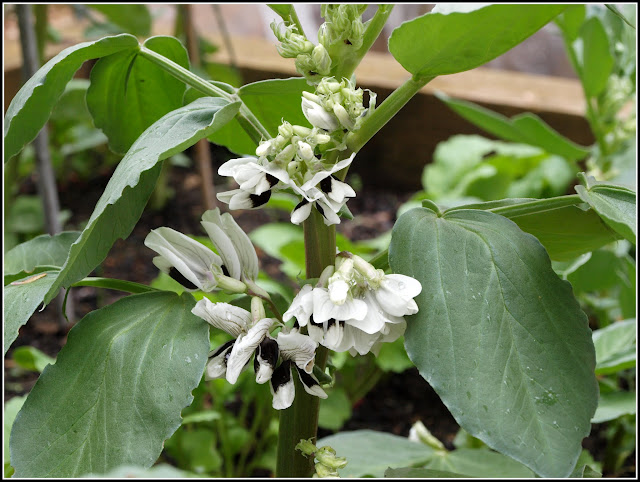 The netting has also acted as a bit of a wind-break, which is useful because even in my comparatively sheltered garden the plants do sometimes get a battering. With the exception of the "Robin Hood" type, the plants are getting much taller now (about 2' 6") and I think they have reached the stage where they would welcome some support. Theoretically, Broad Beans can manage without any support, but I find that if you don't provide support the plants will flop all over the place, which can be another reason why bees find it hard to access the flowers. So, my beans will be kept upright!

I have tied each of the 12 tall plants to a 5-foot bamboo cane, using soft string, not tied too tightly. 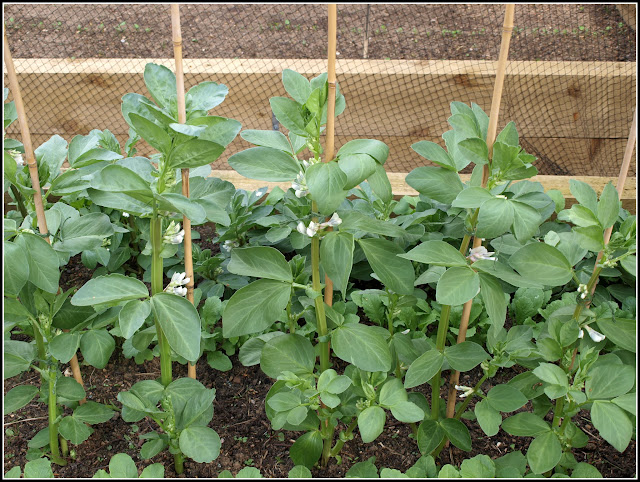 At this stage I have only tied each plant in one place, but as they grow taller I expect I will need to do it at least once more, probably twice, because the plants will eventually be about 5-foot tall. If they look like going taller than that I will pinch them out anyway. 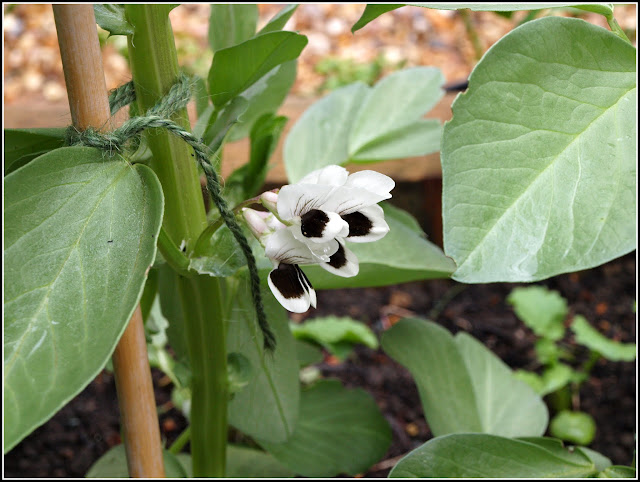 Here's a size comparison. The tall ones at left are six each of the "Masterpiece Longpod" and "De Monica", whilst the short ones at the right are the "Robin Hood". 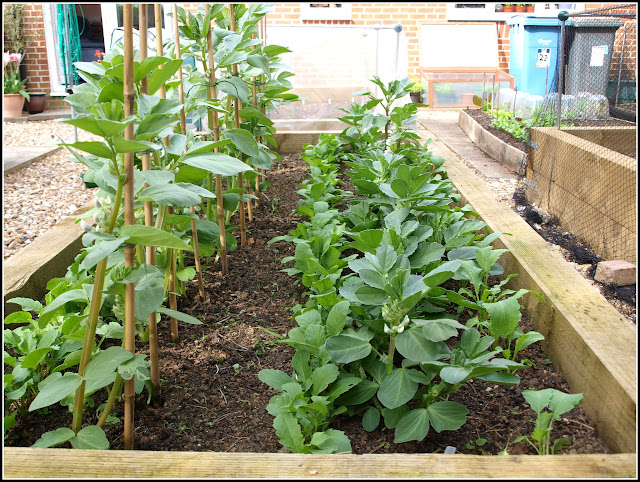 Not having tried "Robin Hood" before I'm not sure, but I don't think they are going to grow a huge amount taller - perhaps just 2-foot. It looks as if they will manage OK without any support. Compare them with the Radishes either side in this next photo... 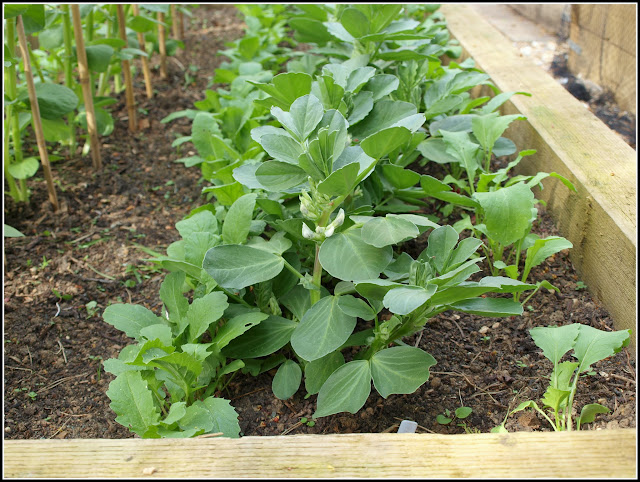 Talking of Radishes, I'm sure you have seen that I maximised my use of space by sowing three rows of Radishes in this bed along with the beans. In this next photo you can clearly see a row of Radishes in the foreground. The left-hand part of it has been depleted by harvesting, but the right-hand end is still densely populated.

It's curious that the tallest beans are in the centre of the row, and the smallest ones are at the ends. Is this pure chance, or what? I didn't consciously arrange them in that way when I planted them.

At this present time I'm very happy with the condition of my Broad Beans. The plants are very clean and have suffered almost no damage from pests so far. Long may it stay that way! In the past, I have often had big problems with aphids / blackfly once flowering begins, so I suspect that I have that "joy" to look forward to in the not-too-distant future. 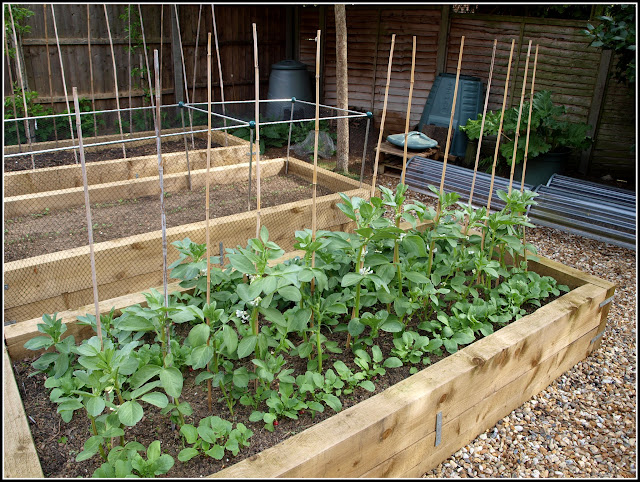 Incidentally, tying beans to bamboo canes is not the only way of supporting them. In the past I have tried several different methods, such as growing the plants between two lines of string or a criss-cross pattern of strings, but they weren't very effective - the plants still flopped over, especially when laden with pods.


You could also use twiggy sticks like the ones often used for Peas, but I think the individual canes method is by far the best. Perhaps not if you have loads of plants, but with just a few like mine, it's easy and effective.
Posted by Mark Willis at 12:00