Most of my seeds get sown in March and April, but there are one or two veggies that don't need to be started that early. Purple Sprouting Broccoli is one of these. PSB has a very long growing cycle - approximately 9 to 10 months - and it is ready for harvest in the Spring, which means it needs to be sown between late April and late May. I sowed mine this week (on 17th May). 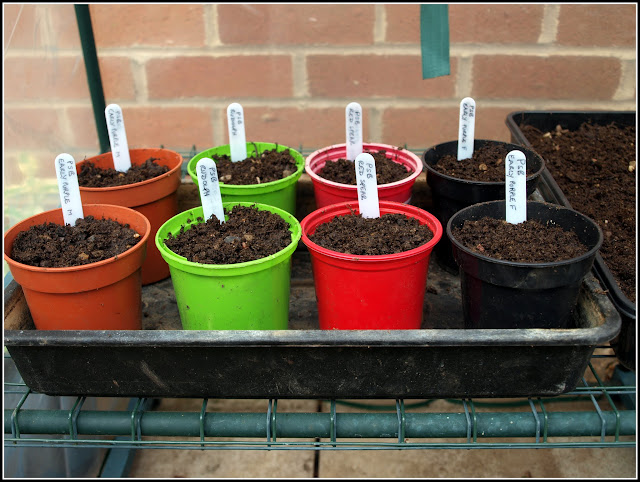 I'm planning to grow only three PSB plants. They do get pretty big, so I can't really manage to fit in any more than that. Well, to be honest, I always used to grow six in the space where I now put three, but they typically produced more broccoli than we needed, and they were often smaller plants. I think sometimes the "Less is More" principle is relevant in a garden like mine. I would rather have three really good plants than six mediocre ones. There is only one problem with this though: if one of three plants dies or does not flourish, this is a major issue, but if one of six doesn't, it's not so serious.


This year I have sowed 24 PSB seeds, 3 in each of eight pots. If all three seeds germinate, I will pinch out two and keep just one. That would leave me with eight plants to choose from. I will plant three and keep the others as long as possible in their pots, so that any casualties in the early stages can be replaced.


In my usual OCD fashion, I have sowed my PSB in colour-coded pots. Guess which colour pots the "Red Spear" ones went into... 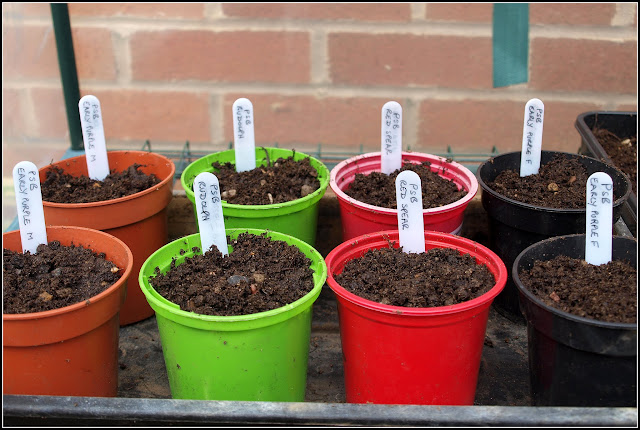 That's 2 of "Red Spear", 2 of "Rudolph" and 4 of "Early Purple Sprouting" (2 each of seeds from Marshalls and Mr.Fothergills).


Something to remember when sowing PSB seeds is that at this time of year the temperature in even a little plastic greenhouse like the ones I have can get very high, so it's best to find somewhere sheltered for them that doesn't get direct sunlight - at least until the seedlings are a few inches tall. Otherwise the seeds may not germinate at all, or if they do they could easily get scorched.


Having now got my PSB under way, the only other crop that I still want to start is Radicchio. This is something that never does well in my garden during the Summer, so I will delay a while and sow it at a time that will produce an Autumn crop, so probably late July or some time in August. Meanwhile, I will continue with successional sowing of Lettuces and other salad crops, in the hope of maintaining a constant supply for the next few months. I sowed a tray of Lettuce on the same day as I sowed the PSB. I put probably 100 seeds into it, of five different varieties. Probably only about ten of them will ever make it to maturity; the others will be used as Baby Leaf Salad.


My next batch of Radishes is swelling nicely now. In fact I think some of these are ready for harvesting. 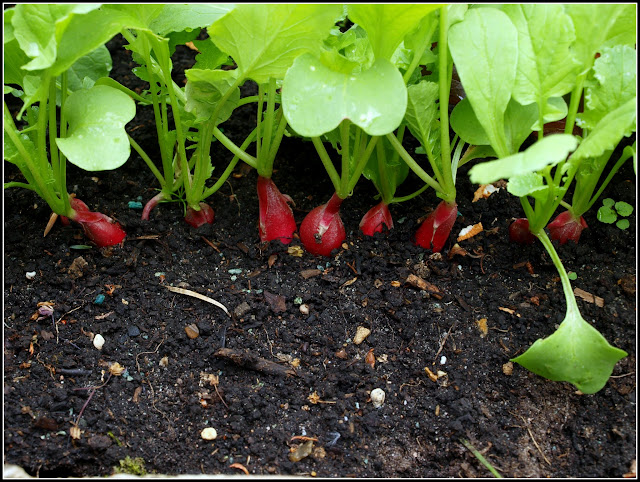 Isn't it odd how one or two of the Radishes just refuse to bulk-up like the others? There is one in the next photo which is never going to be useful... 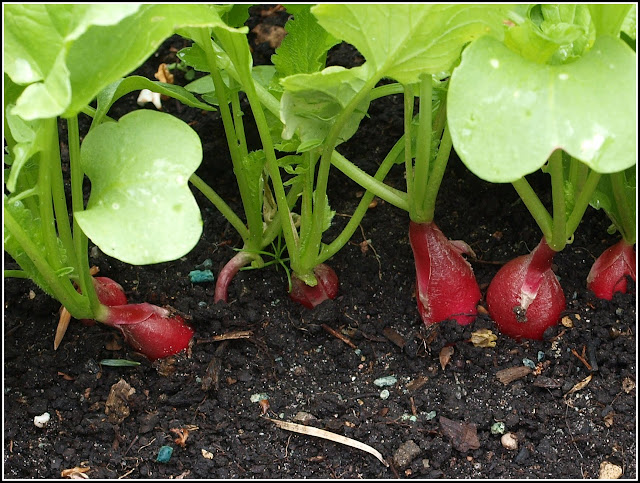