My Leek seedlings have been growing very slowly indeed, something which I attribute to two factors: poor compost and over-crowding. 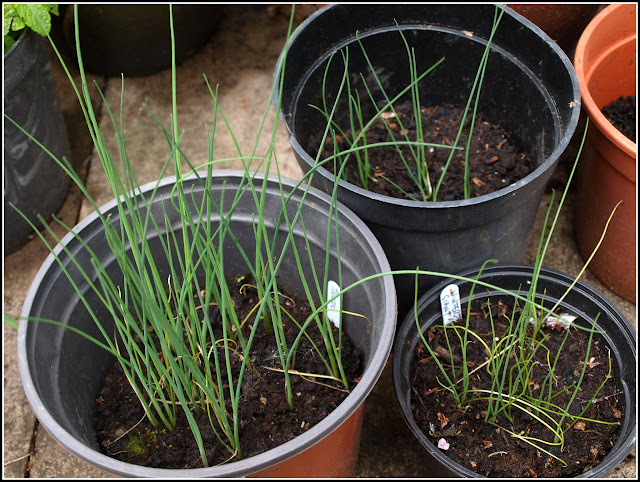 The seedlings in two of the three pots seen in the photo above were sown on March 5th, and yet they are still tiny. The ones in the pot on the right were sown a month later, on April 5th, so it's not surprising that they are a lot smaller. The "Toledo" Leeks in the pot seen below are definitely suffering from lack of space. 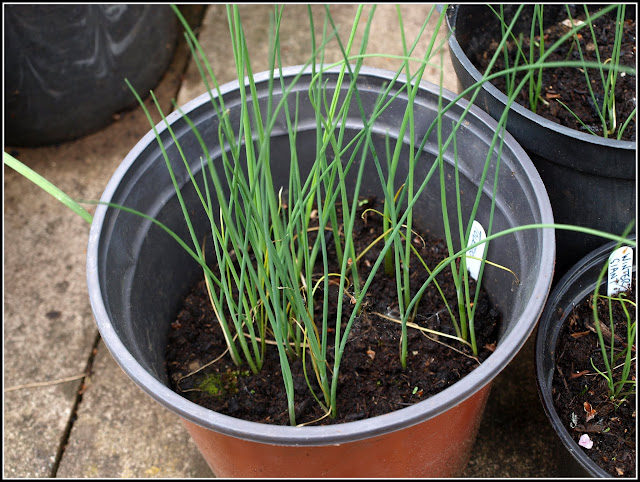 So, I decided that re-potting was called for. I carefully tipped out the seedlings, complete with their compost, onto my potting-bench. As I suspected, the old compost was compacted, wet, clammy and "lifeless". (It was mostly that multi-purpose compost from Wickes). I separated the seedlings and carefully removed the old compost from around their roots, before re-potting them in fresh (and better) compost. This time I used some Levington's John Innes No.2 compost, which has a significant grit content, so it drains better.


I planted the Leek seedlings nice and deep, carefully pushing their roots well down into the planting-holes, and made sure there was about an inch between each one and the next. I found that the pot of "Toledo" seedlings had contained 23 plants, so I distributed them among two pots. 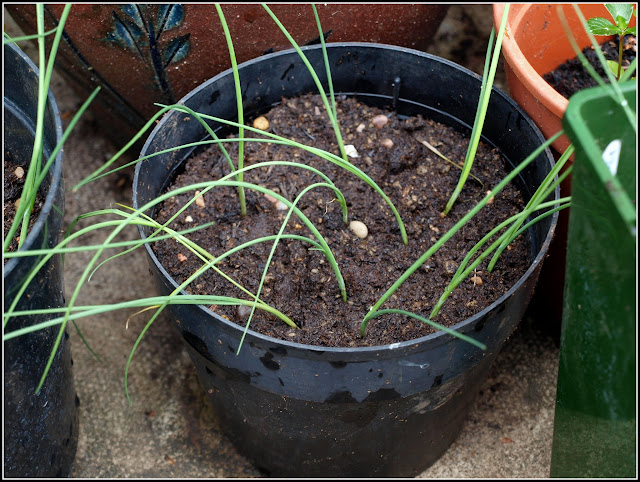 There were only 7 useable plants of "Apollo". For some reason (I think poor compost) many of the seeds I sowed didn't germinate, and several of those that did were really stunted and never grew properly at all. The 7 plants went into this nice tall green pot, recently released from tomato-growing duty, which will allow the Leeks to put down long roots. 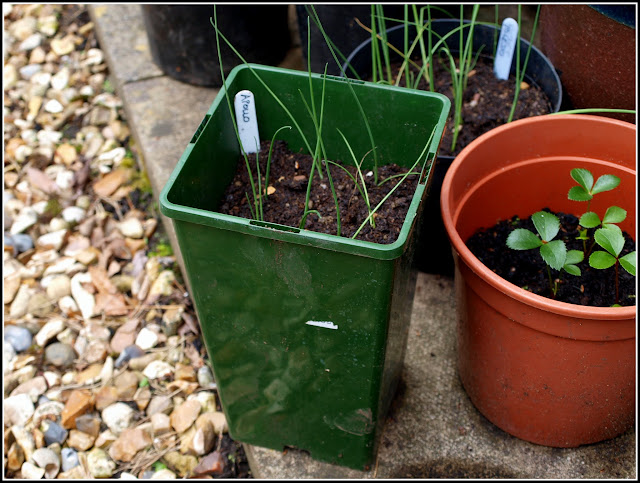 There were 16 of the smaller "Winter Giant" seedlings. 11 went in one pot and 5 in another, seen at left in the photo below. 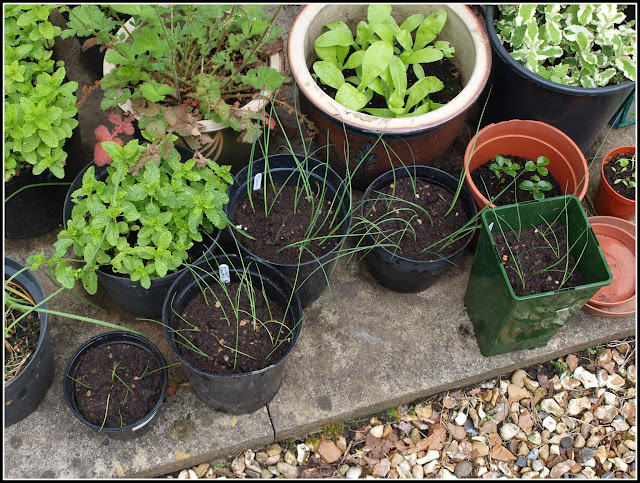 Right, so now I have 46 Leeks, which will be plenty for me. I will probably only have space to grow about 24. They are going to go in between my rows of Parsnips. Having been re-potted like this, I'm hoping they will buck their ideas up and be ready to go into their final positions by about the end of next month.
Posted by Mark Willis at 12:00