Slow progress with the peas

Well, I suppose the good news is that we (unlike most parts of the country) have not had snow this week. Hail, yes. Wind, yes. Freezing temperatures, yes. But no snow. Phew. But the plants in my garden are growing very slowly, and who can blame them. It's hardly like Spring just yet.


My peas are the classic example. I had been hoping that by now they would be romping away up those pea-sticks I gave them, but No, they are still just a few inches tall. 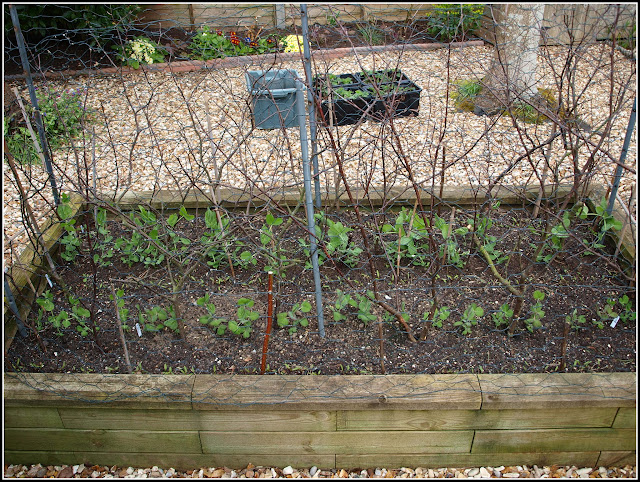 Some of the earlier-planted row are beginning to make a few tentative steps towards climbing, and I have done my best to encourage them by tying them to the sticks with some soft string: 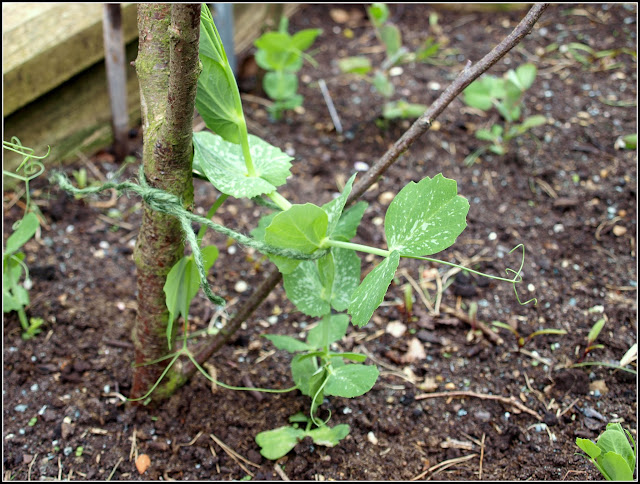 Others are sending out speculative tendrils, looking to support themselves upright in the face of the seemingly incessant wind. 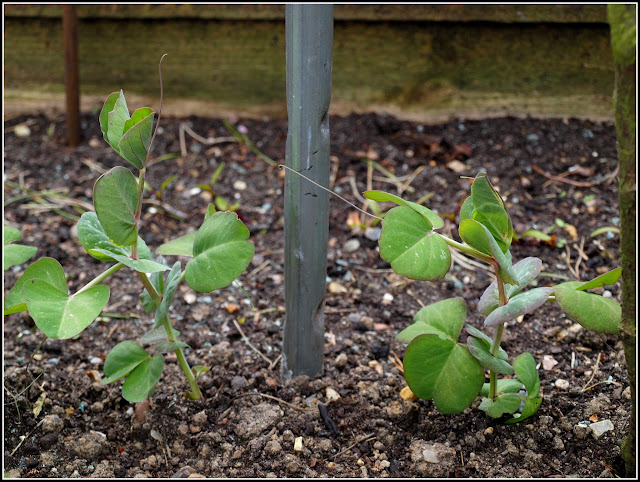 I had a shock the other day when I saw that some of the plants had turned blue. I thought it must be caused by the cold - but them I remembered that some of them are "Desiree" purple-podded peas, and their foliage is purple-ish too!


Spring is the worst time of year for badger-inflicted damage, so I have protected my peas with chicken wire. It hasn't been 100% successful, because the blessed things still manage to get their snouts in at the corners! 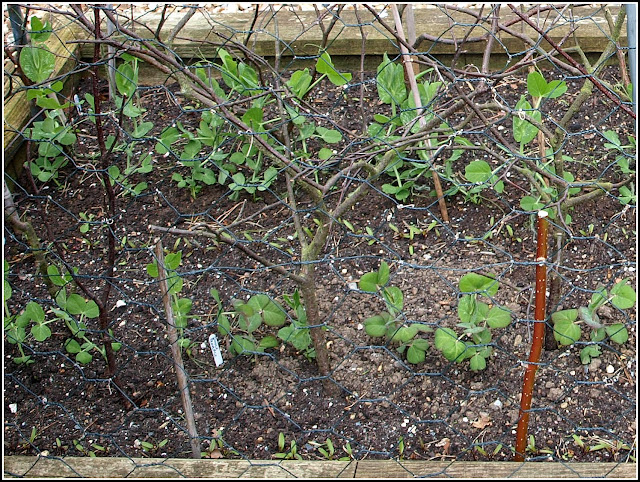 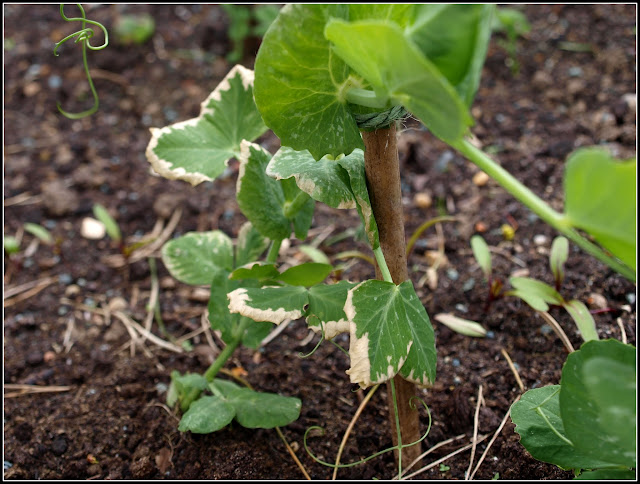 I'm not sure what has caused the browning of the leaves. It could be frost I suppose, but if that is the case, why has it only affected one plant and not the others?


You may remember that most of my peas are ones that I grew in pots prior to transplanting them. I did however sow two complete rows direct in the soil of the raised bed. Only a very small number of these ever germinated (I think it was 5), and they look very weak plants. You can see two of them here: 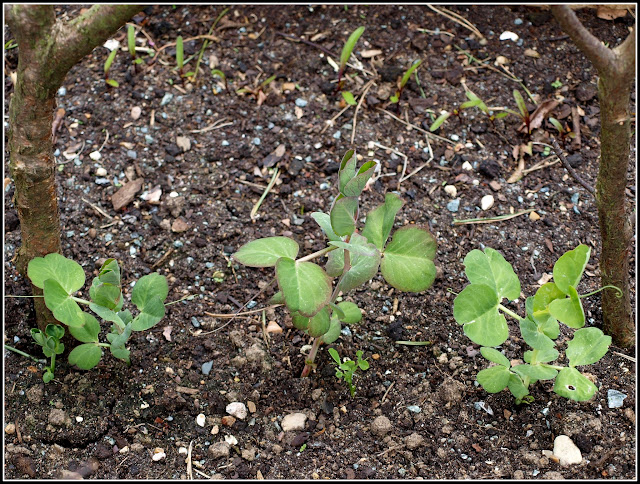 One is at the base of the stick at left of photo, and the other is near the stem of the purple "Desiree" plant in the centre. Pathetic, aren't they? If the peas go on to produce a decent crop I shall certainly be using the "sow in a pot and then transplant" method again next time.


If I had more space, this is the time when I would be sowing another batch of peas, to extend my harvest, but everywhere is either full or "spoken for". One of the big new raised beds is still empty, but it's soon going to have beans in it. ["Soon" is a relative term, you understand...]
Posted by Mark Willis at 12:00