The advent of some warmer weather has prompted me to do a bit of re-arranging in the garden. Until now, my First Early potatoes have been in the two "seedling greenhouses", but with the risk of frost much reduced I felt that it was time for them to give way to more deserving occupants - chillis and tomatoes.

So now I have put all my potato containers in a row, in such a way that I can easily run a length of fleece over them if  the night is going to be very chilly.


As regular readers know, I potted-on my tomato plants a couple of days ago, and now I have done the same with the chillis, which were beginning to outgrow the little 3-inch pots in which they had been raised up till now. 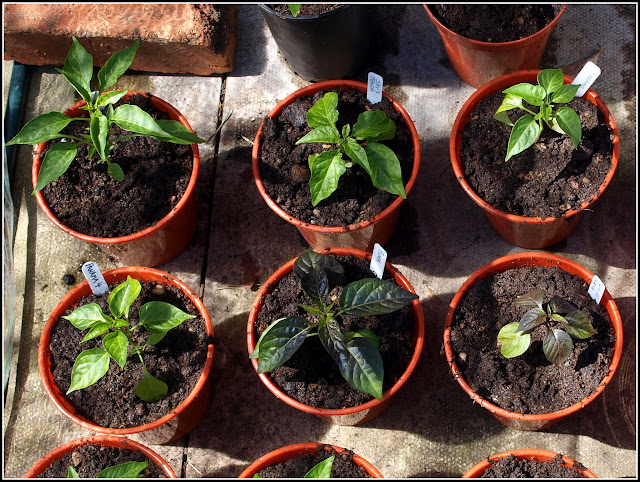 Of course this means that they take up more space than before, and it would be a lot more difficult for me to bring them indoors now. From now on their home (at least during the night) will be one of the seedling greenhouses. 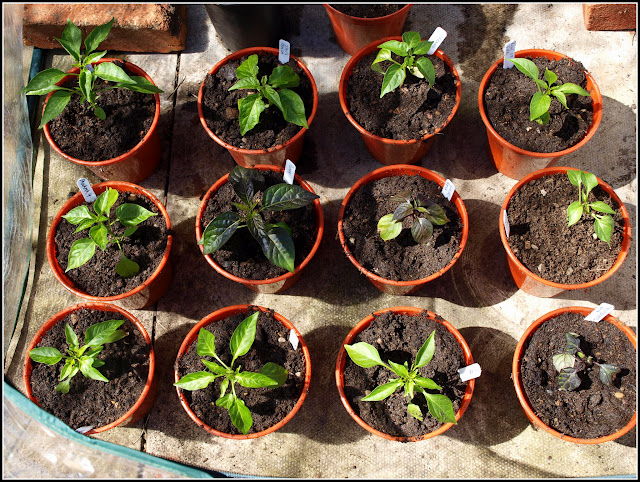 The tomatoes will "sleep" in the other greenhouse. During the day the greenhouses can get very hot, even with the covers open, so I prefer to put my plants out in the open. Furthermore the greenhouses are positioned next to the house, so the amount of direct sunlight they get is limited. If I put the plants on the patio table they get sunlight almost all day long. 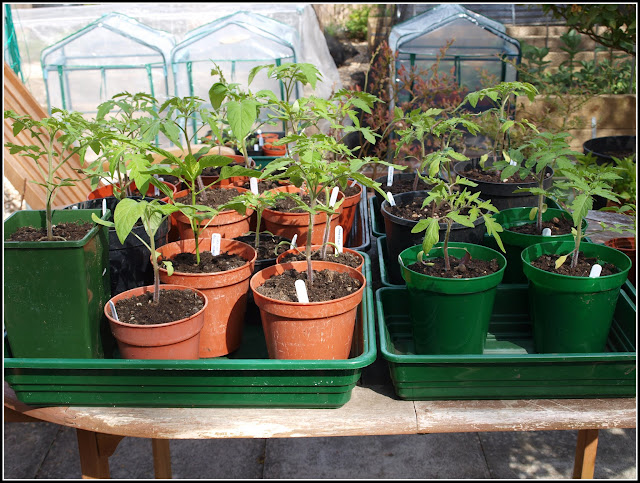 I will be keeping a particularly close eye on the weather forecast over the next week or ten days, because I generally like to pot-up my chillis and tomatoes into their final containers in mid to late May, but I don't want to do it if the weather is going to turn cold again.


These are some of my chilli plants: