After all the frantic activity during April and early May, we have reached that time of year when most (though not all) of the sowing and planting has been done. All my raised beds are full, and the rest of the garden is crammed with pots and containers of potatoes, tomatoes, chillis etc. Now is the time to step back and let the veggies do their own thing. I like this time, because it means there is little work to be done - just the odd bit of weeding, watering and tying-in - and I can dream about all the bumper harvests to come.


The Runner and French beans are settling in nicely, and beginning to reach out for their supporting canes:


The Broad Beans are covered in flowers now. If all those set I will certainly get a good crop. I have seen several Bumble Bees coasting from one flower to the next, so let's hope they have done their job well.

These are my Spring Onions. Not big by any stretch of the imagination, but growing away nicely. 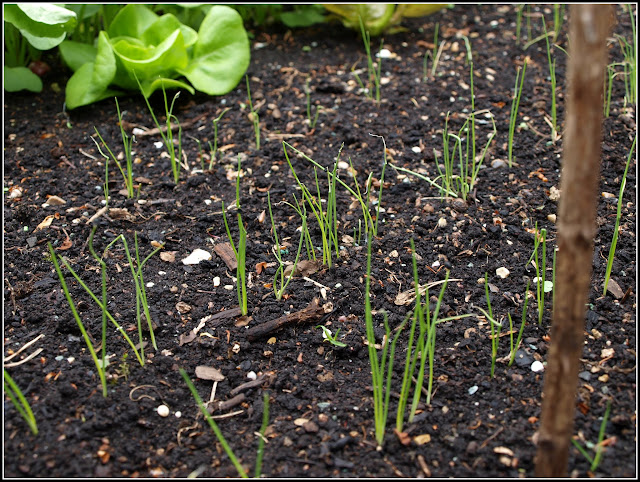 The apple tree and pear tree have a fair few fruitlets on them. They blossomed after the last frost (assuming we have HAD the last frost...), so I'm hopeful that at least a few of them will have been pollinated.

My "Winter Banana" apple tree is new to me, having arrived in January, and I don't really expect any fruit off it this year, but you never know... It has several clusters of fruitlets, but the June Drop will no doubt account for many of them.


There are loads of little fruits forming on the Blueberries and Strawberries, and I'm already planning how to protect them from the birds as they ripen. I never seem to have enough nets! 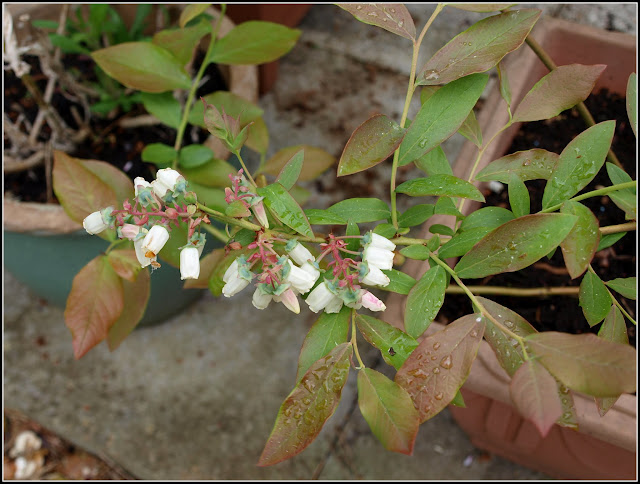 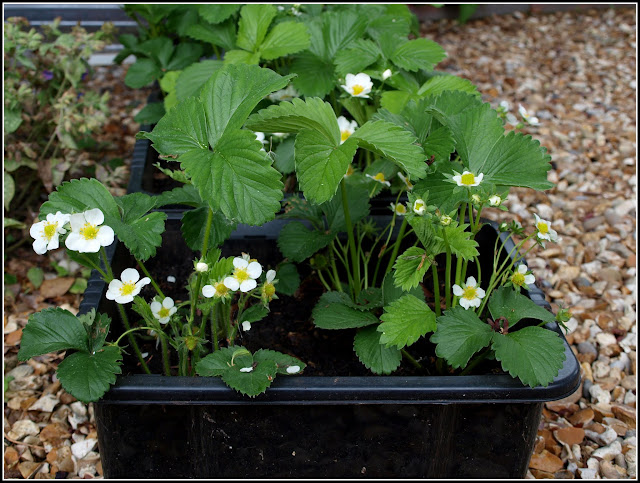 Talking of ripening, I now have a few chillis that are almost ripe. They are on the plant I call "Turkey, Small, Red",  Although I thought I had hardened it off all right after spending Winter indoors, this plant shed almost all of its leaves soon after being brought outside (it must still have been too cold), but significantly it didn't abort the fruits:

This is the plant's natural reaction to a traumatic event. In catastrophic circumstances like these (or if severely under- or over-watered) the plant will put all its effort into propagation. Even if the plant dies, maybe some ripe seed will produce a successor?


Most of the plants affected by the Fairy Liquid Episode also lost most of their leaves, but they have adopted a different strategy. With no fruits to bring to maturity, they have concentrated on producing another set of leaves. Hopefully they will make a full recovery and go on to produce their fruits in due course. This next one is an "Aji Limon", saved from 2104, so it is already pretty "senior".


The chillis I am growing from seeds sown in February are doing OK, despite the constant depredations of the aphids. 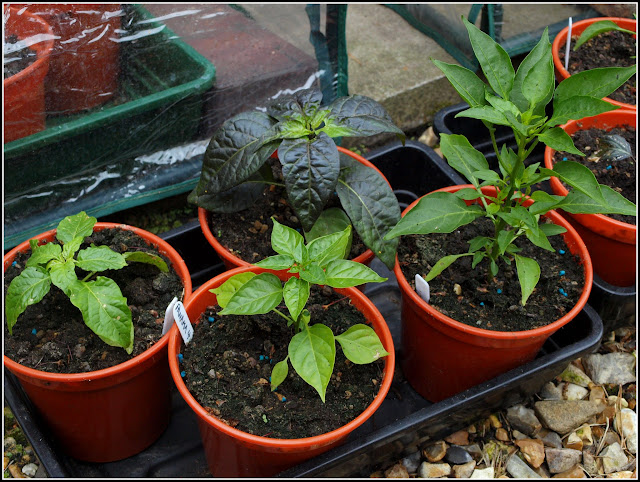 I have tried lots of different ways to get rid of the aphids - including the "Eradicate" product I am trialling on behalf of Herbwise Organic Solutions - but none of them have been very effective. The best way of keeping the blessed things in check seems to be to brush them off with a small soft paintbrush, but this is exceedingly time-consuming, so I'm also frequently spraying the plants with a very dilute solution of the "Original" type of Fairy Liquid, alternating with "Eradicate". I also had some casualties on account of a different pest last week. Two of my chillis were killed by slugs, which is very unusual. With so many other plants in the garden, the slugs normally go for easier targets. One plant was eaten right down to ground level, and the other had its stem eaten completely through! It's a good job I have plenty more.


My salads are looking good too. The biggest Lettuces are just about ready for harvesting. Note to self: harvest the first ones soon, because if you don't, by the time you get round to eating the later ones they will be over-mature and possibly bitter. 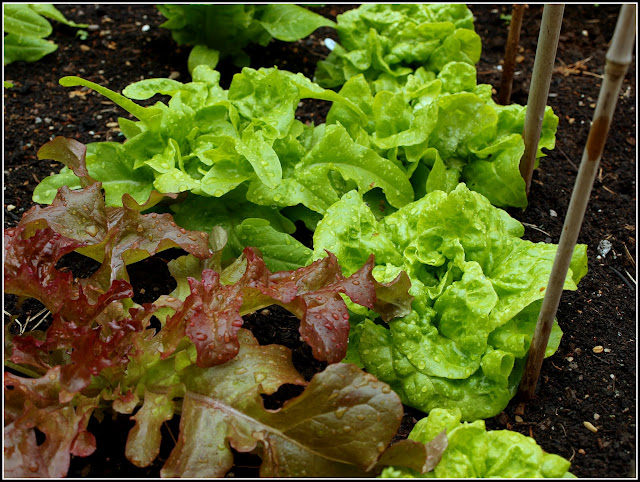 What I really want now is some lovely sunny weather, so that I can sit out on my patio (wine-glass in hand) and watch my plants grow!
Posted by Mark Willis at 12:00