After such a good year for salads, I'm reluctant to stop growing them. A couple of days ago I planted eight little Lettuces which I had "hanging around". I don't normally grow any Winter lettuce, but it seemed a shame to just ditch these ones.

These Lettuces were sown on 5th September, in a fit of optimism inspired by the unusually warm weather we were experiencing at that time. There are four "Valdor", three "Marvel of Four Seasons" and one "CanCan".

I have decided that with some protection from cloches, these lettuces stand a chance of growing to a useable size, though I don't expect them to be on a par with their Summertime siblings, and they will no doubt grow pretty slowly.

I dug over the planting site with a trowel, and added some pelleted Growmore general-purpose fertiliser. Using the trowel again, I made a separate planting-hole for each lettuce, aiming to put the seedlings in at about the same depth they had been at previously, in their individual 3" pots. If you plant lettuce too deep they don't seem to like it. I put the seedlings in two parallel rows so that it would be easy to cover them with two of my long cloches.
﻿ 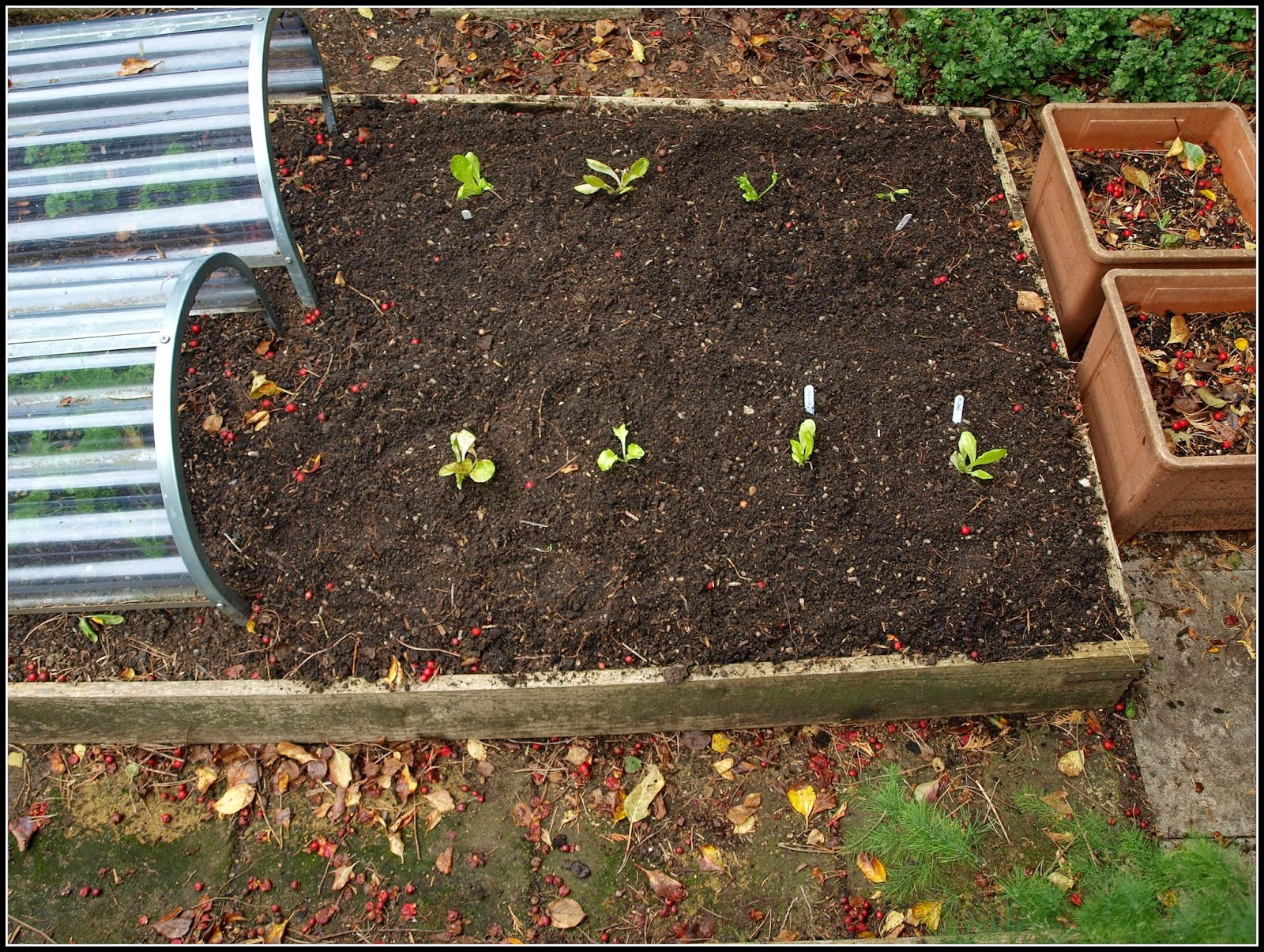 Before putting the cloches in place I gave the lettuces a good soak of water, and scattered a few slug-pellets around them. Succulent little lettuces like this are very vulnerable to slug / snail attack. I must remember to remove the cloches occasionally and water the lettuces again, since they obviously won't benefit from any rainfall.

In the past I have found that over-wintering lettuce is very susceptible to fungal diseases and it's important therefore to promptly remove any leaves that rot or die off. Likewise, soil underneath cloches can easily become covered with green algae, so it is good practice to remove the cloches and cultivate the soil around the plants once a month or thereabouts. 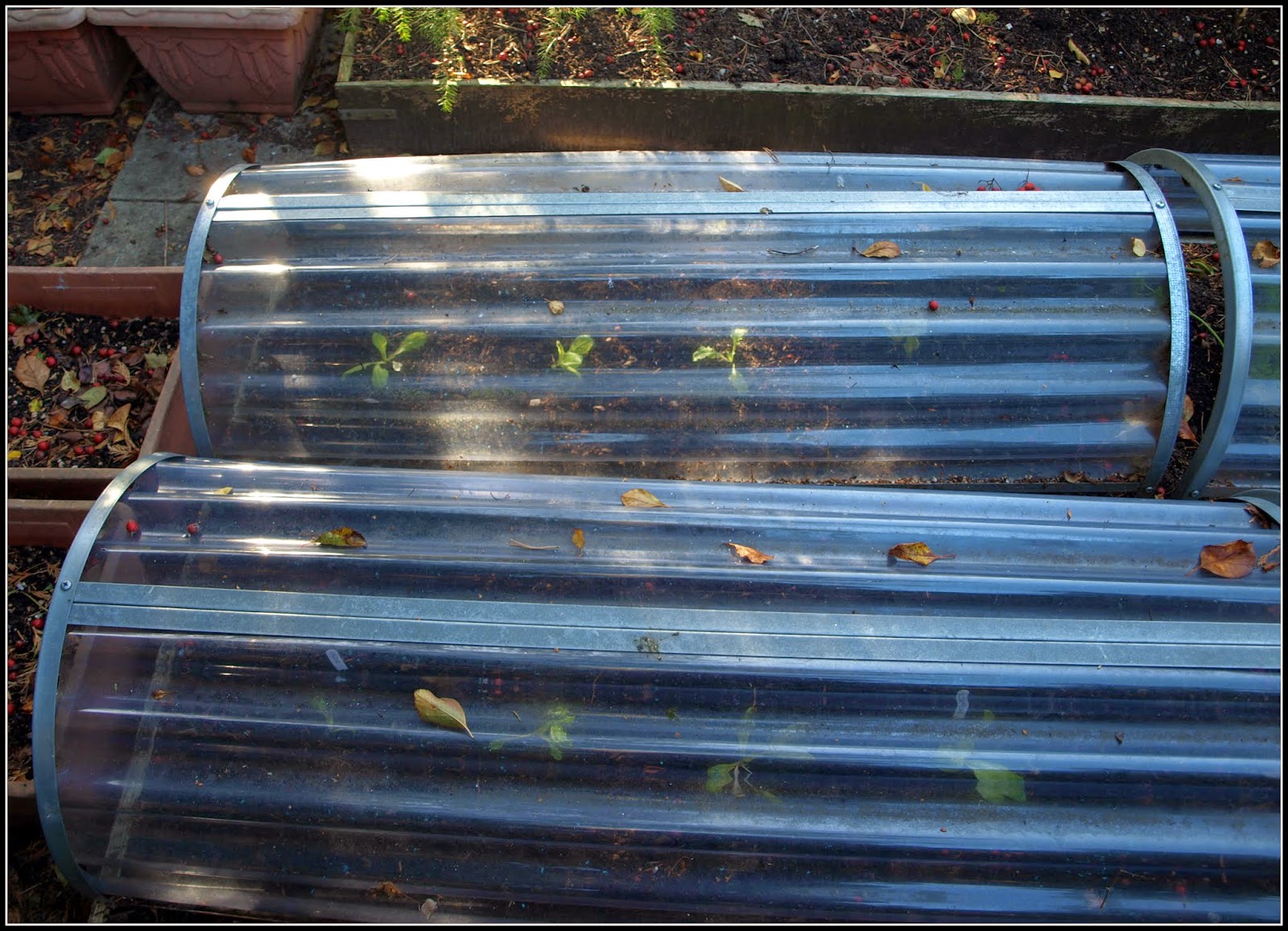 By the way, you may have noticed that my Parasene "Longrow" cloches no longer have end-pieces. They were very flimsy indeed and kept falling off. I concluded that they were more trouble than they were worth, so they have been thrown away. This is disappointing, considering that the cloches cost about £20 each. In concept these cloches are great, but their construction is far too frail and I wouldn't recommend buying them.
Posted by Mark Willis at 12:00