A couple of days ago I noticed that Blight had finally taken a hold on my last two remaining tomato plants - the "Maskotka" ones. 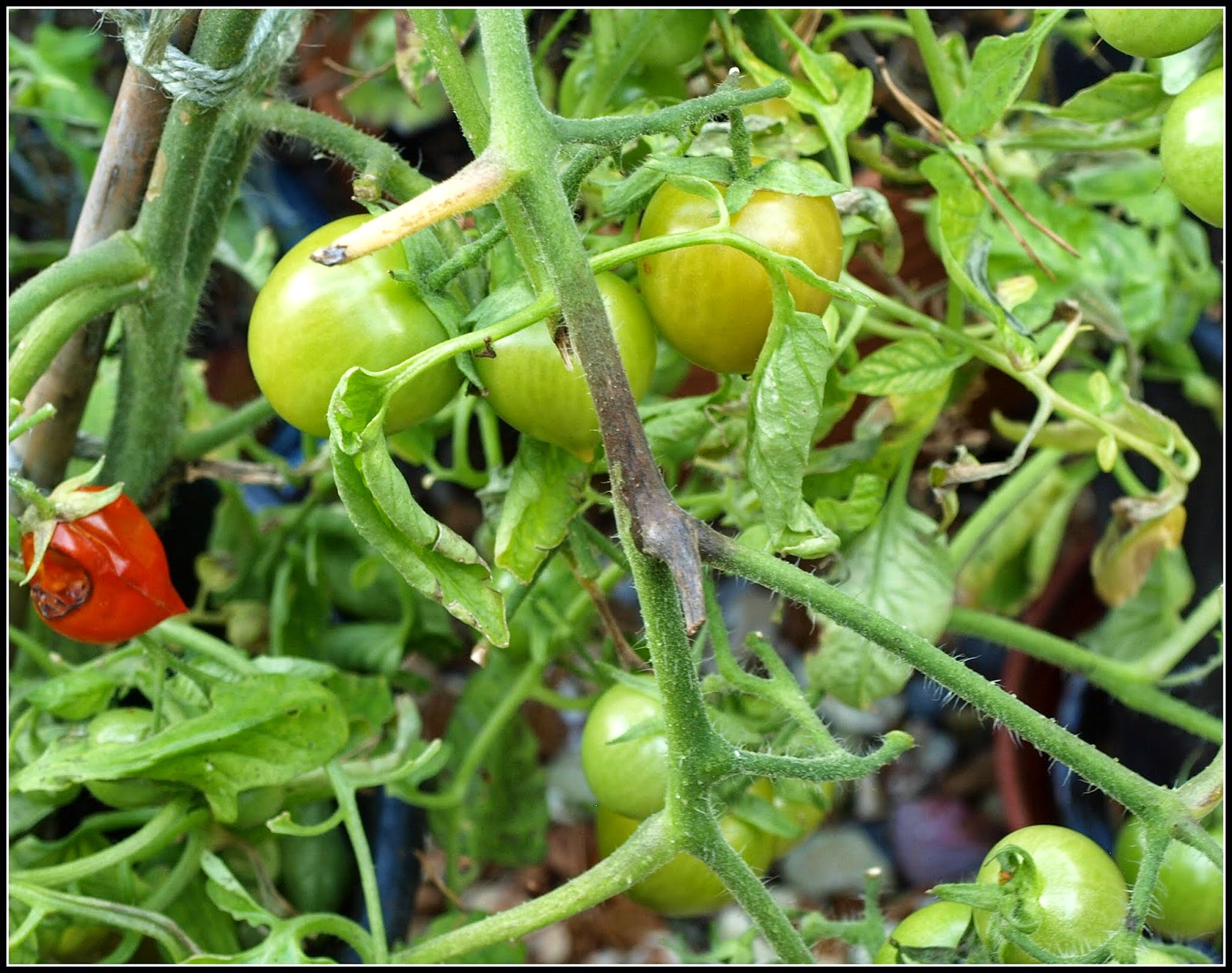 There was still a significant quantity of fruit on these plants, which I did not want to lose. 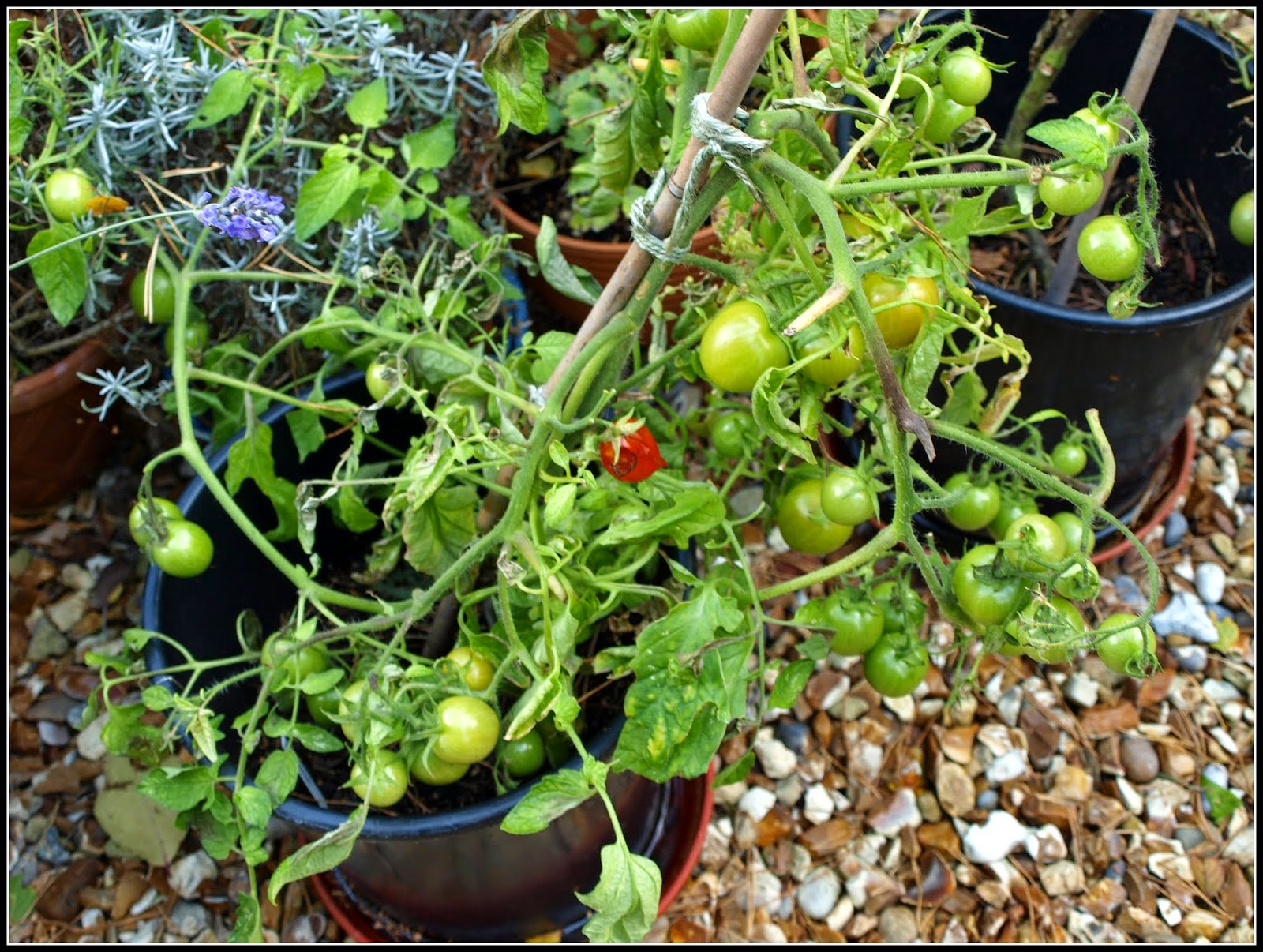 So I picked everything that was not already blight-infected or slug-damaged. It came to nearly 600g. 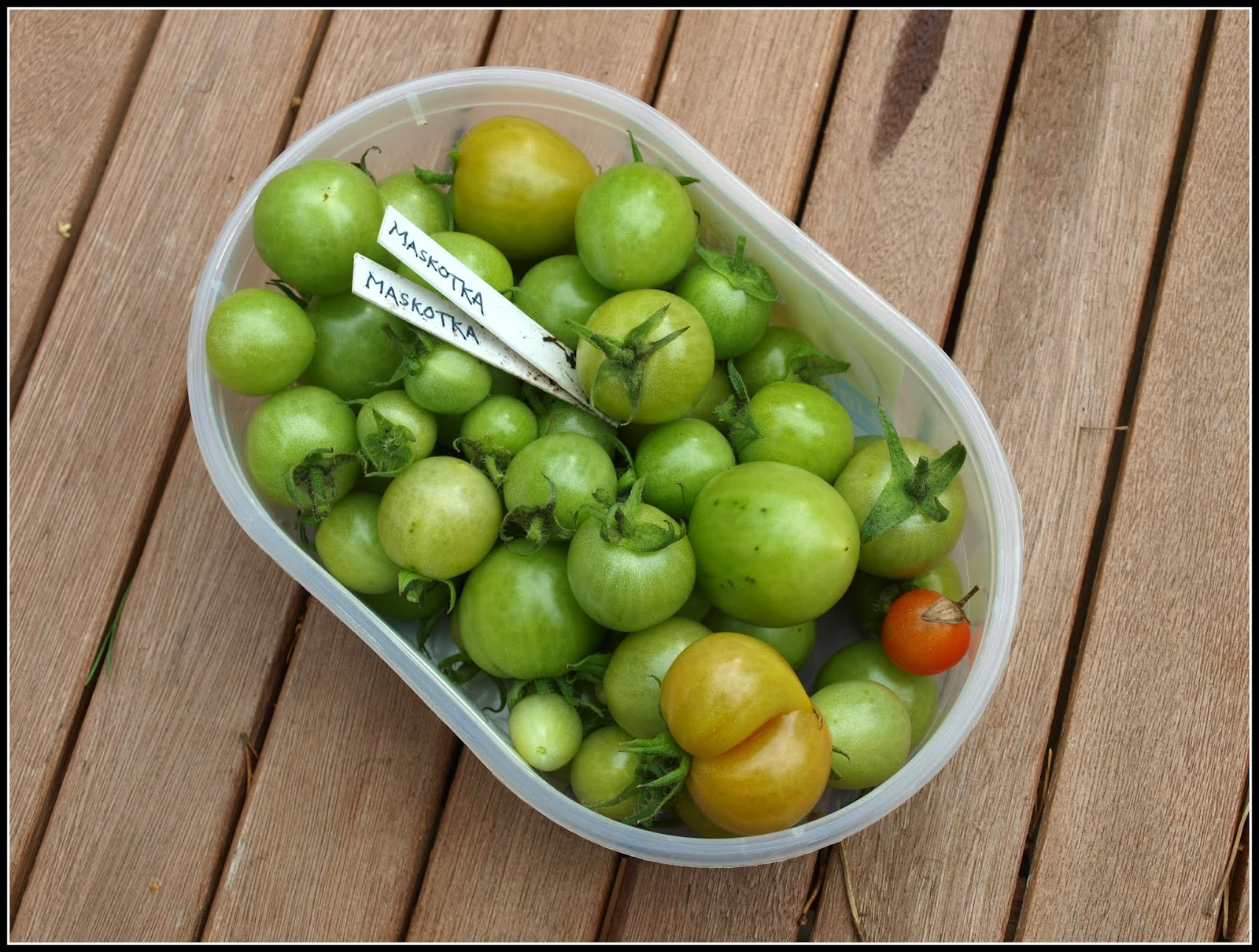 With a bit of luck some of those will ripen before the blight develops. Inevitably a few of them will already have been affected and will have to be discarded, but at this stage of the proceedings, any ripe fruit will be a bonus.

The plants themselves have now gone into a plastic sack for eventual disposal at the municipal Tip. I don't want to put diseased material in my compost bins.

Meanwhile, more of the "Banana Legs" tomatoes have ripened on the Dining-Room windowsill. 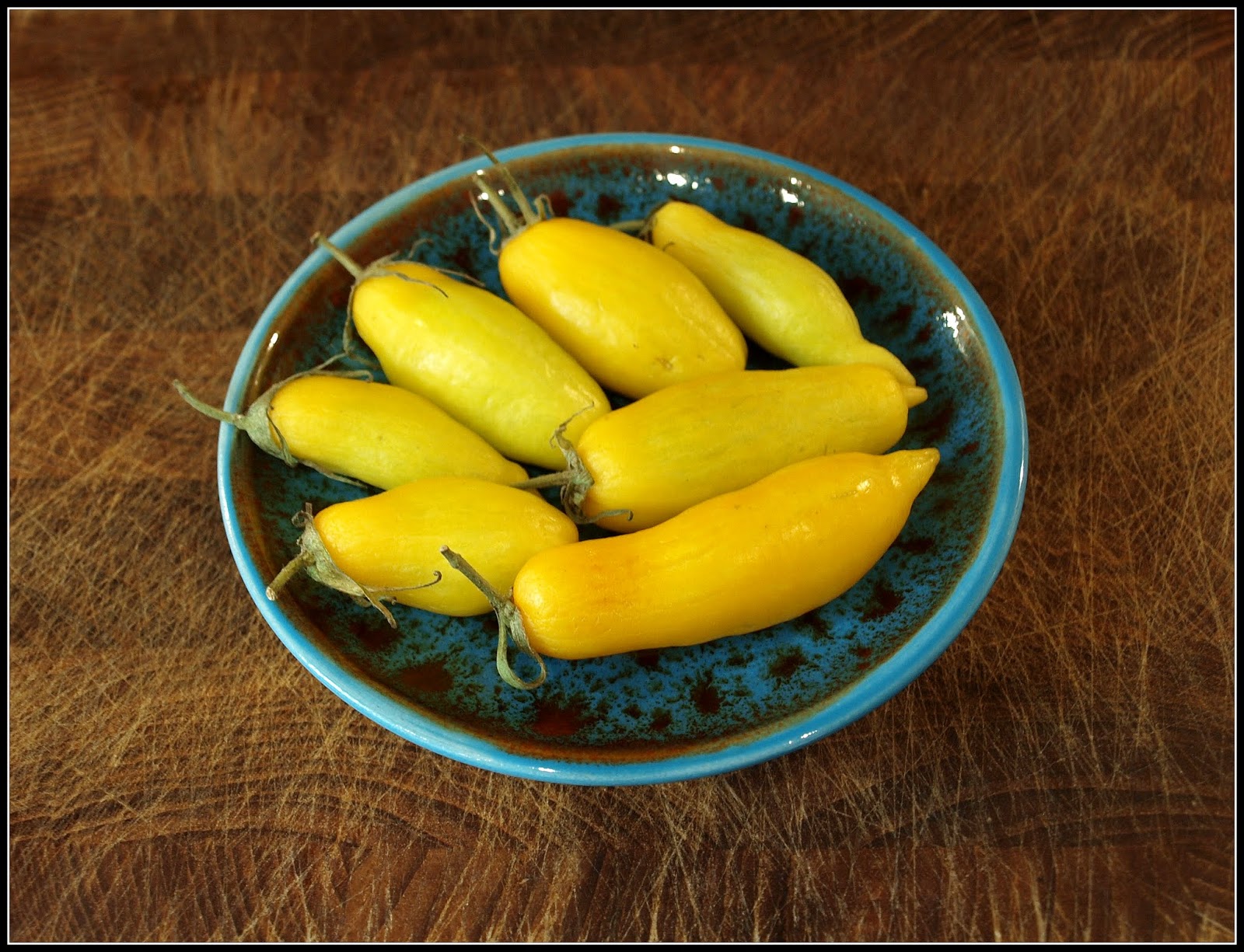 I just wish they were nicer to eat. I have found them very insipid. One of those varieties to grow for looks only, not flavour.

Actually, I've just thought of another use for them... You know that they say you should put a ripe banana in with your green tomatoes to help them ripen? Well, surely some "Banana Legs" tomatoes would do the trick with those green "Maskotkas"!
Posted by Mark Willis at 12:00