You may recall that I have been trying harder this year to extend my harvest season and to grow some genuinely "Winter" vegetables. Well, I'm doing OK so far (except that most of my Cabbages have already matured). I have Leeks (Yes, I know I have already harvested several, but I do still have several more), Brussels Sprouts, Parsnips and a few Swede Turnips. Four Swede Turnips, to be precise, so I am never going to have a huge crop!

I sowed my Swedes on 10th May. As usual, I sowed many more than I needed, and kept only the ones that looked most promising. In order to minimise root disturbance, I sowed the seeds in small 3" pots, two seeds to a pot, and pinched out the weakest seedling a few days after germination. When they were big enough (about a month after sowing), I planted them out, spaced about a foot apart. In the photo below they can be seen nearest the camera, with Leeks behind them, and some Cabbages at the far end of the bed. 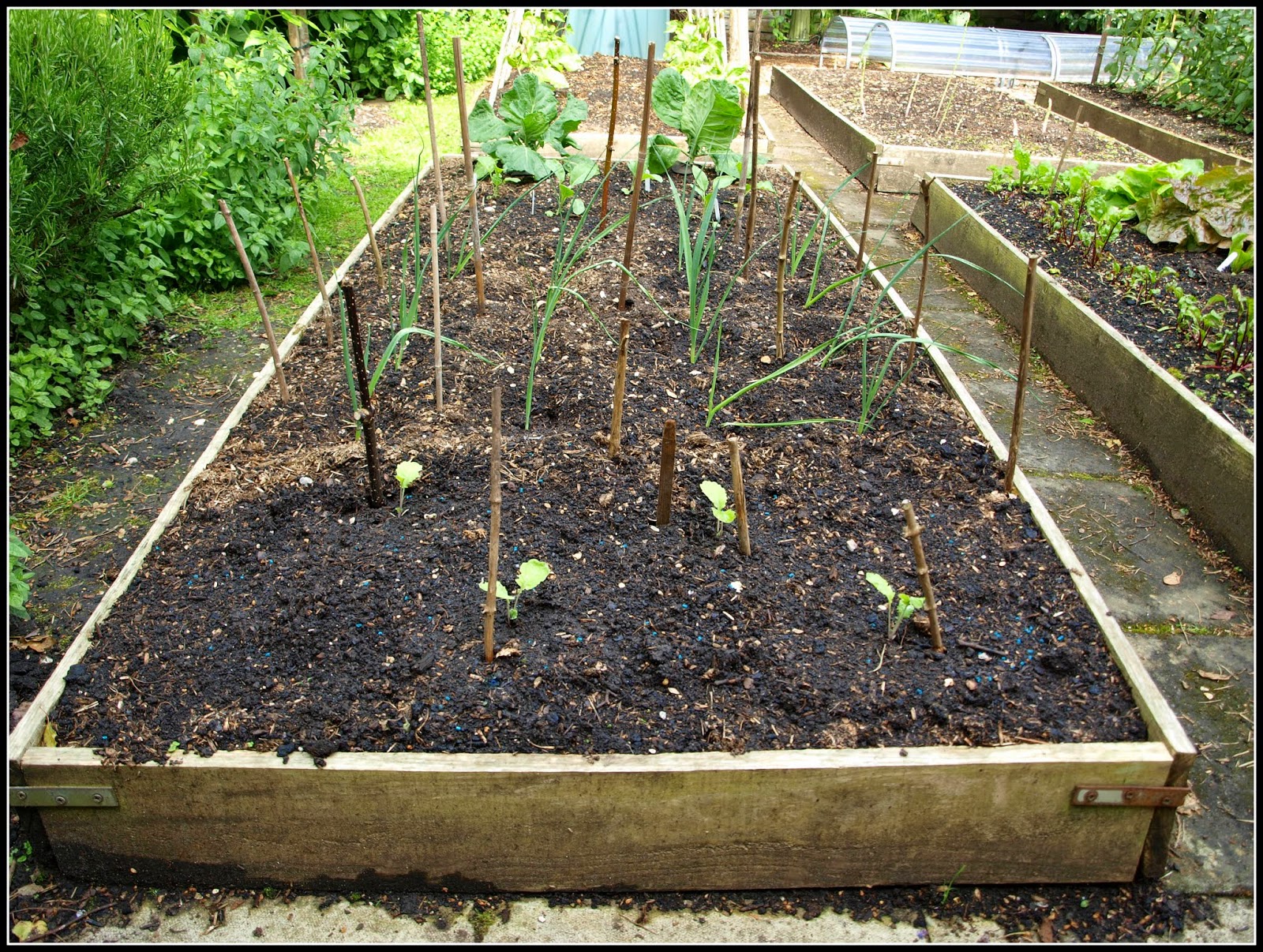 Well, I can't claim that they have grown rapidly or anything. On the contrary, their growth has been painfully slow. Still, I suppose that's better than maturing in mid-Summer like most of my Cabbages! The bad news though is that only two of the four have (so far) produced anything like a "bulb". Here's one: 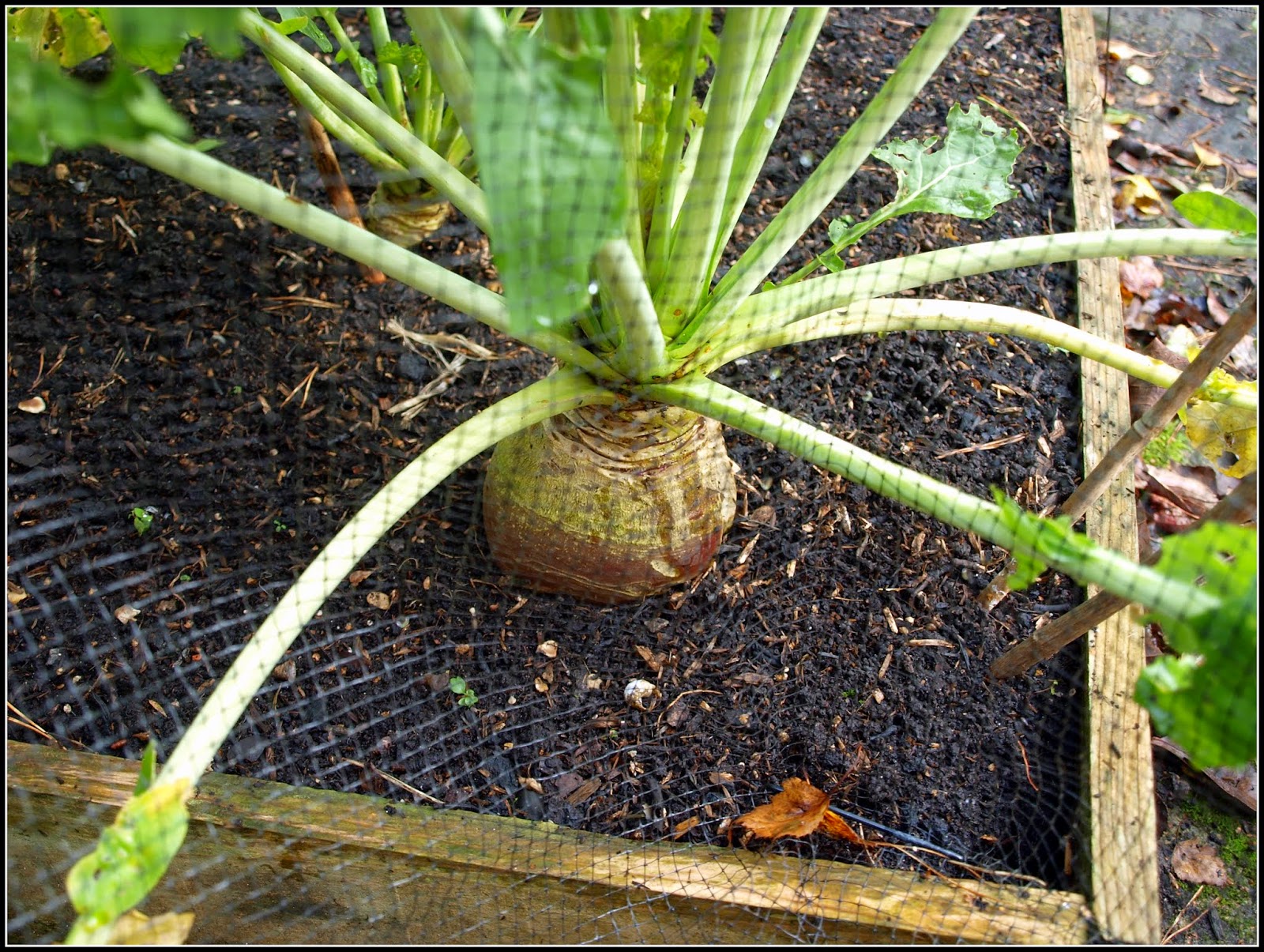 And here's the other. I have photographed this one in close-up to give the impression that it is big! 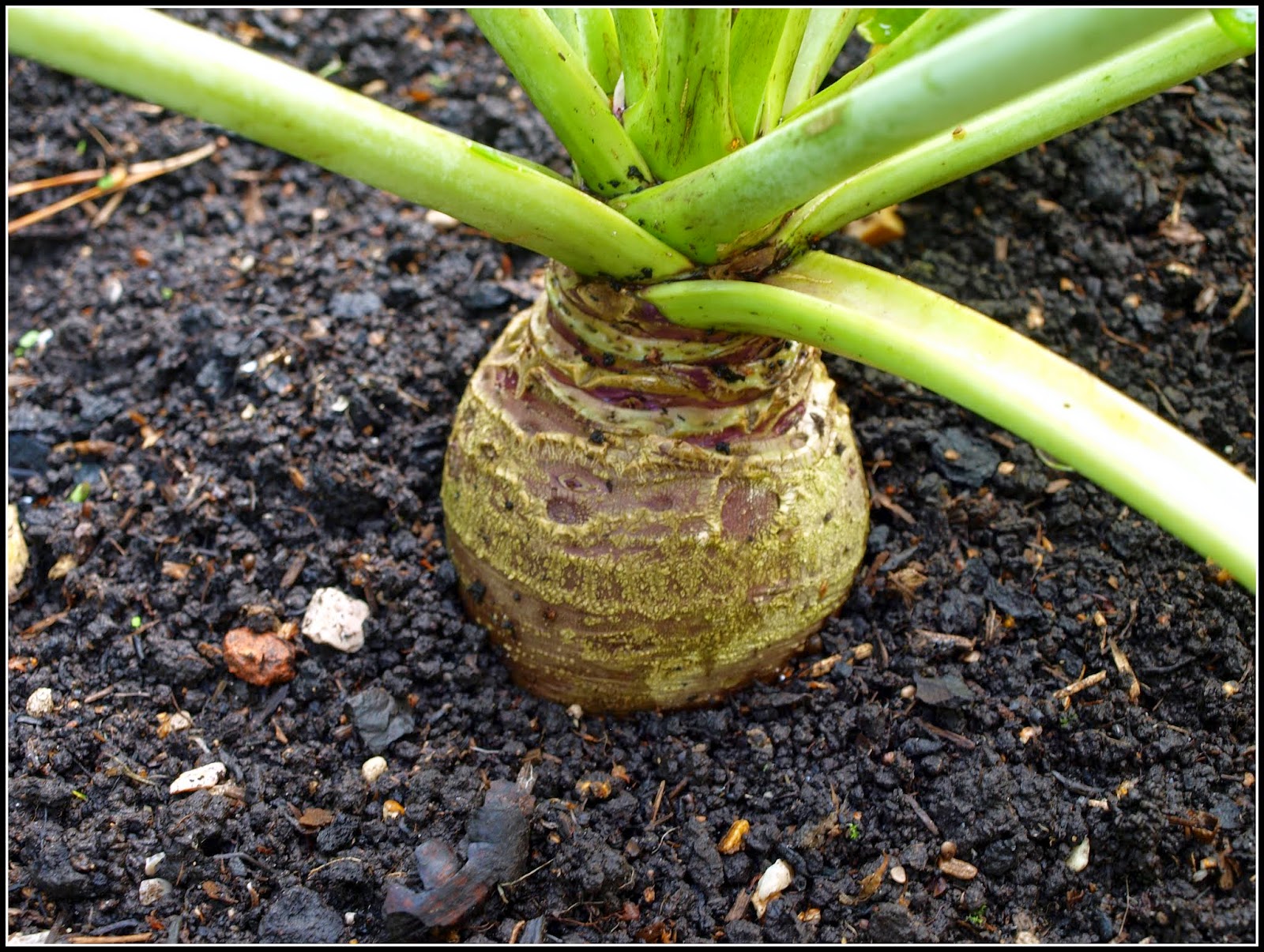 It isn't big. It's probably about the size of a decent Lemon. Will it get any bigger? Will the other two ever produce anything worthwhile? Who knows? In the background of my second photo you can just make out another Swede that is still tiny. At its current rate of development it will be Winter 2015 before it is ready!

Maybe this is part of the problem: 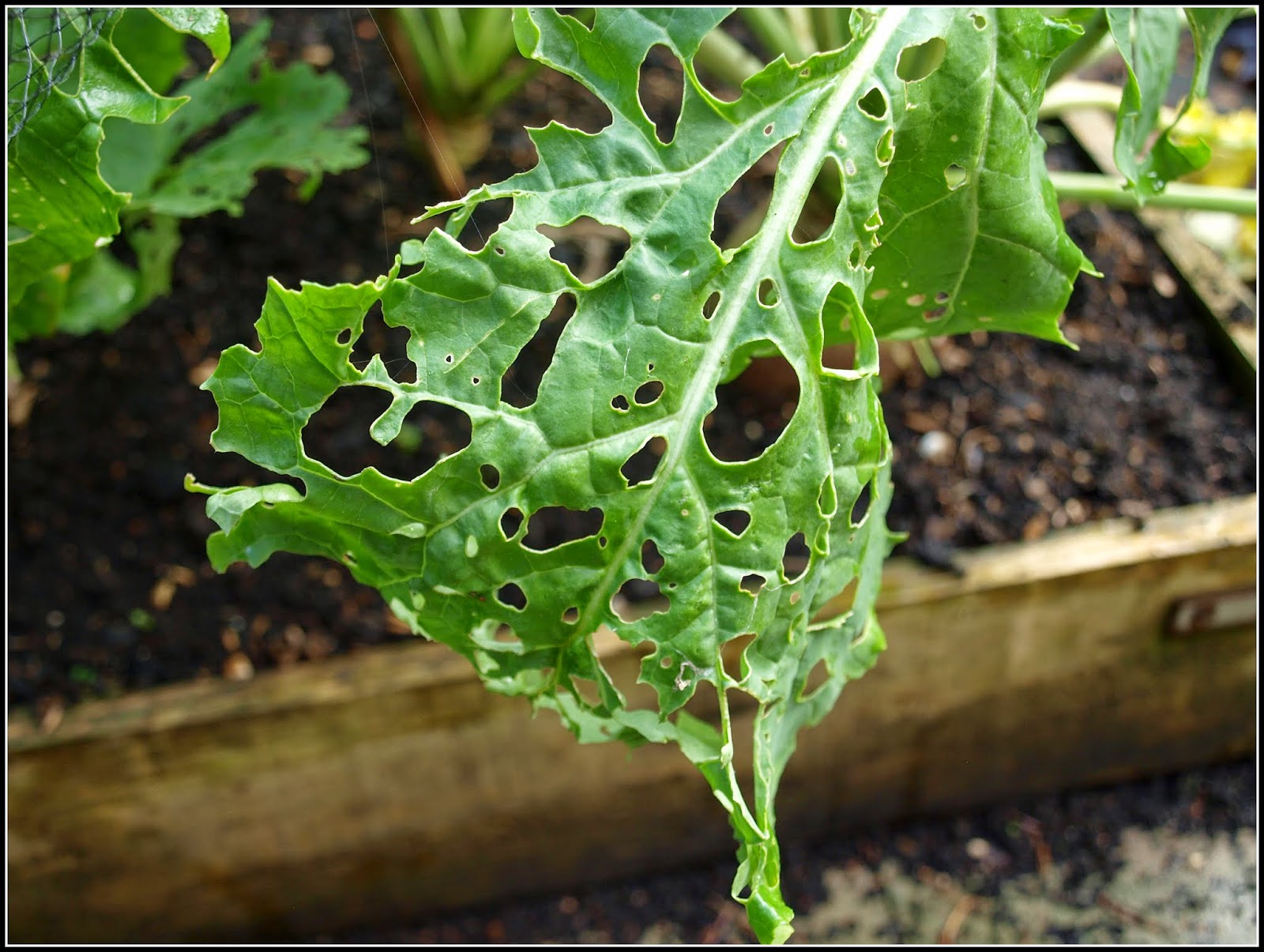 Despite my best efforts, the snails have lacerated the leaves. I know it is snails that have done this, not slugs, because I keep picking off small snails caught in the act of feeding on my precious veg. They seem immune to the blue slug-pellets which seem to do away with the slugs quite well. Perhaps they are a type of snail that has developed an immunity to those pellets? Fortunately they don't seem to enjoy nibbling the swollen roots.

Do you know, I don't really understand why I'm growing these things. They will have to be damn good to have been worthwhile. Swedes are cheap to buy in the shops, so the difference in flavour between a home-grown one and a shop-bought one will have to be big to convince me to grow Swedes again next year. Having said that, this is what I said earlier in the year about Leeks, and they have definitely earned a place on next year's grow-list!

Who else grows Swedes? Have you had a similar experience? What is your opinion of their VSR (Value for Space Rating)?
Posted by Mark Willis at 12:00