The most colourful harvest this week has been another basketful of several different types of chilli and Sweet Pepper: 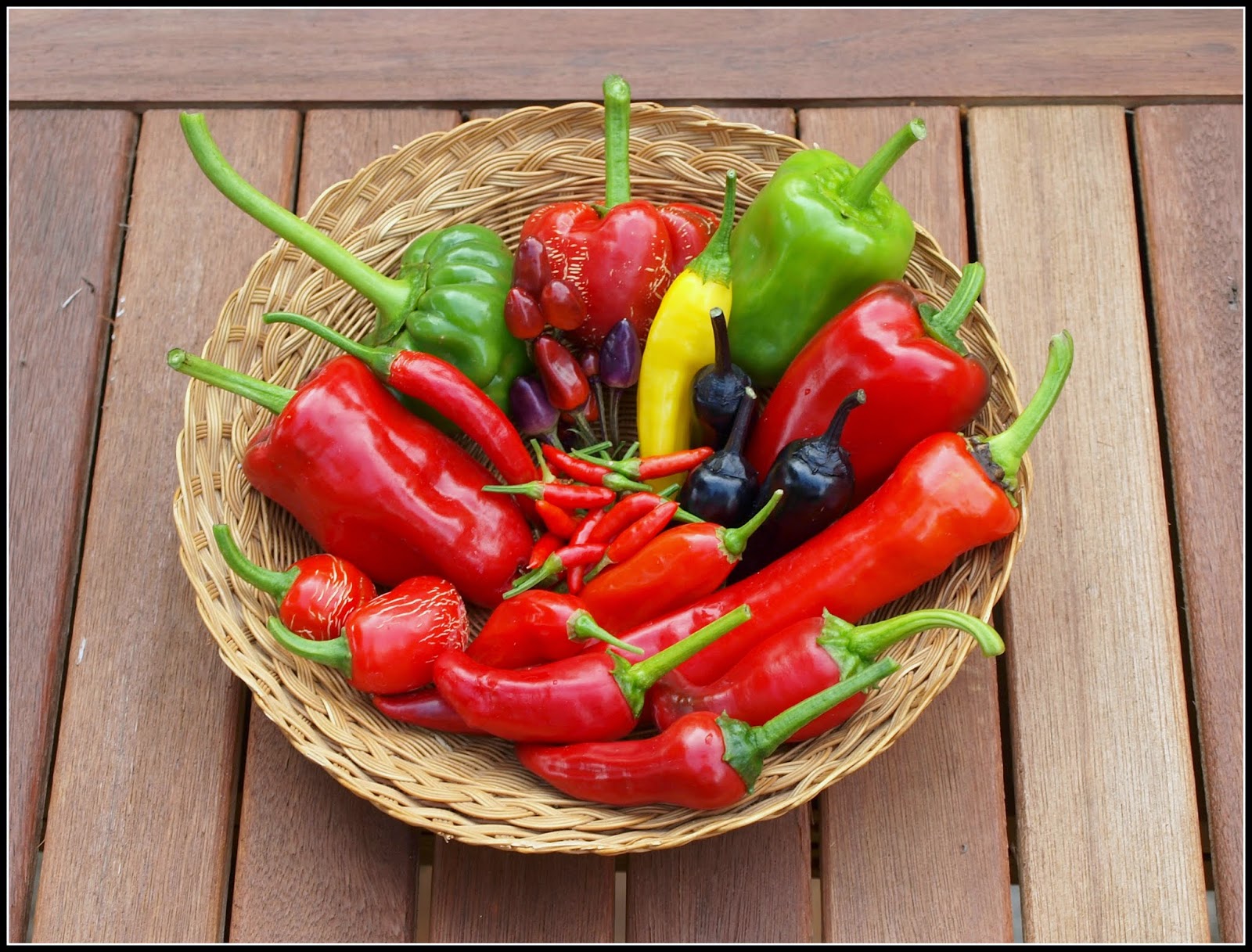 I wrote about these on Saturday if you would like to read more. Here's a LINK to my post. 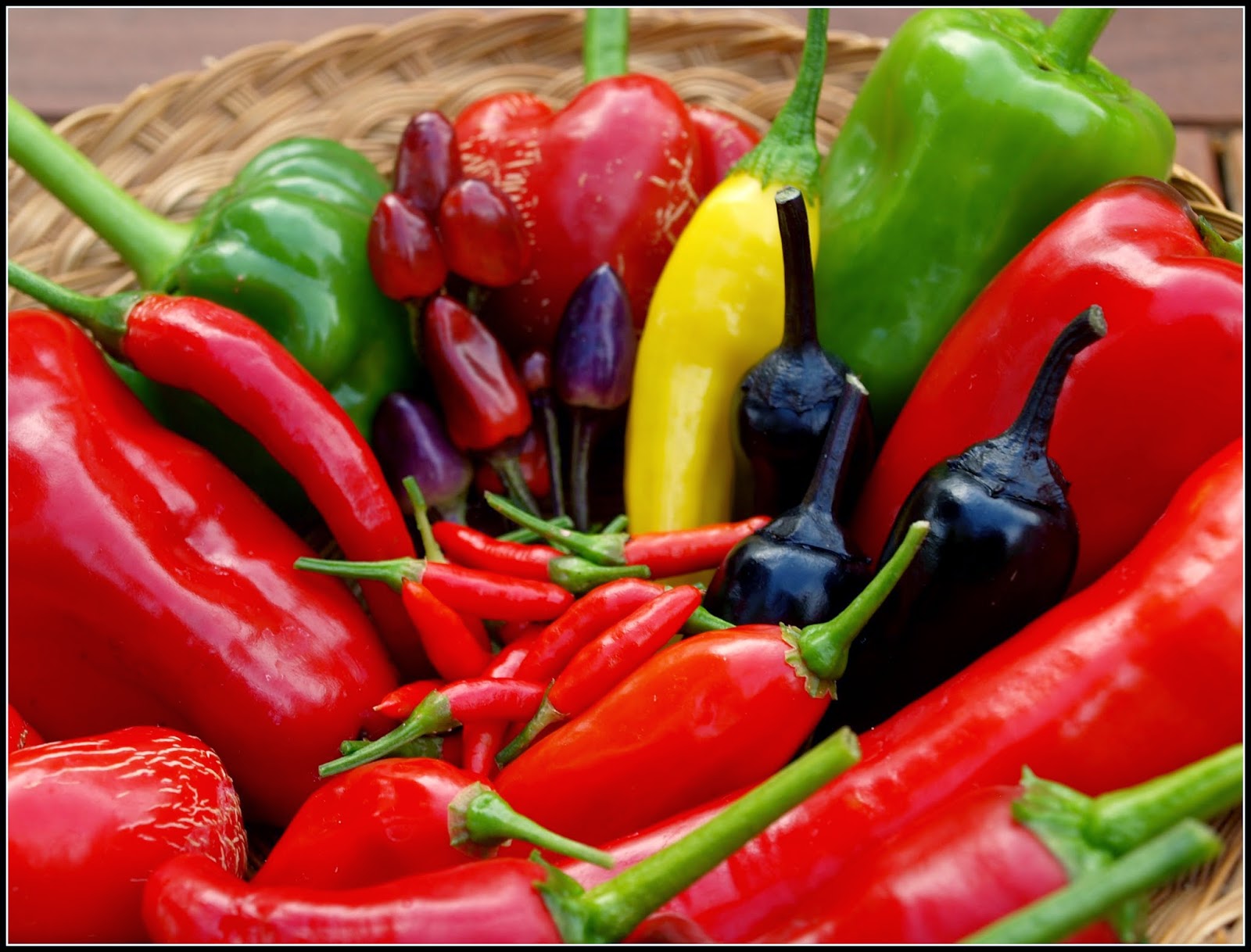 I also got some more indoor-ripened tomatoes. These ones are "Maskotka" (red), "Banana Legs" (the yellow one), and some of what I called "Japanese Purple", though they turned out to be neither Japanese, nor purple! They are Chinese, and they have ripened to a sort of chocolate brown colour. 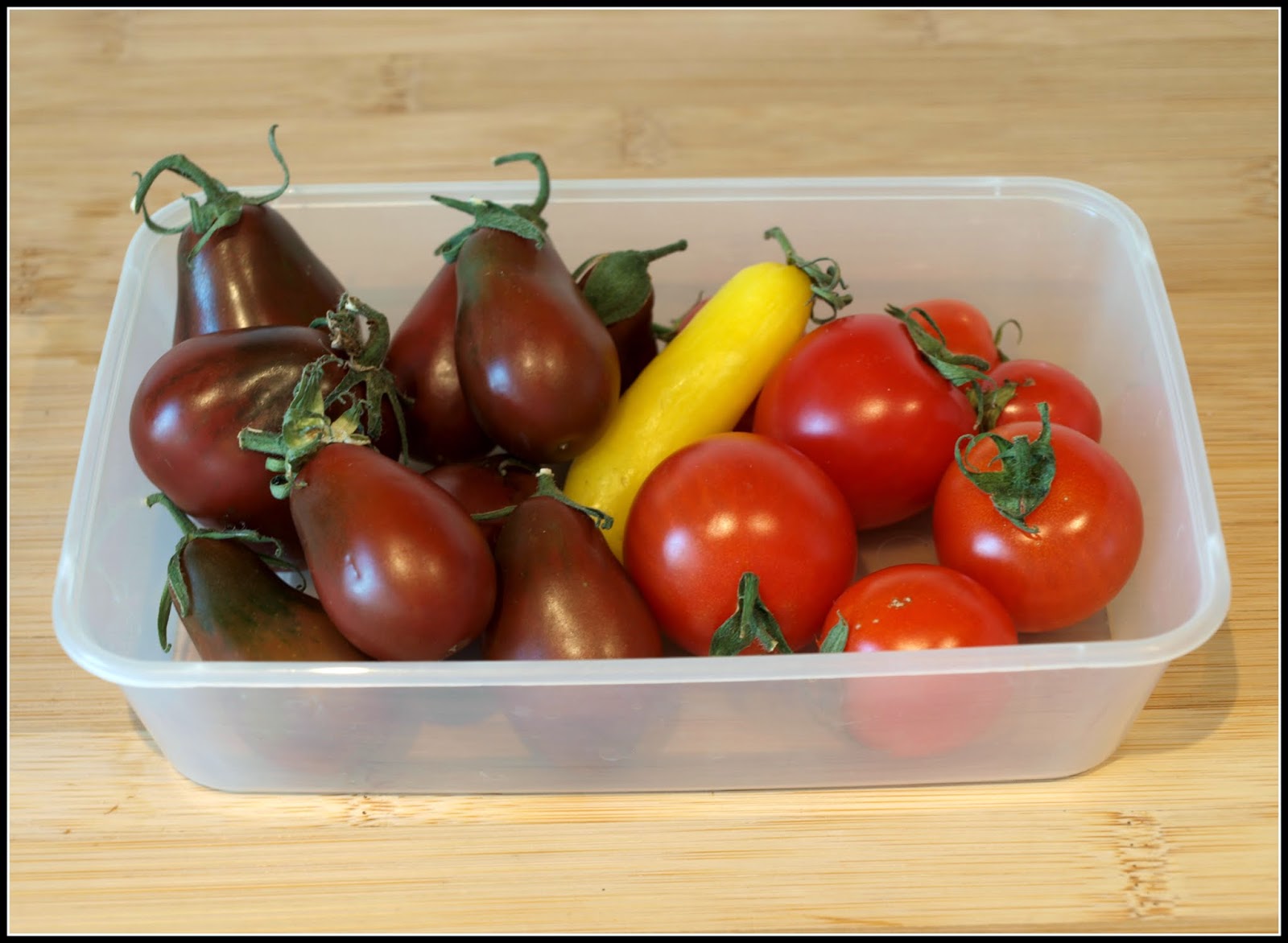 At the weekend Jane made some Celeriac soup, and she asked me to provide a "small leek". This is the one I supplied: 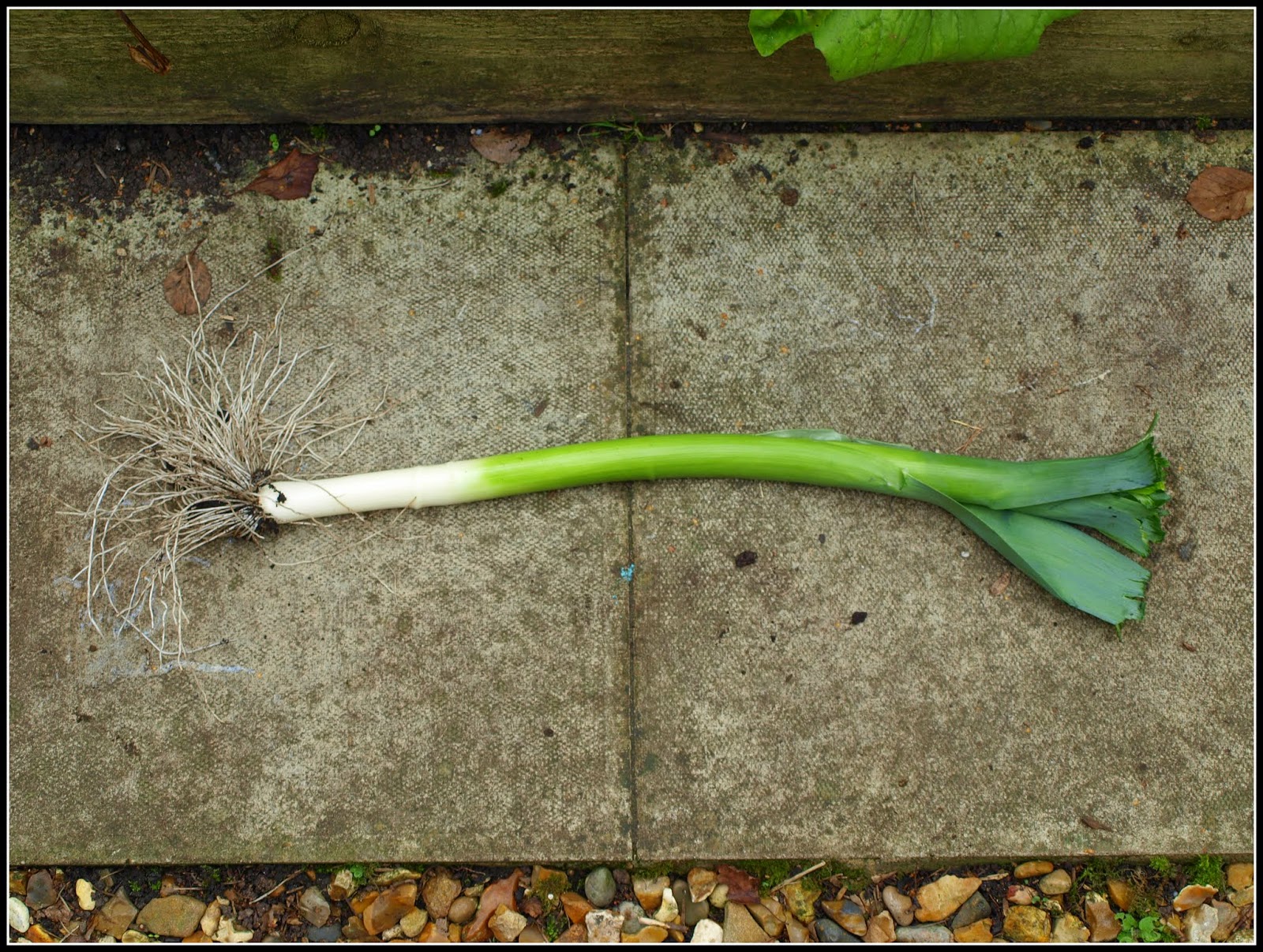 Compared with the other leeks I have growing, this was indeed a small one, but when I show you this same leek posed on top of one of the compost bins you will see that it is not that small... 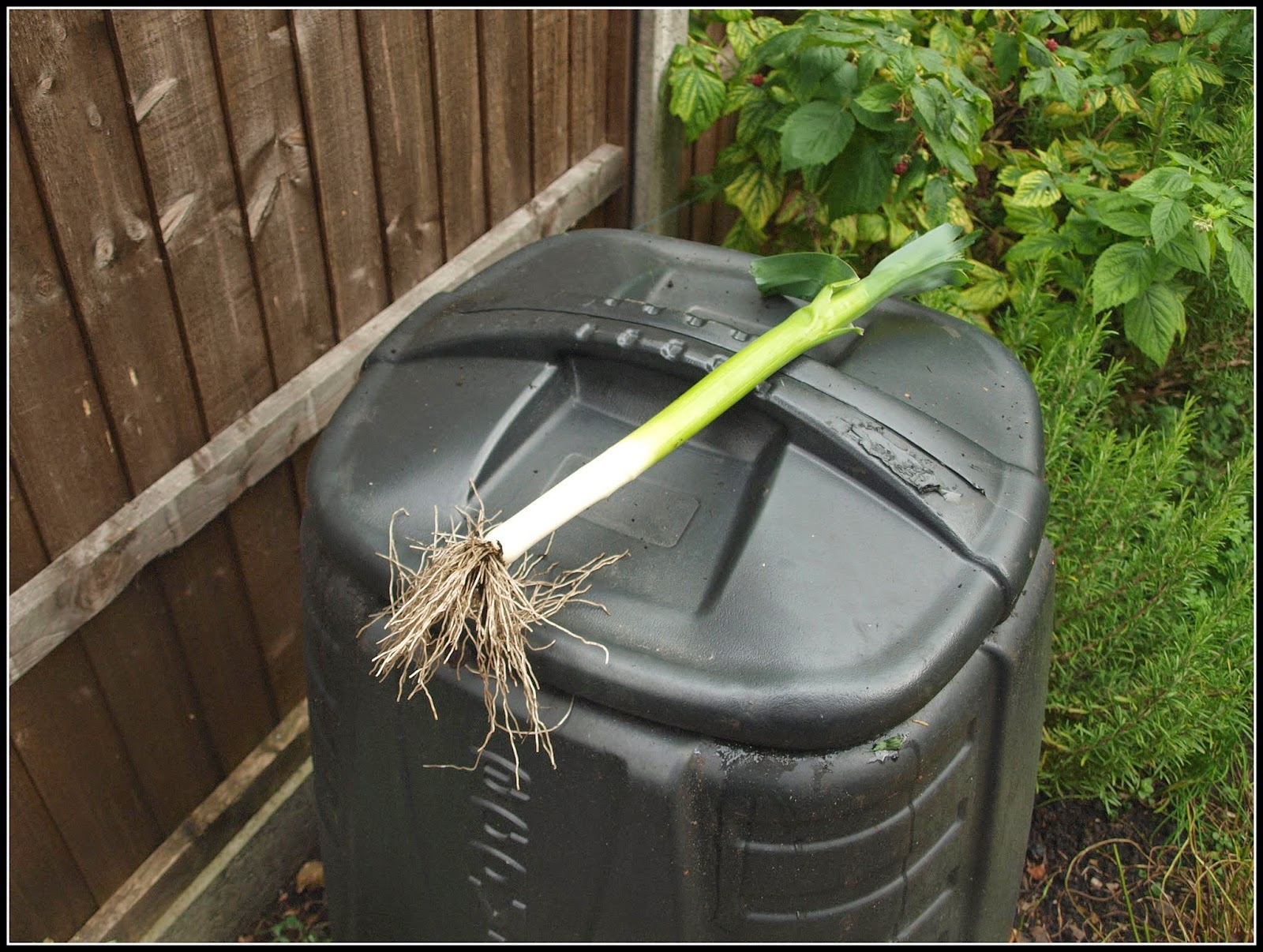 Actually, that is one of the original 16 leeks that were to form my main crop, but it was one of those dug up by the foxes and subsequently re-planted, so it is not as big as most of its siblings. As the leeks have been harvested, I have gradually replaced them with the small ones I kept in pots (originally intended to be used as Baby Leeks), so I am getting a much bigger yield than expected from the very small space I had allocated (about one metre square, I think). This is a ploy that I fully intend to repeat next year.

I cut one of my "Tundra" cabbages: 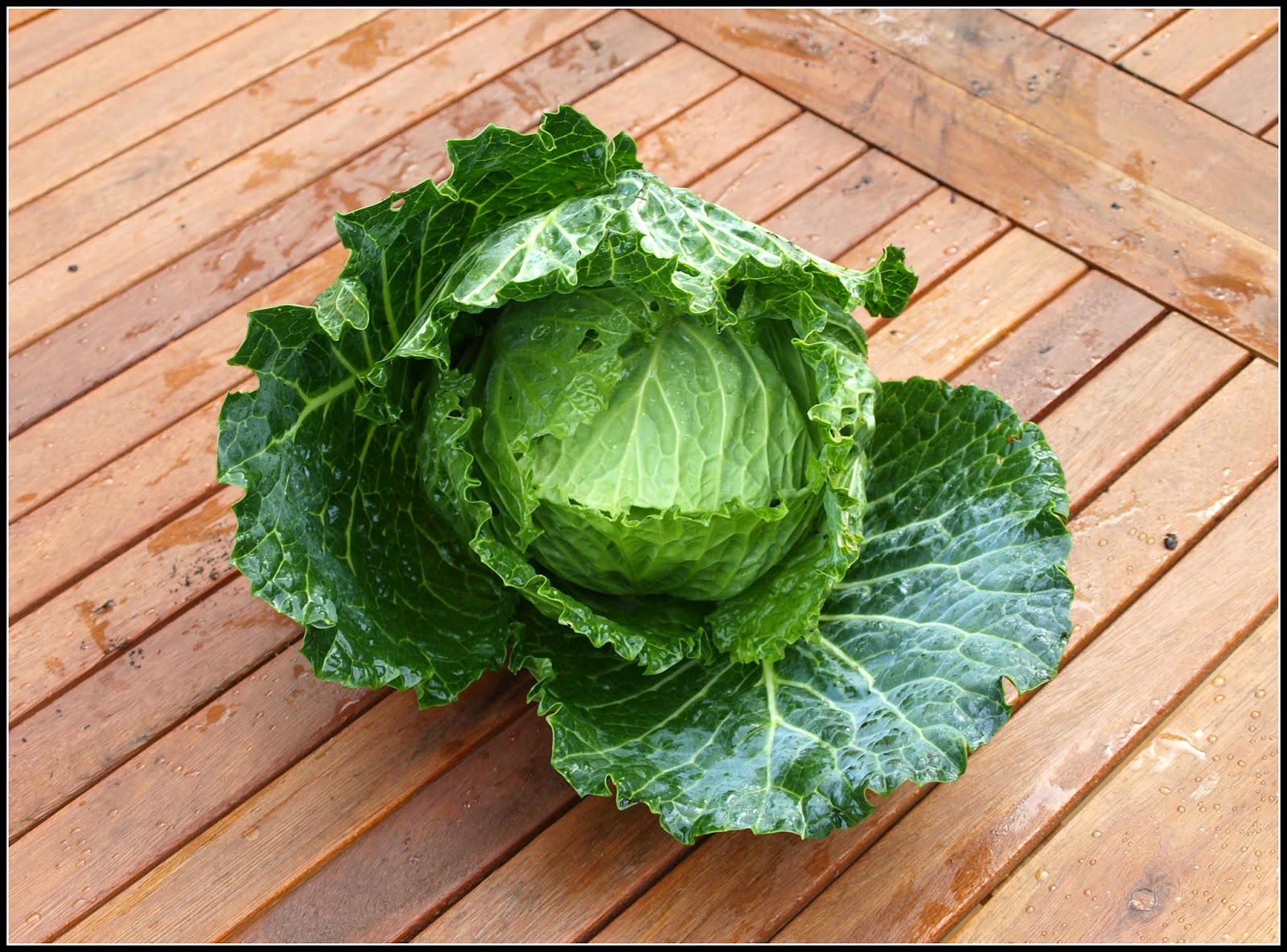 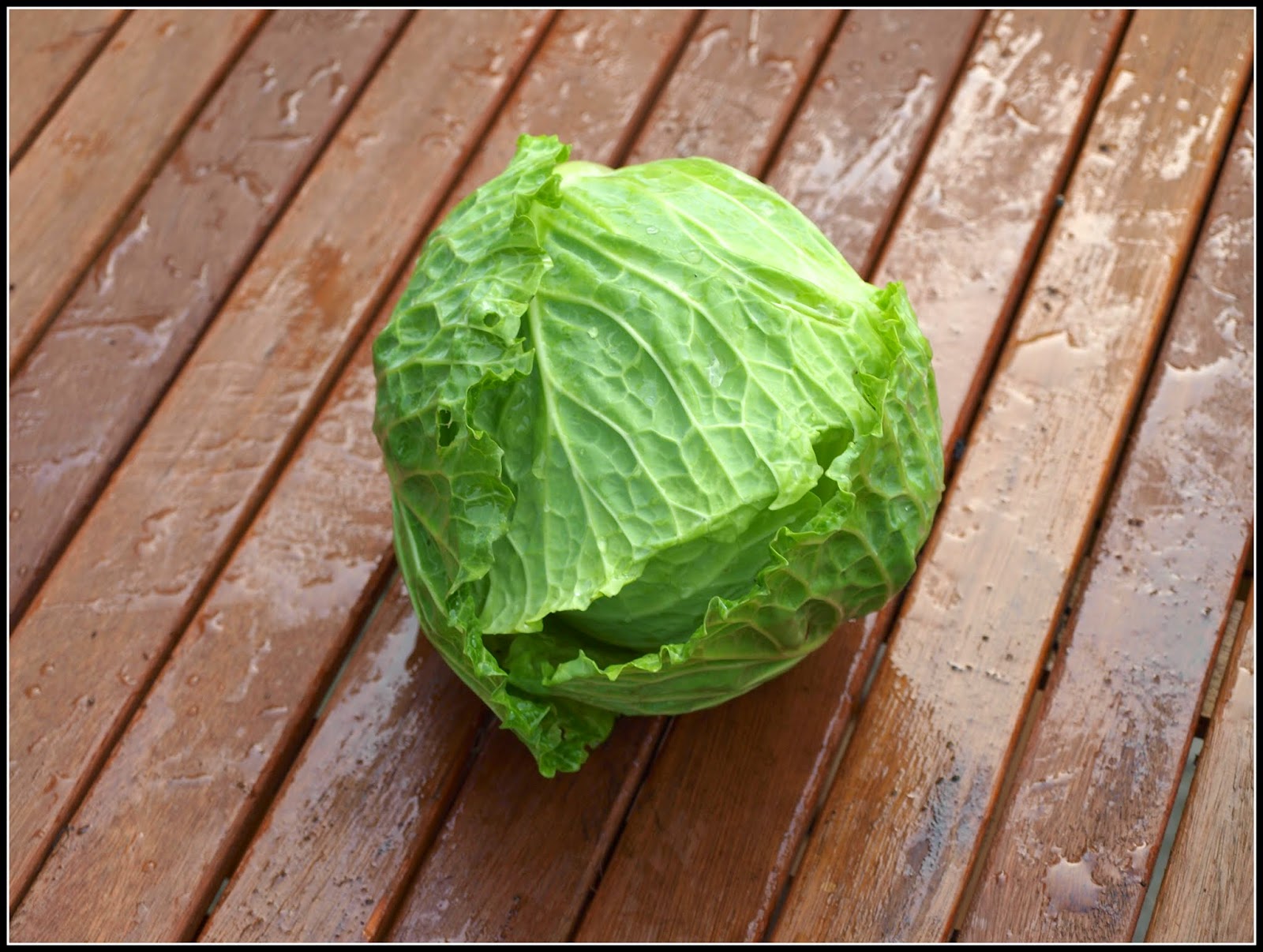 Whereas this Radicchio is an enormous one: 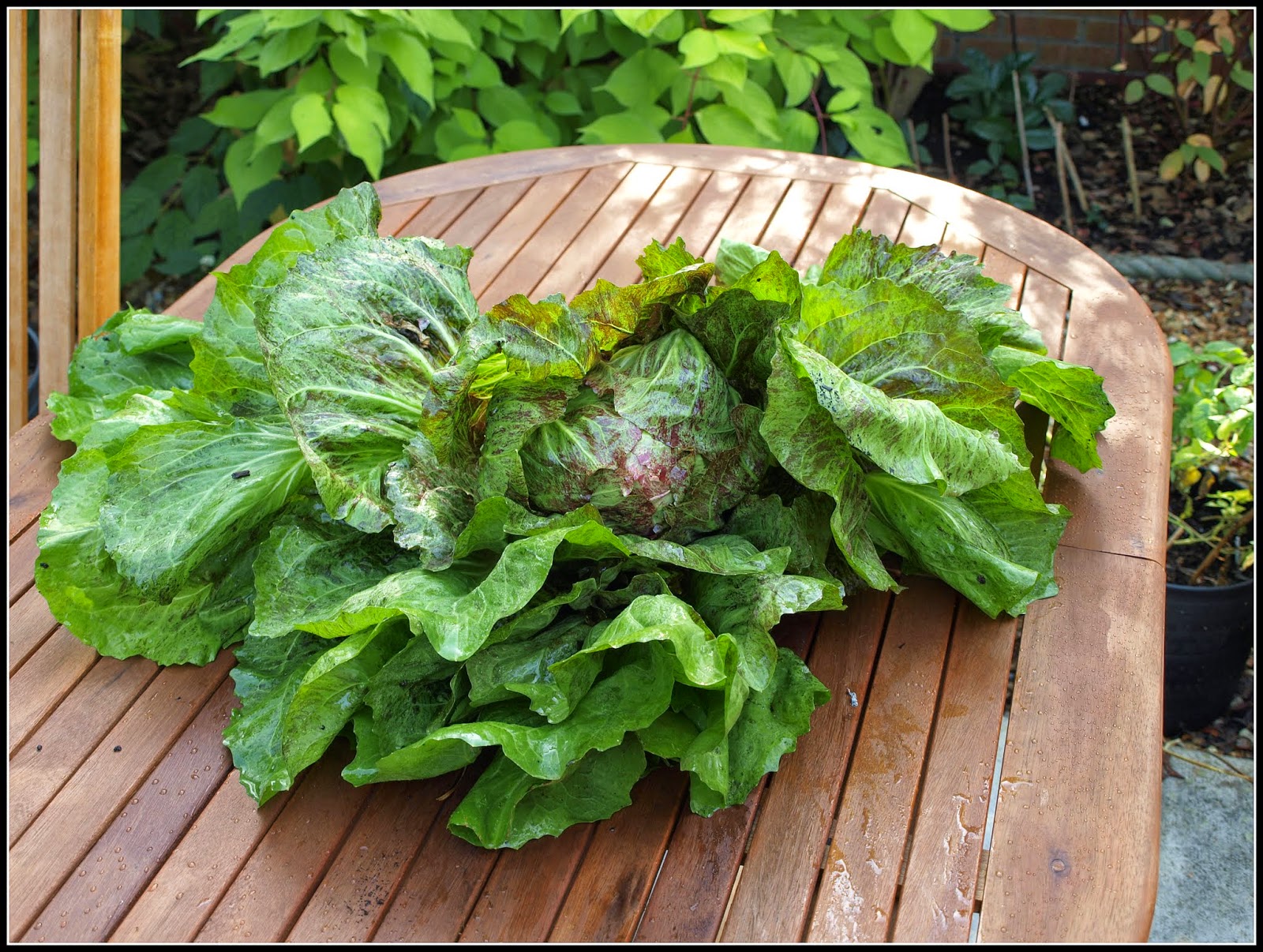 It was so densely packed that it weighed over half a kilo. This will keep us supplied with salad for a fair old while! 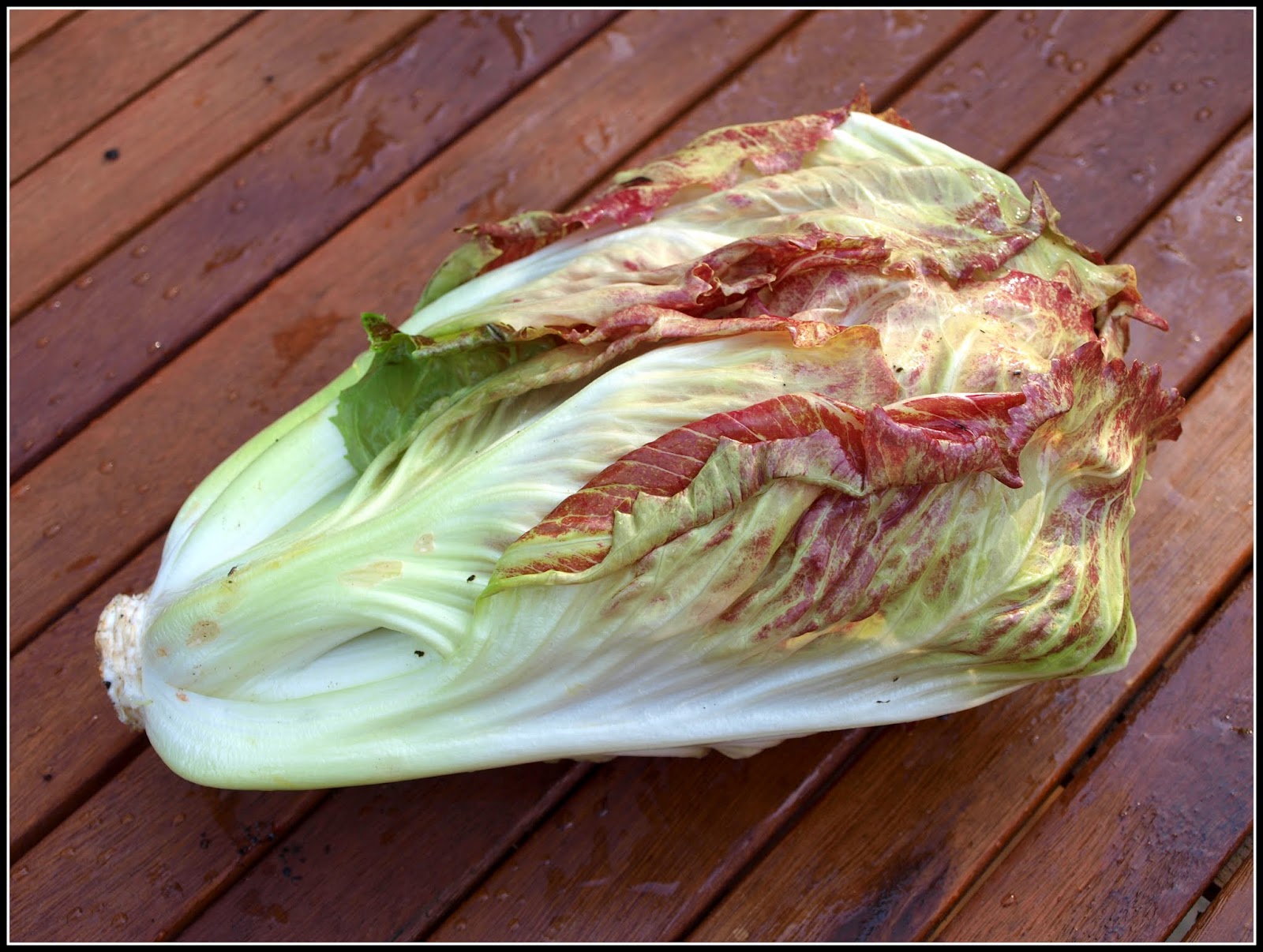 At the weekend I also dug up the last of my pots of  "Pink Fir Apple" potatoes, which yielded 639 grams, a reasonable but unremarkable result. 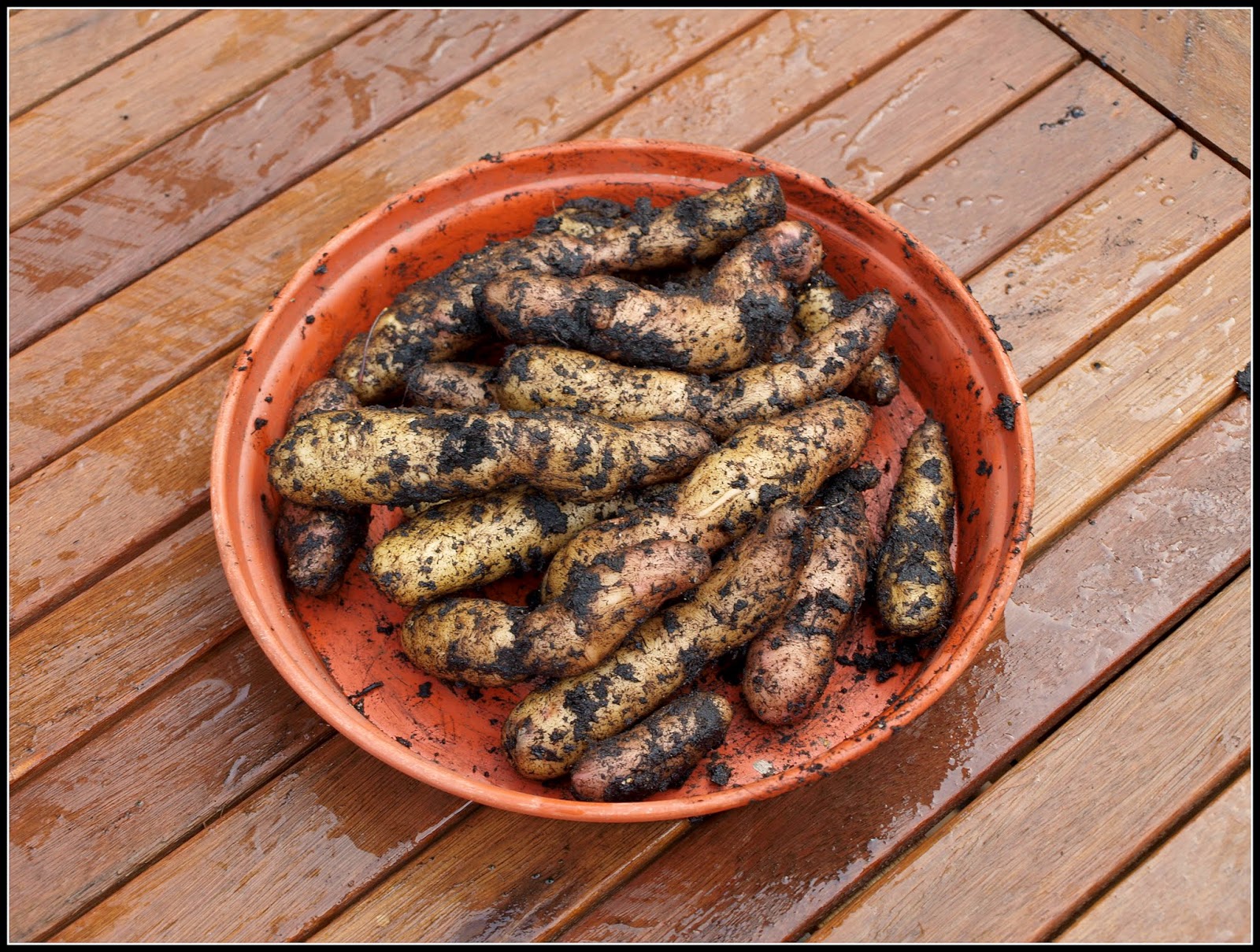 Well, to be completely accurate, I have one more pot to come, but it is the one that holds the plant grown from that tiny little tuber which miraculously survived from LAST year, so I'm not building my hopes up.

Finally for this week, one rather manky cucumber, and the very last handful of "Cobra" French Beans. 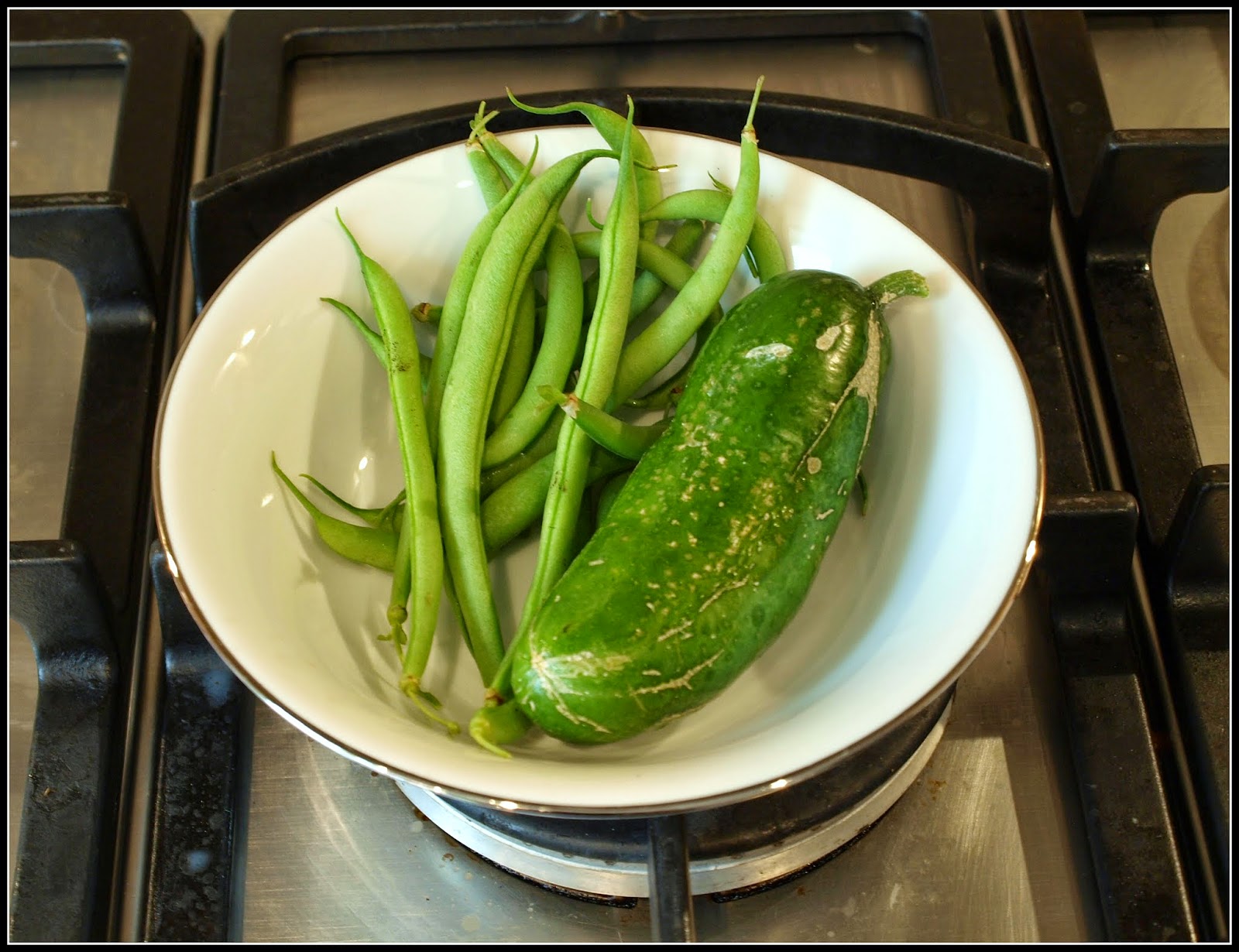 This is my entry for Harvest Monday, hosted as ever on Daphne's Dandelions.
Posted by Mark Willis at 12:00