Now that we have more typical Autumn weather, (i.e. wind and rain) the garden is rapidly beginning to look a mess. For a start, it is filling up with pine needles and seeds blown across from the trees on the other side of the road. These things are very acid, and not what I want in my vegetable patch, so I try to remove as many as possible. 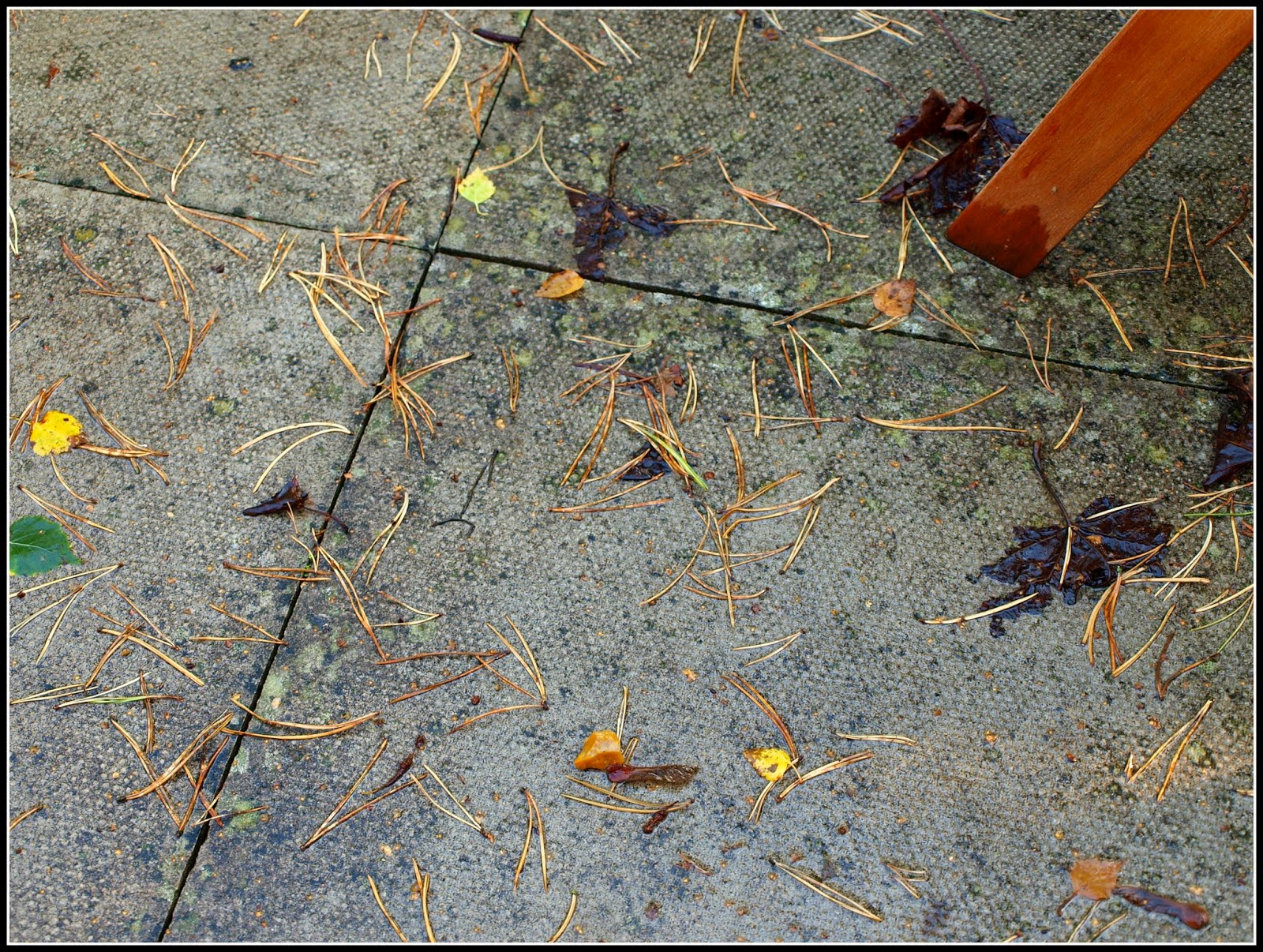 Many of my potted plants are over now, and need to be trimmed back. This Helenium, for instance, has started to produce new growth at the base of its stems, so I think I will chop off most of the tatty top growth. 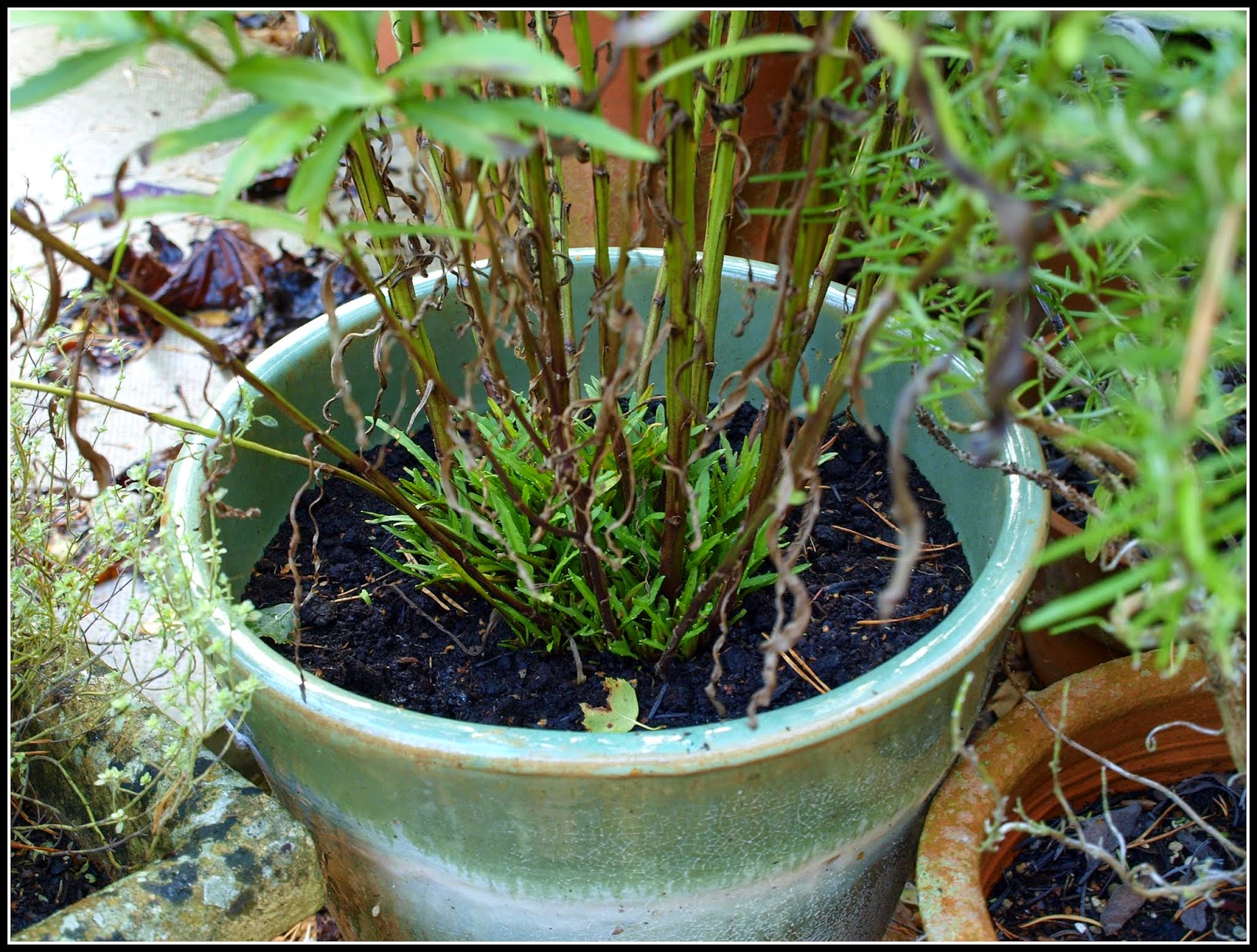 The Echinaceas will get the same treatment. 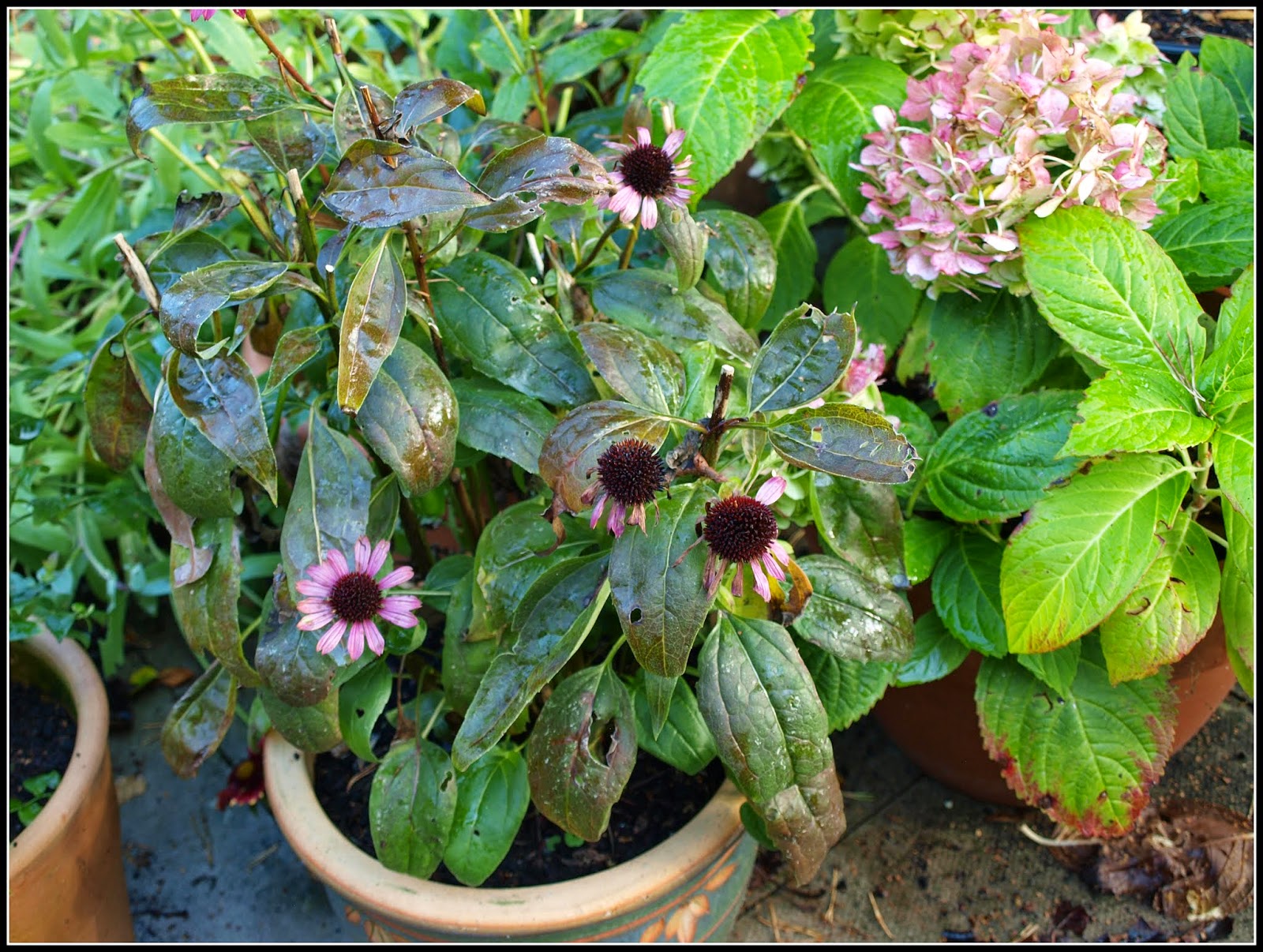 Once they have been cut right back I will at least have the option to put them in the garage if we get a spate of very severe weather. I know that even perennials are vulnerable to frost damage when they are in pots, because their roots do not have as much protection from the elements as they would like.

I have already pruned most of my Blueberry plants. I acquired two new ones this time last year, which have grown well this year and will hopefully produce a crop next year.


This means that I feel justified in pruning some of the older ones quite severely in order to promote new growth. It's always a good idea to have plants at different stages of development rather than having all new ones, or all mature ones.

﻿
I have finally chopped down my cucumber plants, after picking the few remaining fruits. Surprisingly, the plants didn't suffer from mildew at all this year, but the leaves had become so tatty that they were no longer able to perform their energy-creation role. 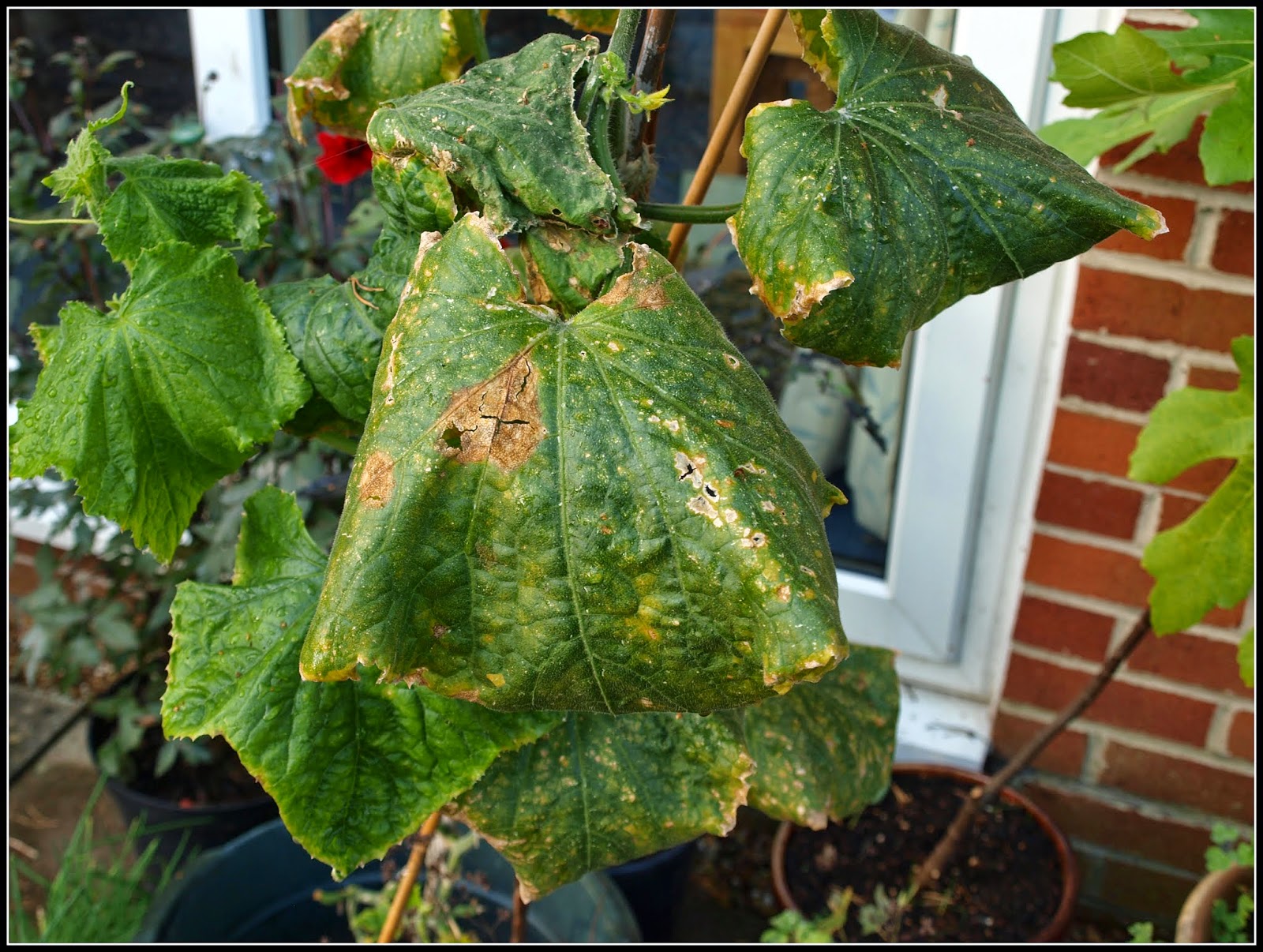 I have been agreeably surprised at how well cucumbers grow in my garden without any protection at all (except when very young). A few years ago I would have said it wasn't worth growing cucumbers unless you had a greenhouse, but modern varieties seem to be much more robust and are likely to produce a good crop in anything but really exceptional weather conditions.

Most of my chillis have been harvested now, and I am beginning to think about which plants to keep and which to discard. I will try to keep a few of them through the winter. This entails giving them a fairly dramatic trim so that they become semi-dormant, and then keeping them on a cool windowsill indoors. I did this last year and the year before and had mixed success. Some died but some survived. The ones that survived went on to produce their fruit much earlier than the ones I started from seed, so this is a good way of extending the harvesting season.

My choice of which plants to keep will be strongly influenced by which ones coped best with the contaminated compost issue. Some of them, like the "Bird's Eye" barely survived, but others, like "Ohnivec" shrugged it off and did well. I'm also going to try keeping my "Red Habanero" one again (it successfully survived last Winter), because I am particularly fond of its fruit. They are really good-looking - and pretty hot too.