I have been growing the variety of Runner Bean called "Scarlet Empire" for several years now, and it has always been pretty good, and sometimes amazingly prolific. This is a photo taken this time last year: 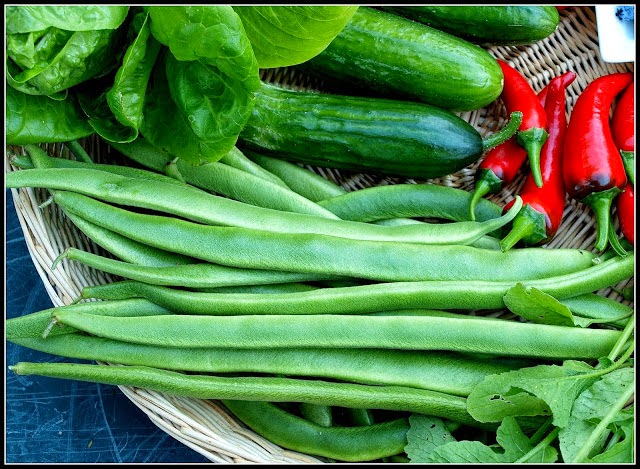 See: long straight, even pods. Now look at these: 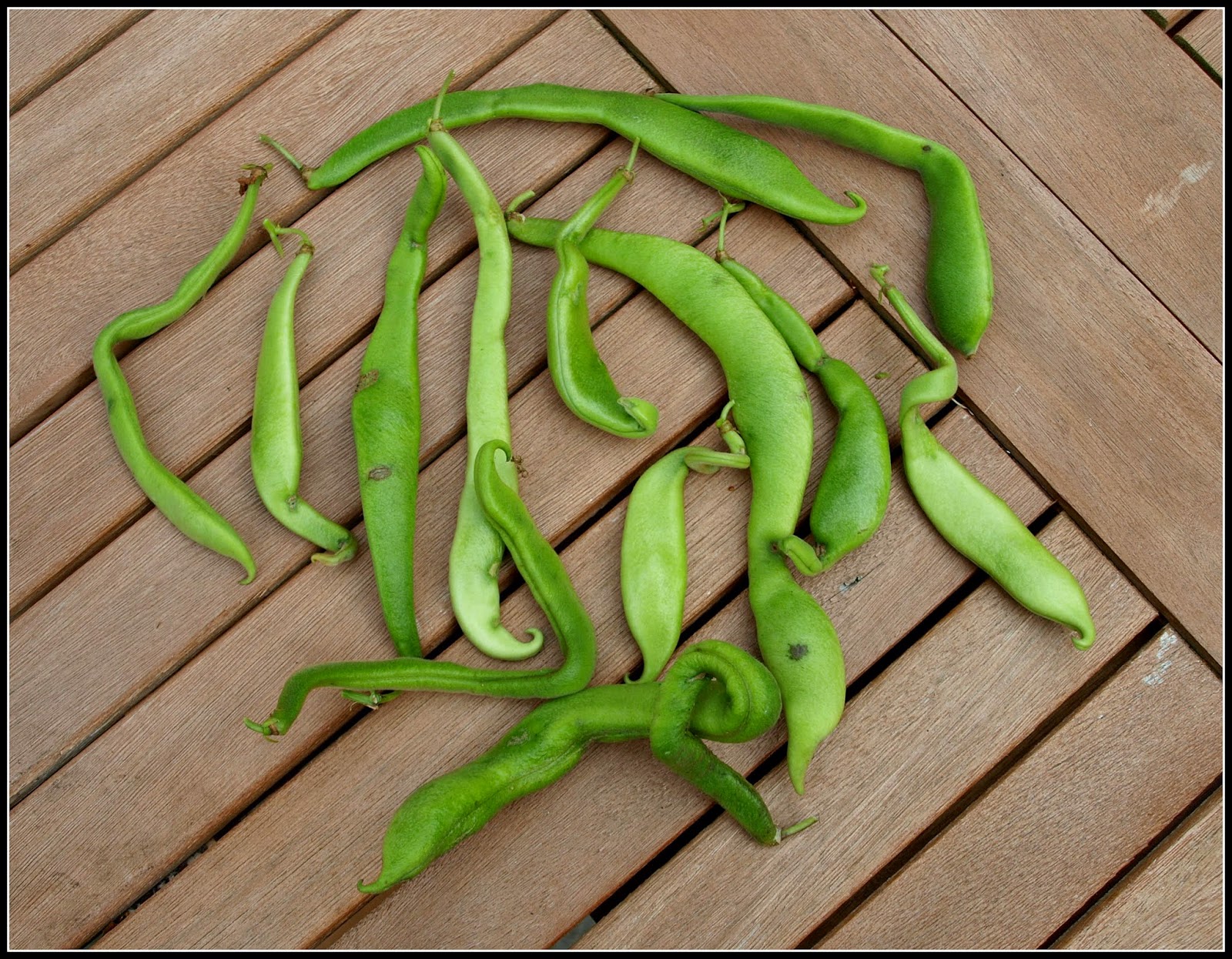 Horrible, aren't they? Now, not all my beans have been like that - far from it - and every year you always get one or two funnies, but this year the ratio has been very different. I won't bore you again with the details of the compost contamination that afflicted my garden this year, but I feel certain that what we are looking at here is caused by the same issue. 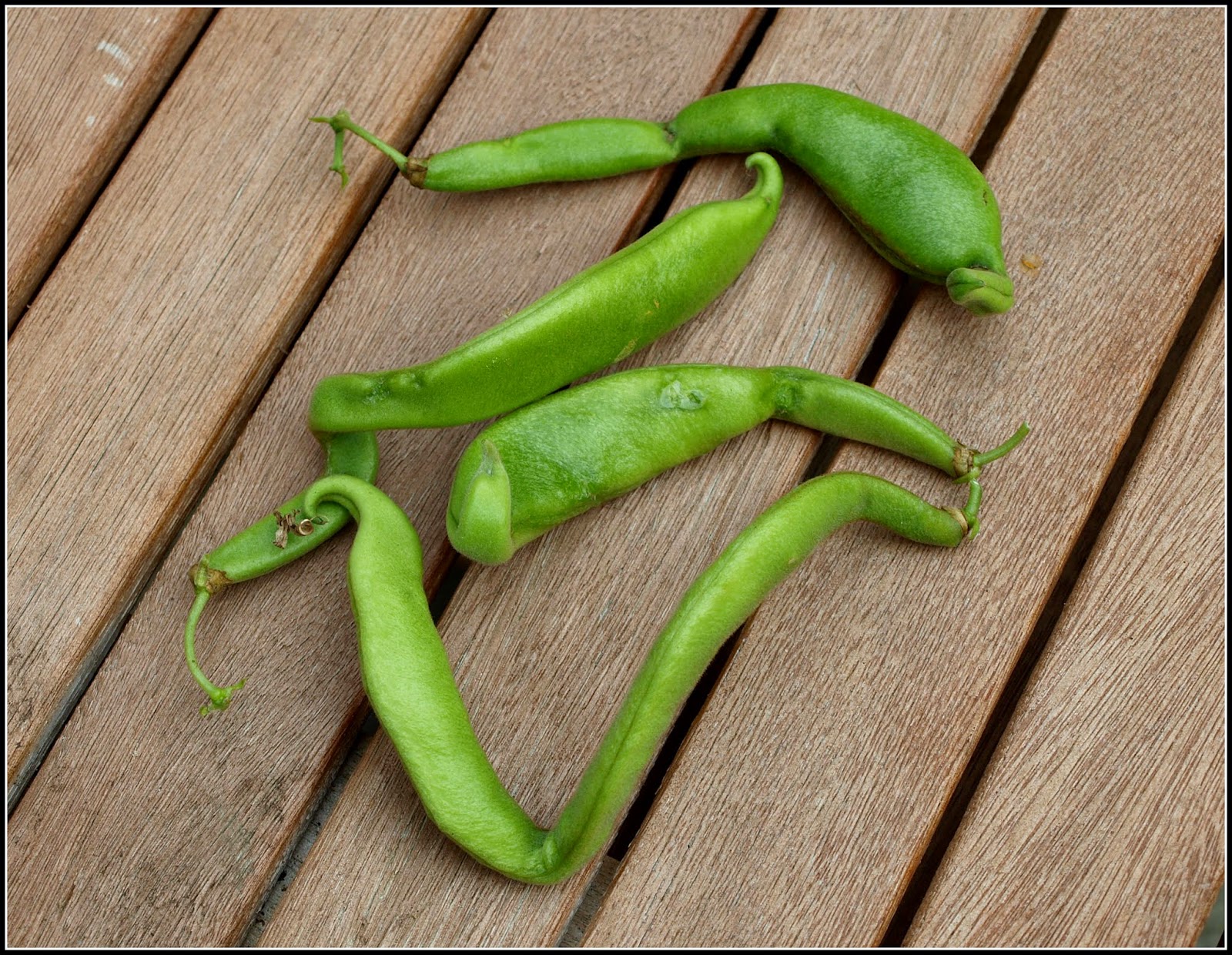 Instead of just one or two weird ones, I have had a lot like this. Many of them are short, fat and contorted into strange shapes, and they have flesh that is dense and tough and nothing like the normal tender flesh of a young Runner. 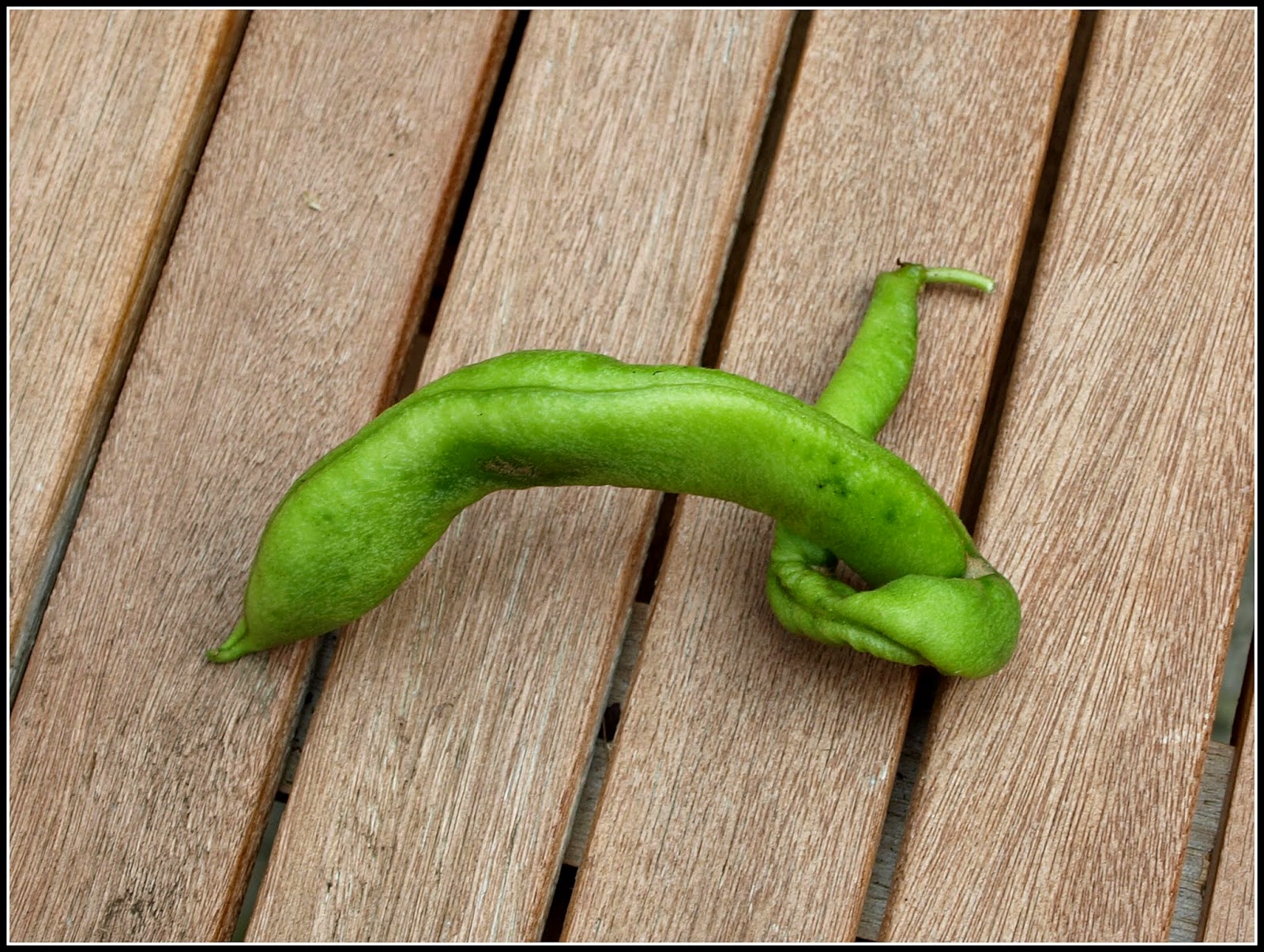 Ones like this are of no use in the kitchen, and they just have to go in the compost bin. I have still kept picking them though, because if you leave bean pods to mature their parent plant stops producing new pods. However, I certainly won't be saving any seeds from this year's crop!

Looking on the bright side though, two things occur to me: first, we haven't had to cope with a glut of beans. Second, there's always next year! A gardener HAS to be optimistic, and the odd setback is to be expected, but things may be completely different next time round. I hope so.

Today I took down my Runner Bean plants and their supporting poles, a job I like to do before the Autumn gales come along.

The cycle will begin again next year...
Posted by Mark Willis at 12:00