Last weekend I took down my Runner Beans and their support system. This was a task well-timed, because the following day we had our first real taste of Autumn, with heavy rain and strong winds. I'm glad that job is out of the way! Winter is not too far away now, so this is the time to make sure that your garden is ready for it.

As you know, I had been toying with the idea of removing the nets from my brassicas, since I haven't seen any butterflies for a while. Well, close inspection revealed that this task had become very necessary. The Purple Sprouting Broccoli and Brussels Sprouts have grown huge, and were pressing up against the tops of their nets.

So, I have taken the nets off. You could almost hear a sigh of relief as the plants stretched out! 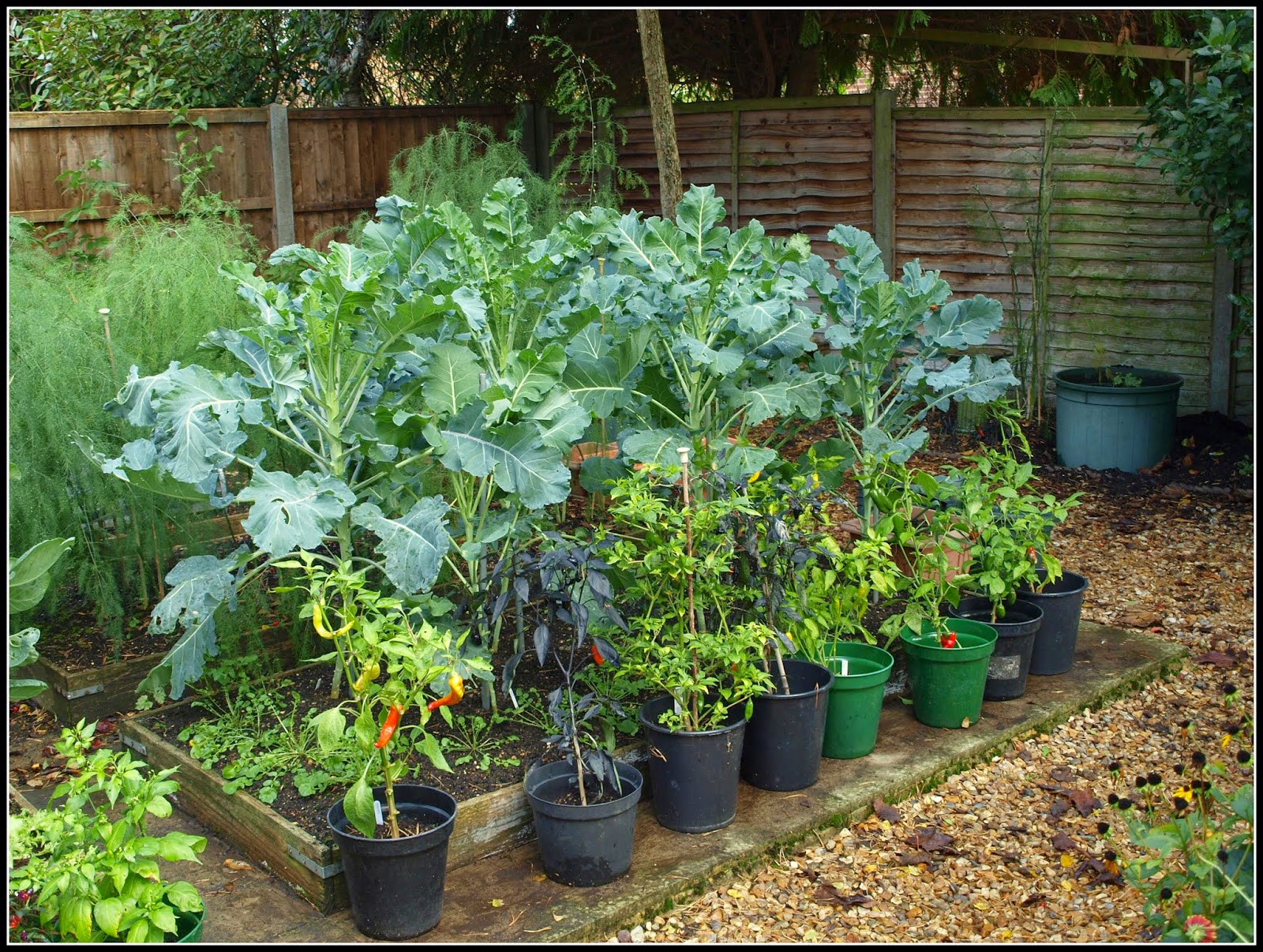 This has allowed me to tie the plants more securely to their stakes, so that they don't get blown over by any gales of wind we might have. I use soft string for this task, and several turns of it, to ensure the plant is firmly secured. A single turn of string might easily snap, and it also might cut into the plant if put under pressure. 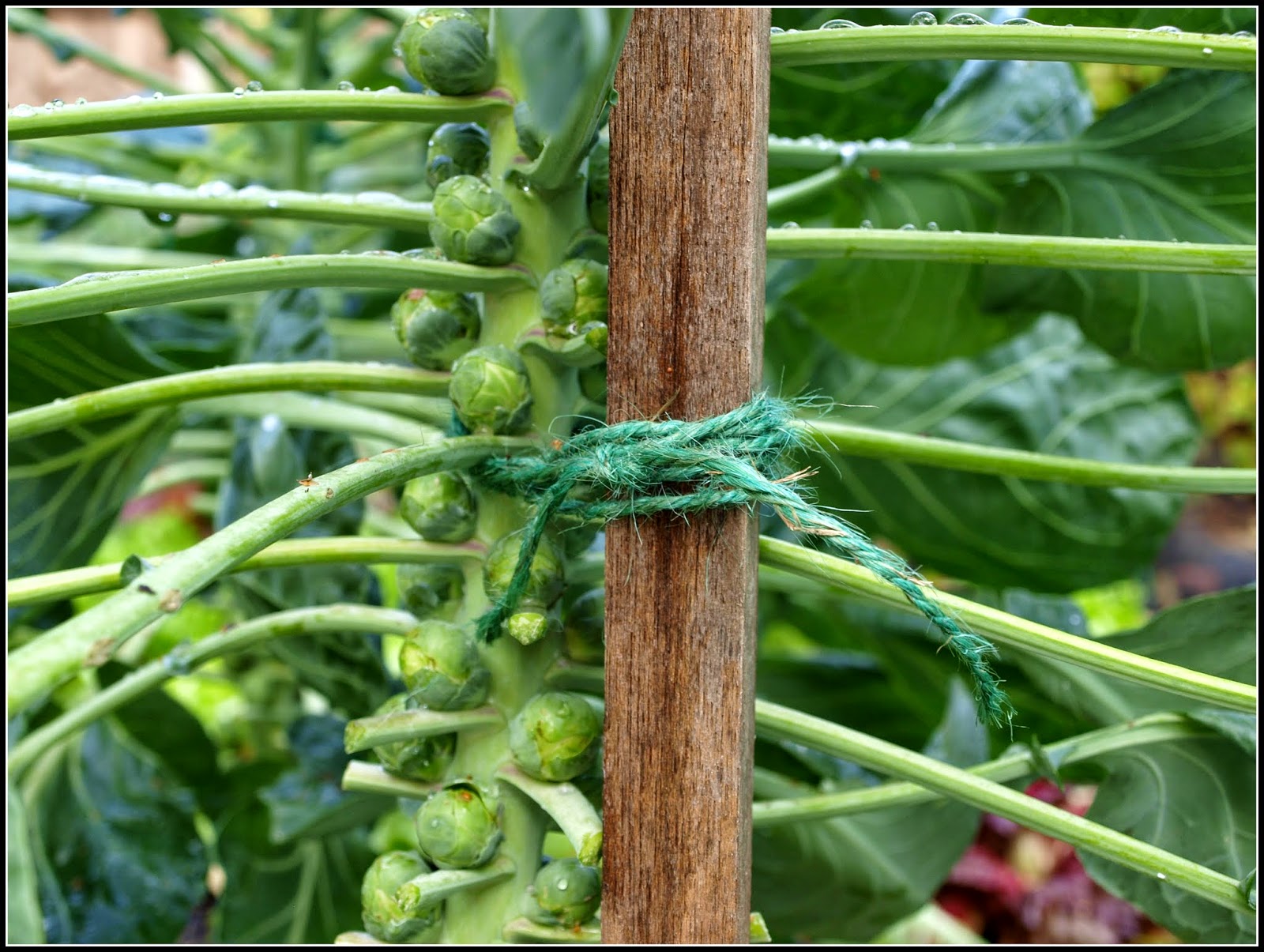 I have also removed more of the lower leaves of the Brussels Sprouts to improve air circulation (which will in turn reduce the risk of fungal disease), and to persuade the plants to put more energy into sprouts than into foliage. 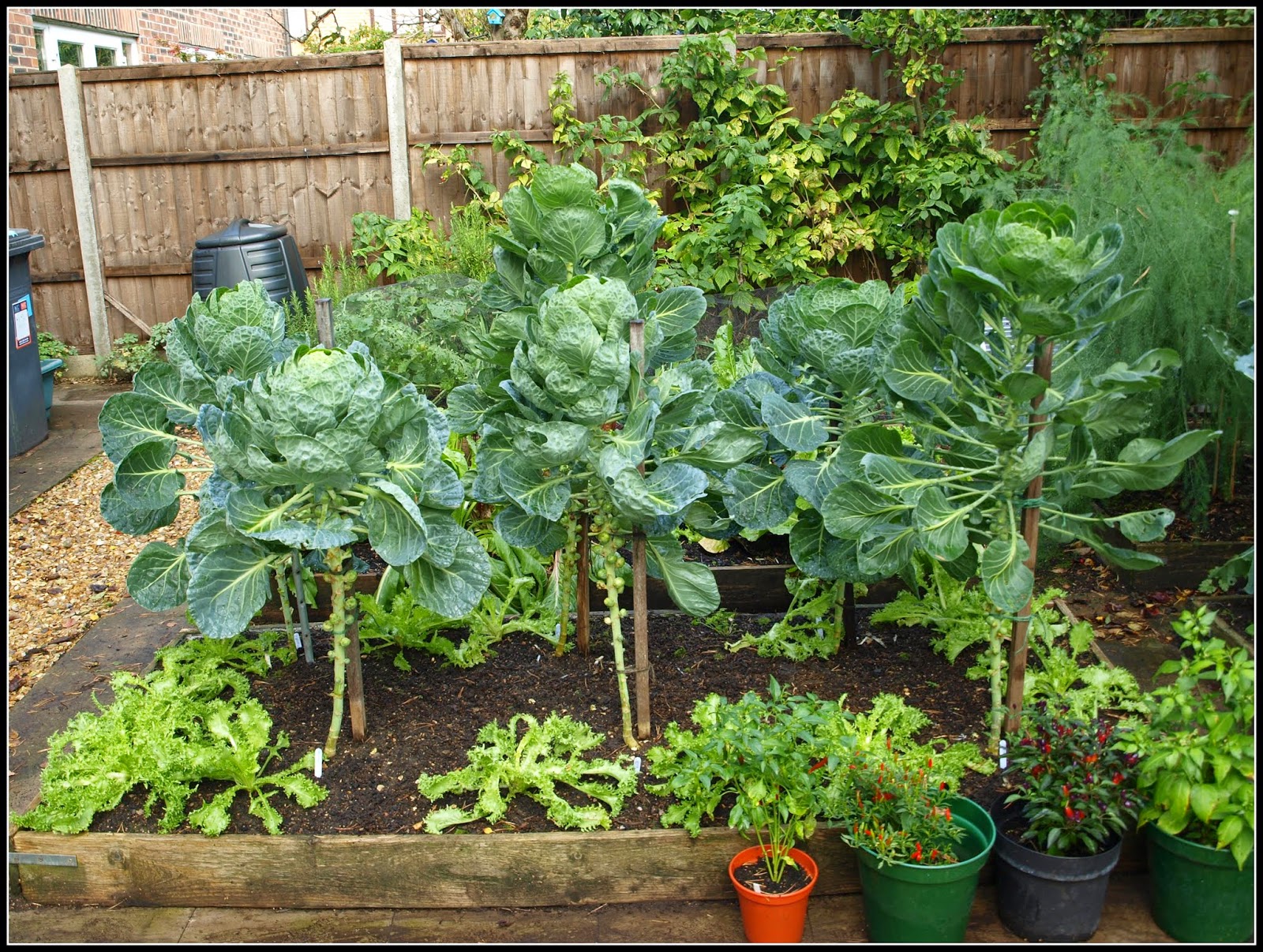 The sprouts are looking good, although mostly they are still fairly small. I must admit that we have already eaten a few, even though I'm sure they would have grown bigger. The little ones are really sweet. (In terms of their taste, I mean, not their cuteness). 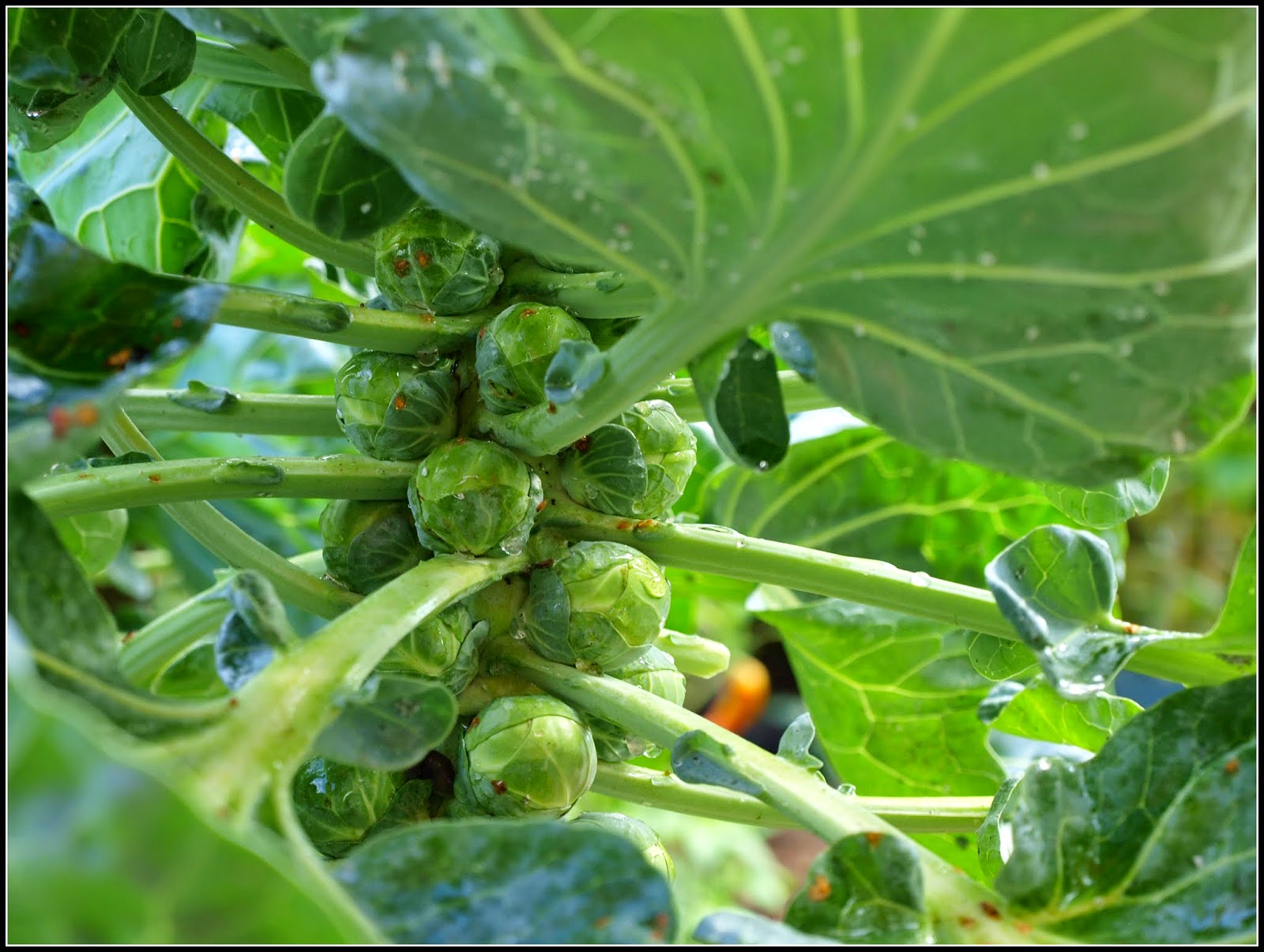 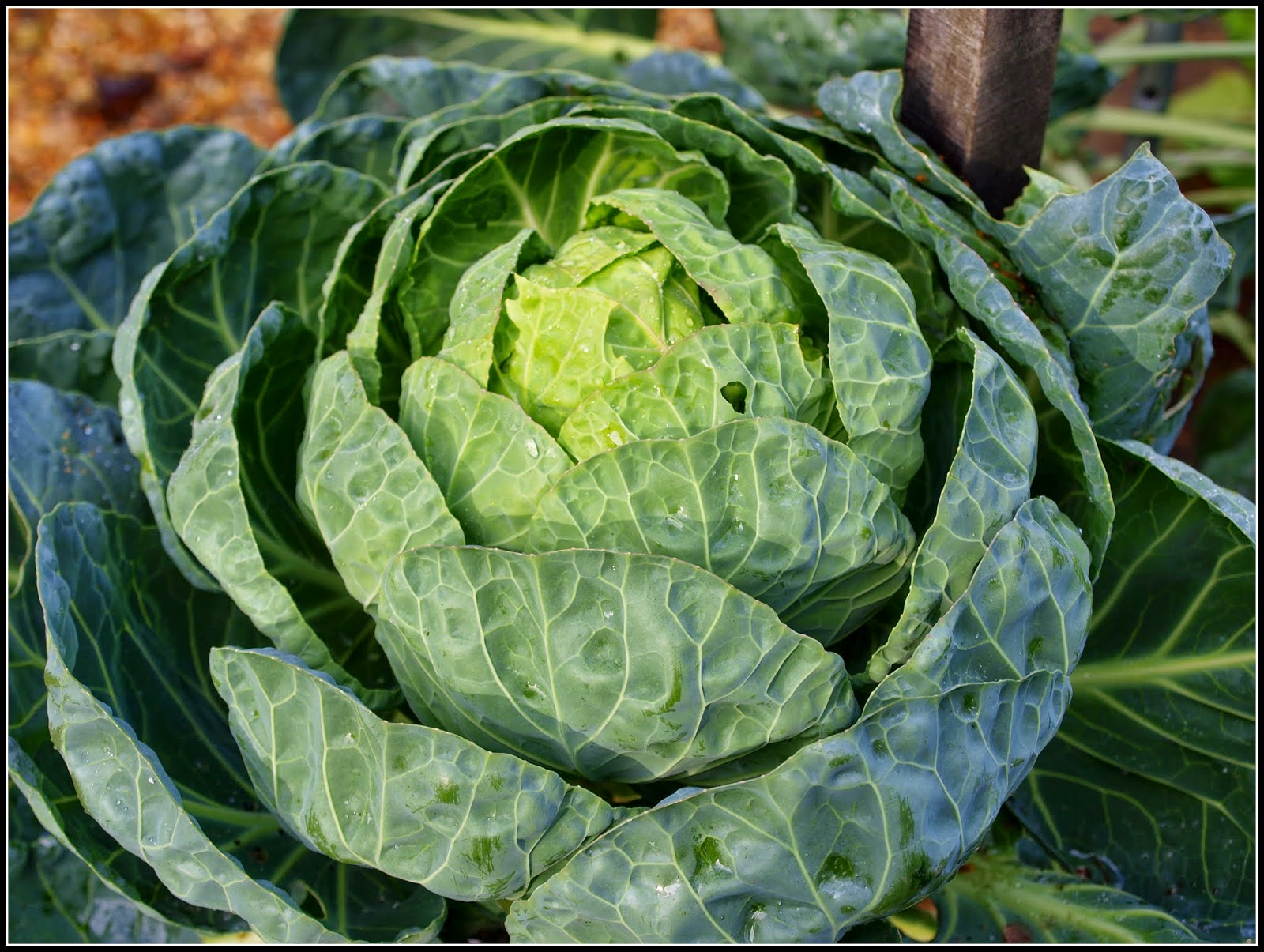 This next photo makes it look as if I have masses of brassicas. In fact I have six Brussels Sprout plants and six of Purple Sprouting Broccoli. 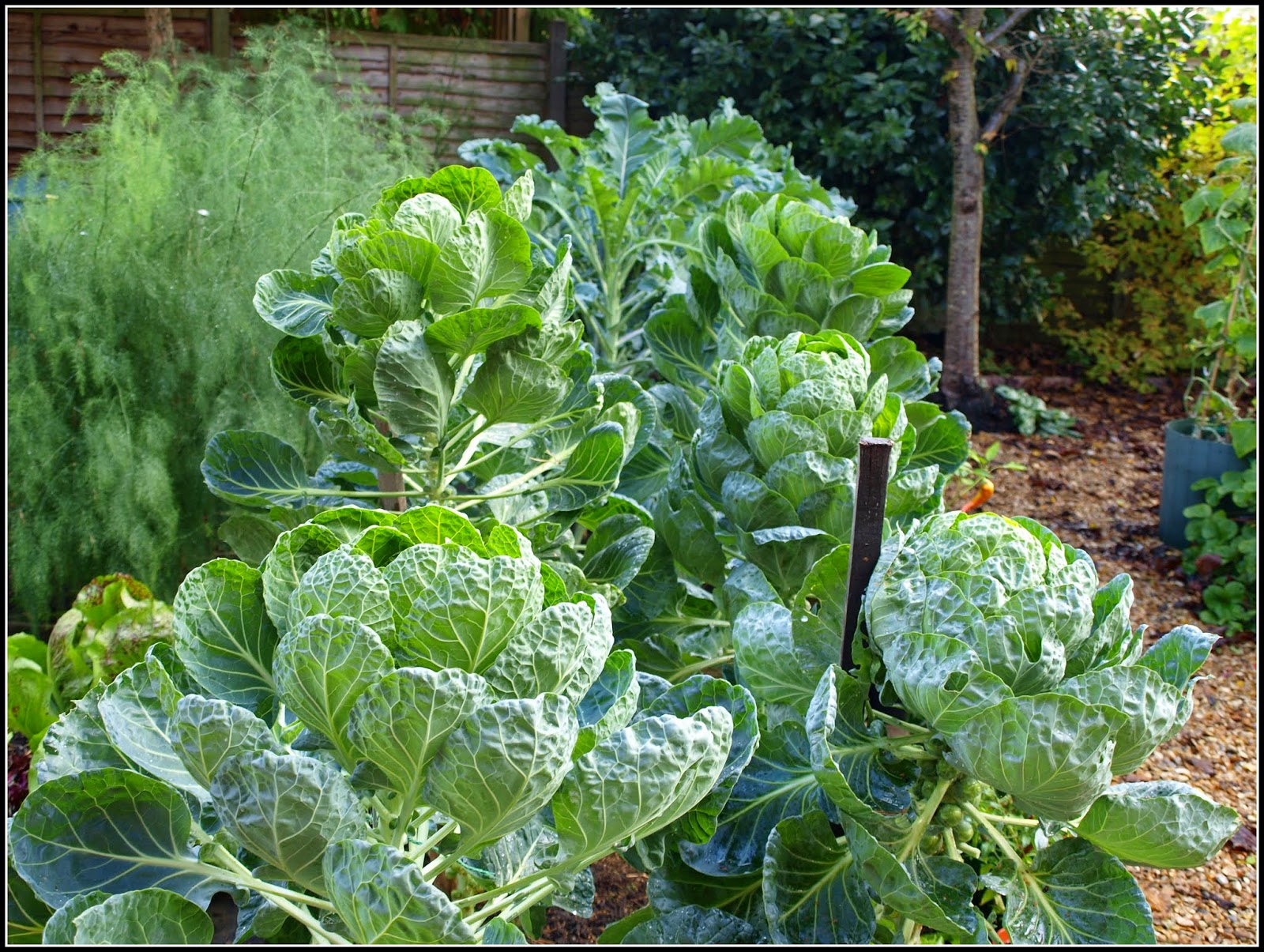 By the way, the Asparagus fern in the next bed is still showing no sign of turning yellow. Well, perhaps a slight tinge, if you look very closely. 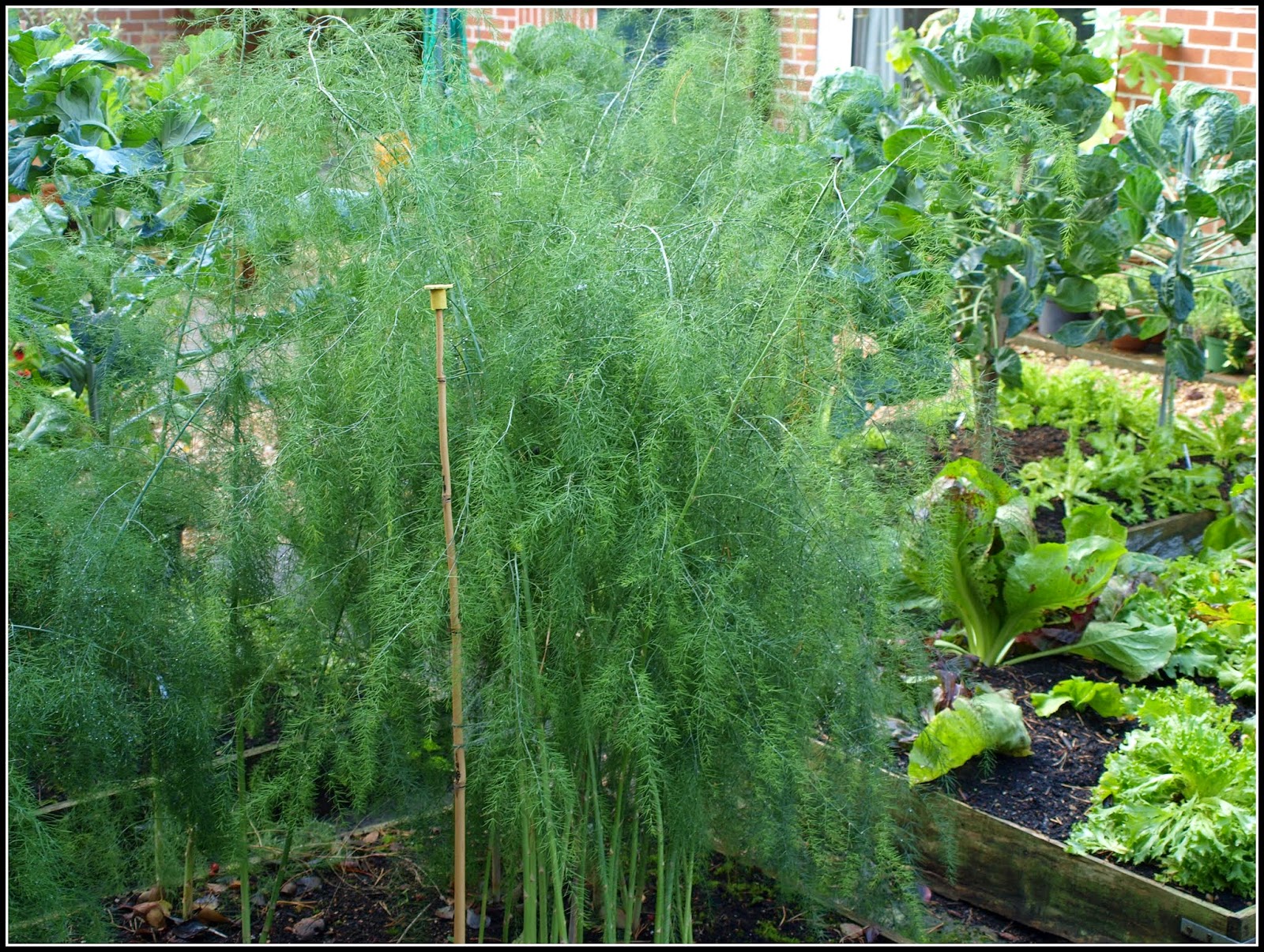 I'll soon have to make a decision about cutting it down anyway. If I leave it, it will inevitably be blown about by the wind, which may rock the plants too much and disturb the roots. In theory though I should leave the fern alone until it turns yellow and begins to die back. Until this happens the fern is serving a useful purpose - gathering solar energy to build up the plant's strength for next year. Maybe I'll leave it another week or so...
Posted by Mark Willis at 12:00