In amongst the Beetroot seeds I sowed this year a couple of "gatecrashers" (aka volunteers) came up.


They are Perpetual Spinach, sometimes called Spinach Beet. They are very closely related to the Beetroot, and their seeds look very similar, so maybe they got mixed up during the seed-packaging process.

The main difference is that Perpetual Spinach does not produce the bulbous swollen root that Beetroot produces, and it has plain green leaves rather than ones deeply veined with red. These leaves are used like normal spinach, namely eaten raw in salads when young, or cooked when older.


The stems are also edible - a bit like those of Swiss Chard, another close relative - but definitely need cooking because they are a bit too tough to eat raw.


I haven't harvested any leaves from the volunteers, mainly because Jane doesn't really like spinach in any guise, so I would most likely be eating it on my own. In any case there isn't yet much of it (3 plants), so I'm planning to leave it to grow. It will die back over the Winter, but hopefully it will start up again in the Spring. It will probably give me a few green leaves very early in the season, before any of the freshly-sown plants are available. If I use the tiniest leaves (like the one shown below) in a salad, even Jane might tolerate them! Failing that, I shall use some to make Eggs Florentine, a favourite lunchtime snack for me. 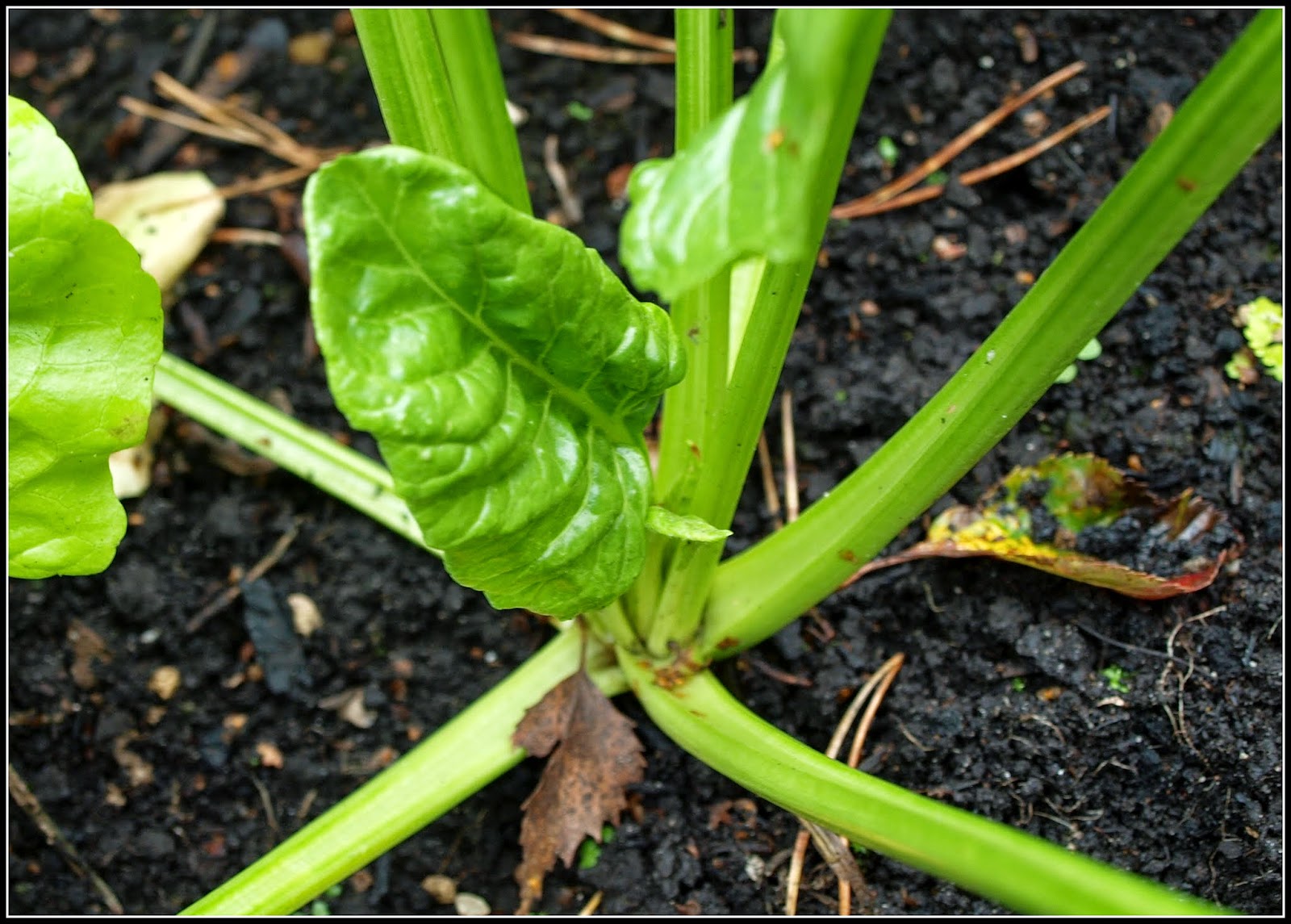 Perpetual Spinach is easy to grow. It tolerates most types of soil (though it prefers it moist), and it bolts less readily than "normal" Spinach. In my opinion it's a good plant to tuck into an odd corner of the garden somewhere as a standby, but perhaps not one to grow in any great quantity. As its name implies, it also lasts longer than the very short-lived normal Spinach. I think it is technically a Biennial (in other words, it runs to seed in its second year), but I have in the past had plants that were effectively perennial - and it certainly self-seeds profusely. It is one of those plants that responds well to regular picking. If you pick frequently, it will produce more leaves. Removing the woody flower-stalks as they appear also prolongs its productive life. 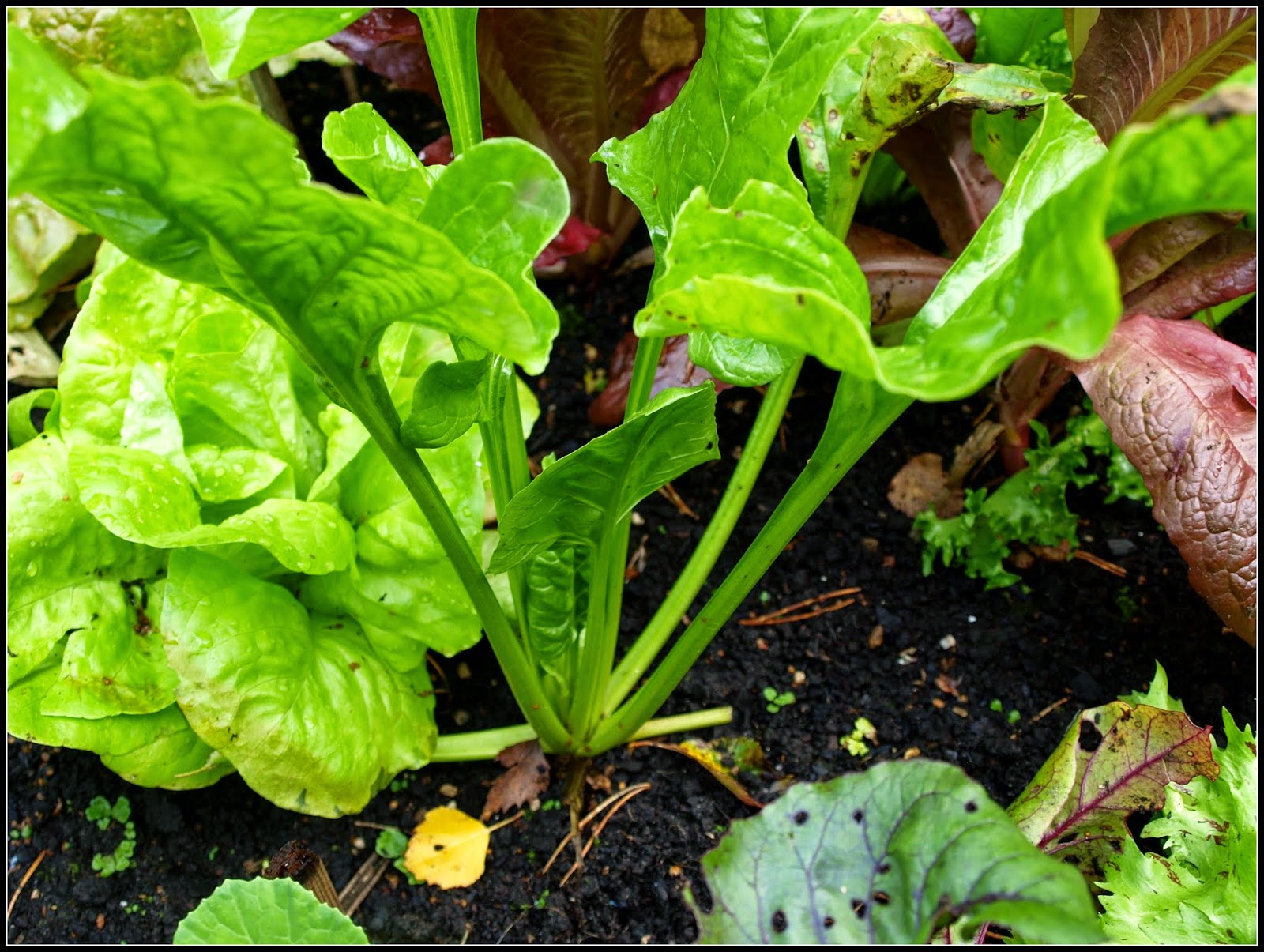