A couple of days ago I was trimming back some of my ferns, getting rid of some of the shrivelled fronds, which revealed a big clump of Earthstar fungi: 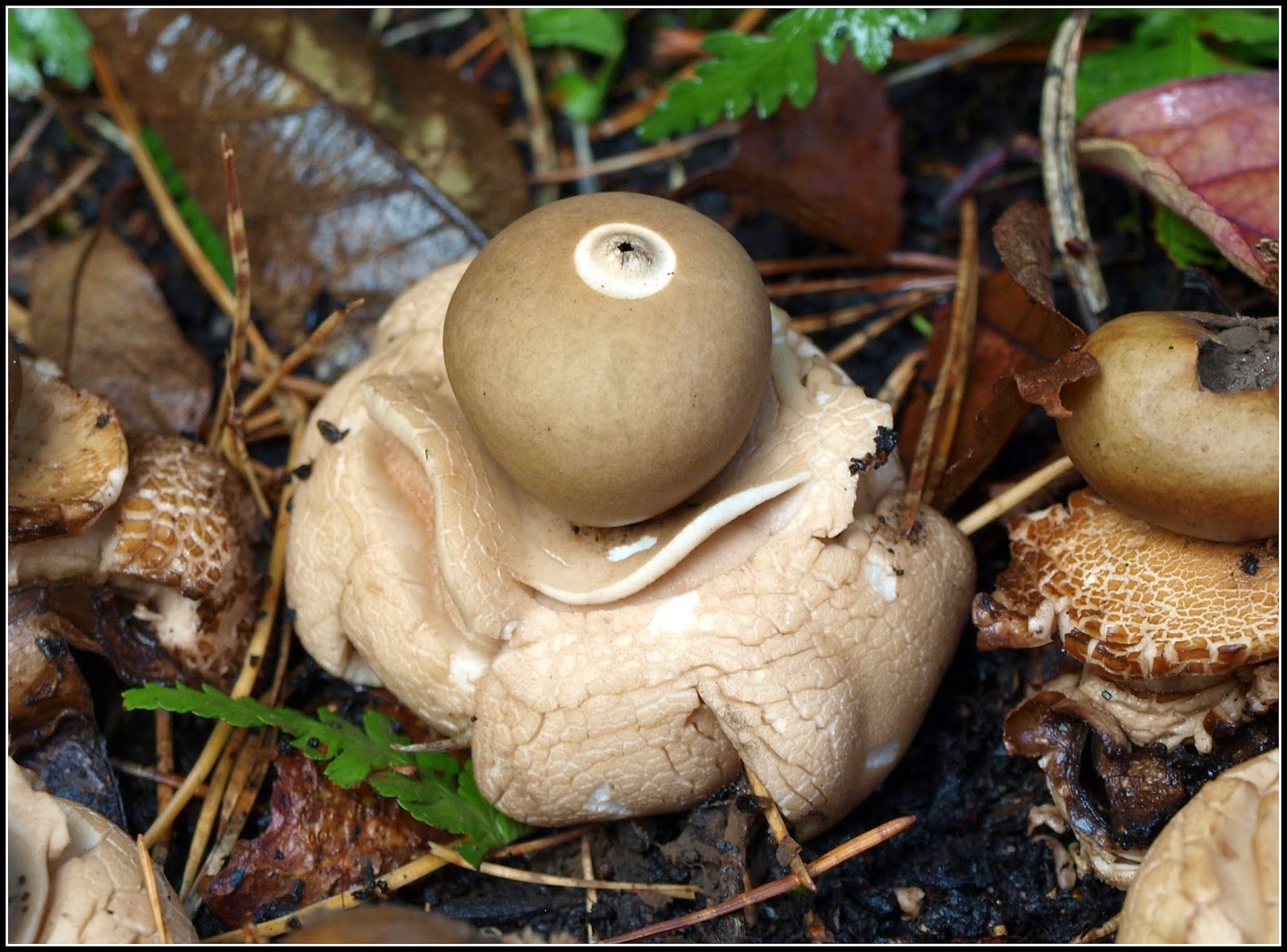 I knew I had some of these in my garden, but I have never seen as many as this simultaneously. 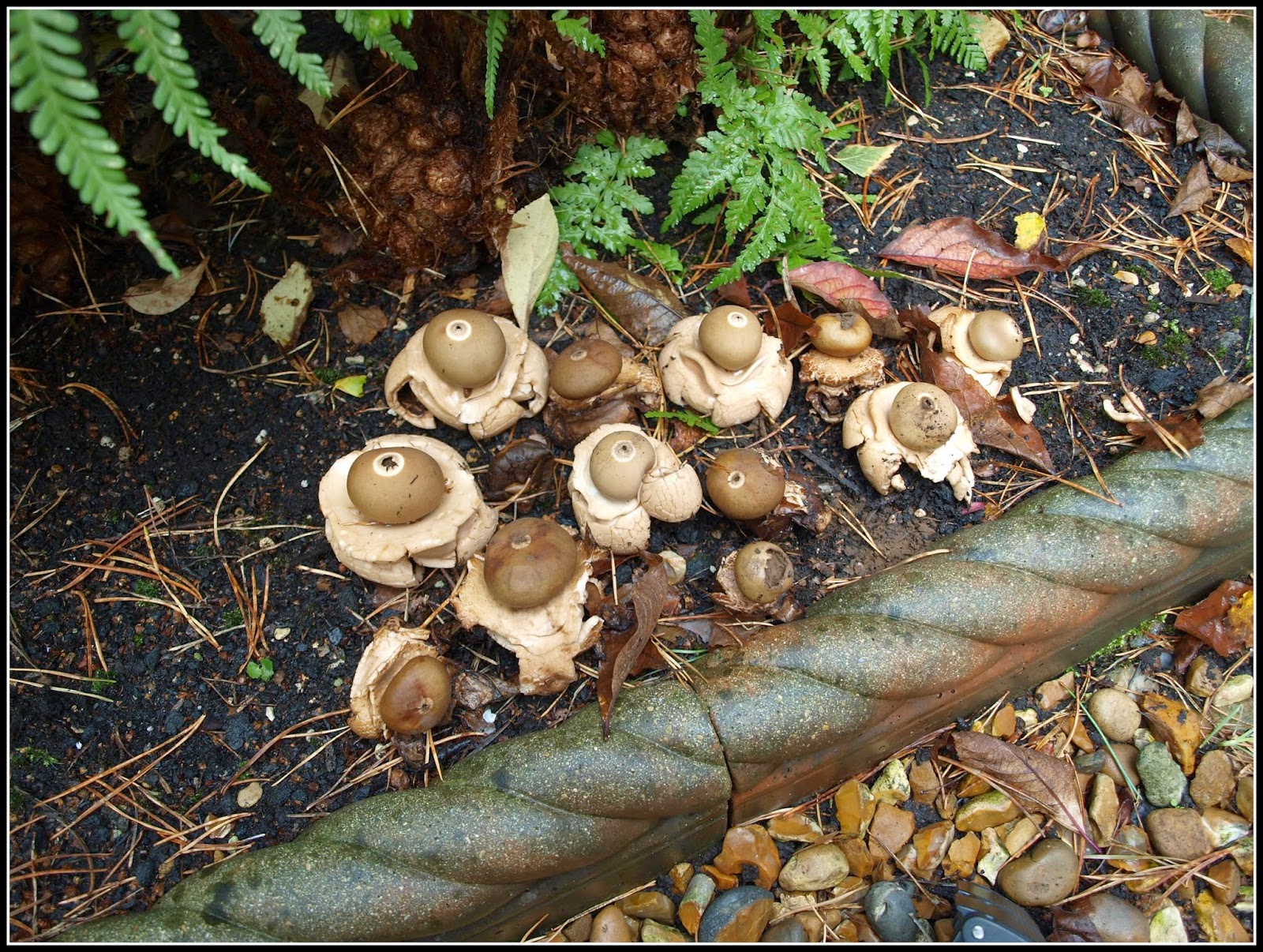 Searching on the internet for more information about these fungi, I see that there are two very similar-looking types; the (True) Earthstar genus, Geastrum and the False Earthstar genus Astraeus hygrometricus. I'm not an expert on fungi, but I suspect mine are the Astraeus type. They certainly have the distinctive cracking on the leathery rays of the outer layer. 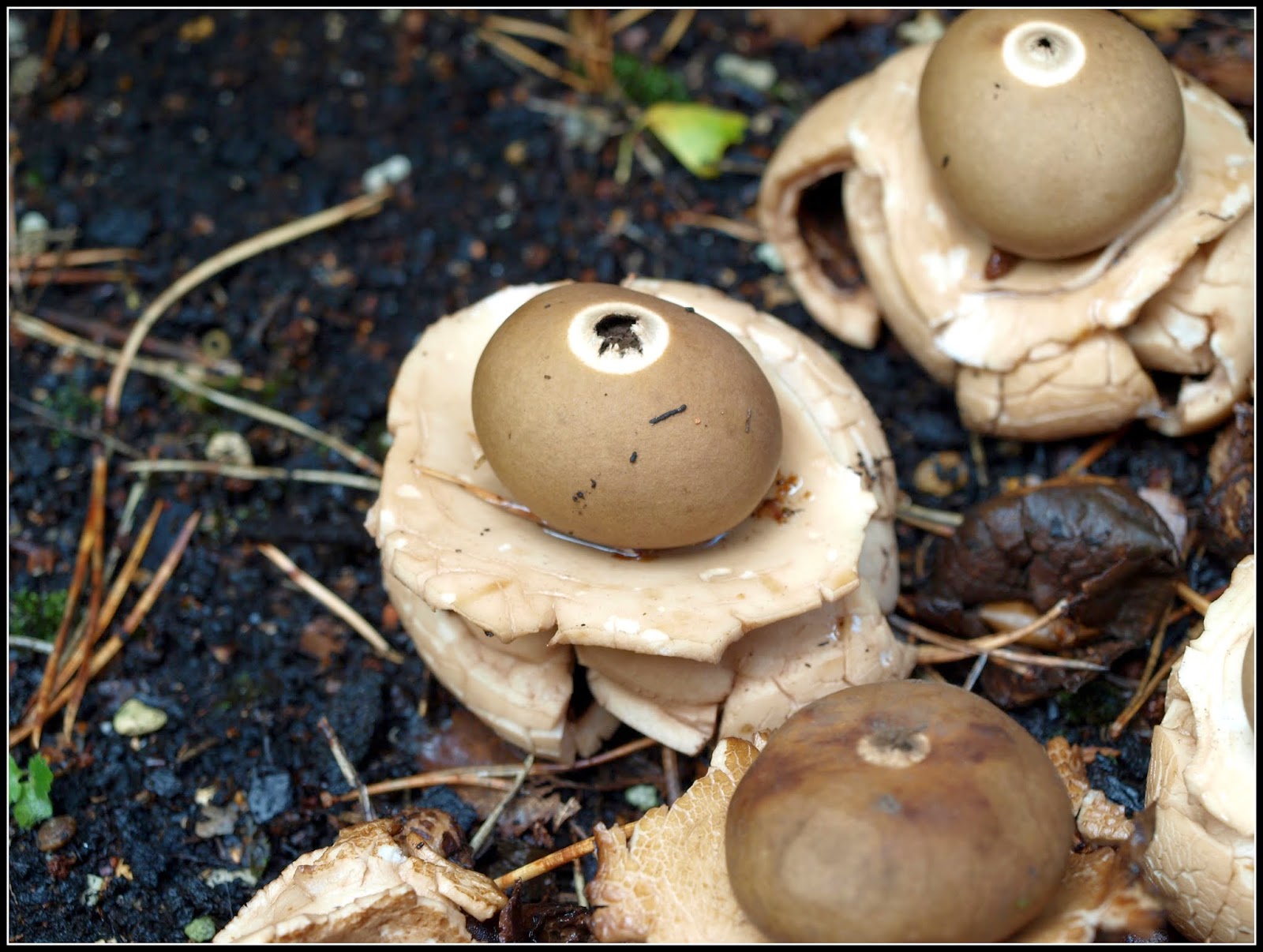 The spherical spore-sacs start off a pale beige colour, and gradually mature to a dark brown. Spores are ejected from the sac as a result of external pressure, e.g. being touched by an animal, or by raindrops falling on them. They come out in a cloud like smoke. (Look closely at the nearest one in the photo below...) 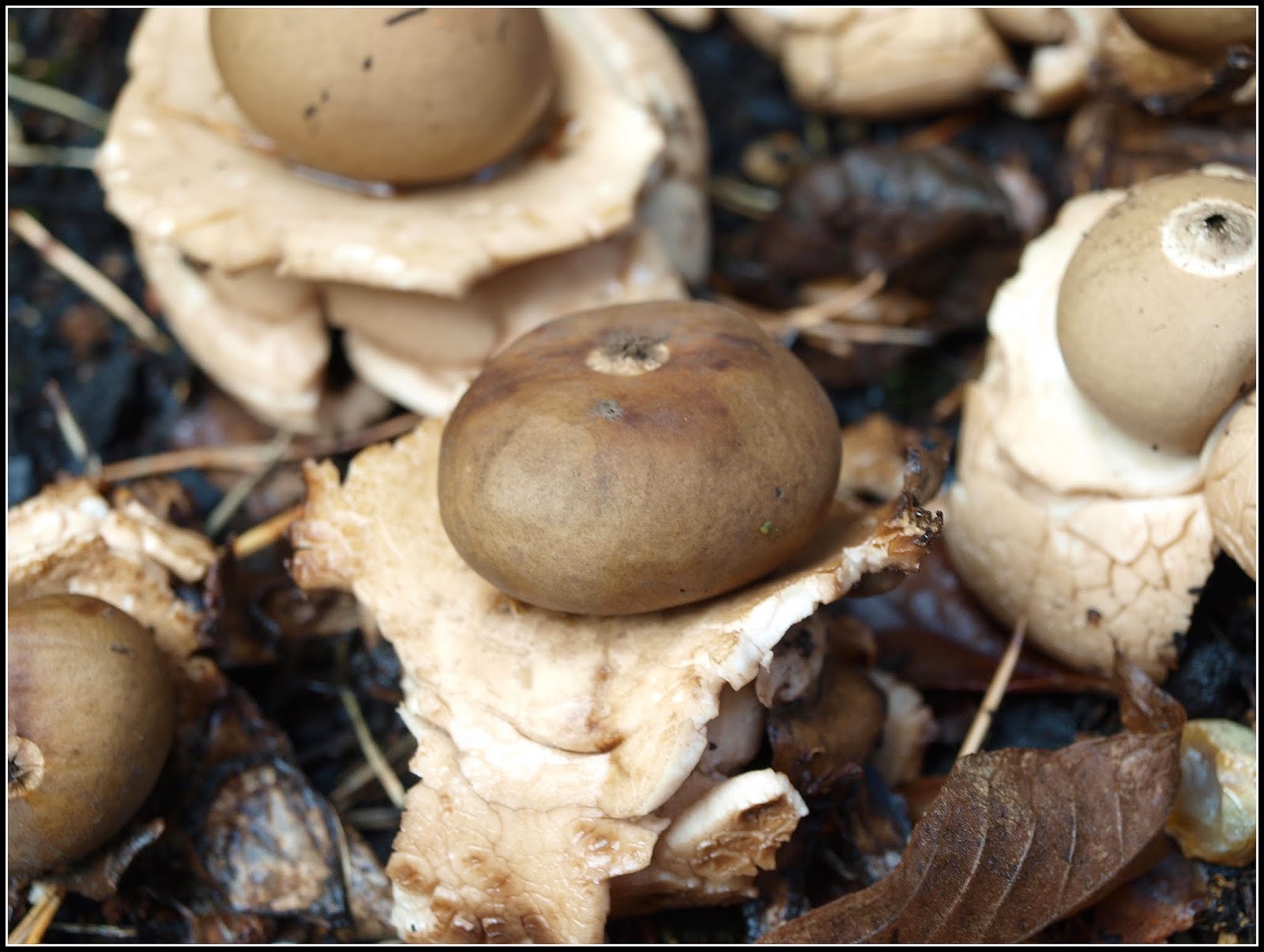 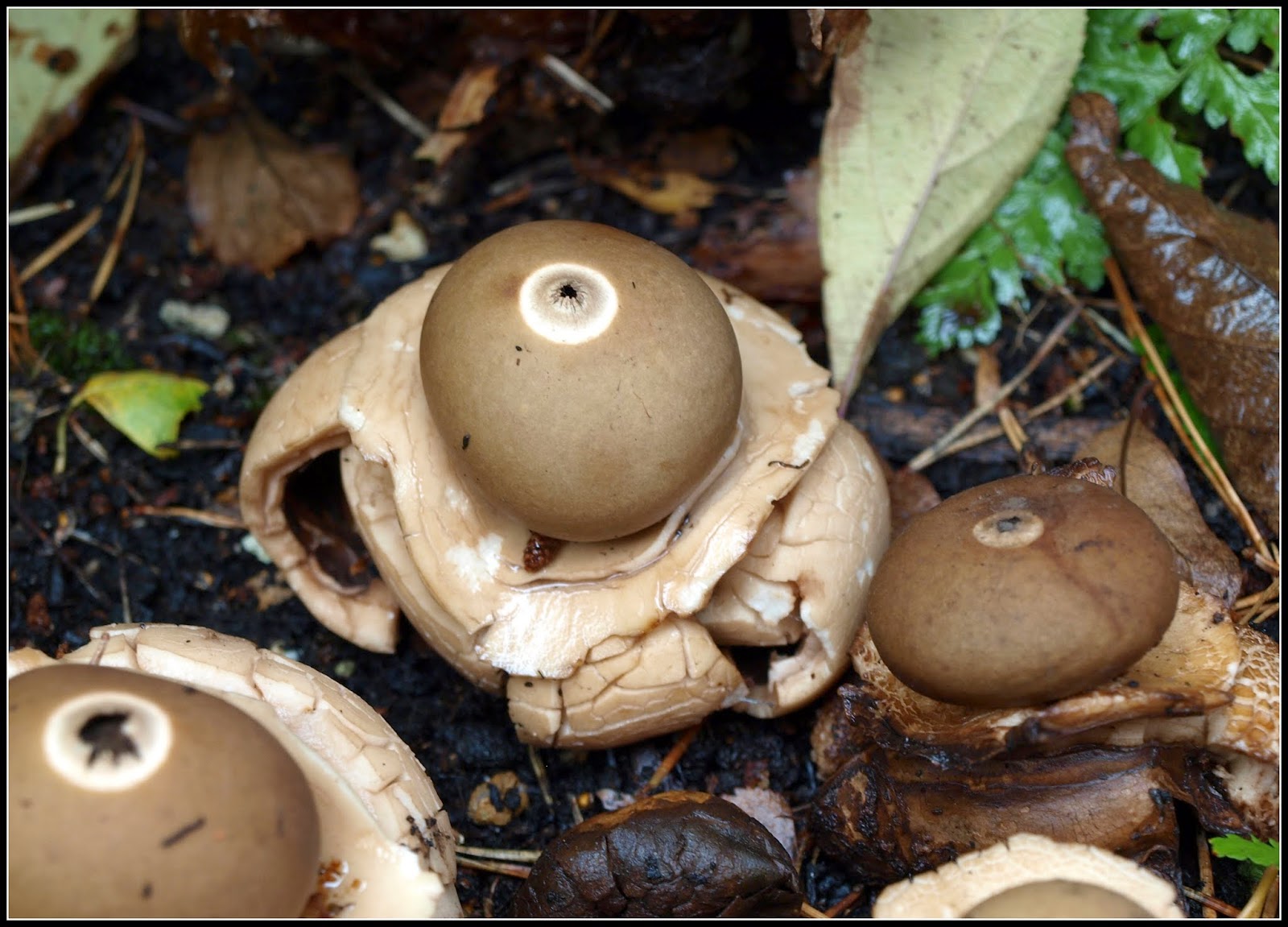 It is generally agreed that this type of fungus, whilst not poisonous, is inedible. What a shame! If they were edible, I'd have a valuable resource at my disposal. 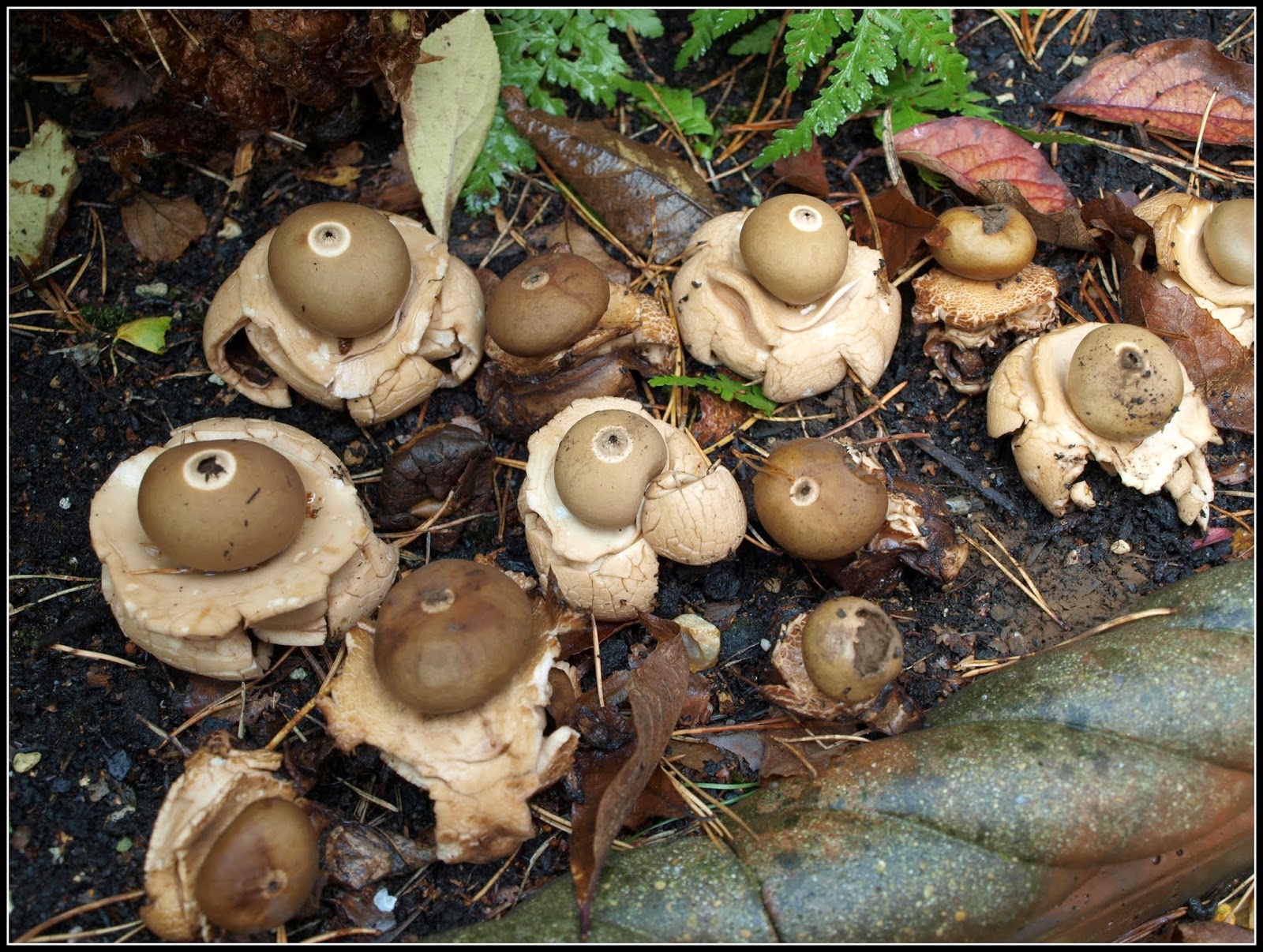