This is one of those "miscellaneous" posts, about lots of little things, but nothing in particular...

I thought I would show you first how the blanching of the Endives went. Well, last weekend we duly ate the first one with a rack of lamb and Gratin Dauphinois. My photos are not of that one, but one that I untied specially to photograph it.

That one is about ready now, so I must find the time to use it, because Endives that have been blanched don't keep well.

While we are on the subject of salad ingredients, just look at this cucumber plant glowing in the Autumn sunshine. I would not normally expect to have cucumbers in October, but there are several still growing on my plants. 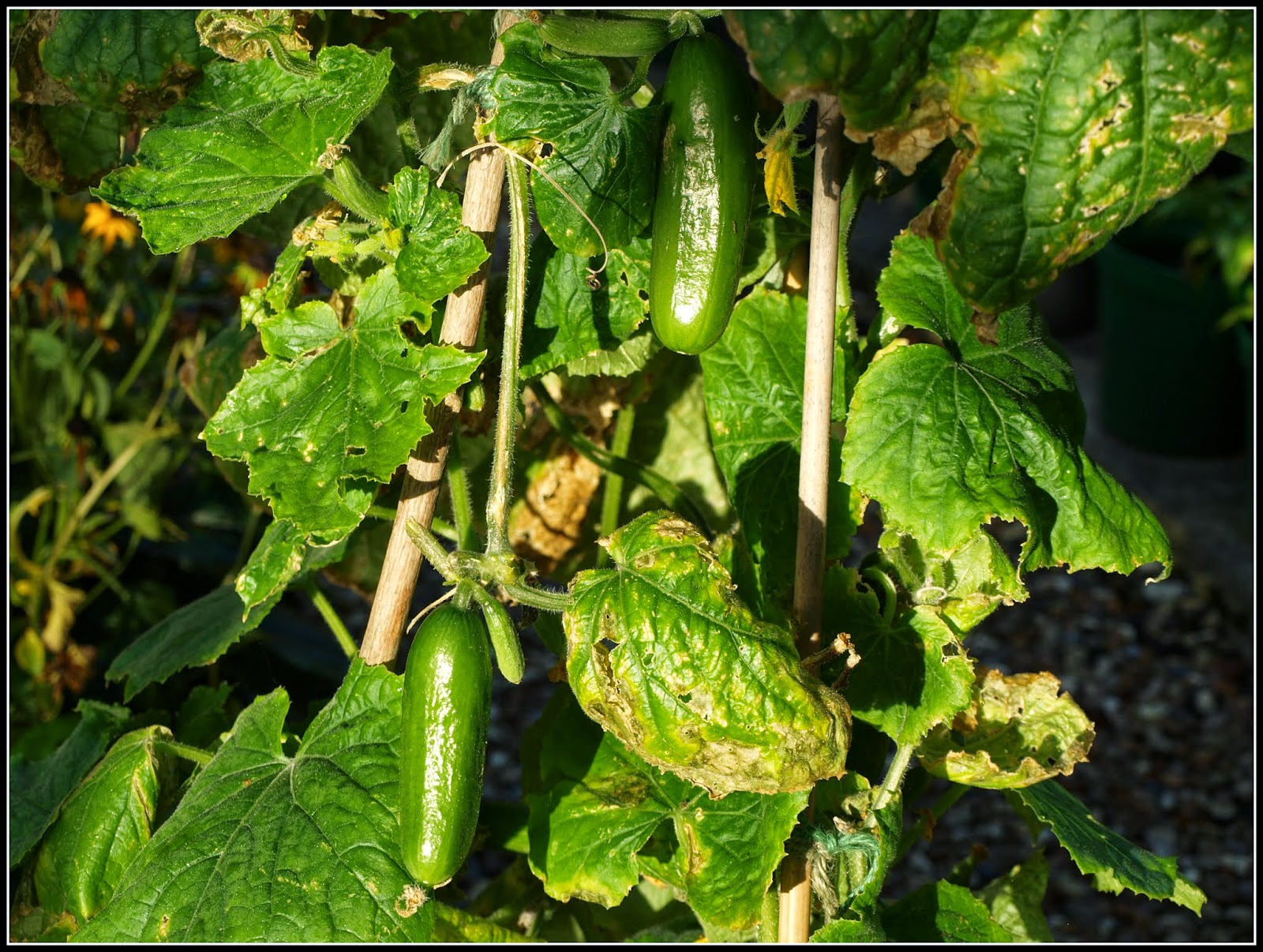 One plant has even produced some new flowers this week. 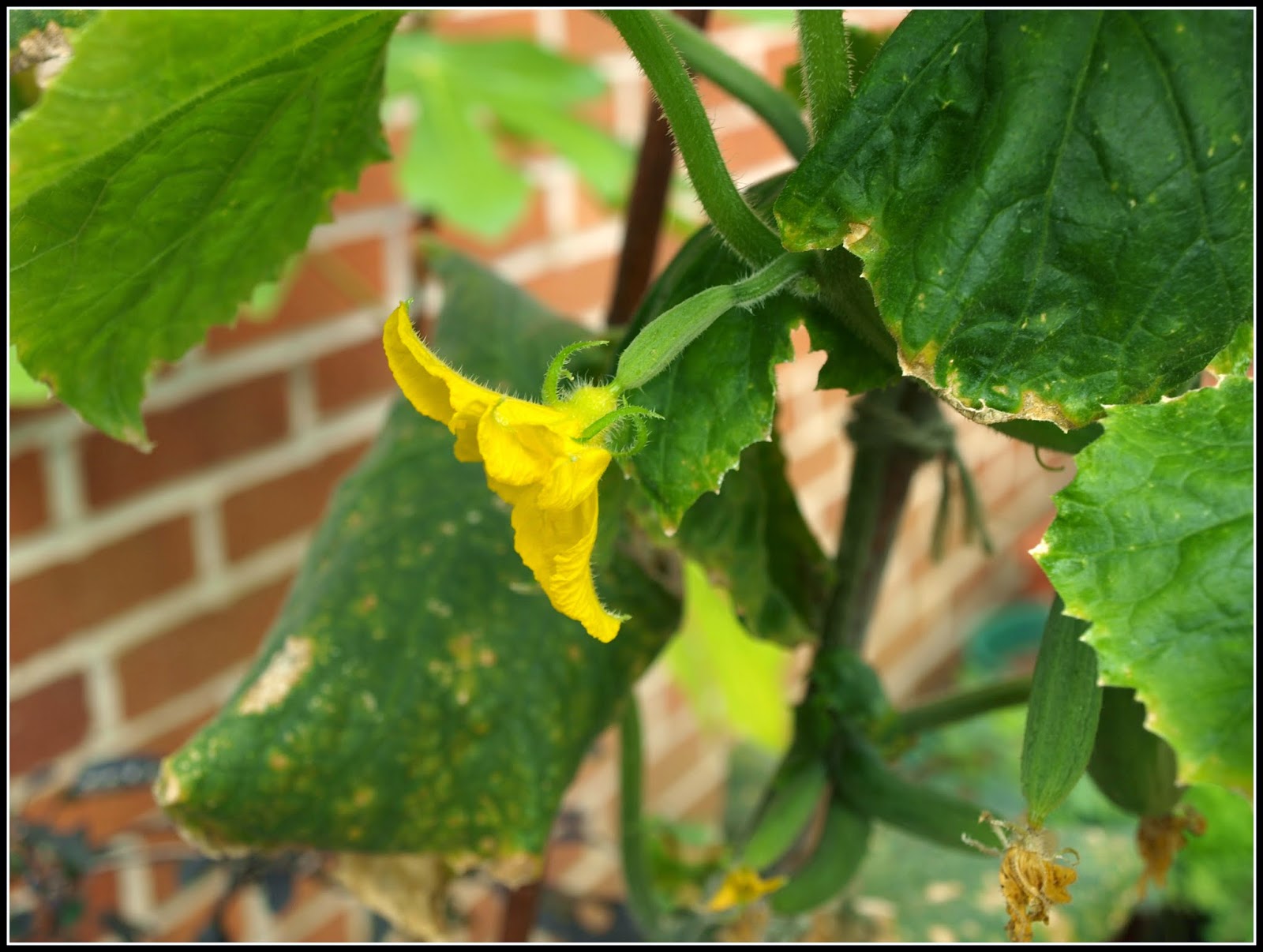 This is a little pot of Landcress. Some seedlings I didn't have space for when I was putting some in underneath the PSB. I'm glad I kept them, because they are doing really well. The tender leaves grow very quickly and provide a nice peppery taste in a mixed salad. 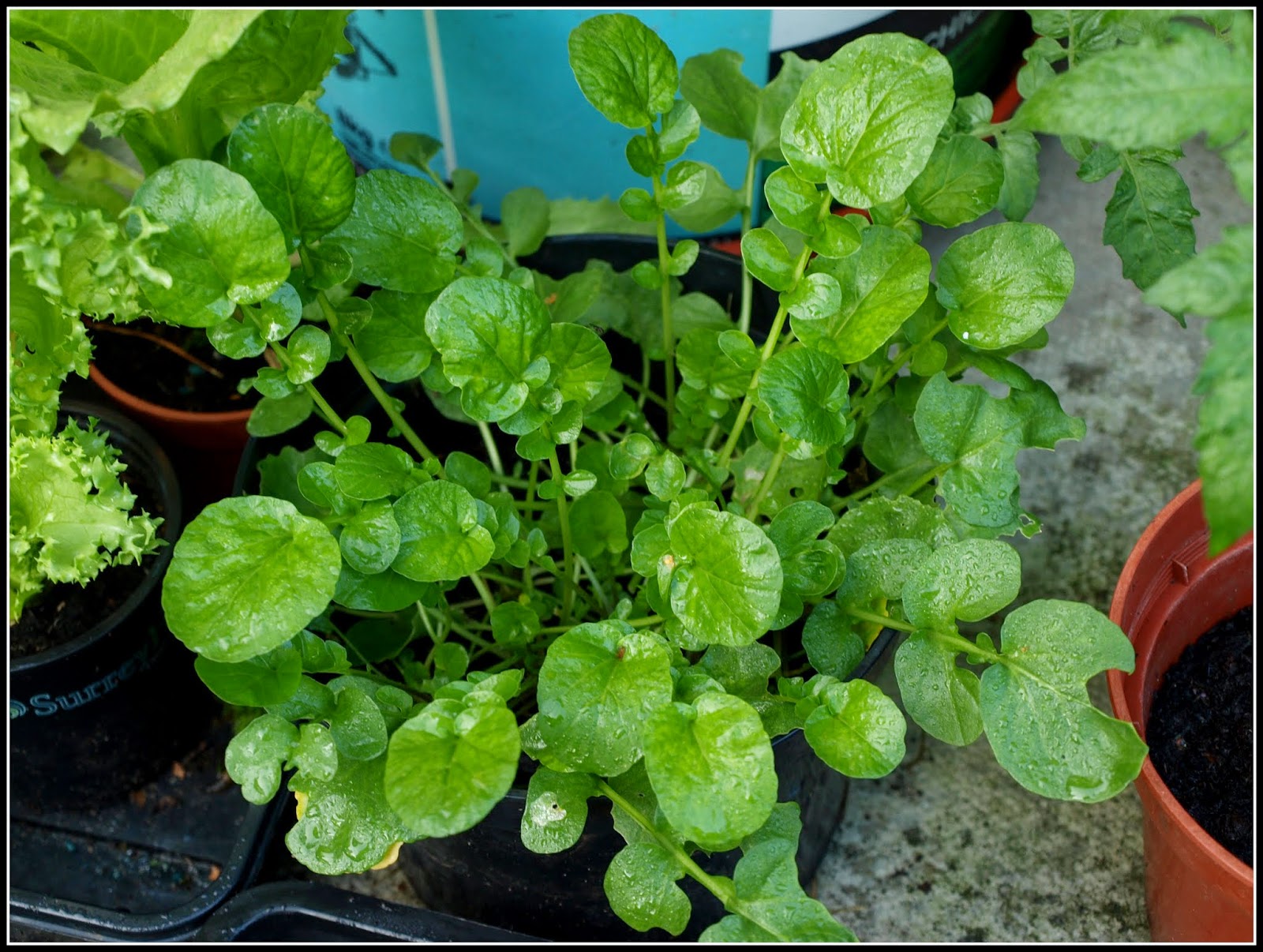 This is a shot of the Asparagus fern covered in morning dew. It looks almost like frost, doesn't it? I assure you it wasn't though, because the temperature was about 12C, even first thing in the morning! 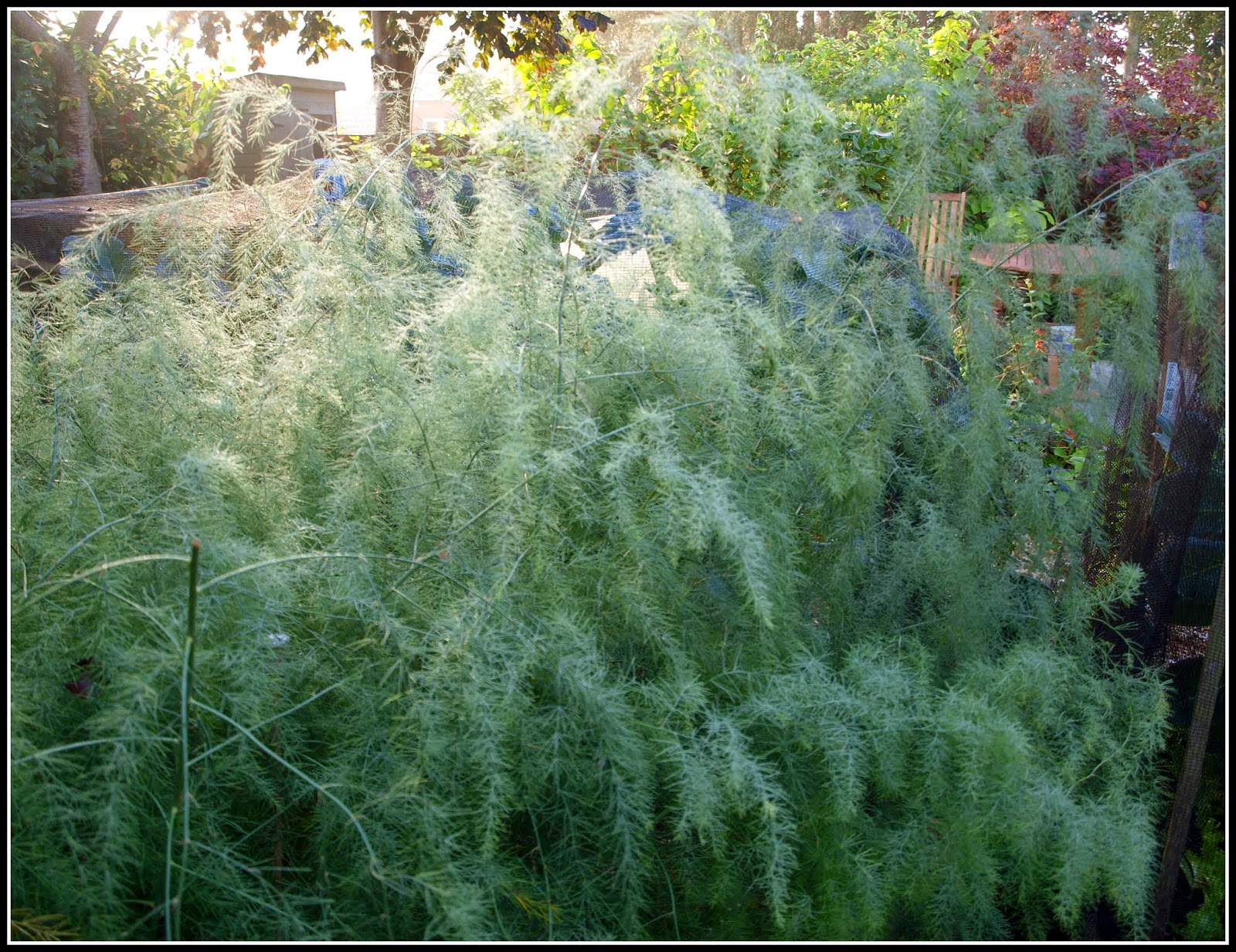 I keep expecting to see the Asparagus turning yellow, but there is little sign of that yet. I suppose I could cut it down now, but I think it makes sense to leave it until the fern begins to die back.

This is one of my "Tundra" Cabbages, heavily protected by netting. If it were just the butterflies that need to be deterred, the net could come off now, but I'm leaving it in place to deter the foxes too. 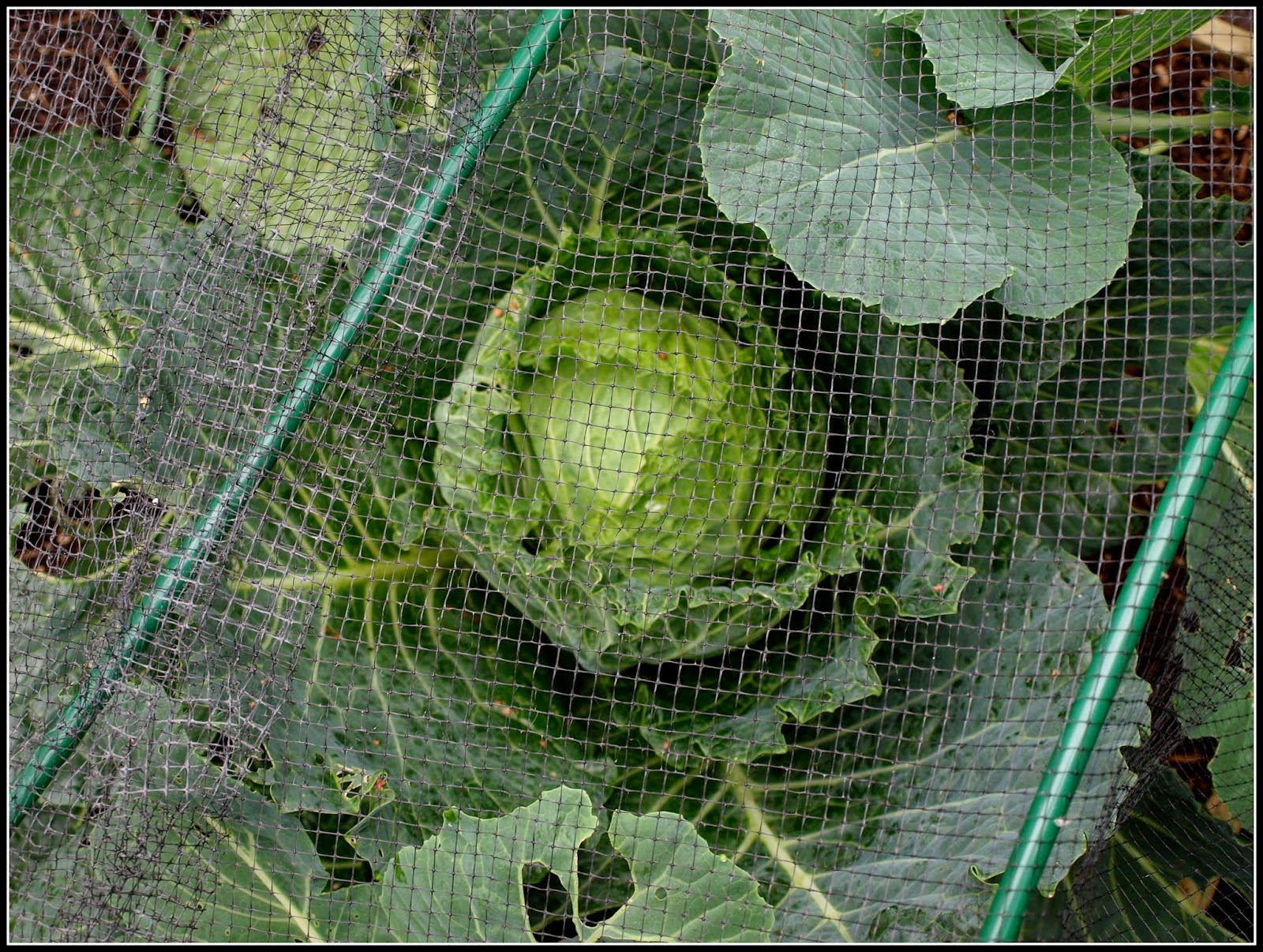 I'm presently debating whether to remove the nets from the PSB and Brussels Sprouts, and the Enviromesh over the Carrots. I think the threat of white butterflies and Carrot Root Fly is probably over for this year. Do you agree?

The Salads bed is still nice and thickly populated. 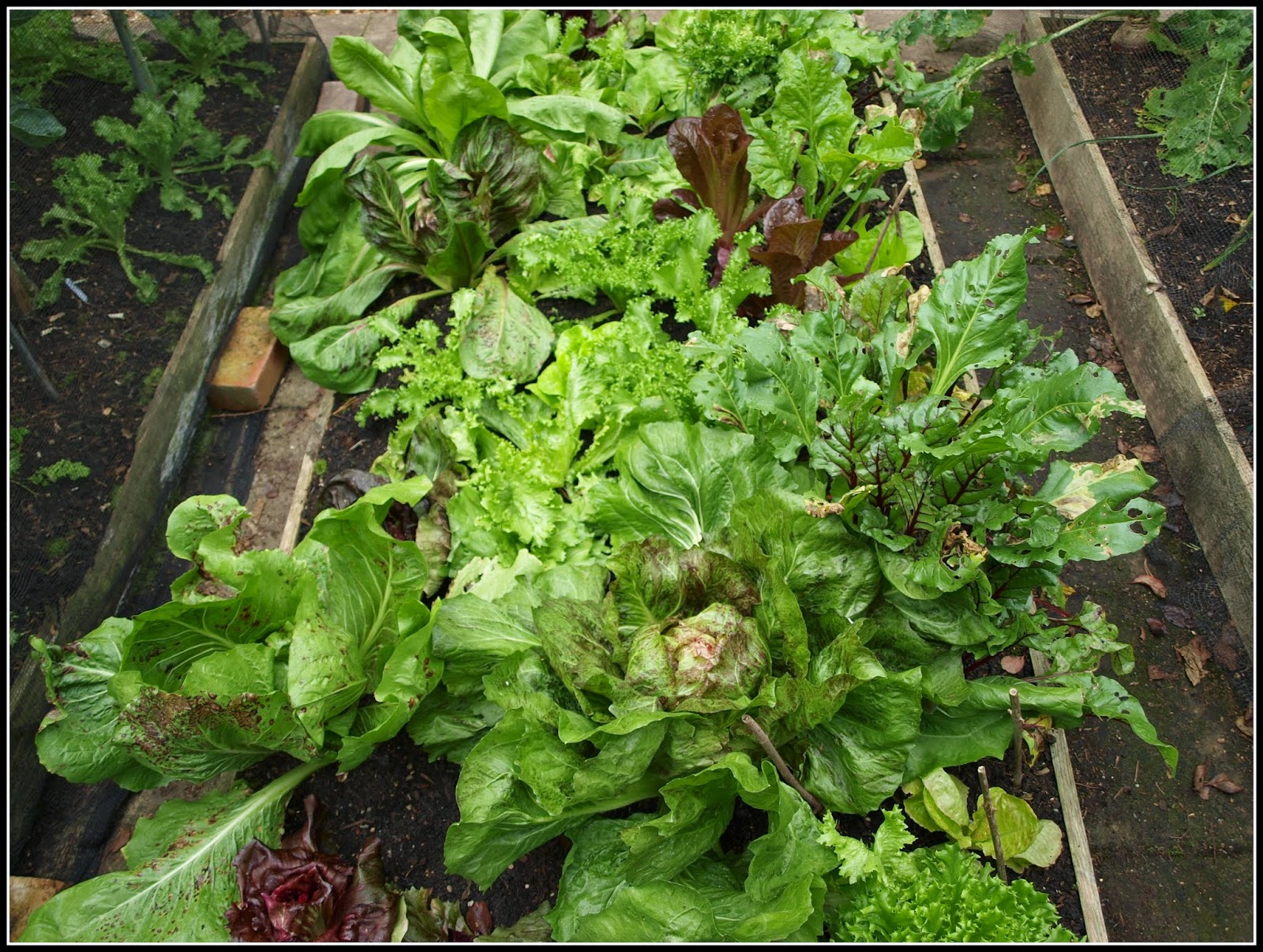 Here's a closer view of the enormous "Palla Rossa di Chioggia" Radicchio seen in the foreground: 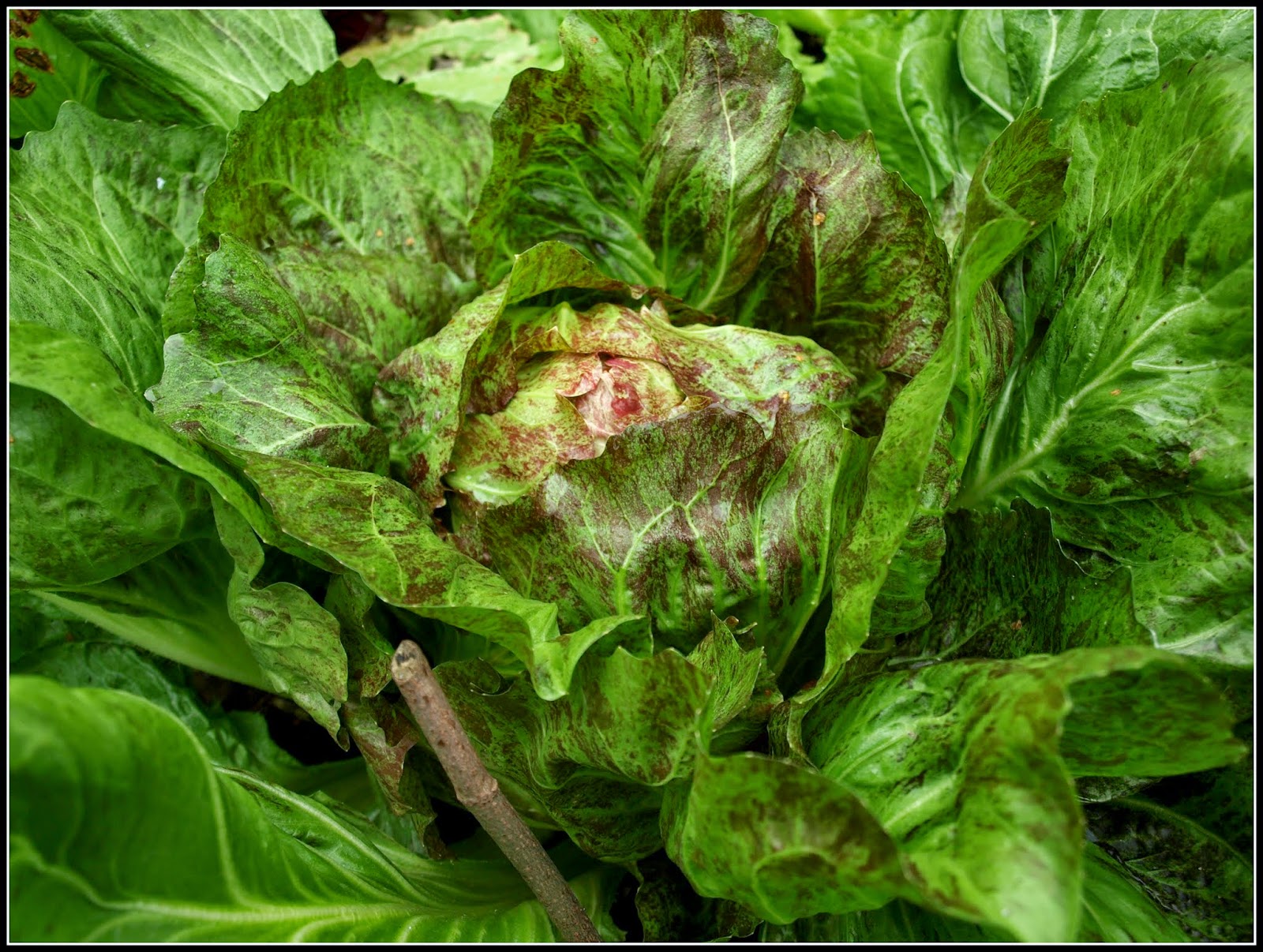 Over in the big raised bed, modestly concealed beneath their veil of Enviromesh, the Parsnips are beginning to tempt me... 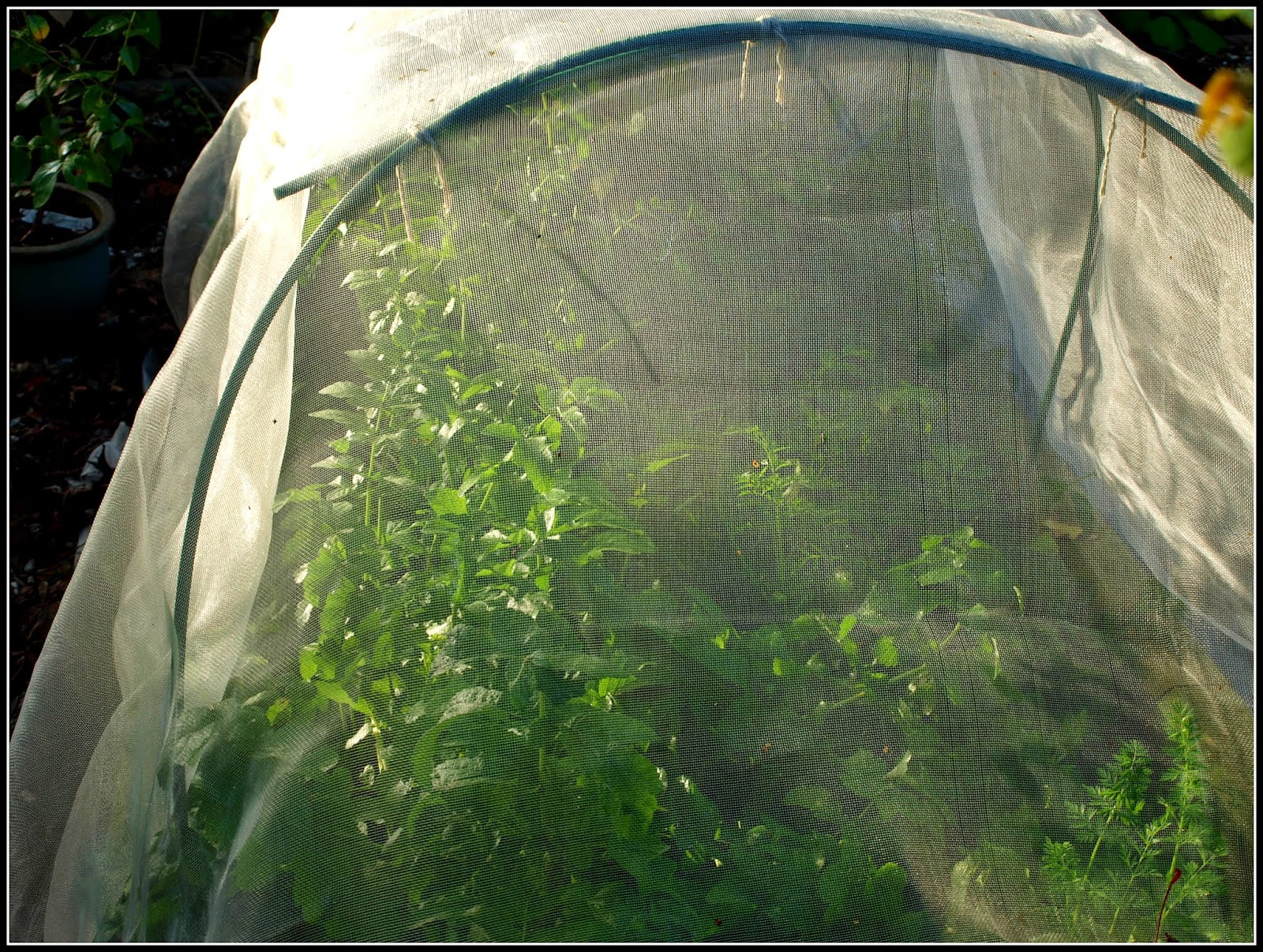 I don't know what the roots are like, but the foliage of those Parsnips has been very luxuriant indeed, although it is beginning to subside now. The Carrots alongside them have done much better than I had dared to hope, so maybe the Parsnips will be as good?

All things considered, I think the garden is still pretty productive and doing well for the time of year.
Posted by Mark Willis at 12:00