Well, the cucumbers are in, for better or for worse. I (and no doubt they) would prefer the temperature to be about 10 degrees warmer, but... I really want the cucumbers to be well established before we go away on holiday. We are going to be away for 12 days, and I don't think the cucumber plants would have been happy to sit in their little pots until the the end of June.

My plan is to have two sets of three cucumber plants - one each of "Iznik" and "Melen" - growing up teepees in the big Woodblocx raised bed. I planted three cucumbers a few days ago, putting them under my biggest bell cloches, but since I only have three of those, the plants that have gone in today will have to manage without. No more of this namby-pamby "I'm spending the night indoors" malarky! 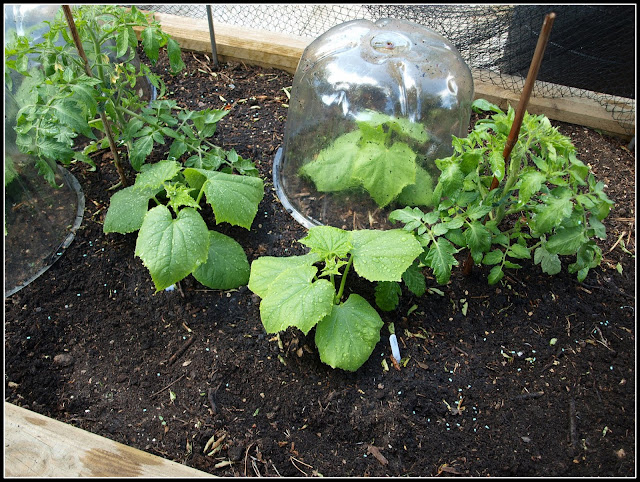 Those plastic bell cloches have been extremely useful, especially this Spring with the conditions being so cold. I have had them for a couple of years now, and I remember that they only cost me £9.99 for the set of 3, which I think is good value. I have kept an eye open for more of them, but I haven't seen any. Stewarts make some that are a similar size, but they are made of much thicker material and they cost a lot - £12.99 each I believe, and I'm not prepared to spend that sort of money. 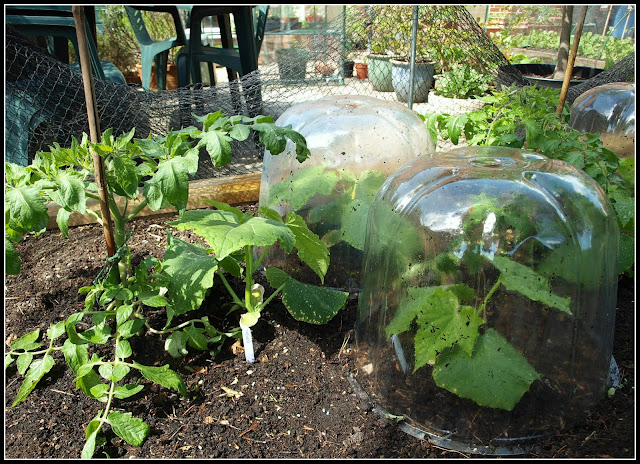 The raised bed is beginning to fill up now. You can see that the "Maskotka" tomato plants are putting on weight. Although I had not originally intended to do so I decided in the end to stake them, because they got blown about very badly in the gale-force winds we had the other day. 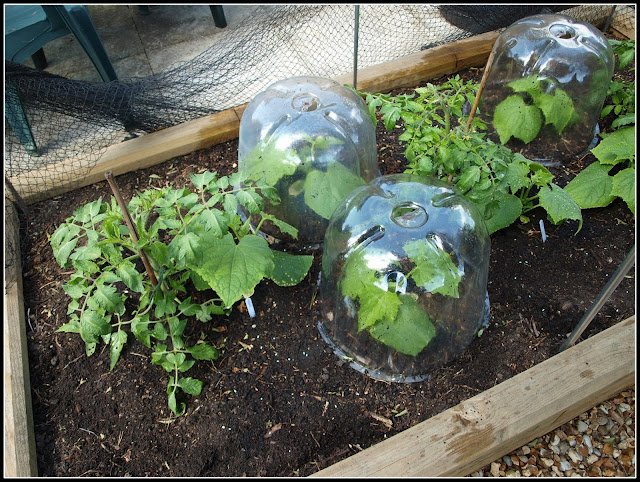 In a few days I will put in the poles for the cucumbers to climb. I may see if I can muster enough natural wood poles, which look much more attractive than plain old bamboo - and the cucumbers will be able to grip them better too.

At some stage I'm going to have to remove the netting over this bed, but not until those plants have got a bit bigger and are able to survive the nightly snufflings of the local badgers and foxes. 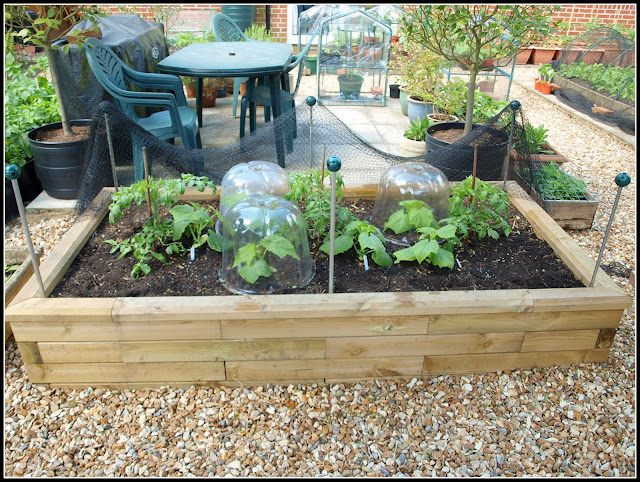