This recipe is my own one, but it is inspired by one invented by Theo Randall, seen recently on TV in the programme called "The Chef's Protégé" where each of three well known Michelin-starred chefs has to select a young chef to be their protégé. 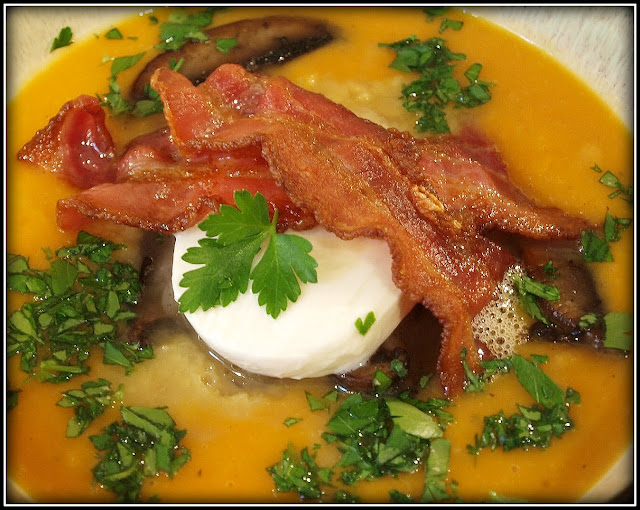 My soup is intended to deliver not only some amazing flavours, but also a variety of different textures all in the same dish. It has a velvetty-smooth Butternut Squash base, augmented by yellow lentils cooked so that they have not fallen completely, but still have a degree of "bite". These are topped with earthy, dark- coloured Portabella mushrooms fried in butter to concentrate their flavour, then a thick slice of milky Mozzarella cheese and a crisp rasher of streaky bacon to add a topping with a complete contrast of textures. For a final splash of colour the whole dish is sprinkled with finely chopped flat-leaf parsley.

To get the depth of flavour I wanted in the soup I rubbed the squash with some olive oil and a few twists of freshly ground black pepper and then roasted it until it began to blacken at the edges. I also did an onion at the same time, leaving the skin on so that the inside would be protected and go beautifully soft without getting charred. 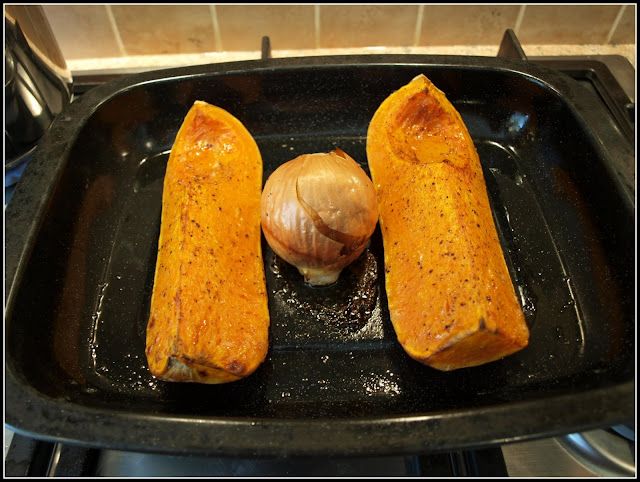 When these veg were cooked (about 40 mins at 160C) I scooped the butternut flesh off the skins, removed the outer skin of the onion and and zuzzed them in the blender for a couple of minutes with a little warm chicken stock and a tiny bit of grated nutmeg. The resulting puree was very smooth and vividly orange in colour. 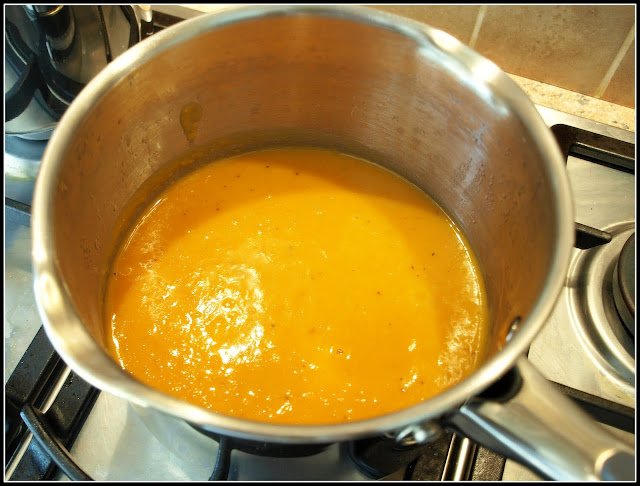 While the squash was roasting I cooked the lentils. 10 minutes' hard boiling then about an hour slow simmering until tender. These were yellow lentils, otherwise known as Toor dhal. When they were cooked I drained off most of the liquid and put them to one side for later. 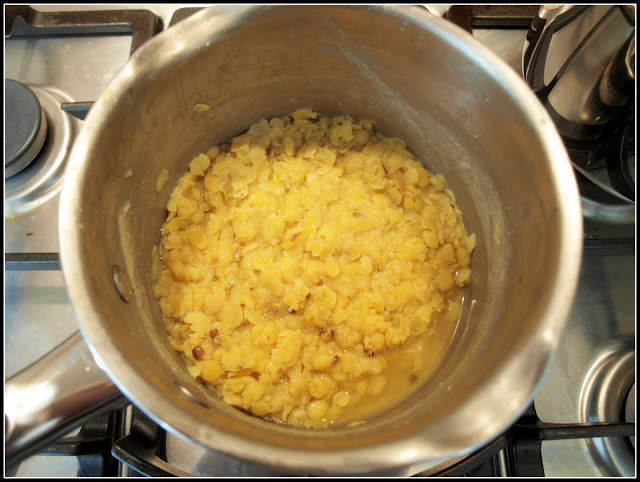 This really was an incredibly easy dish to do. Shortly before dinner-time I gently warmed the butternut puree and the lentils, adding a bit of chicken stock to each loosen their texture. While this was happening I fried the mushrooms and grilled the bacon, and prepared a couple of nice thick slices of Mozzarella.

Earlier in the day I had made some bread too, so I got some of that ready also. 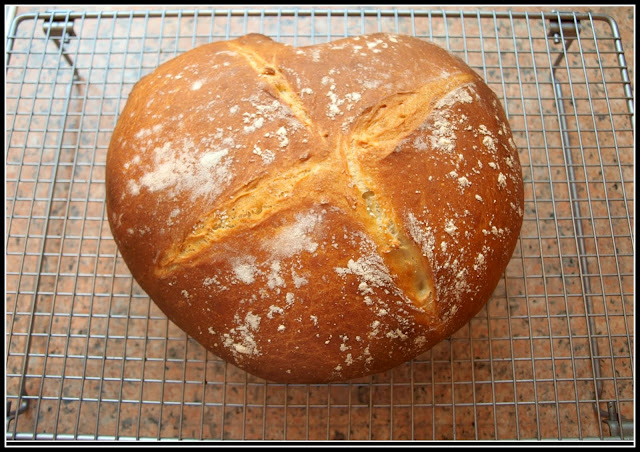 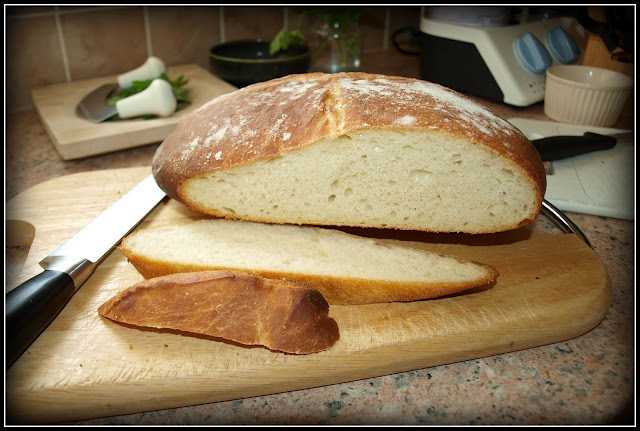 Finally, it was just a matter of assembling the ingredients in a suitably "cheffy" way and adding the sprinkling of parsley for garnish, before serving the dish: 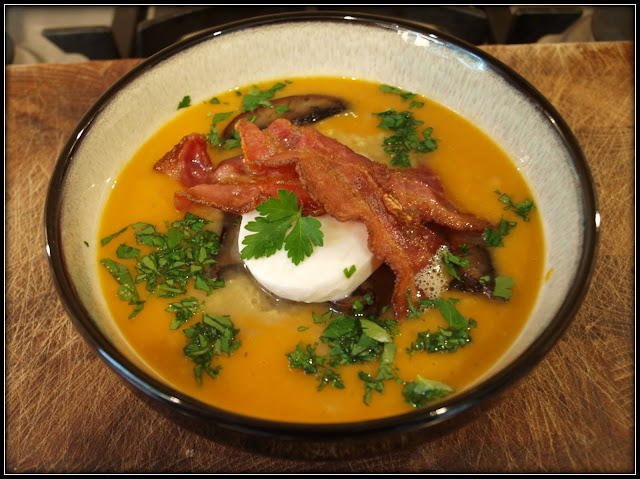