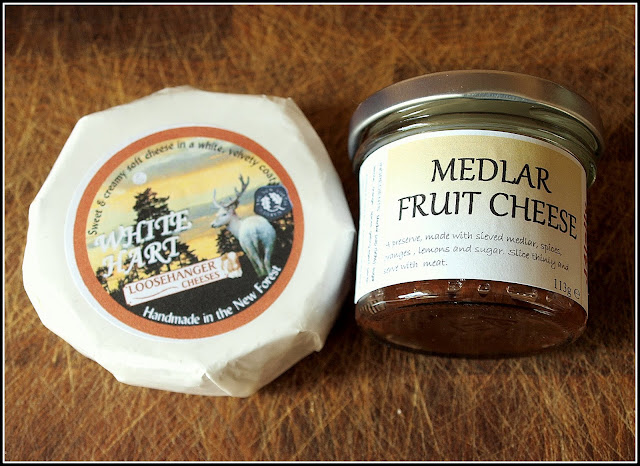 This is "White Hart" from Loosehanger Cheeses near Winchester. It is rather reminiscent of Camembert. This award-winning soft cheese, made with milk from Ayrshire cows, is mould-ripened, with an outer skin described by the maker as a "white velvety coat". This particular specimen was for us at the perfect stage of ripeness - silky smooth, oozy and almost walking away of its own accord! In terms of taste, mild and mellow, certainly not as "in your face" as Camembert. We loved it. 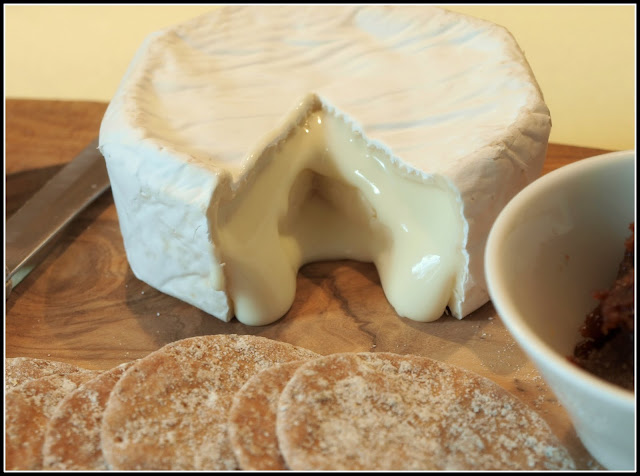 To accompany this cheese we bought some Medlar Fruit Cheese, from J4Jelly. This is a product akin to a very intense fruit jam, and supposedly of a consistency that makes it sliceable. The ingredients list mentions medlars, spices, oranges, lemons and sugar. I think it is very similar in concept to the Spanish quince cheese called Membrillo. On the jar it says "Slice thinly and serve with meat." When we tried a sample at the market it was indeed firm enough to slice, but the substance in the jar we bought is definitely not. It is nice, yes, but just not sliceable. Not a big problem though, since it is easy enough to spread it on a cracker, or even to serve a spoonful of it alongside meat like you would with Redcurrant jelly. 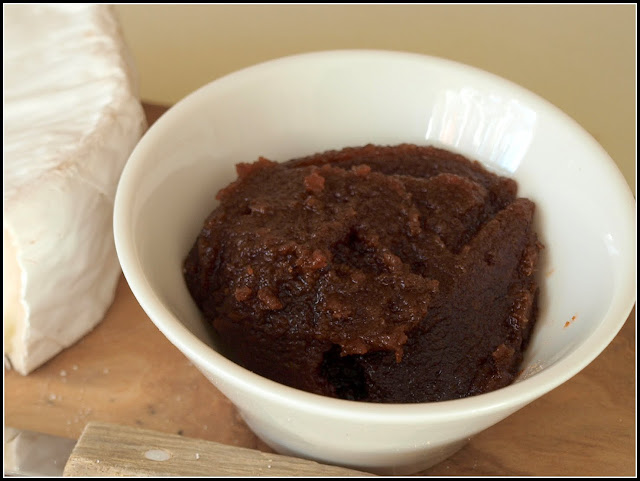 We weren't overly impressed with the Medlar Fruit Cheese. Pleasant enough, but unremarkable. It tasted to me mostly of the spices, rather than fruit, but then again I don't think I have ever tasted a Medlar on its own, so I'm hardly qualified to judge!

I had a look at J4Jelly's website, to see if I could find some more about them (like for instance where they are based - presumably not far from us), but to be honest the website is remarkable for the paucity of information it divulges! [P.S. Used the postcode shown on the jar to establish that they are based in Farnham, Surrey, about 4 miles from us.]

In my final photo you can see that we chose to serve our cheeses with some miniature Artisan Swedish Crispbreads from Peter's Yard., which were perfect hosts for the two other products. 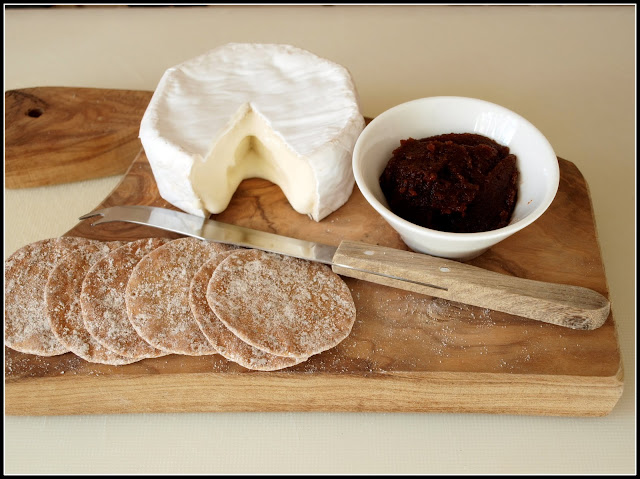 Just for the record, I would like to add that to put me in the mood to enjoy the cheese I started off with a glass (or two) of my delicious home-made Sloe Gin, which somehow seemed in keeping with the general theme...
Posted by Mark Willis at 16:00