Last year my "Conference" pear tree produced no fruit at all. Because of the atrocious weather it was a bad year all round for fruit, but I think my tree probably wouldn't have produced any fruit even if the weather had been OK. Sometimes a fruit tree adopts a biennial fruiting pattern if it gets insufficient water and nutrients, and I think that's what has happened to mine. The soil in my garden dries out very easily and it is hard to keep it moist. Maybe this year it's my turn to get a good harvest. There is certainly some blossom on the tree - if perhaps not as much as I would like! 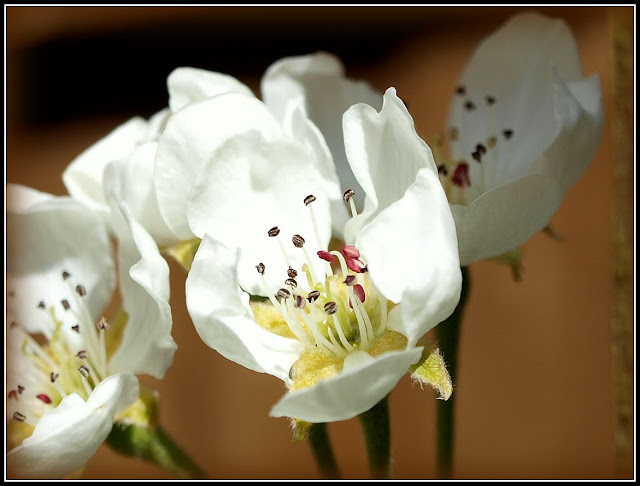 I am hoping that we won't get any more frost this year, though a couple of degrees of frost is probably less damaging to Pear blossom than strong winds and heavy rain. We haven't had much rain for quite a while now, and I have actually been out with the hosepipe to give the fruit trees a good soaking. 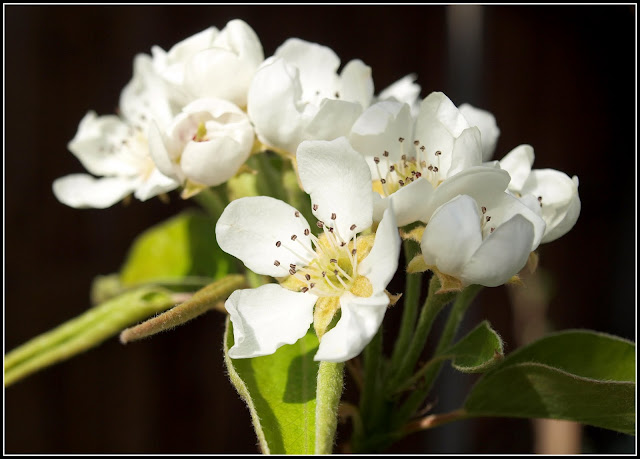 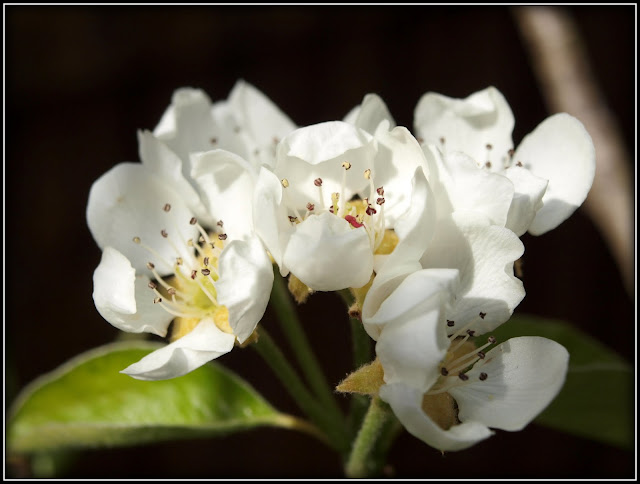 At least it looks as if pollination won't be a problem... 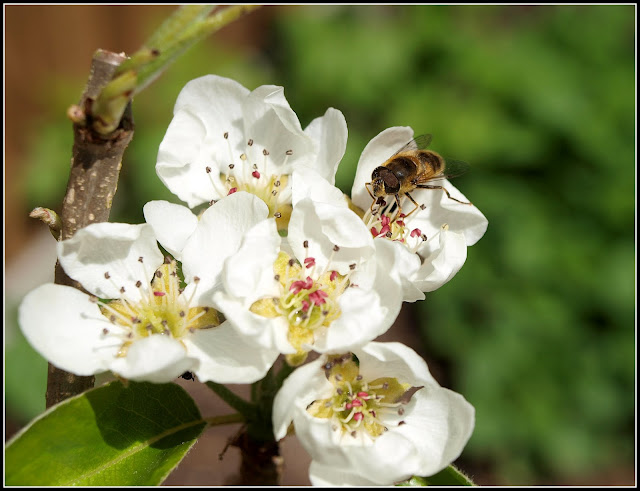 P.S. Yesterday I had my first-ever go at bread-making. The other day we bought a copy of Paul Hollywood's inspirational book "Bread", and it definitely made me want to try my hand at this skill. Now, as you probably know, I'm not normally one for slavishly sticking to a recipe, but Jane had told me in no uncertain terms that "baking is a science, not an art", so I decided to follow Paul's recipe precisely. He suggests that a novice baker should start by baking a white Bloomer loaf, so that is exactly what I did. This was the result: 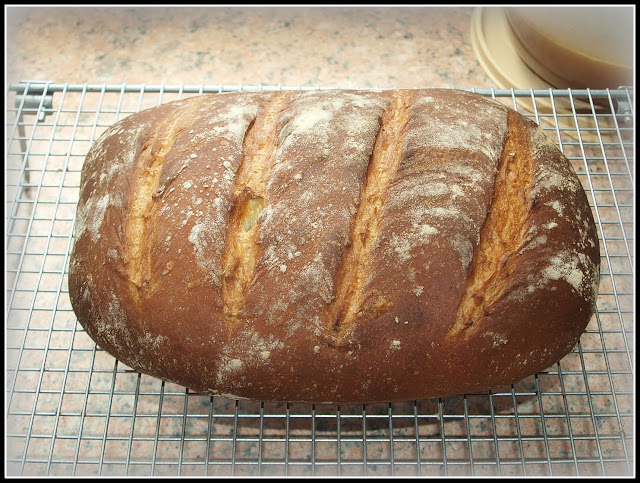 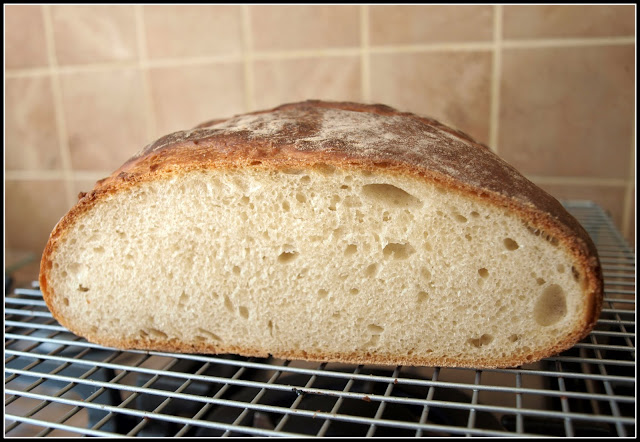 I have to say that Paul's recipe was very clear and easy to follow. If I can make a loaf like that on my first attempt, he must be a magician!

We ate a slice of the bread about an hour after it was cooked, with lots of butter on it. It was amazingly tasty, and though I say it myself, the balance between crispy crust and springy crumb was perfect. Later on, we ate more of it as a starter with our dinner - pieces dipped in our best olive oil, with a few drops of balsamic vinegar. Then this morning, with home-made Seville orange marmalade... As Jane said to me "home-made bread just doesn't keep, you know!"  :-)
Posted by Mark Willis at 16:00