Cucumbers. Dare I plant them out?

My cucumber seeds were sown on the 26th April, and since then have been living under the Growlights. This has made them grow exceptionally strong and even. The Growlight House has been a real boon in the poor weather conditions we have endured so far this year. I don't know how I managed without it. 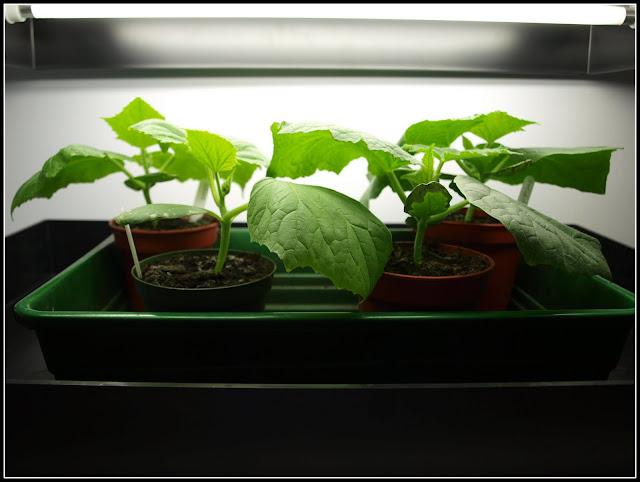 I have eight cucumber plants in all - four each of "Melen F1" and "Iznik F1" - both Lebanese or cocktail types, whose fruits only grow to about 6" / 15cm in length.

However, the plants are getting quite big now and it is time they were planted out, or at least began their process of hardening-off. I'm feeding them regularly with Baby Bio plant food, because there can't be much nutrition left in the compost in their tiny 3" pots. 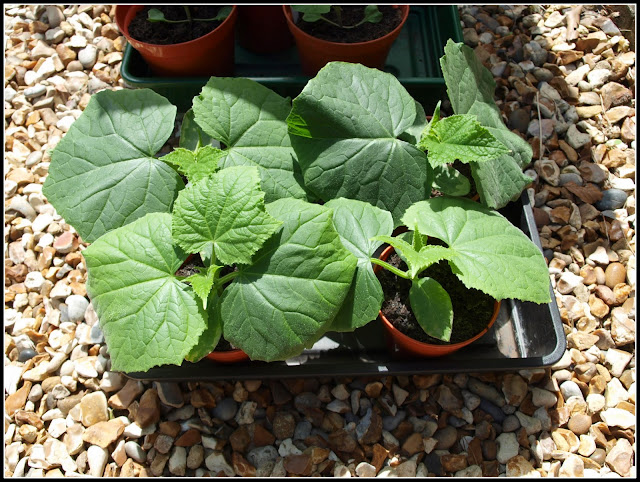 Last year it took my cucumbers a long time to get going, because I think I planted them out too early and they hated the cold conditions, so this year I'm being more careful. I had been hoping to put them out in my big Woodblocx raised bed, this weekend, with protection from some bell-cloches, but with night-time temperatures still in single figures I think this might be premature. Instead I will put them outside in one of the mini-greenhouses during the day and bring them in at night, for at least a while longer. Maybe by the end of next week things will have improved?

In due course I plan to have two sets of 3 plants each, growing up wigwams of bamboo canes, with one plant of each variety held back in reserve - as is my normal practice. Last year my "Iznik" plants grew a lot taller than the info on the seed packet had led me to believe, so this time I will probably provide them with 6-foot canes instead of 4-foot ones. (That's if I have any canes left over after building the wigwams for the beans!).

On a totally different subject, since several of you expressed an interest in Good King Henry when I wrote about it the other day, I would like to show you some photos of it being prepared for culinary use. (Just don't build your hopes up concerning its culinary merits!) 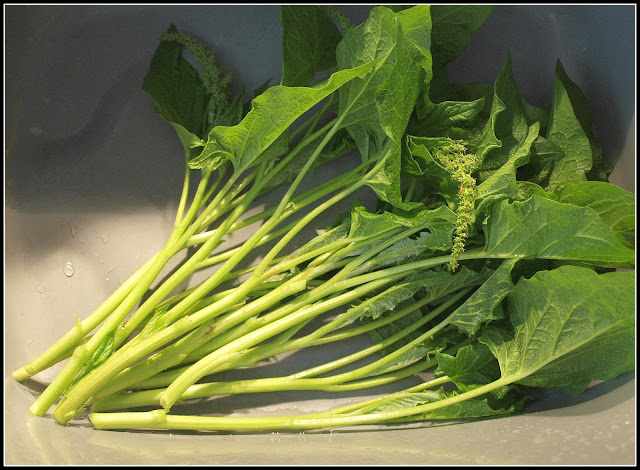