Late Spring / Early Summer is the best time of all for herbs. After the austerity of Winter they relish the warming weather and reward us with a bountiful flush of fresh new leaves. Jane and I both love using herbs in our cooking so we make the most of this bounty.

The Rosemary is flowering at present: 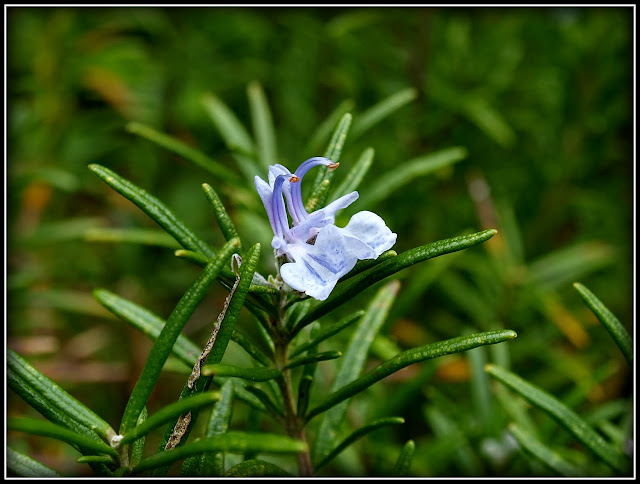 The type of Rosemary I have doesn't seem to produce many flowers. Some of the bushes are several years old, but they have never been exuberant with their flowers. 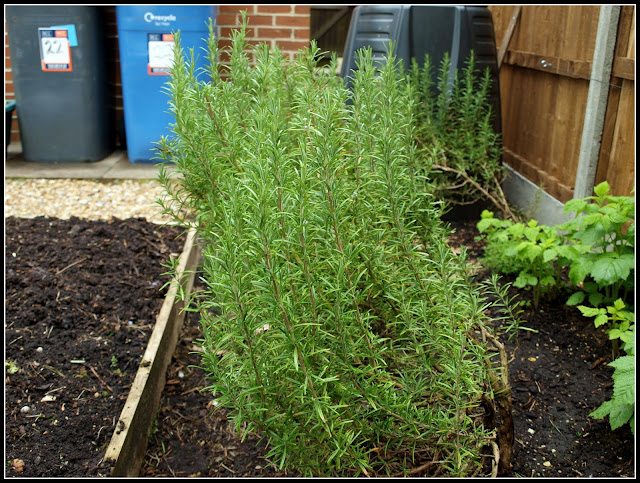 At least this one seems to understand that I planted it where it is mainly to help screen the unsightly compost-bin a little! 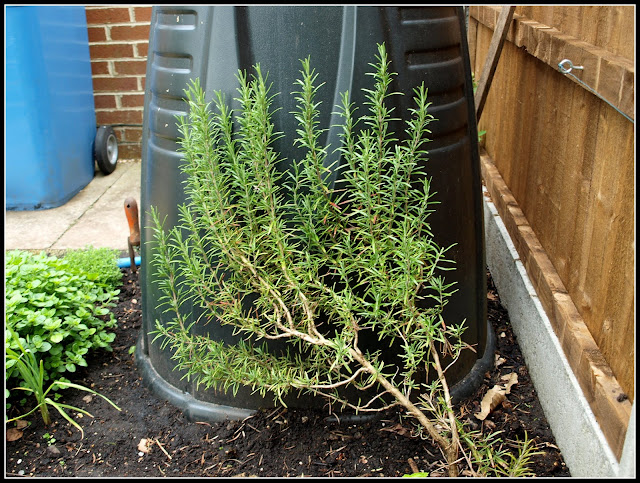 This is Lemon Balm - Melissa. We don't use it as a herb, but I like it because it produces masses of little white flowers that the bees absolutely love. 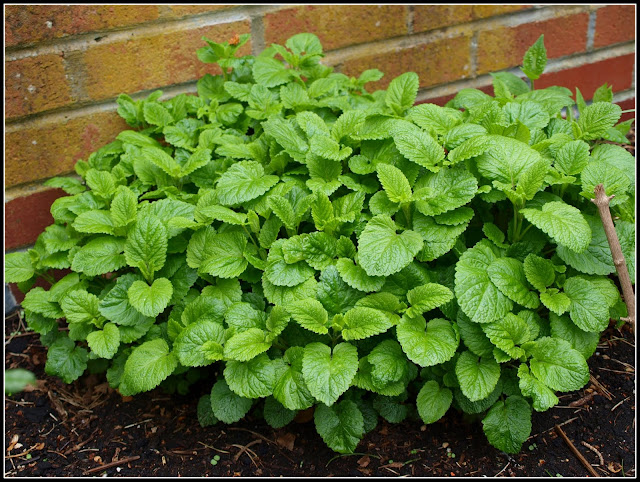 The Chives are very nearly flowering. At present they have loads of buds enclosed in their papery husks, waiting to burst open. 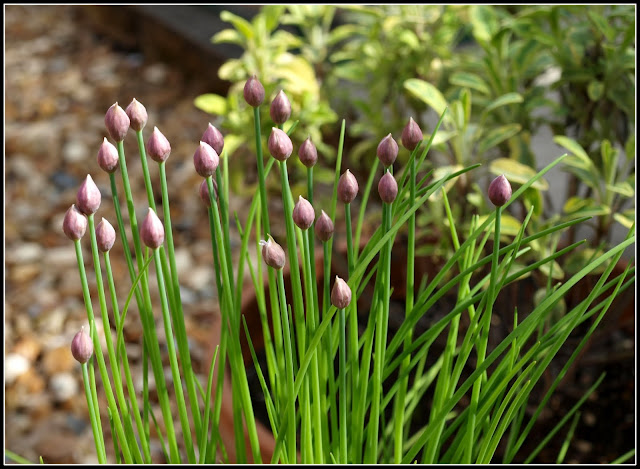 ﻿
The Mint that I divided and re-potted in March has come back strongly. I have four big pots of it, like this: 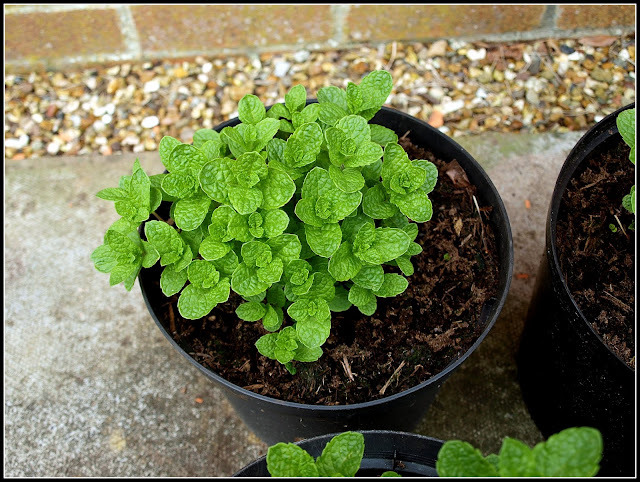 I even managed to produce a decent quantity of Parsley. So much so that Jane described it as a glut! Trying to flatter me, I think... On her "Onions and Paper" blog she recently wrote about using some of it in a Tabbouleh, and then she made more of it into Parsley Sauce for with some Gammon we had last weekend. 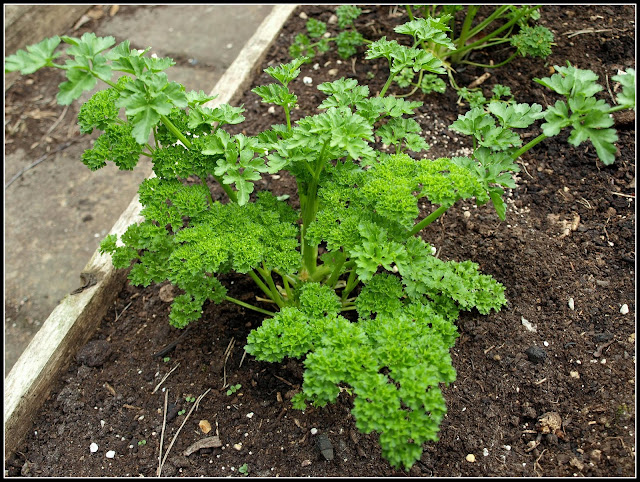 One of my favourite herbs is Oregano, seen below. I just wish I had some home-grown tomatoes to serve it with! 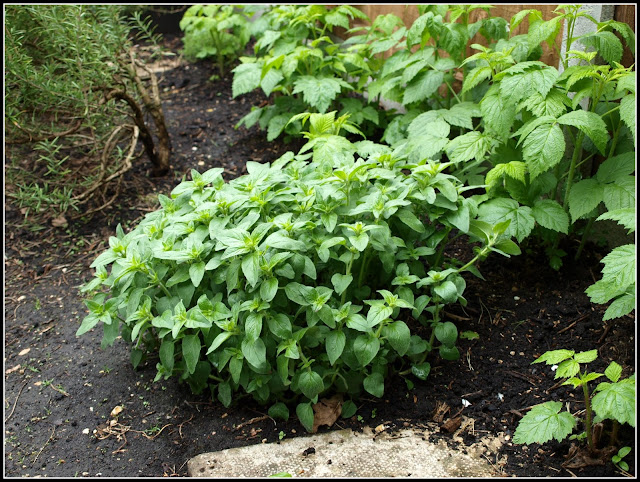 This is Marjoram, a close relative of Oregano. It has leaves that are more rounded than the Oregano. 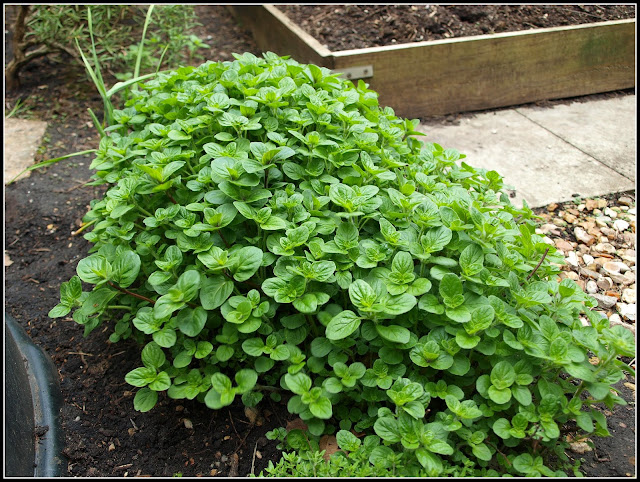 Just recently we have been using a lot of Sage. For instance, the other day I did some roasted Butternut Squash drizzled with olive oil and a liberal scattering of chopped Sage leaves. It's also good in a risotto that Jane sometimes makes, which has in it not only Butternut Squash and Sage, but also some chilli. Just now, the Sage in my garden is looking particularly lush. 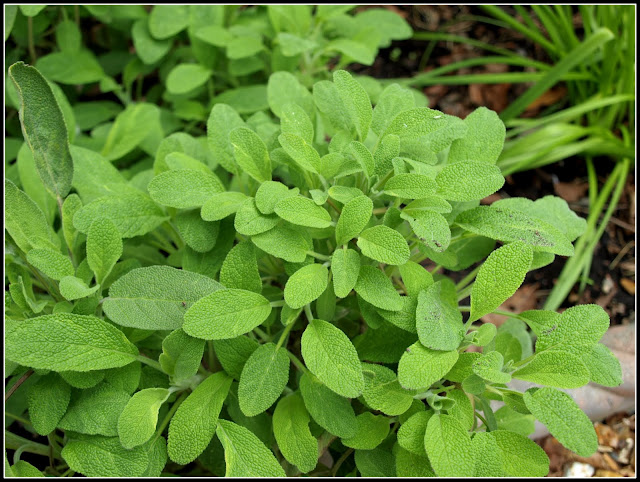 The new leaves are much greener than the old ones, which are more of a silver-grey colour. 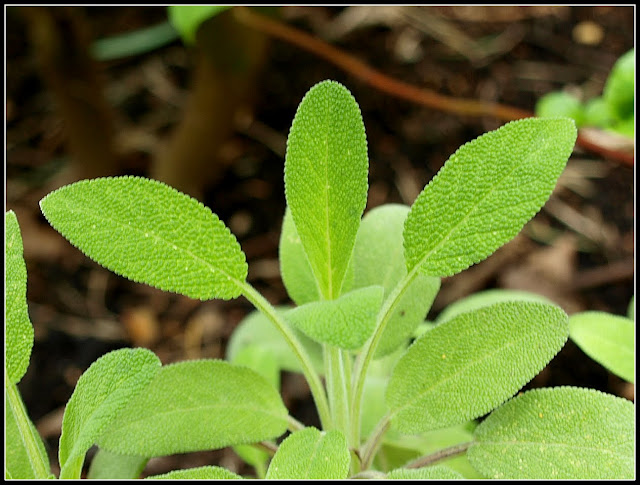 As well as the plain green variety of Sage, I also have a couple of plants of this really striking green-and-yellow variety: 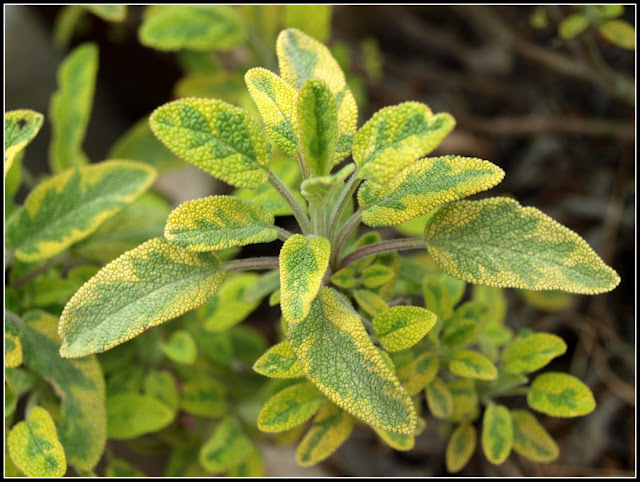 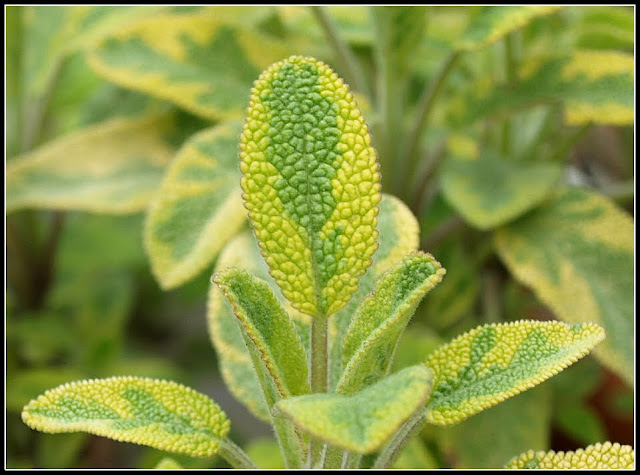 Probably the most versatile of all herbs though, is this - Thyme: 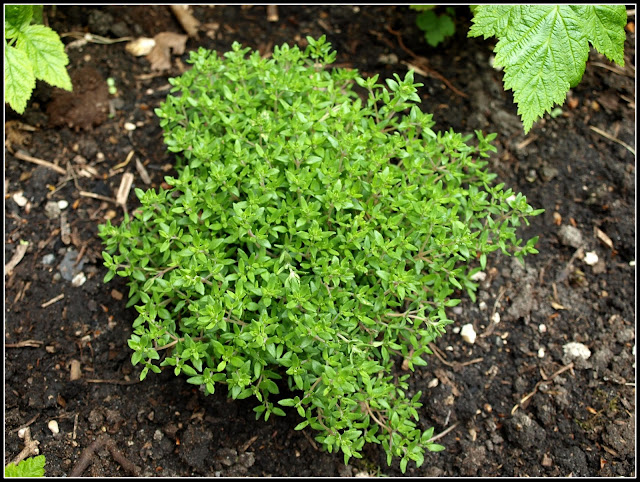 That one in the previous photo is "Common" Thyme, whereas this one next is the Broad-leaved version: 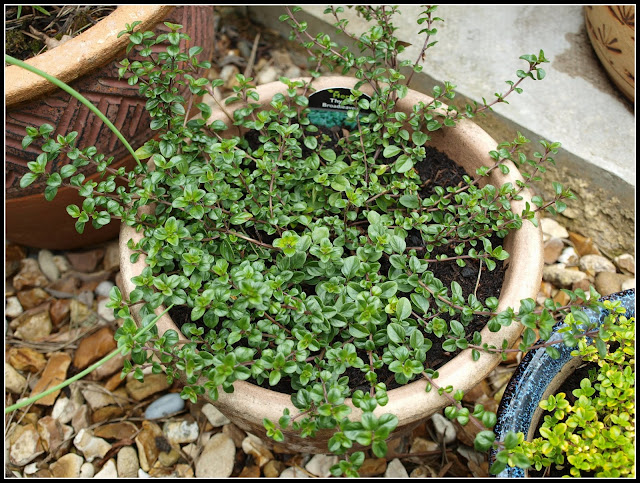 I've just realised how many photos there are in this post, so I'd better stop. You've probably got the message by now- we like herbs!
Posted by Mark Willis at 16:00