It seems like only a couple of days since I noticed the first tentative potato shoots emerging from the compost in their pots. Now the plants are racing ahead, making up for lost time after the freezing conditions during March and early April. The ones inside the plastic greenhouse are noticeably further advanced than their less fortunate siblings outside: 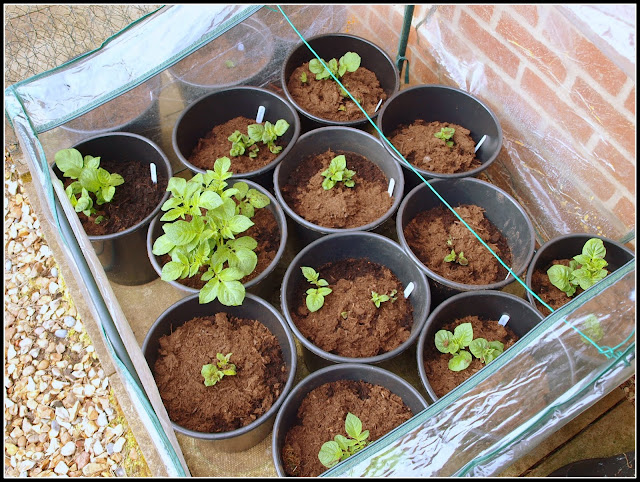 One in particular is miles ahead of the others. This year I have been really disciplined and labelled every single pot, so I know that the tuber growing in this one is called "Swift", which seems rather apt. 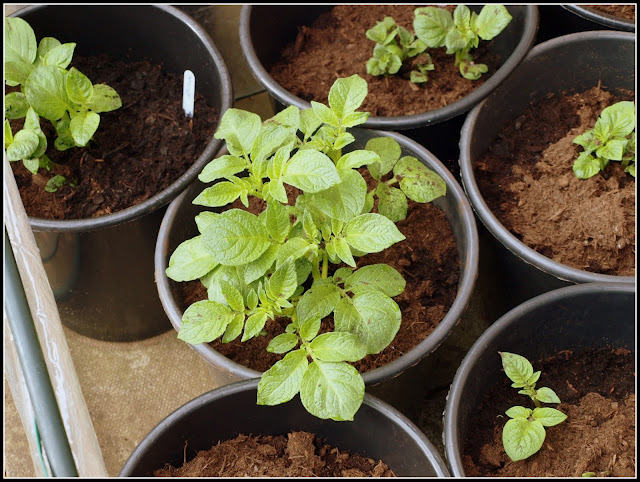 This wire-protected pot has no protection from the elements, only from the wildlife: 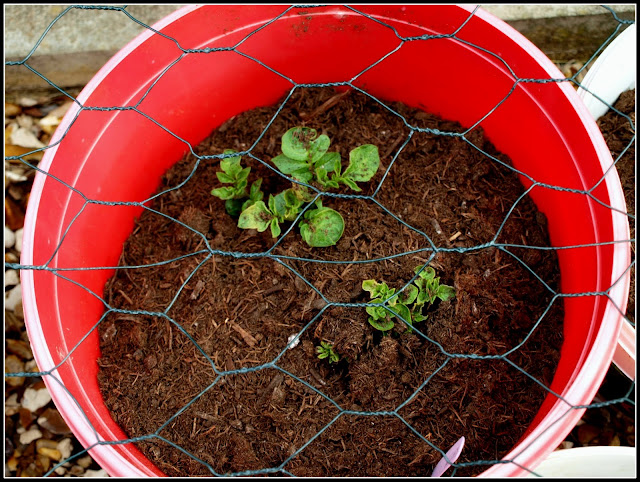 I have just planted my only Maincrop potatoes  - four tubers of "Pink Fir Apple" - which are in the big pots seen at the back of this next photo. I have given them bigger containers than their Early cousins, since I know that they can grow into very big plants. Hopefully the extra space will also allow them to deliver a bigger crop. Notice the anti-fox / badger precautions as usual. 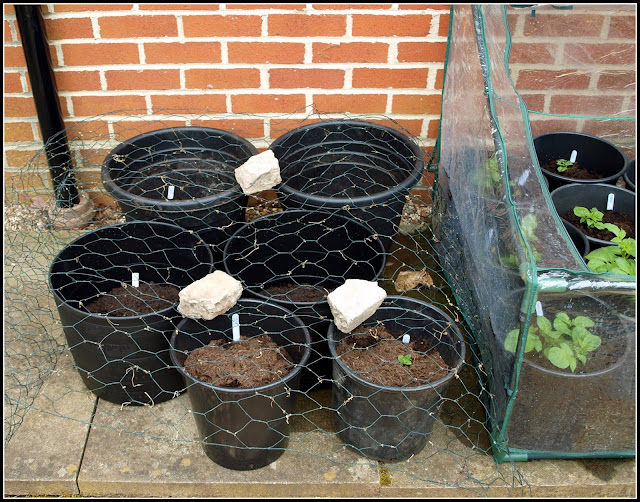 Blight is always an issue to be aware of when growing potatoes. This is why I grow mostly Earlies, which are harvested before the blight appears, but I usually grow a few PFA as well, because I just love them and I think their superior flavour and texture makes it worth taking the risk of losing them.
Posted by Mark Willis at 16:00