Over the Bank Holiday weekend I did a task that I can't claim to enjoy, but which is very necessary - and ultimately very rewarding: emptying a compost bin. The bin is question is one of the 330litre black plastic "Dalek" bins - ugly, but with the addition of a few thousand worms, a very-efficient compost-making machine.

To get at the dark crumbly soil-like compost, I had to remove the top 50% or so of the material, which was in various stages of decomposition / digestion by the worms, but even so I ended up with a very pleasing quantity of the "good stuff". This has now been distributed in a thick layer over the most needy parts of the plot. No.1 priority was the raised bed in which I hope soon to be planting Runner Beans: 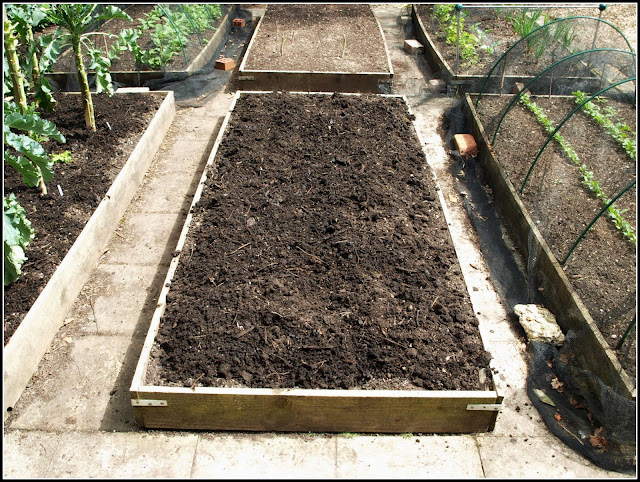 The next-door bed which houses the last of the Purple Sprouting Broccoli also got a dose. This bed will play host to my Climbing French Beans. 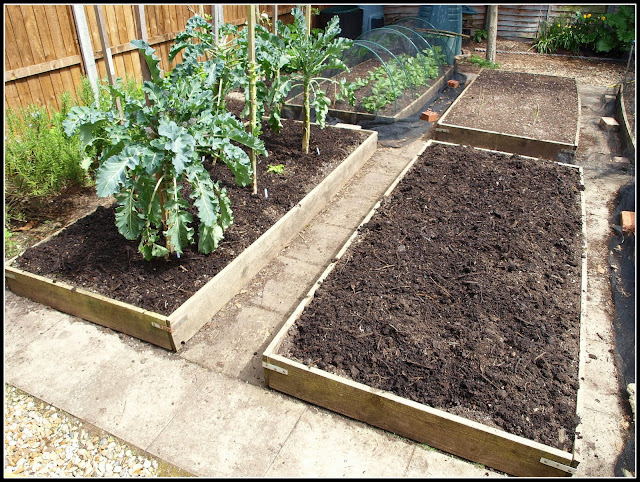 Incidentally, this is what the broccoli looks like now - the secondary spears are at a useable size - but once these are gone, the plants will be pulled up and consigned to the same compost bin that I have just been emptying. 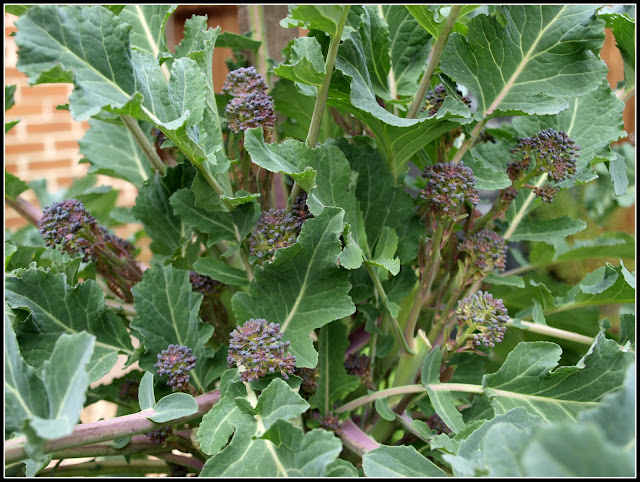 Round the base of the fruit trees I put a thick layer of compost. I don't expect it to stay this neat for very long - the Blackbirds will be kicking it around before the day is out, I know. 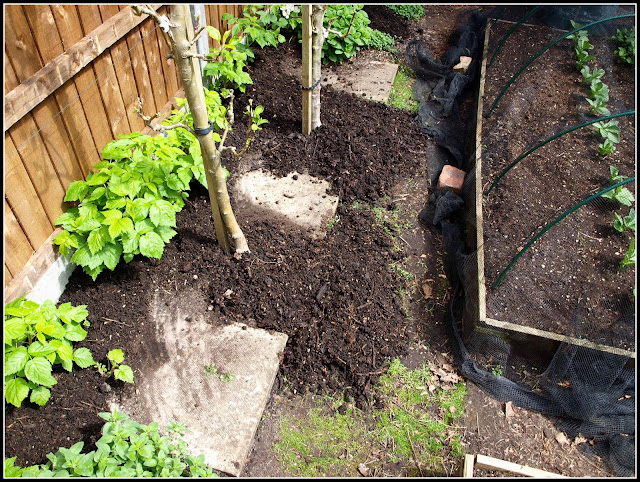 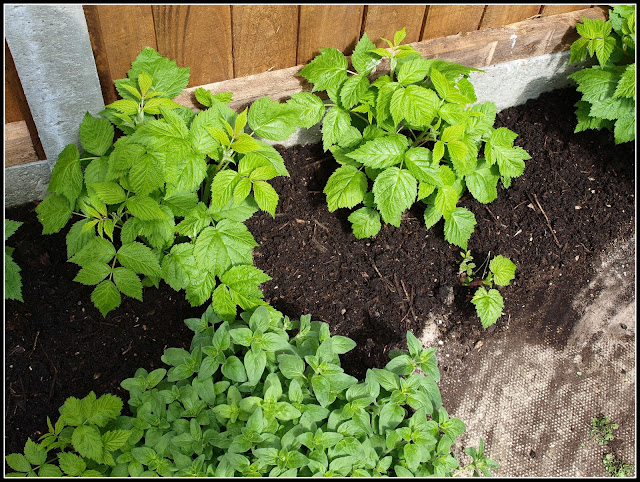 Applied like this, as a mulch, the compost will help mainly to conserve moisture in the soil, but later on it will gradually get absorbed into the soil itself, adding nutrients and contributing organic matter to improve the soil structure.

I have been gardening on this plot for 22 years now. Each year I do this distributing of compost at least twice (emptying my bins in rotation), and I use a fair bit of commercial compost for tubs of potatoes, tomatoes and such-like, but the level of soil in the raised beds never seems to rise significantly. Where does it all go? Just think what the plot would be like if I didn't apply this compost. Presumably the levels would be a lot lower.
Posted by Mark Willis at 16:00