There will be beans...

Hooray, my beans have germinated! Well, most of them anyway. In the persistently cold conditions we have been experiencing, I thought they would be reluctant to show - and who can blame them?

Runner Beans are a staple for me. I grow them every year, and I always feel insecure until there are some in and well-established. These are Runner Bean "Scarlet Empire", a variety which did really well for me last year. It's obviously early days still, but they look pretty strong so far. 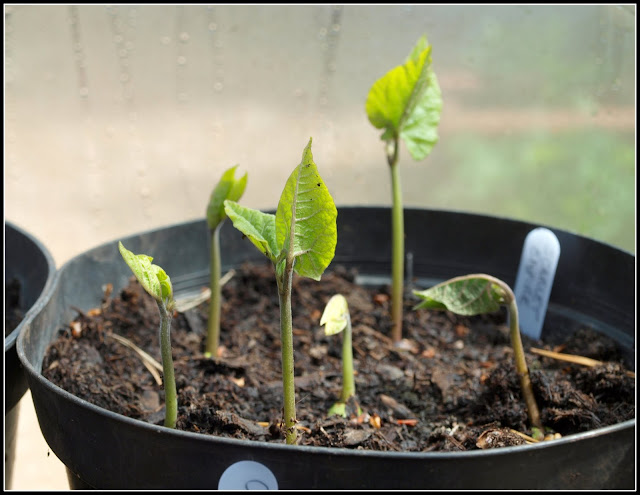 Runners need a good support system to climb up. I use 8-foot bamboo canes, like this: 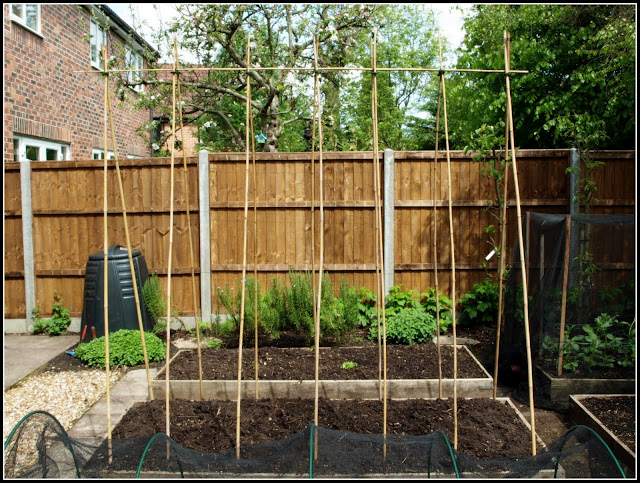 The canes are pushed into the soil about one foot, but that still gives me a frame that is about seven feet tall. Anything taller than that is impractical because you won't be able to reach the tops! The support-system needs to be pretty sturdy, because the plants will get very big - and at some stage will hopefully be laden with pods. A row of mature Runner Bean plants has a lot of wind-resistance too. One year the winds were so strong in July that I had to string a piece of nylon washing-line from my Runner Bean canes to a tree at one end and the house at the other in order to keep my bean-poles upright.

Don't you think the bean in this next photo looks almost like a young bird with its beak open and begging for food?  No? Well it must be just me then... 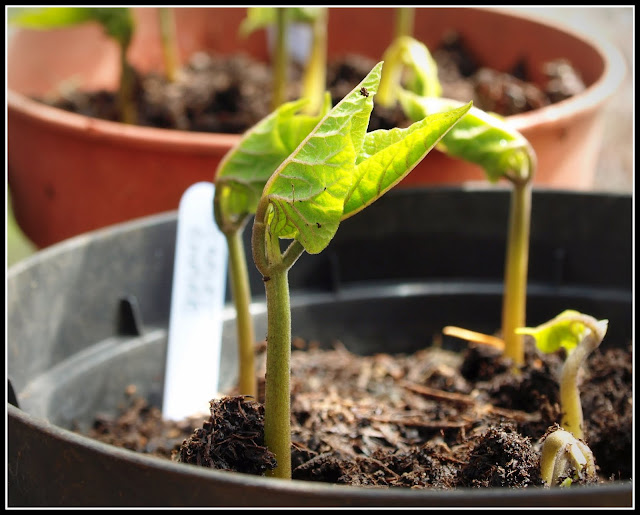 Alongside the Scarlet Empire I have another of my old favourites - climbing French Bean "Cobra". This is a very vigorous variety, which produces exceptionally large pods. 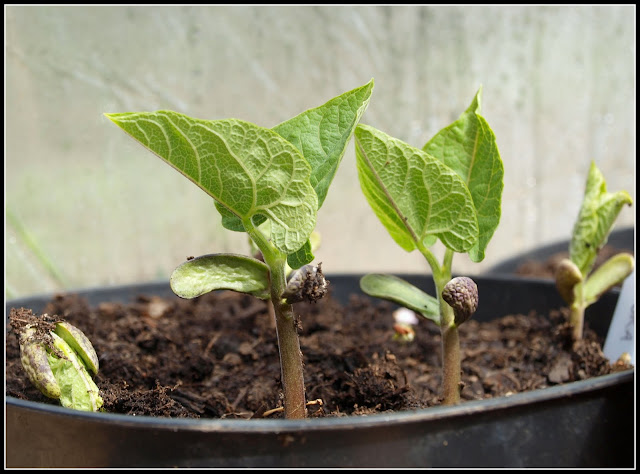 ﻿
In the past I have frequently had problems with maggots of some sort attacking the roots of my young bean plants, so I have taken to using nematodes as a counter-measure. This has greatly reduced the problem, though it has not entirely eliminated it. This is the type I'm using; it's a general-purpose type that counteracts several different types of pest. 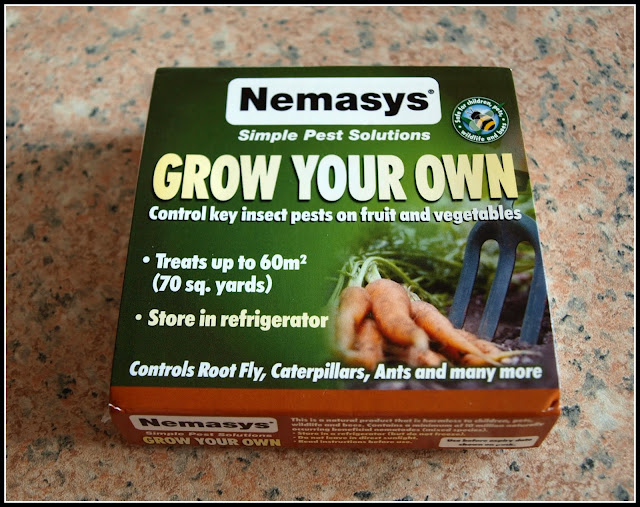 For those of you unfamiliar with nematodes, they are a type of microscopic parasite worm that attacks and kills the maggots and grubs that feed on our veggies. They are so small that the packet you see in my photo contains 10 million of them (though my pack was a couple short. I think I'll complain and send them back!). To apply them you empty the pack into a watering-can full of water and pour them into the soil around your plants. If you don't want to apply them immediately you can keep them for up to a month in your fridge. I'll be applying mine to the beds in which my beans will be planted, very soon.

I have today erected two wigwams of each of 7 canes, for my French Beans as well, so my garden is a veritable forest of bamboo! 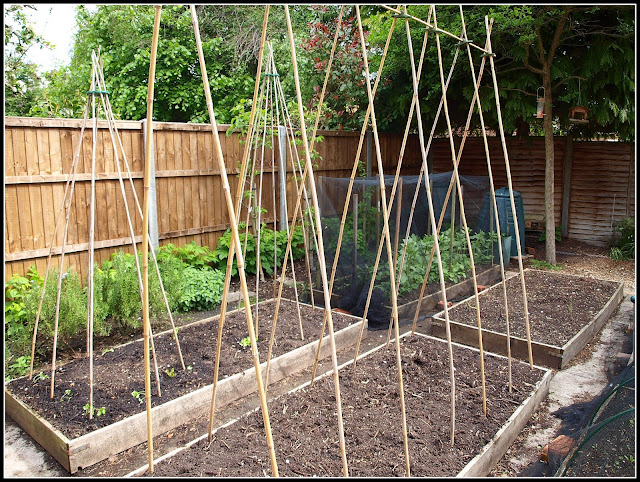 At the base of some of the canes I have planted some Parsley. My neighbours probably think I'm crazy: "He'll never get Parsley to climb those poles, will he, the silly man?" Actually I have put the Parsley next to the poles in the hope that they will be less vulnerable to fox/badger damage. 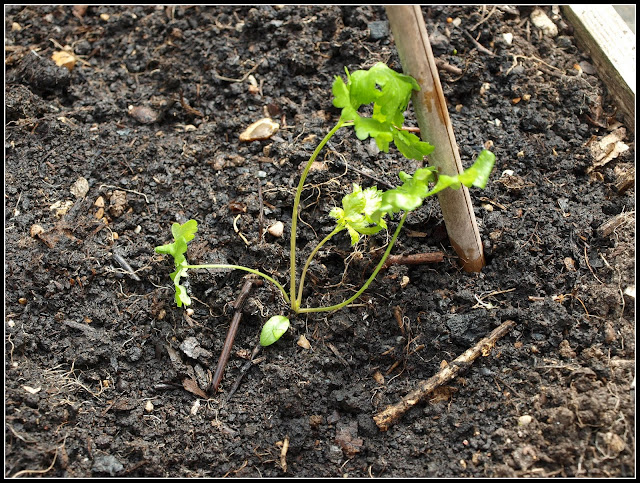