"Successional sowing" means sowing the same type of seeds at different times, in order to be able to harvest the crop over a longer period than if the seeds were sown all at once. I know this is a good thing to do, but normally I'm not very good at it. I always start off with good intentions, but get impatient and sow too soon. This year I am trying harder!

I have sowed my Broad Beans in proper successional sowing style. I have three rows of these beans, of three different varieties, and I waited until one variety had germinated before sowing the next one, in other words several weeks apart. Even though the later-sown ones always catch up a bit, it ought to mean that I harvest beans over a period of at least a month - perhaps six weeks.

The evening sun was a bit harsh when I took this photo, but I still think it shows quite well the difference in size between the three rows: at left "Bunyard's Exhibition" (20 Apr); in the centre "Witkiem Manita" (29 Mar) and at the right "Aquadulce" (15 Feb). 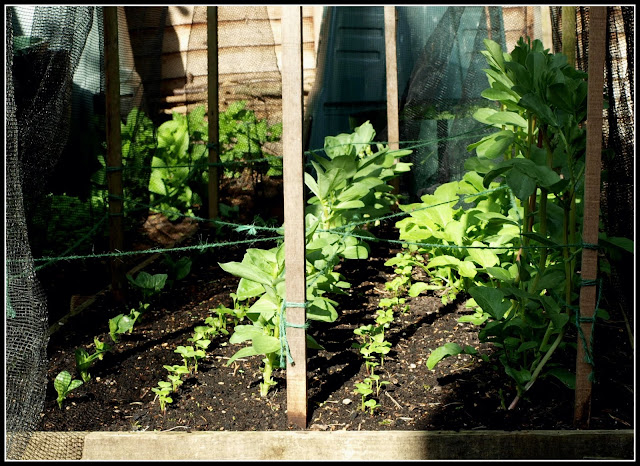 In between the rows of Broad Beans there are rows of fast-growing Radishes, which will mature before the beans block out their light. 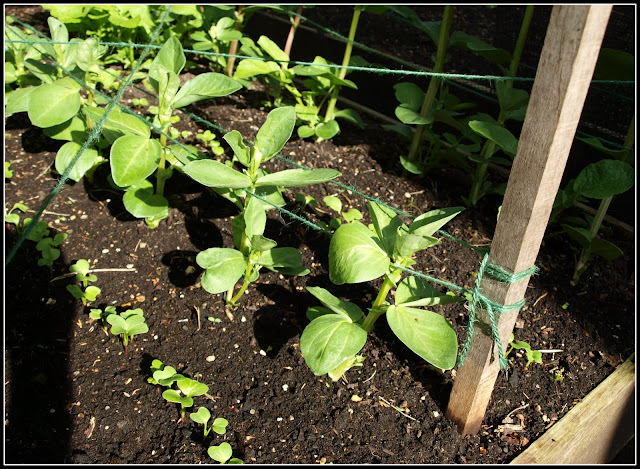 In my photos you can see the network of soft green string which is going to provide support for the growing beans, which are always a bit vulnerable to wind damage. 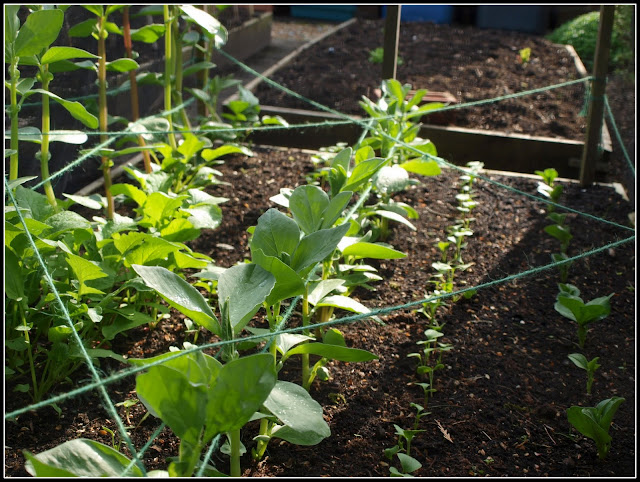 By the way, the successional sowing technique is also strongly recommended for salad crops, which mature quickly and often don't hold in good condition for long when mature. Vast rows of Lettuce may look nice, but there is only so much salad you can eat - and it doesn't freeze well!
Posted by Mark Willis at 16:00