The title hardly does it justice, but this post is about a meal I cooked on Saturday. Jane was away in London at a club committee meeting, so I had the kitchen to myself all day: bliss!

I started by baking some bread. Having been so successful with this the first time round, I followed Paul Hollywood's basic recipe again, but this time I made a "tin" loaf: 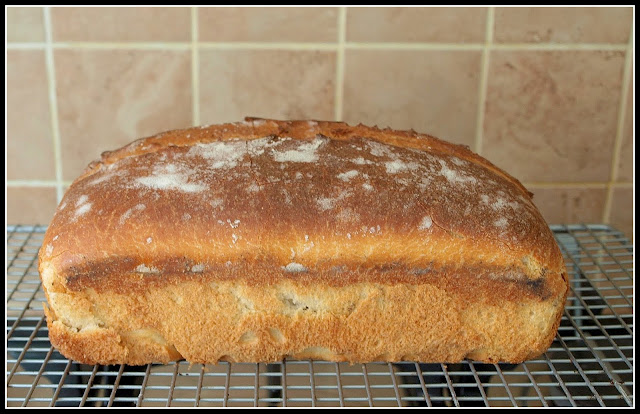 It worked - and I even remembered to grease the tin! I think the result proves that my first-time success last week with the Bloomer was not just a fluke. This time I paid particular attention to getting a nice crisp crust. 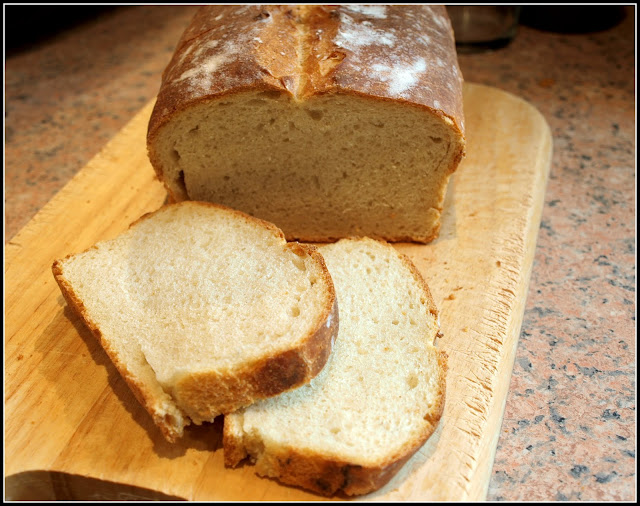 The bread subsequently became part of our Starter, some of it used to mop up some of our best olive oil, and some of it buttered, to eat with these - home-grown radishes, dipped in salt:- 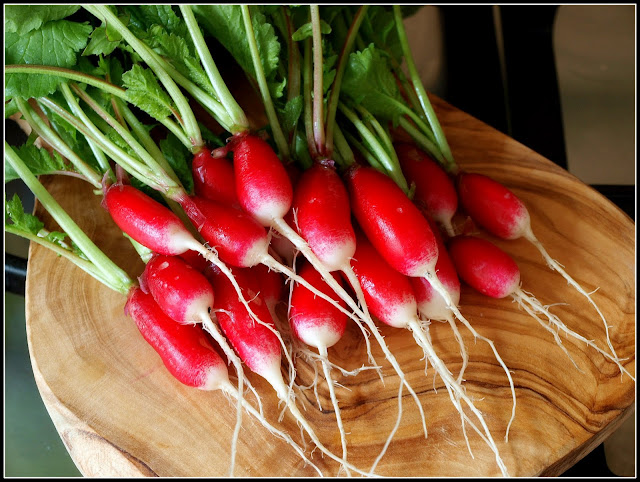 Here is the Starter then: 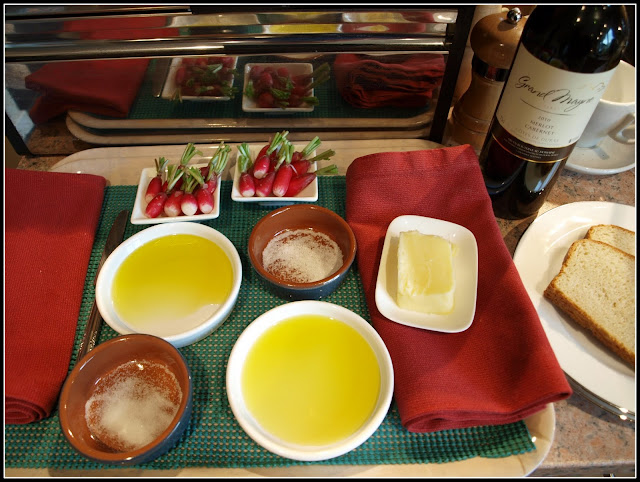 Main Course was leg of Lamb, roasted on a bed of lemony, thymey, garlicy potatoes. I had got the butcher to remove the bone from the meat and "butterfly" it - in other words make the joint into a fairly thin, flattish piece of meat. I marinated it for a few hours with olive oil, garlic, black pepper and lemon juice:

When it was time to cook, I peeled and roughly chopped about 750g potatoes, quartered two lemons, peeled and lightly crushed 5 cloves of garlic, added them to the pan and then sprinkled them with a good handful of fresh Thyme from the garden. I placed the meat on top of a "trivet" made from a large onion thickly sliced, and poured in two dessertspoons of white wine vinegar and a generous glass of white wine. Then into the oven it went for about 90 minutes, on a medium heat. At one point I added a bit of water and another splosh of wine, because I felt that the potatoes needed more moisture to avoid being burnt. Incidentally, the Rick Stein recipe on which my dish was loosely based recommended cooking some "traditional" roast potatoes as well, because the ones under the lamb might not be useable. I followed this advice, but it turned out to be unnecessary. The potatoes infused with the lamb juices and all the other flavourings were actually the star of the show!

The Rick Stein recipe suggested cooking the meat to the Well Done stage, and since I do tend to like my meat slightly beyond the Medium stage, this is what I did. In retrospect I think the meat would have been nicer cooked slightly pink. It wasn't half tasty though!


So then the Dessert - Rhubarb Cream made with home-grown Rhubarb. 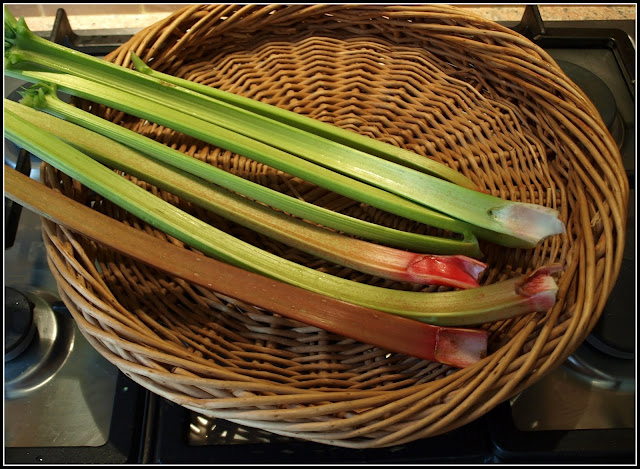 I cooked the Rhubarb in a covered pyrex dish, adding a tablespoonful of water, some peeled raw root ginger, a squeezed orange and about a dessertspoonful of Sweet Freedom (a sugar substitute suitable for diabetics). While this was happening I softened a couple of sheets of leaf gelatine and put them in a pan with about 200ml Elmlea Light (reduced-fat cream substitute) and gently warmed it until simmering. By this time the Rhubarb was cooked and I added the warm "cream" to it, stirred it in and decanted it into some glasses before putting it into the fridge to set.  This is the result: 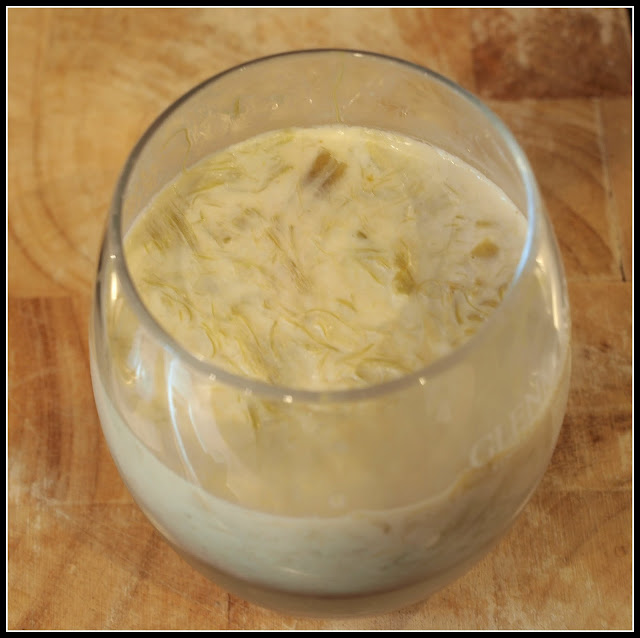 Just for completeness, I want to mention the fact that I also cooked some Good King Henry shoots, and served them as one of our veggies, alongside the Lamb. As ever, we were totally underwhelmed by this vegetable. It has some similarity with spinach, and some similarity with PSB, but is nowhere near as good as either. I think I'll just treat it as an ornamental plant from now on.

Should I add that the meal was complemented by a nice bottle of "our own" (Wineshare) Cabernet Merlot? No, you probably guessed that for yourselves!
Posted by Mark Willis at 16:00