Inspired by Sue's post on her blog Our Plot at Green Lane Allotments on this subject, I have been increasing my stock of Primroses and Polyanthus. [Polyanthus is the type which has multiple flowers on each stem, whereas Primrose flowers are borne on single stems.] 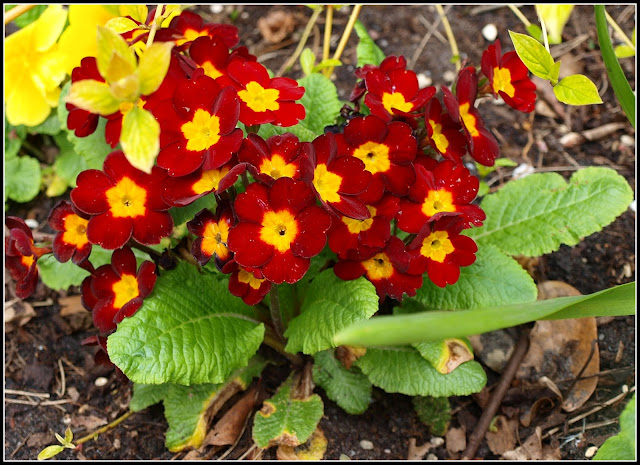 Last year I bought a mixed pack of six Polyanthus from my local Garden Centre, and they performed very nicely. I put them in pots so that I could move them around the garden, adding a splash of colour here and there. When they had finished flowering I transplanted them to the border at the bottom of the garden, where there were already a number of Primroses which I had had from previous years. The other day I noticed that several of the plants had produced babies: 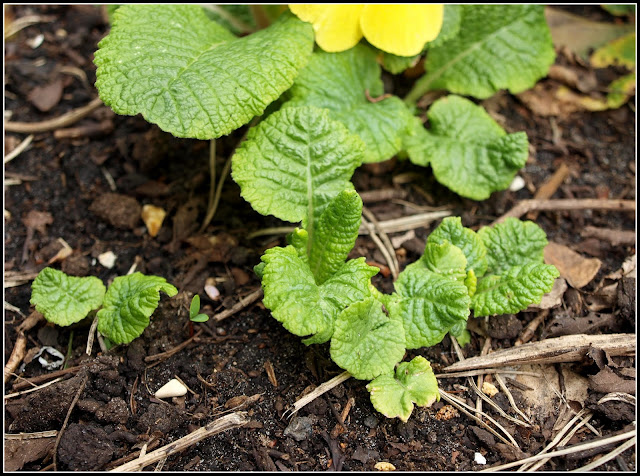 Since I'm always on the lookout for free plants, this was an opportunity too good to miss. I dug up several of the tiny plants, noting with satisfaction how strongly rooted they already were, despite their small size: 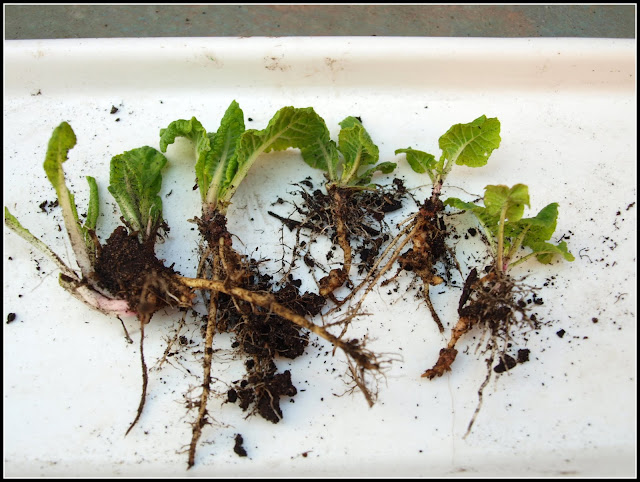 Some of them were still attached to their parents, so had evidently been propagated via the root systems, but others were completely detached, so must have been produced by seeds.

The little babies have ended up in a rectangular stone-effect planter which I have had for many years. I had earmarked it as a suitable container for placing next to the big Woodblocx raised bed in order to soften its rather harsh outline, but I hadn't yet got anything to put in it. Now the solution has produced itself! 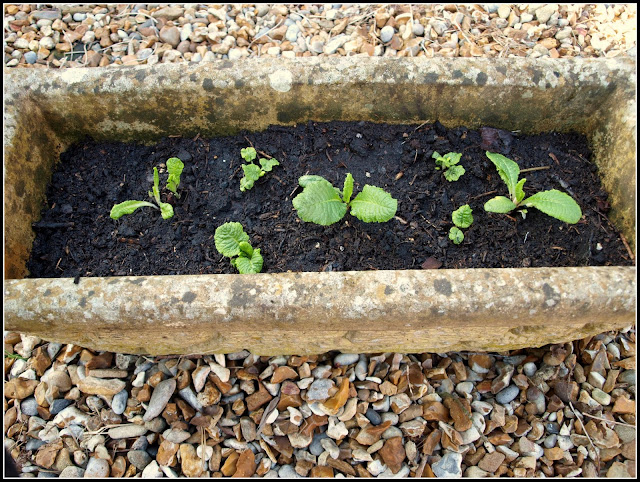 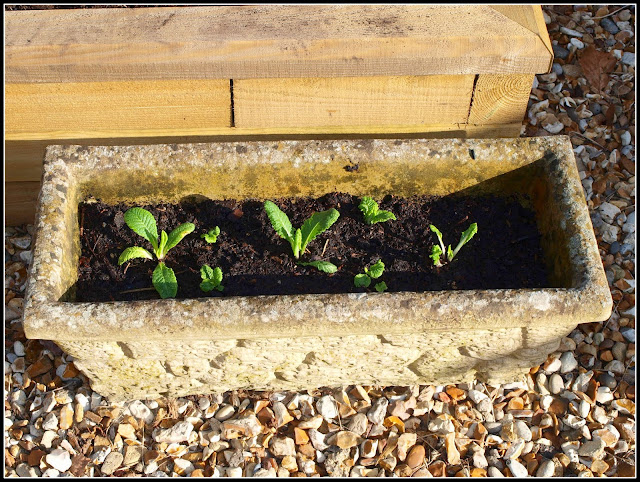 Unfortunately, the clump of "natural" Primroses that I like so much hasn't produced any babies, but it is certainly a lot bigger than it used to be. Just look at these two pictures of the same plant two years apart:-

This year has been a good year for wild Primroses. All the banks along the sides of the motorways and roads here in Hampshire are absolutely full of them. Really beautiful!
Posted by Mark Willis at 16:00