Making the best use of space

When you have limited space in your garden, I think you need to make best use of it. One way to do this is to sow or plant a "catch crop" - in other words a quick-growing crop that will mature well in advance of the main crop you are growing. This is also sometimes called "inter-planting" or "under-cropping".

Here I have planted some lettuces in the space between my rows of Runner Beans. It will be a few weeks before the foliage on the bean plants gets very dense, and I hope the lettuces will be ready before then. 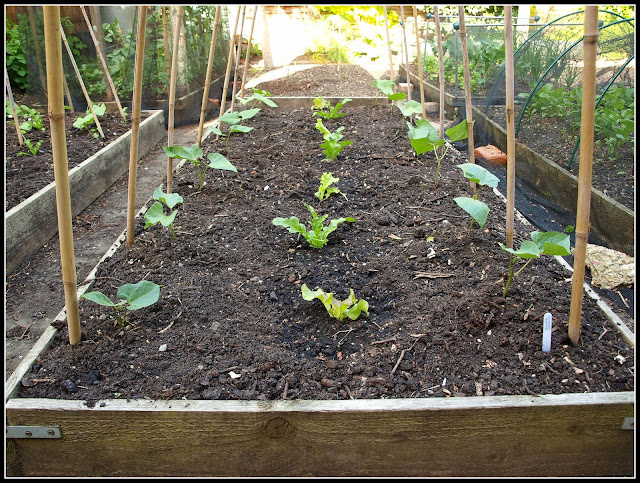 I have applied the same approach in the next-door bed where I have two circular teepees for growing Climbing French Beans (aka Pole beans). 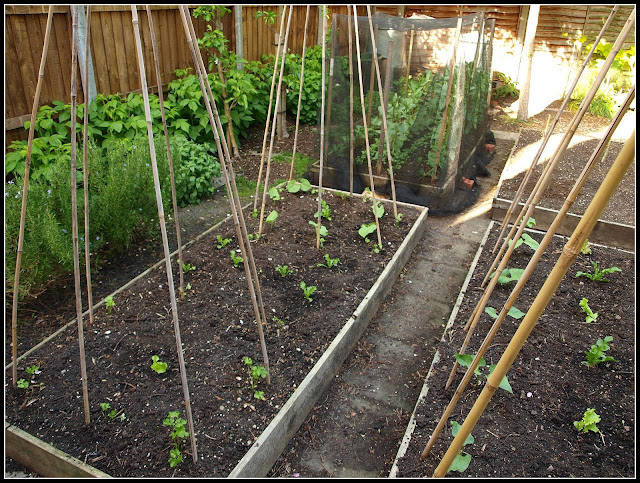 In this case there is only one lettuce in the central area (though it is a Green Oak Leaf one which can get pretty big), but I have put Parsley plants at the base of each cane too. The French Beans are my old favourite "Cobra", by the way. The teepee nearest the camera in the photo above has yet to get its beans. I plan to populate it with heritage beans sent to me by a friend, but I'm having problems with germination rates and have had to re-sow. 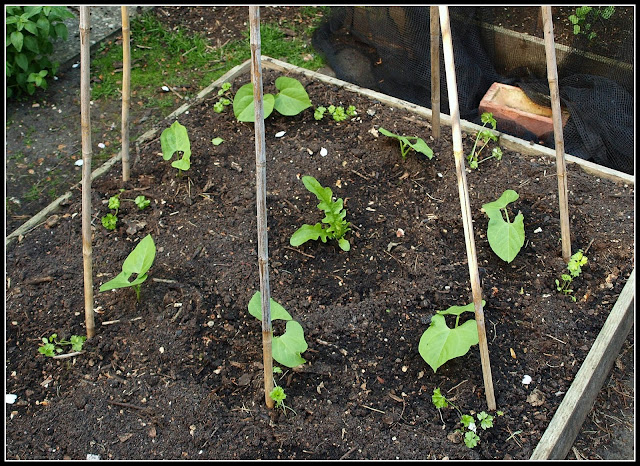 Rather than waste the empty space between the two teepees, I have filled it with six Endive plants. 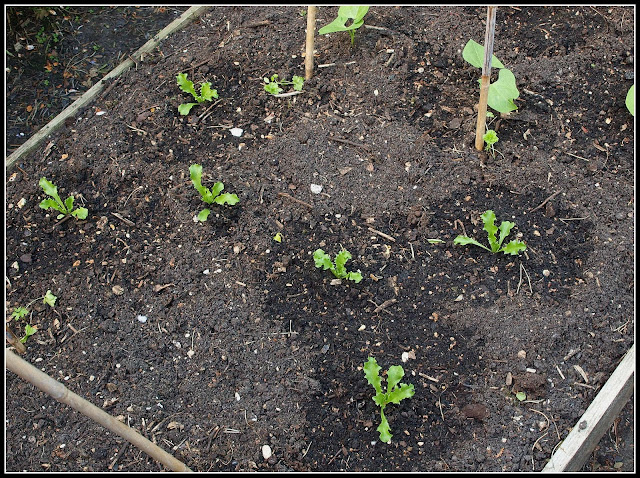 These ones are "Pancalieri", a variety appropriate for Spring sowing. They will probably mature some time during July.

I've shown you these before, but they fit today's theme. They are rows of Radishes in between rows of Broad Beans. 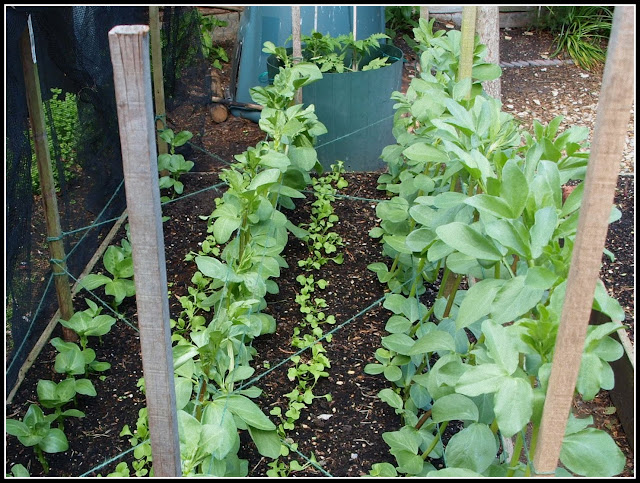 Of course, when you really have run out of space in your vegetable beds, then you can resort to growing stuff in pots and containers: 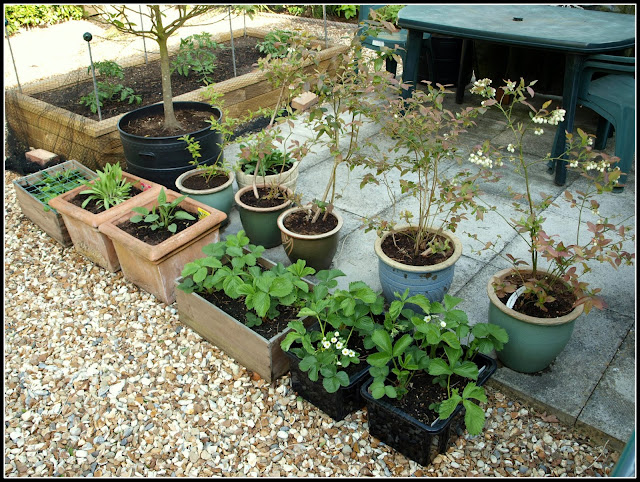 I am a great advocate of container growing, mainly because containers give your garden plans (especially layout) such flexibility. You can move stuff around at will, exploiting or responding to the weather conditions - for instance bringing pots under cover if frost is threatened, or putting them out in the full sun when justified. And of course, your growing space can grow in little increments (barely noticeable by the OH maybe...?).

Any of you who are similarly interested in the potential of containers might like to visit a new blog I have found that is devoted to this subject - Daniel Bourhill's  "Bagriculture"
Posted by Mark Willis at 16:00