Isn't it true that at certain times of the year flowers with a certain colour predominate? Here in the UK Spring is characterised by yellow flowers - daffodils, primroses, Forsythia, Gorse, whereas early Summer is all about blues and purples. Our neighbourhood is currently full of clematis, lilac, wisteria and bluebells.

My garden is having a purple patch.  I have Chive flowers that are just opening. 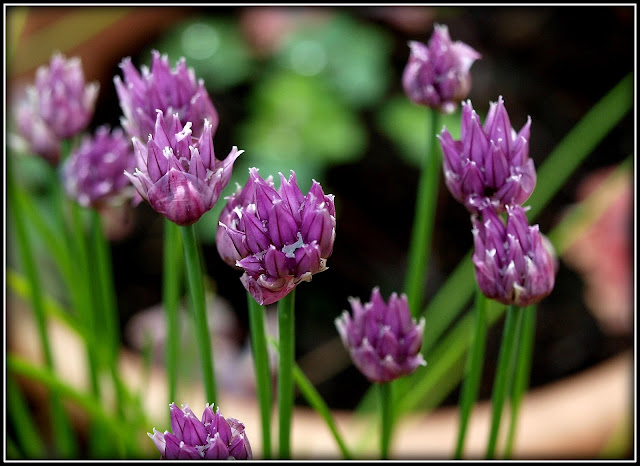 The Oxalis "Red Burgundy" has just started to put up its leaves. All this lot appeared in the space of about a week. One day there was a pot of bare compost, then up pops one little leaf 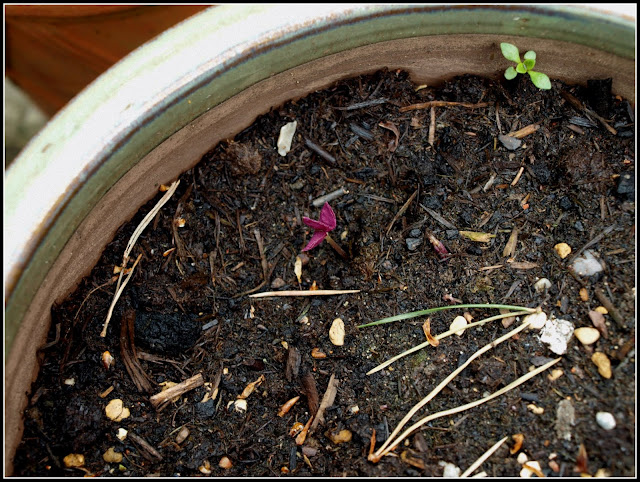 and a week later there was this: 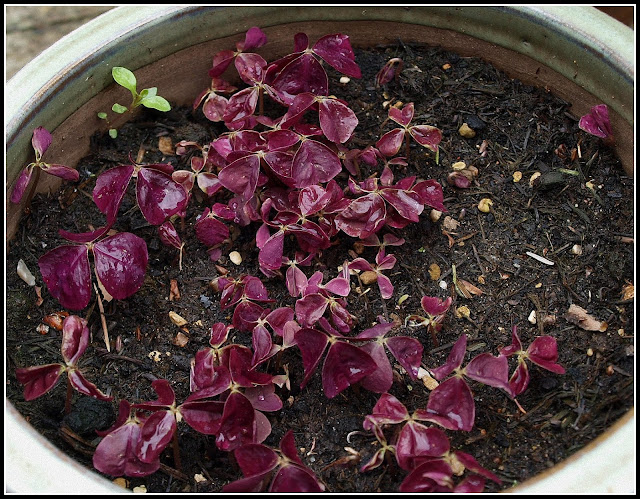 The little green seedling at the top of the photo is a self-seeded Winter Savory, so I shall let that get a bit bigger and then transplant it.

Watching the TV reports about the Chelsea Flower Show this week I see that Heuchera is very much in fashion. Alan Titchmarsh was singing the praises of a variety called "Pacific Purple", which looks quite similar to the one I have, which is "Palace Purple". Its leaves are a very dark colour, almost chocolatey: 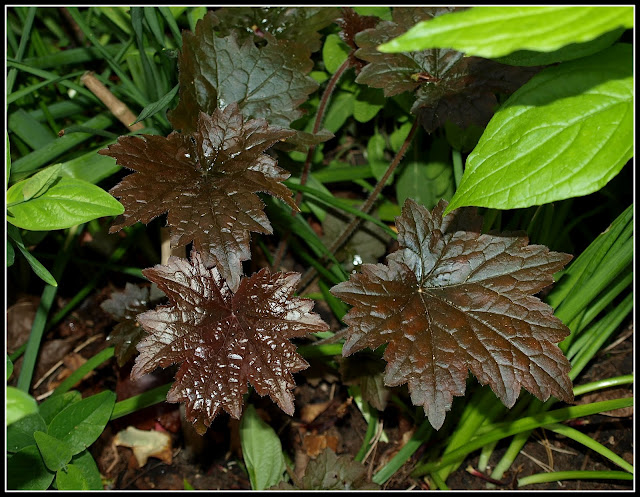 Heuchera has never really done well in my garden, so maybe my soil doesn't suit it. I re-located it to a new position last year, so perhaps this year it will do a bit better...

Aquilegias are also in fashion, which is nice because I am currently having a bit of a craze on them. These are leaves of Aquilegias grown from seeds sent to me by my blogging friend David Ford. In the absence of an official name for them I have called them after him. 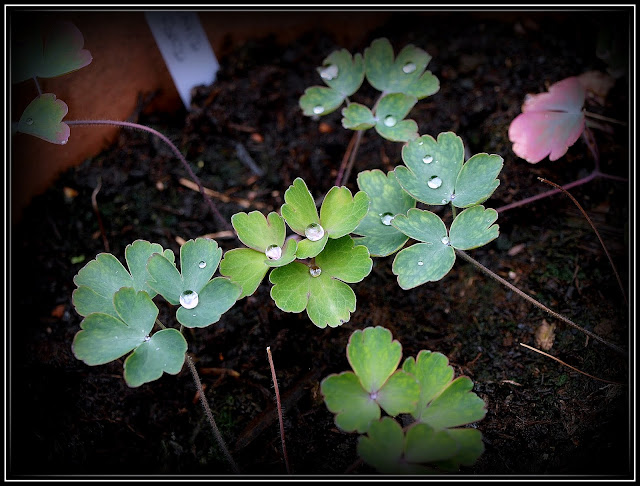 They haven't flowered yet, but this is what they are going to look like (very much in keeping with the Purple Patch theme...)


This is another Aquilegia, one which has been in my garden for years. It may not be new and exciting, but I love it. 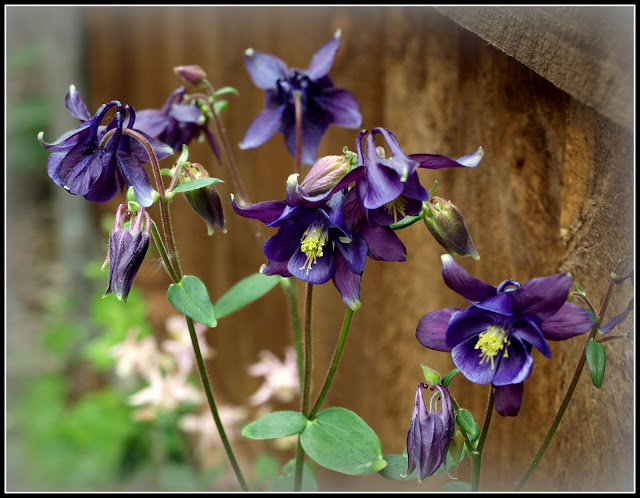 ﻿
My Cotinus is not yet "fully clothed", but is already displaying a huge splash of purple: 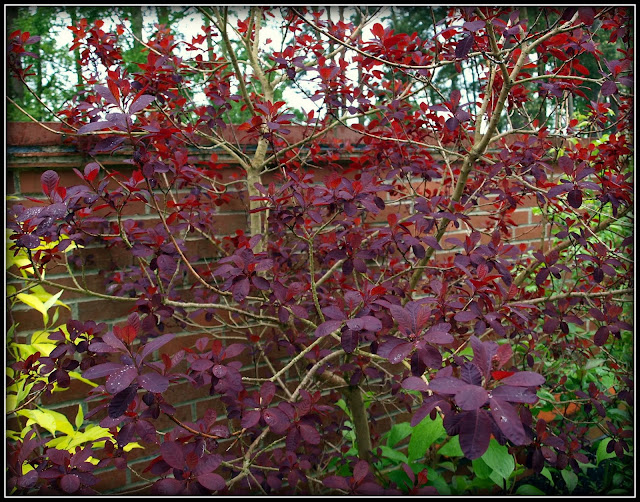 The very young leaves are quite red, and almost transparent, but as they mature they go a deep purple colour. 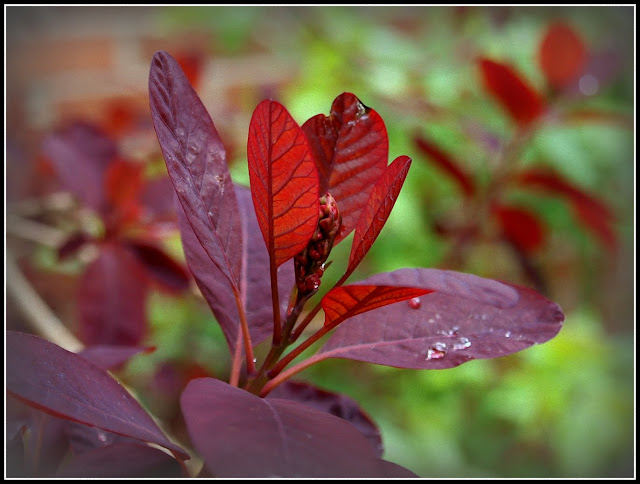 Unfortunately the beetroot which might have added a veggie note to this purple post are a long way off being ready.