Cutting down the Asparagus

It's the time of year to cut down the Asparagus fern (foliage). Although mine had not yet turned yellow - which I would have expected it to have done by now - I felt that leaving it in place any longer would be a bad thing, because the strong winds we usually experience during the Autumn and Winter months would blow it about a lot, potentially disturbing the roots of the plants.

Normally I have difficulty finding space in my compost bins for the voluminous Asparagus fern, but this year I have a new opportunity:- 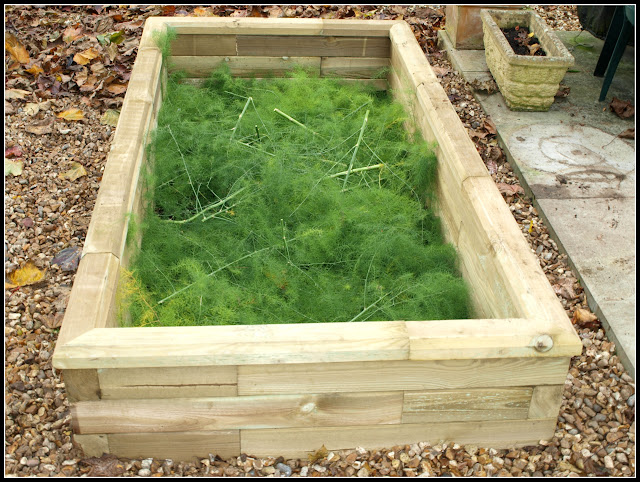 I have decided to fill the new Woodblocx raised bed with masses of home-made compost, hopefully creating a very fertile bed in which I will be able to grow some good cucumbers next Summer.

I cut off the stems of the Asparagus about six inches above ground level so that I can identify where the crowns of the plants are. Some time soon I will buy some Growmore general fertiliser and apply a liberal dose to this bed, in order to get the plants off to a good start next year. In the meantime I expect the birds will have fun rooting around for grubs in amongst the leaf litter. 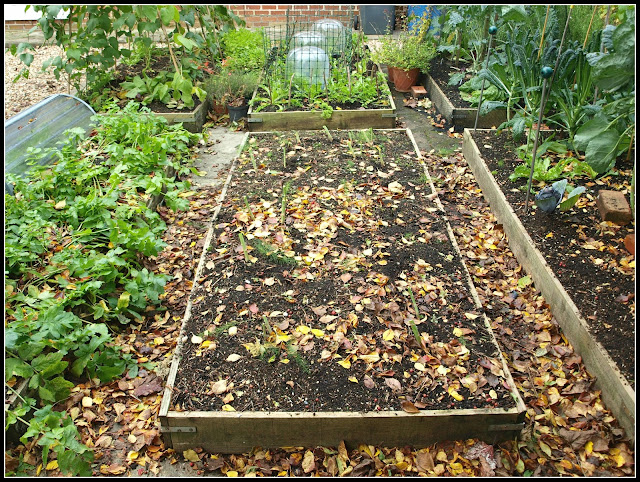 Beyond the Asparagus bed in the photo above you can see a bed with some plastic cloches in it. These cloches are protecting some of my Endives. 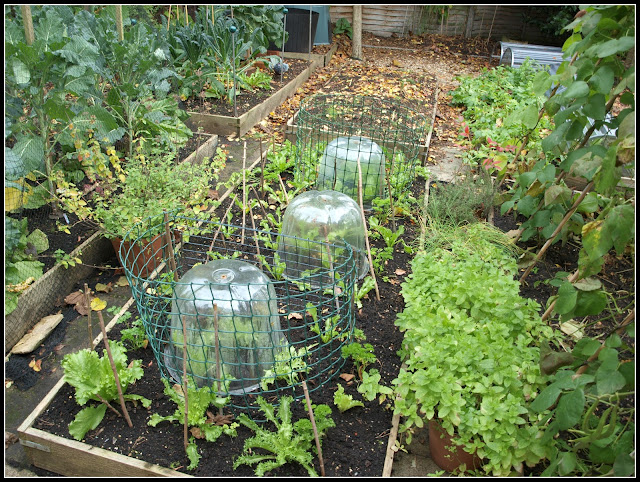 As well as the cloches (which are mainly intended to provide protection from the weather) I have also used a mass of little sticks and some wire "obstacles" to try to minimise damage caused by the foxes, who seem to take great pleasure in uprooting the salad vegetables to see if there are any worms underneath.

The paths on either side of this bed are currently blocked with pots of herbs, which I have temporarily moved away from the house because we are having our gutters replaced and I don't want ladder feet in the pots!

Looking beyond the Endives you can see what else is growing on my plot: Purple Sprouting Broccoli, Cavolo Nero and Brussels Sprouts just visible at the left, and Parsnips alongside cloched Lettuces on the right. 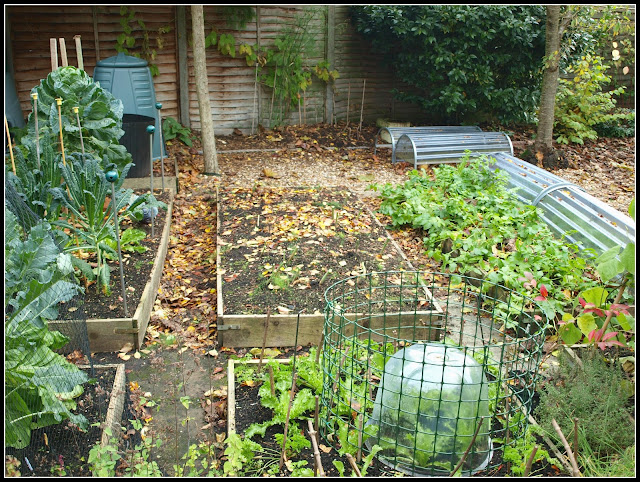 Out of shot to the right, the Runner Beans are STILL going. Here they are... 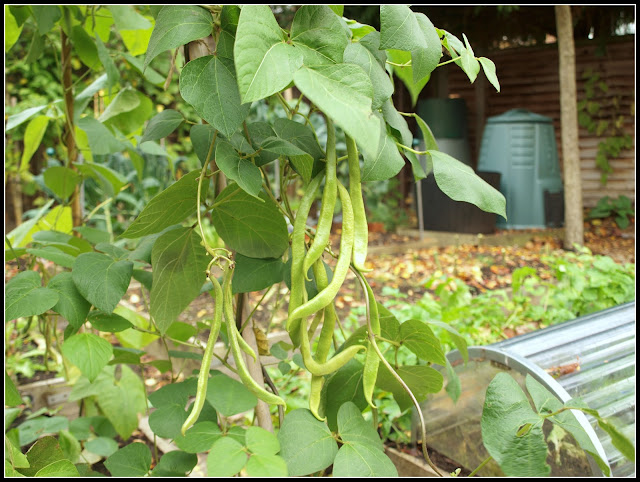 Considering the lateness in the season, I think some of these are remarkably good specimens: 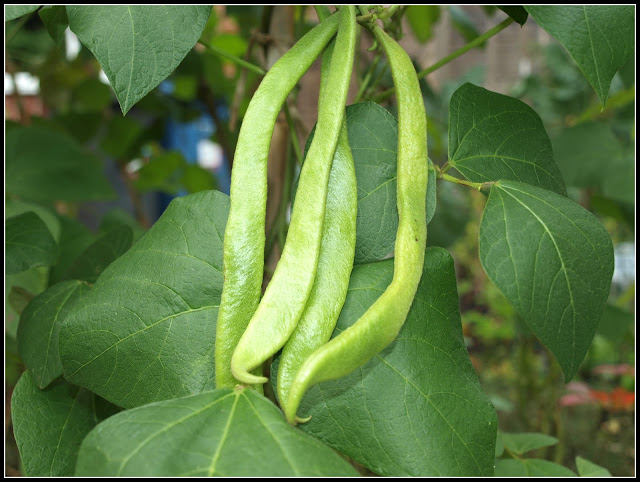 As soon as we get a sharp frost (which is likely to happen very soon) these beans will die, but I have already nominated them for the "Man of The Match" award because they have been easily the most successful veg I have grown during 2012. For the record, the best of the two types I grew was "Scarlet Empire". The other, less prolific, type was "Red Rum".
Posted by Mark Willis at 16:00