I have seen so many of my blogging friends (mostly those in the USA) write about smokers, home-cured meats, bacon, etc that I decided I had to have a go at this myself (albeit in small scale!). 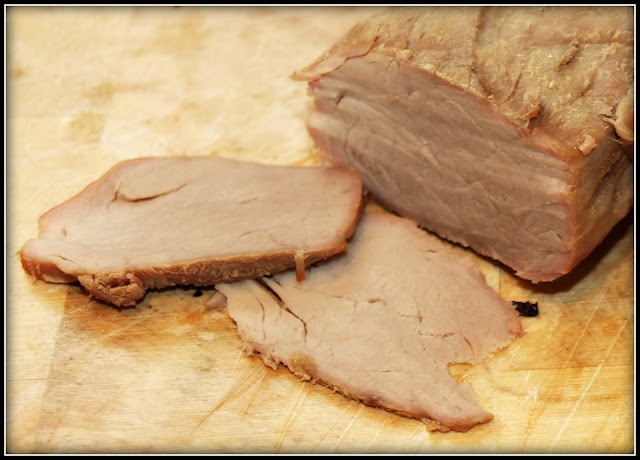 I don't possess a real smoker, so I used a wok instead. My wife Jane has used this method successfully before, to smoke chicken, so with a bit of help from her I adapted the technique and applied it to smoking pork.

The first step is to line your wok completely with aluminium foil, so that it doesn't get burnt in the process: 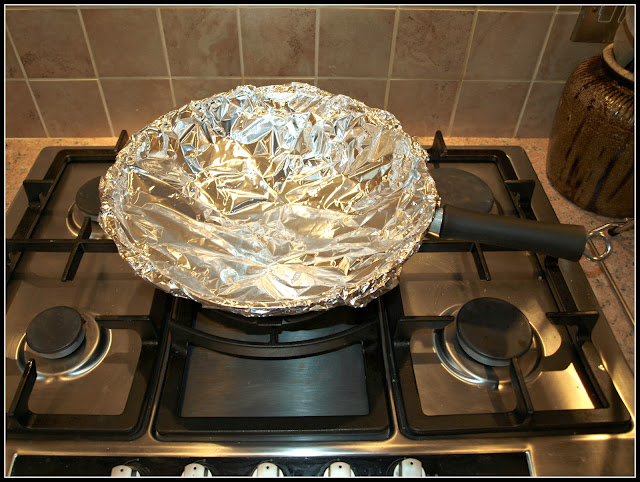 Then assemble your ingredients. I used a well-trimmed pork fillet, with all the sinews and membranes removed, along with 4 tablespoons of dry rice, 2 tablespoons of tea leaves and a teaspoon of my home-grown fennel seeds. 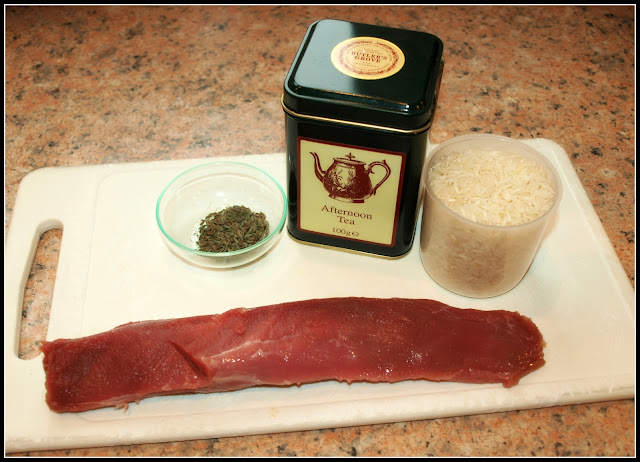 You then put the rice, tea and aromatics (I used Fennel, but you can use whatever you think is appropriate), into the lined wok, and mix them up. This is the "smoking mixture" that will burn and make the smoke. Then you put the meat on a rack inside the wok. I cut the fillet in two, because it was too long to fit in the wok without being curled. 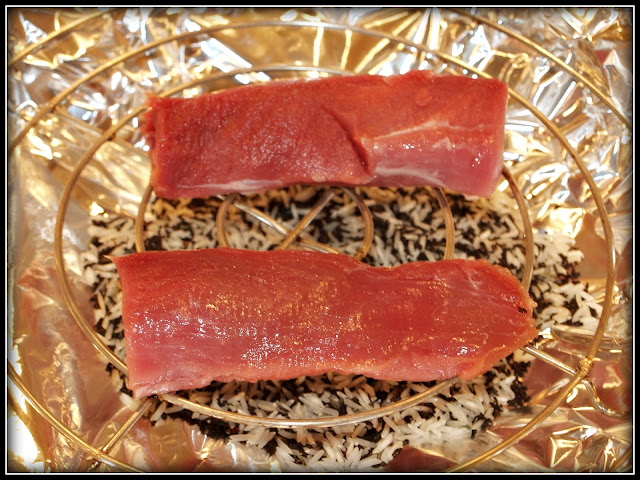 You then turn the heat up to full blast so that the smoking mixture gets very hot and begins to burn - and therefore emit smoke! Now put the lid on the wok. 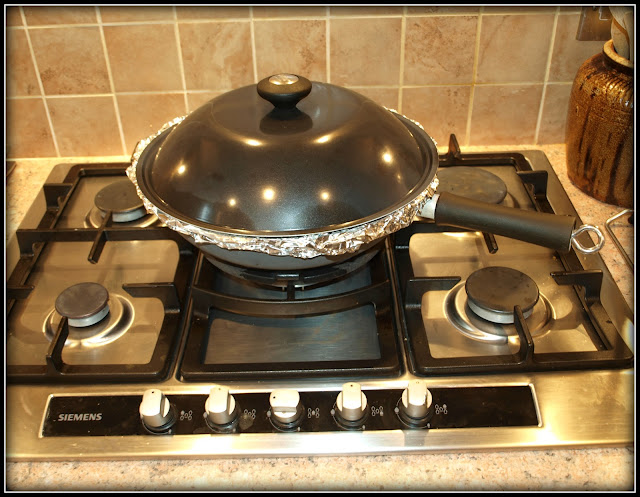 After 5 minutes at really high heat, turn it down to the lowest setting and let it cook for about 20 minutes. It's not possible to say exactly how long the cooking will take - you just have to judge it "by eye". I checked it after 15 minutes, but it was nowhere near ready, so I let it cook for another 15 (a total of half an hour, that is), though in retrospect I reckon 10 more minutes would have been enough. Then remove the meat and let it cool down. It doesn't look particularly appetising like this, does it? 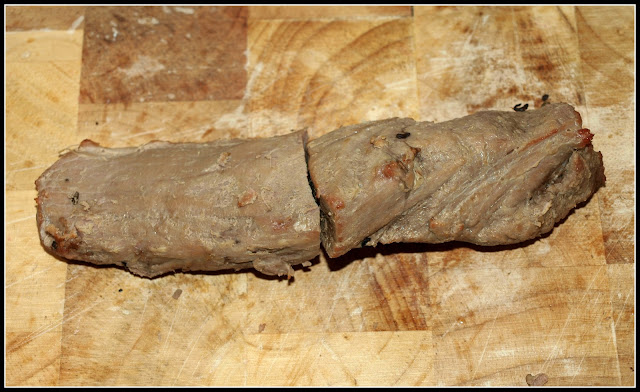 When cool, slice thinly... It looks much nicer inside! 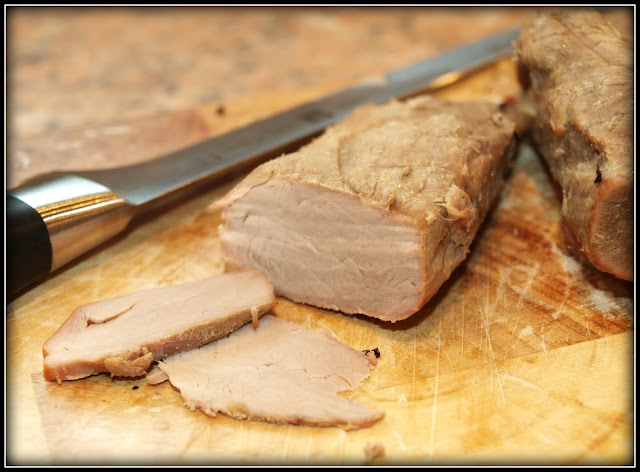 Serve with pickles, chutney, Picalilli, cheese, etc, etc - whatever you like.

I was very pleased with the result. I loved the meat cooked like this. Jane was not so enthusiastic. It was too smoky for her. But then, we always differ on this!