In the UK most people think of Lettuce as being a Summer crop, but the truth is that if you choose the right variety you can grow Lettuce more or less all year round. With the protection of a cloche, certain types of Lettuce will survive some seriously negative temperatures. Last Winter we had some very harsh conditions, yet I produced some of the best Lettuce I had ever grown! The varieties I grew were "All Year Round" and "Winter Density". This year, to be honest, I forgot to sow Lettuce seeds specifically for Winter growing, but I did have some "Webbs Wonderful" that went in rather later than they should, so accidentally became my Winter crop. 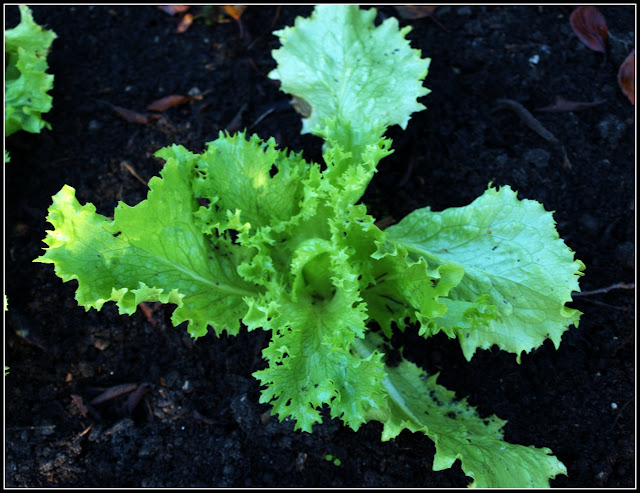 The Webbs Wonderful is an Iceberg type, which when mature produces a tight crispy head. It is a variety that has some 'resonance' for me since it is one that my Dad always used to grow in his garden in Cornwall. Because of this it reminds me of my childhood and teenage years. It is quite a big one though, and needs a fair bit of space if it is to do well. For this reason I only have a small number of them. I have eight of them under two of my Longrow cloches, and a further three (or is it four?) in various other places.

At the weekend I briefly removed the cloches to see how my Lettuces were doing. I think this is a good thing to do, because it gives you the opportunity to remove any decaying leaves - of which there are bound to be a few at this time of the year - so that you limit the spread of any fungal diseases. You can also add a few more slug pellets if you use such things, and water the plants if they need it (since the cloche prevents them benefitting from rainfall). 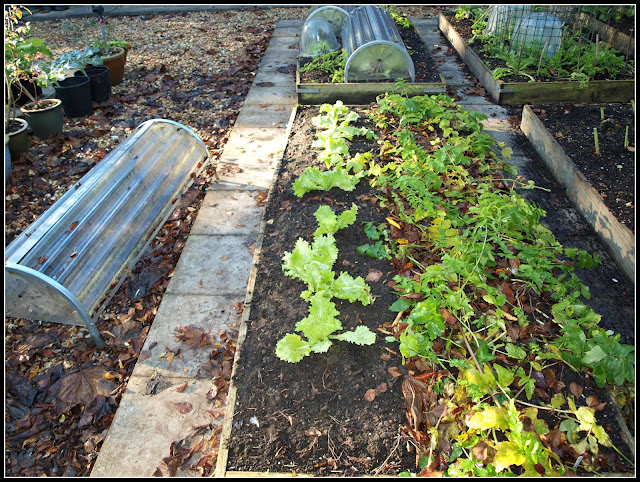 My Lettuces are nowhere near ready yet; they are still immature. I think they are doing OK though. You can see that the leaves are beginning to "curl in" and form hearts. 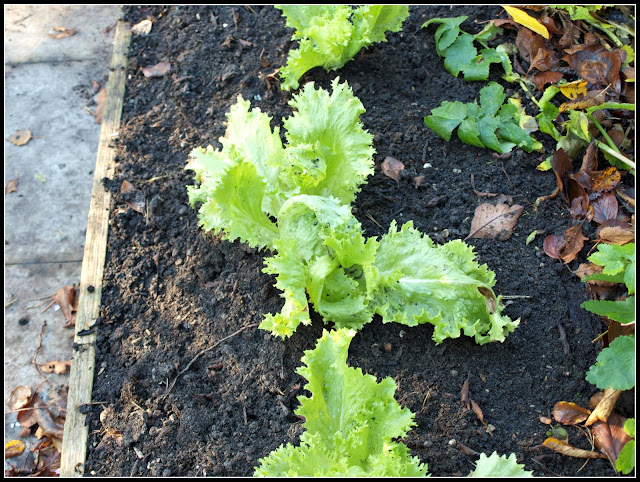 With a bit of luck these Lettuces will keep growing and in another few weeks will be ready for using. Actually, as with most Lettuces, you could use them right now - you just wouldn't get a very big yield.