Regular readers will know full well that my garden is plagued by foxes. They do an enormous amount of damage in my small garden, in which every plant is precious. I know from years of observation that the foxes make a nightly "Tour of inspection" of this area, working their way through all the gardens seeing if they can pick up some scraps, rummage in a poorly-secured dustbin, or dig up some vegetables. Now I know they don't deliberately dig up plants; they only do that in order to get at worms underneath, but even so, the plants still get uprooted.

The foxes seem to follow an established route, which they have used to my certain knowledge for at least 21 years, because that is how long I have lived here, and they have always followed this path. They like to enter and exit my garden at certain points. Now if it were down to me, I'd tolerate this. In fact I'd even make a "door" for them, since that would minimise damage to my property. Unfortunately my neighbours adopt a different approach. They attempt to block the foxes' entry points with big stones, paving-blocks, bits of wood etc. When this happens, the foxes simply dig another hole under the fence - oblivious to the damage they cause to the fences and the plants growing nearby. Here's what confronted me yesterday: 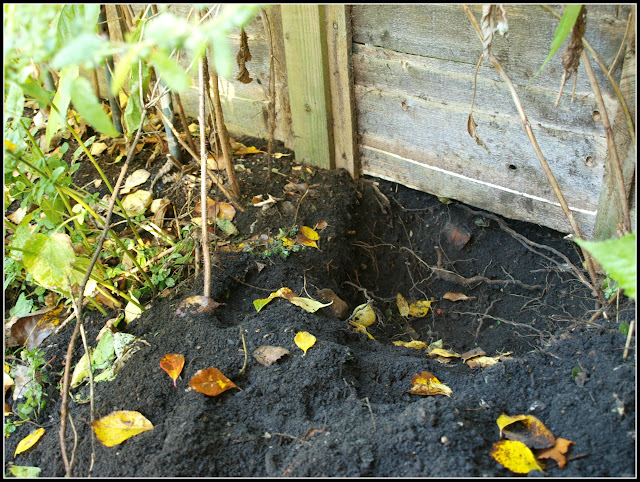 Yes, a new hole under the fence. Under that pile of soil lie some Marjoram plants, and just out of shot to the left is this: 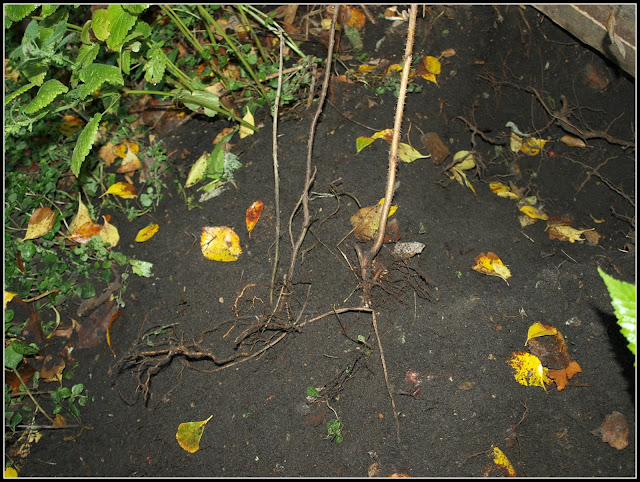 Two of my precious "Autumn Bliss" raspberry plants, completely uprooted. Well, I did the only sensible thing - I transplanted them further along the fence, and I didn't fill in the hole. But I expect that within a couple of days the hole will have been blocked on the other side of the fence, and the whole thing will start all over again.

Yes, I was angry when I took those photos. But then I calmed down and looked for some other more attractive photo-subjects. It was, after all, a nice sunny morning...

The Ladybird Poppies are having one final fling before Winter: 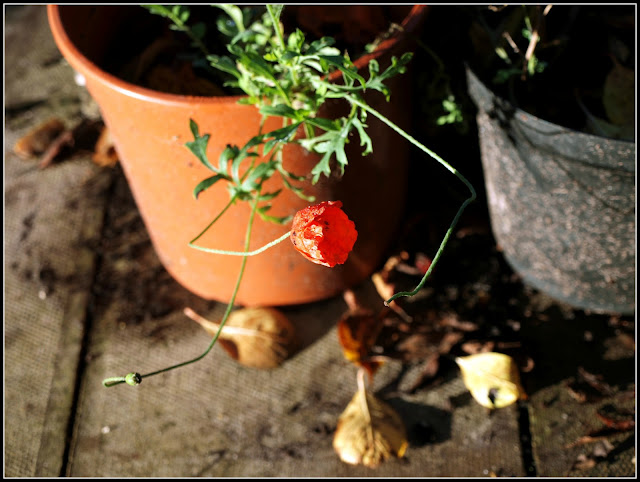 But the last of the Dogwood leaves are falling off. The final leaf on each stem is often the last one to go. 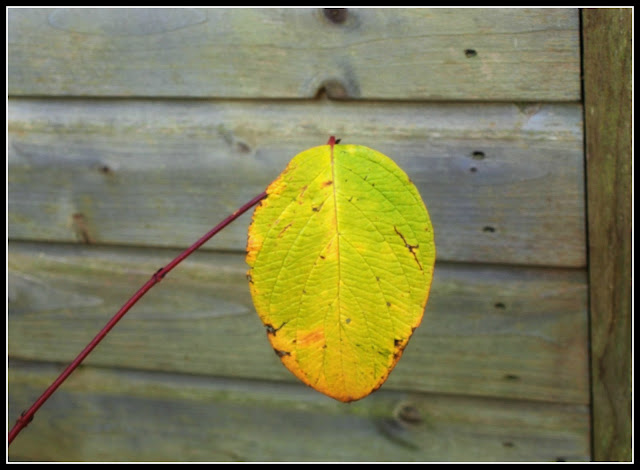 The Blueberry bushes look almost transparent in the sunlight. 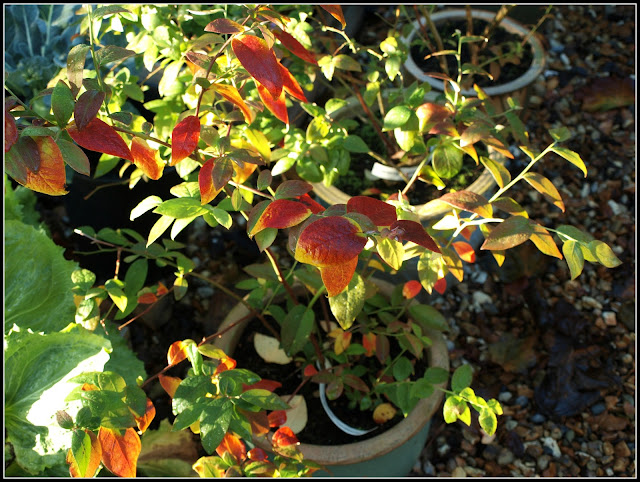 ﻿We've just had all the guttering on our house replaced, so in an odd way I'm rather looking forward to having some heavy rain, just to see how the new gutters perform. Now that we're into November, I don't think I'll have long to wait... 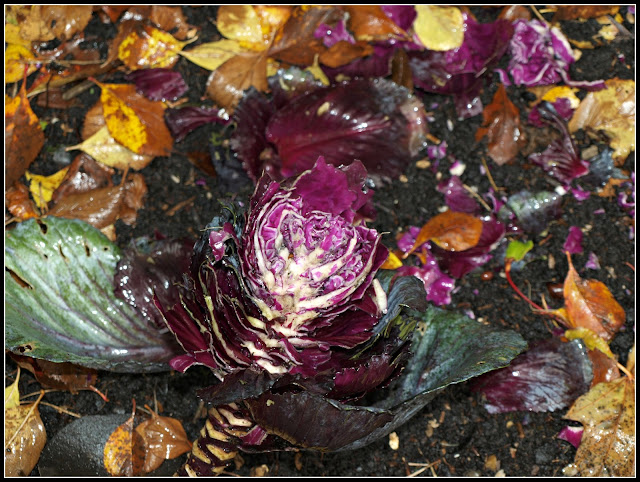 Something has completely destroyed one of my precious Red Cabbages! I only have had three and this one is definitely beyond redemption. Now I wouldn't normally expect a fox to gnaw through a cabbage like that. All I can think is that maybe they spotted a worm hiding in amongst the cabbage leaves and decided to rip the vegetable apart in order to get it. The fact that there is a large excavation in the raised bed right next to this ex-cabbage is circumstantial evidence, because this is very characteristic of the fox's antics.

P.P.S. Jane said that only I would dash outside in the pouring rain to photograph this cabbage and thus turn a miniature disaster into a blogging opportunity. Thanks, Jane; I'll treat that as a compliment...!