One of the things I bought with my £500 prize from the Achica blog competition was a coldframe. My previous one was made of aluminium with glass panels and I wasn't happy with that from a safety point of view, now that we have two grandchildren who are likely to be zooming around the garden from time to time, so I have disposed of it. The new one has a wooden frame with twin-wall polycarbonate panels, so it is a lot safer .

A coldframe is useful for two purposes: it is primarily used in the Spring-time as a place to protect tender young seedlings before they are ready for planting out, but it is also useful as a place to over-Winter potted small plants, such as herbs. A coldframe will protect your plants from the wind, and from direct contact with snow and frost, but you mustn't expect it to keep them warm. The temperature inside the coldframe in Winter is not likely to be significantly warmer than outside - perhaps a degree or so if you're lucky. I have heard though that you can create what is in effect a storage heater for your coldframe by putting inside it a large container of water (for example a 20-litre plastic jerrican). This will absorb heat from the sun during the daytime (even in Winter you usually get some sunshine most days), and will release it slowly during the night - water will cool much more slowly than the surrounding air. If you use this method, remember not to fill the container completely because if it freezes it may burst, since the volume of water increases when it becomes ice. [Note: I have not personally tried this technique. If you have, can you please let me know if it was successful?]

The new coldframe is made by Botanico. Its dimensions are 100 x 65 x 45cm. Assembly was a simple enough job, requiring only a screwdriver. Fortunately the polycarbonate glazing was already fitted in the panels. 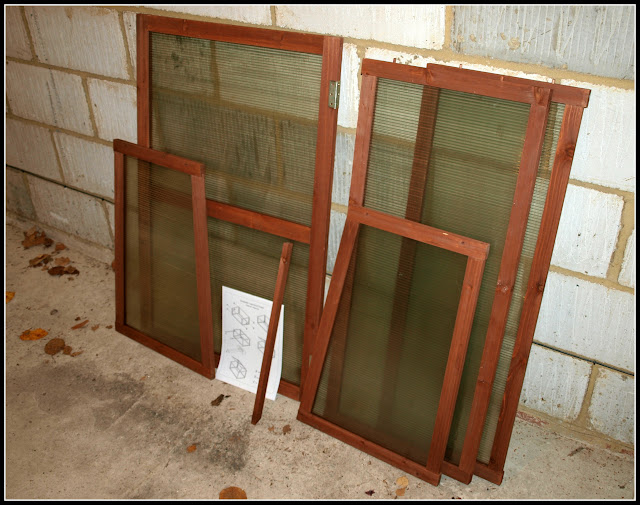 I was unimpressed with the quality of workmanship. One of the panels was already split: 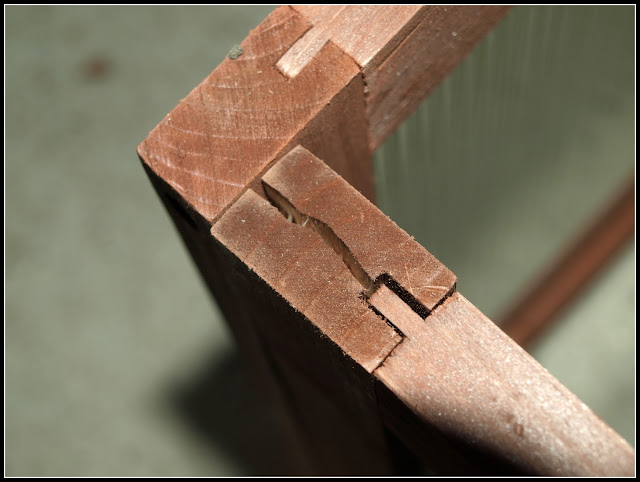 I am worried by the lightness of this product's construction. I think it may be too light, and it seems likely to be blown away at the first hint of a storm. When you buy a thing like this they always tell you its dimensions, but how often do they tell you its weight?? The wood used on this one seems exceptionally flimsy. I had been hoping for hardwood, but instead got very soft softwood - hardly more substantial than balsa! Anyway, half an hour or so later, the thing was built: 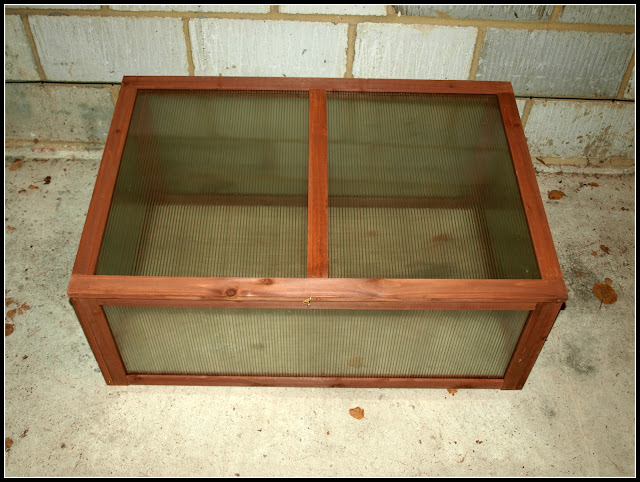 I have moved it round to the back of the house, to the place where its predecessor used to sit, and here it is duly filled with potted herbs: 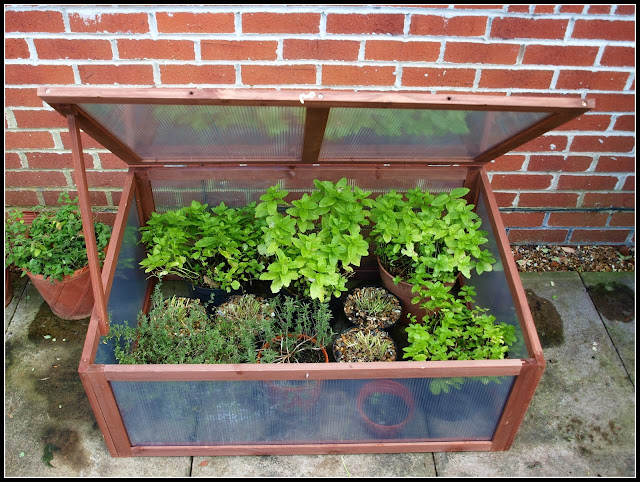 At least it has a strut for propping the lid open, which will be useful (though even that is held in place by one solitary screw).

My verdict: not a quality product, but certainly has the virtue of being lightweight if that's what you are after!