Today is "Guy Fawkes Day" (aka Bonfire Night, or Fireworks Night), the day on which we remember the Gunpowder Plot of 1605, in which Guy Fawkes and his colleagues were foiled in their attempt to blow up the Houses of Parliament with barrels of gunpowder. This day is normally characterised by the burning of an effigy of Guy Fawkes on a bonfire, and by letting off loads of fireworks.

This week I picked the final, final, FINAL, batch of Runner Beans. Here you can see them with a few of the "Turkey" chillis from the plants now ensconced in the garage. There will definitely be no more Runner Beans this year, because I have cut down the plants. 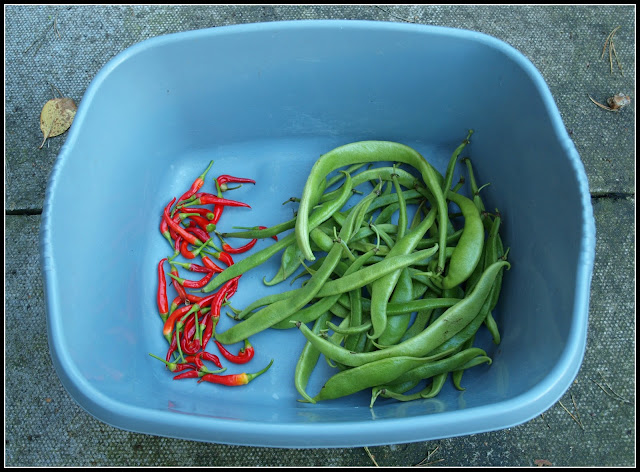 This week has also seen the harvesting of my first Parsnips of the year. 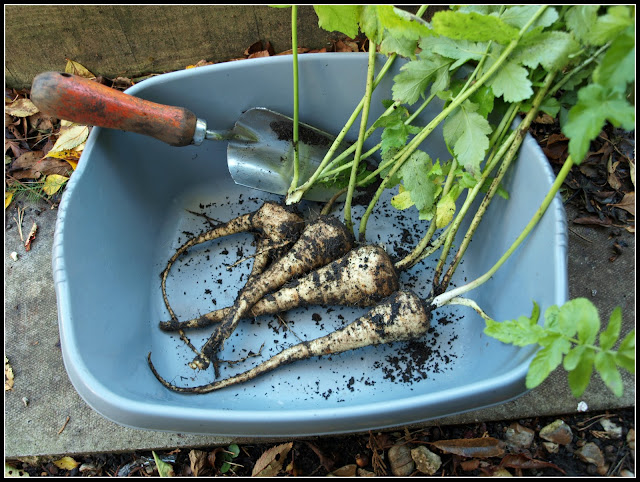 The first one I dug up was the wierdly-shaped one, and of course I was immediately worried that they would all be like that. Fortunately the next three were fine. Not as big as I would like, but OK. Cleaned-up they look quite good. With a few scars of canker on them I know they wouldn't win any prizes, but I also know that those blemishes are only skin deep and are sure to be concealing some lovely white flesh underneath. And if you could smell how strong their aroma is, you'd just KNOW they will taste nice! 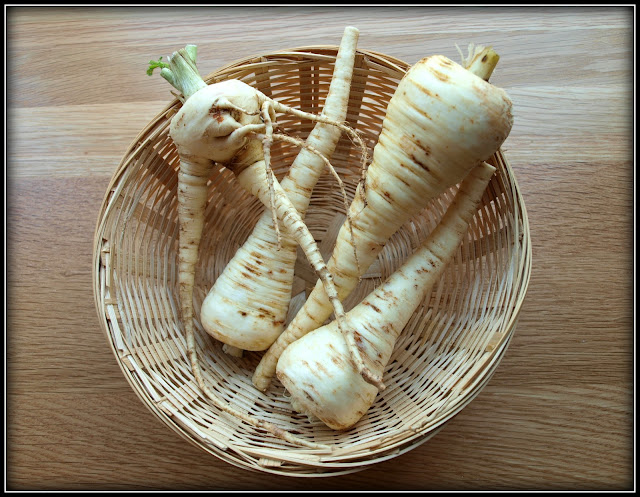 ﻿
I have plan for using these parsnips, but I'm not going to tell you what it is until I have seen whether it works...
Posted by Mark Willis at 16:00